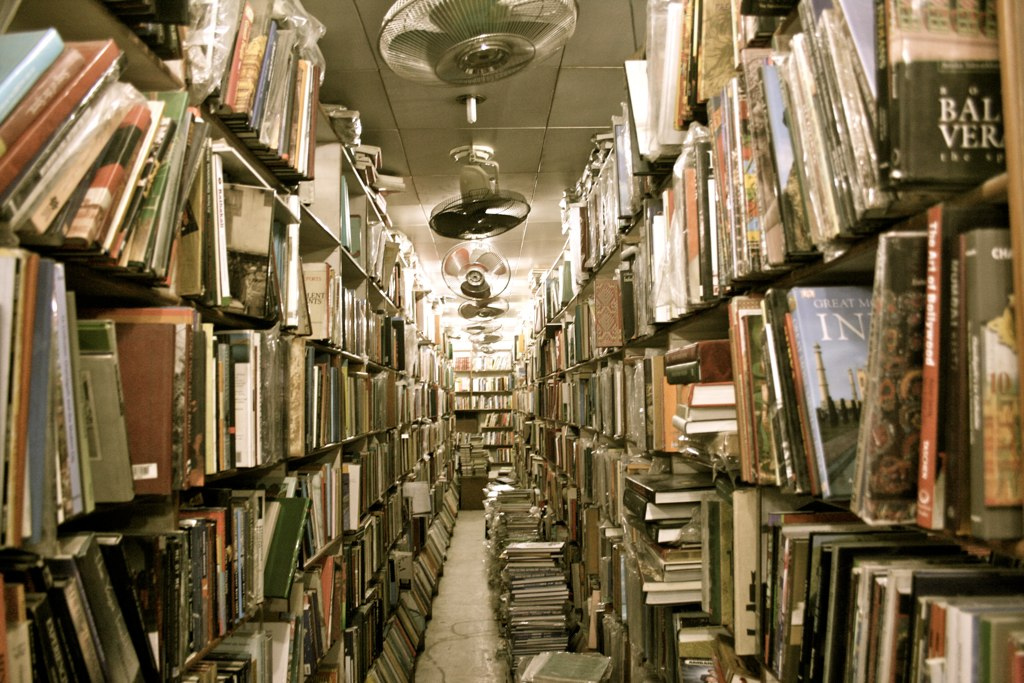 Best collection of non-fiction on India.

If it were a book, it would be thick, dense, informative, wonderfully engaging, but wrapped in unattractive grey paper. Manohar bookstore in central Delhi is that sort of hidden gem. “It has India’s best collection of scholarly books on Indian history, politics and society,” says Bangalore-based historian Ramachandra Guha. “Regular visits to the shop are mandatory for scholars working on India, whether desi or firangi (local or foreign).”

The book store’s another regular is the New York-based American author Geoffrey C. Ward, winner of six Emmy awards for his screenwriting (and also the winner of the prestigious US National Book Critics Circle award). Currently working on a book on Partition, Mr Ward says: “Manohar was a revelation. If it’s about India, they have it—or can get it. They have hundreds of thousands of books on every conceivable aspect. They’ve shipped scores of books to New York for me and I couldn’t possibly do my book without them.”

Situated on Ansari Road, home to India’s leading book publishing companies, the store is opposite the office of the Oxford University Press, a popular landmark. “No,” says Ramesh Chandra Jain, Manohar’s white-haired owner. “Oxford is opposite us.”

The bookshop doubles as a publishing and distribution company. Books from here are parcelled daily to Kyoto, Kolhapur, Heidelberg, Prague, Patna, Toulouse, Dublin, Bangalore, Boston, London and Lahore. “We have religion and arts, music and crafts, politics and cultural studies,” says Ajay, the owner’s son. “Which means we are a one-stop shop for academic needs,” adds his father.

What is scholarly for professors could simply be a pleasure read for a lay reader. The shop’s eclectic collection comprises titles that give a tantalizing glimpse into a world right under our noses, yet unexplored. Sample a few:

From Sacred Servant to Profane Prostitute
The Social History of Health and Medicine in Colonial India
Muslim Architecture of South India
Boats of South Asia; Pied Pipers in North-East India
Frogs in a Well—Indian Women in Purdah
Criminal Gods and Demon Devotees

The shop, spread over five floors, has 25,000 books. Many lie locked in the basement. The browsing area on the ground floor is divided by wooden shelves into two rows, with a seating space that has two coffee tables with eight low chairs. The late scholar Simon Digby, who divided his time between Delhi and the UK, was a regular. He would make two piles of books; one for immediate reading went to his apartment in Nizamuddin West, the other would be shipped to England.

The collection often springs surprises. In January 2011, an Australian researching India’s IT industry jumped with joy on spotting The History of Telegraph. One visitor, looking for books on ghosts, returned with Ghost: Life & Death in North India. Another visitor picked up half a dozen volumes on pepper. A professor from Gujarat comes every month to get books on hijras (eunuchs).

When it first opened in 1967, the shop was known as Prabhu Book Service. It was the second branch of its namesake, the original Prabhu is in Gurgaon, known for rare old books. That store was started by Jain’s eldest brother, Satyaprakash. Interested in books on Gandhi, natural remedies and personality development, he would buy books from the Sunday market in Daryaganj. Sometimes not knowing that he already had it, he would pick up another copy of the same book. Soon his room was overflowing with books and he decided to dispose of the spare stock by setting up a shop at home. The year was 1962, and customers would come by appointment.

Noting the books that sold the most, Satyaprakash hunted for more copies of these at the weekly Sunday bazaar. Soon a loyal clientele grew. Ramesh and another brother joined Satyaprakash’s business. A printing press came up nearby and, in 1967, the brothers opened shop on Ansari Road. A year later the family business was divided and, as part of the settlement, Ramesh got the Ansari Road establishment. He renamed it after his father, Manohar Lal Jain. Ramesh was 25 at the time.

In the early 1960s, Ansari Road was a sleepy neighbourhood, home to the paper merchants of Chawri Bazar and the jewellers of Chandni Chowk; most of them Jains who rarely dabble in any business that might involve animal matter in any form. Delhi then had no hub of high-end academic publishing along the lines of London’s Charing Cross. Nai Sarak in Chandni Chowk was known for school textbooks; Chawri Bazar had stores selling Hindu holy books; Urdu Bazar specialized in Islamic books. After UBS Publishers’ Distributors moved from Kanpur to Ansari Road in 1965, followed by Oxford and Mcmillan, the locality—close to the New and Old Delhi railway stations—became the first choice for publishers to set up offices. Today there are more than 200 publishing companies in the area. “We arrived before Oxford,” says Ramesh.

The initial years as an independent bookseller were tough. Help came from the US, where about 18 universities set up academic centres of Indian studies around that period. Scholars who joined these centres needed specialized books on India. Ramesh would send catalogues to the American universities. Word-of-mouth publicity helped. “People started dropping in,” says Ramesh. “They found the books and returned satisfied. If we didn’t have what one asked for, say, a book on the Brahmins of Maharashtra, we would search for all the books that were published on that subject and notify the customer.”

Over the years Ramesh built a system of searching for specialized books, based on experience and intuition. “We learnt that titles could be deceptive,” says Ajay. Showing The Delhi Walla a book called Oman and Muscat: An Early Modern History, he says: “You would think that perhaps only those interested in the Middle East would go for this book. But dip into it and you discover details on maritime trade in the Arabian Sea and maps of trade routes between western India and the Middle East.” The book has been finding many buyers, and not all of them are scholars on Oman or Muscat.

In 1970, Ramesh made his debut in publishing with Sikhs and their Literature, written by an American scholar at the University of Missouri. Today, his company publishes one book a week. He’s come a long way from the first year, when the shop’s annual turnover was Rs 2lakh.

In 2009, Ramesh went into semi-retirement. Son Ajay handles the customers and coordinates the staff while Ramesh sits upstairs, tracking share prices on business channels. He’s still restless. “I will truly arrive,” Ramesh says, “when people will start saying that Oxford is in front of Manohar’s and not vice versa.”

Don’t go by the cover A glimpse of Ansari Road