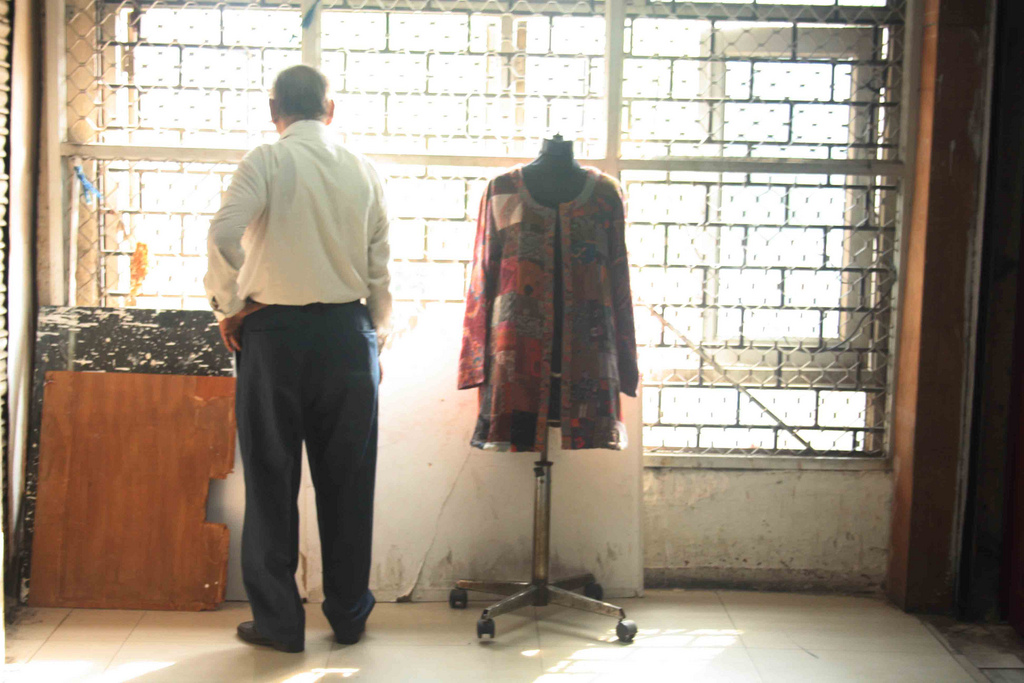 If a mall means a building networked with a series of shops, then the grey-coloured dimly-lit Mohan Singh Place is perhaps Delhi’s first mall. Opened in 1969, the building has seven levels; the market is made up of three floors, starting from the basement, which also has two grocers and two eateries. The Indian Coffee House, Delhi’s loveliest, shabbiest and most unpretentious café, is on the third landing. The remaining floors have the offices of New Delhi Municipal Council (NDMC), which owns the property. Named after Sardar Mohan Singh, one of the five Sikh building contractors of New Delhi (author Khushwant Singh’s father was one of them), the landmark is sandwiched between the PVR Rivoli multiplex and Hanuman Temple.

Young shoeshiners sit at the entrance. A weighing machine is installed beside the iron grills. Dogs snooze on the stairs. In afternoons, the shopkeepers take siestas. A few garment shops are only partially stocked. There seems to be more cleaning staff in maroon-coloured uniforms than shoppers.

Out of 126 shops, about 80 are of tailors and drapers, the rest mostly travel agencies. The shops were allotted to Partition-era refugees from Pakistan; some owners have sold their properties and moved on.

Naresh Chandra Varma has been running a tailoring and drapery store on the first floor since 1972. His shop is screened off from the gallery by transparent plastic curtains. Mr Varma gives a sense of what the place was like in the 1970s. “There were quite a few shops selling imported goods. Foreigners from eastern European countries would come to barter clothes and bags; exchanging Indian goods with what they had got from their lands. There were half-a-dozen dry fruits stores, and an equal number of shops selling vegetables. We’d many money changer counters, too. All that has vanished.”

One aspect, however, hasn’t changed: the loyal customer. The tailoring shops in Mohan Singh Place survive on patrons who have been coming for decades. “Every shop here has its regulars,” says Mr Varma, who is also president of the Mohan Singh Place Market Association. “It’s like a tradition. The gentlemen who would get their clothes made in this market’s shops now have their grandchildren coming here.” There have been certain transformations in sartorial taste. Earlier, most women would give measurements for salwar-kameez, now most come for formal trousers or casual denim wear.

A secret: Those in the know come to Mohan Singh Place to get tailor-made jeans (Tight/Semi/loose) — and at a very small price — get them labelled with brand names. In a showroom, you might get a jeans for Rs 3,000; here it would be one third of that price. Popular for making denim wear, the shops mostly get the cloth from wholesale dealers in Chandni Chowk.

The first floor also has a little studio by Janata TV, a little-known news channel. There, a shopper can enter and crib before the camera about anything — from ‘eve teasing’ to corrupt politicians. The rant is telecast on the channel. Ravi Kumar, the cameraman, says he gets at least five walk-ins daily.

“If NDMC gives it the look of a mall, then perhaps more people would come here,” says Mohammed Amir, the owner of Passage International, a travel agency that provide Haj and Umrah tours to Saudi Arabia. “Most visitors to Mohan Singh Place just pass through the market on their way to the second floor, which has the Indian Coffee House.” According to Mr Amir, the following types of people make up the clientele of the coffee house:

1)Those who want to sit in one place for an entire day on just coffee, priced at Rs 12 a cup.
2)Journalists and old people who want to gossip endlessly on politics.
3) Medical representatives who have to meet daily to coordinate target sales.

The market’s must-visit shop is in the basement. Stamp and Coins, store No. 32, has a vast collection of postage stamps. The owner is polite but — and this is refreshingly rare these days — not inclined to publicity. He won’t speak to The Delhi Walla, won’t give his name, won’t talk about his business — thank you very much. It is this soft stubbornness that makes up Mohan Singh Place’s charm. Grocer in the ‘mall’ Tuesday closed (only this eatery)