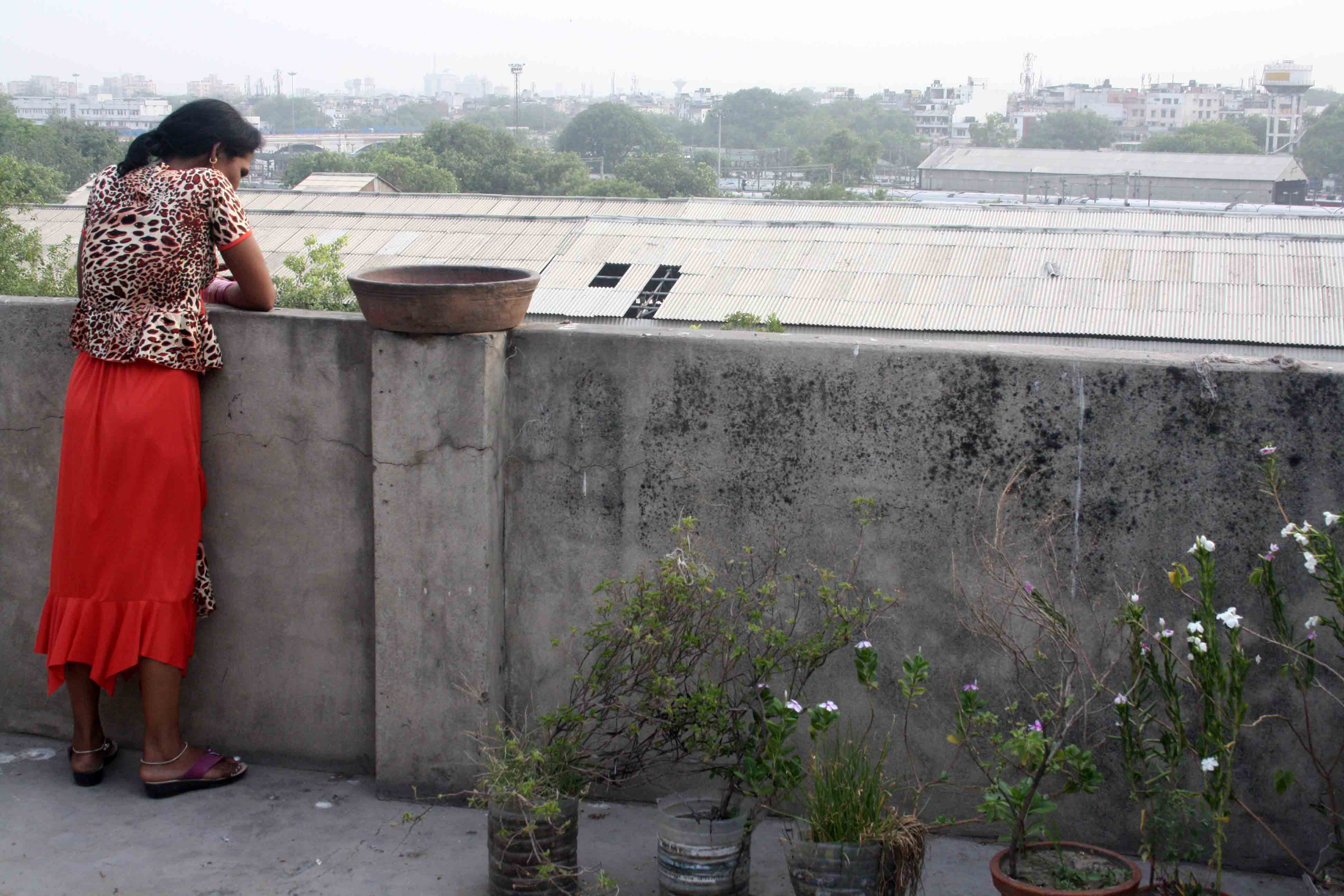 The Friday Times Review – On Nobody Can Love You More Raza Rumi discussed Nobody Can Love You More: Life in Delhi’s Red Light District, a book by The Delhi Walla in the Lahore-based weekly The Friday Times. Click here to read it on the magazine’s website, or see below.

WRITING ABOUT the lives of “fallen women” is a problematic endeavor, especially in South Asia where the morality of the middle classes defines the views of the “educated”. There is too much romance, tragedy or judgment in such writing. So for an English-language writer to humanize women (and increasingly men) who pursue sex work as a source of earning a livelihood is often quite difficult.

Three years ago, when Mayank Austen Soofi told me about his project, I could not tell him how difficult it would be to write a book about the sex workers of Delhi’s GB Road. Of course there have been some interesting books about South Asia’s sex workers in recent years. British author Louise Brown, for instance, wrote a wonderful account of life in Lahore’s Heera Mandi in her celebrated book ‘The Dancing Girls of Lahore’. Pakistani writer and activist Fouzia Saeed wrote another important book on the subject appropriately titled ‘Taboo: The Hidden Culture of a Red Light Area.’ Another book, though a work of fiction, is Feryal Ali Gauhar’s novel ‘The Scent of Wet Earth in August’. It tells the moving story of Fatima, a mute girl from the red light area, and her romance with one Maulvi Basharat from the mosque nearby. I liked Gauhar’s book for exposing the hypocrisy of a moralizing society while adding nuance to characters that were both victims and perpetrators of injustice.

It was a chilly evening in Delhi when Soofi made me read the first five chapters of Nobody Can Love You More: Life in Delhi’s Red Light District. My trepidation vanished into thin air as soon as I read the prose, which was nothing like what I had read before on the subject. This book was about characters from the universe of a GB Road kotha, the North Indian equivalent of a salon, a place of performative art and sexual pleasure. I lost touch with Mayank for nearly a year, but having re-read those chapters now, I find them even more visual and melancholic than before.

Soofi spent endless days, and sometimes nights, at one particular kotha. He immersed himself in the everyday lives of the women, their children, their pimps and clients, and saw it all not as an outsider but with an empathy and humanity that can only be garnered when you leave your preconceived notions before the act of writing.

There is usually too much romance, tragedy or judgment in books about South Asia’s sex workers

Nobody Can Love You More is an elegant book, striking for its simplicity and seamless flow that neither shocks nor titillates the reader. In fact, it is the humanization of its subjects that is a major victory of this book. The kotha women are just like other women of the city: they cook, they clean, they visit temples and shrines, they have moments of hope and despair, and the same old, perennial need to be understood and perhaps loved. The ambience of the place is well captured:

“Getting off the rickshaw, I enter the corridor in GB Road. Women are standing at the entrance to the stairs of number 300. I notice a new woman amongst them. Very thin, she is in a red top and blue jeans, the legs of which are rolled up to her knees. She doesn’t know me and, mistaking me for a customer, she says ‘Come, talk to me.’ The other women laugh and tell her I’m not a client. She moves aside. I walk up. On the first landing, I find Phalak sitting in a corner. She is feeding Imran. Phalak greets me and does not try to hide her breasts. I try not to see them.”

An utter lack of sentimentality is what makes this book even more readable. At the same time, it is not apologetic either of what the inhabitants of GB Road do. In the book, Soofi even quotes people from the concentric circles of kothas who understand these women and accept them as a slice of the larger reality of Indian life.

There are signs of the substantial effort and work that went into this book. Soofi had to stay with the sex workers, eat their food and drink their unfiltered water. More importantly, he had to open up in front of them in order to establish mutual trust and connection. It is clear that most of the individuals interviewed for the book appear to be thoroughly comfortable with this outsider-insider guest. The stories that the book brings forth are also engaging. For instance, Nighat, a younger prostitute, says in the book: “You don’t know what happens when there is nothing to eat at home.” In other cases, there are women who have also earned freedom through sex work and therefore dread the thought of rejoining their families. There are some engrossing accounts here of how older sex workers find refuge in the GB Road world.

But Nobody Can Love You More is also a story of the author and his ability to shed his own prejudices and amend attitudes. Soofi has grown as a writer and blogger in the last 8 years. Originally from UP, he is very much a Delhiwalla now (his popular website has that title). His evolution as a writer has not been restricted to style alone. There is a marked ability in his work to embrace and imbibe Delhi’s cultural diversity. As a devotee of the Sufi dargahs, his writings indicate a unique view of the Muslims and the “Muslim problem”. Even the central characters of Kotha # 300 of GB Road are Muslims – Sabir Bhai and his 5 women. Unlike many other journalists, he reserves his judgments. While he is omnipresent in the narrative, the voice of the narrator seldom becomes overbearing. If anything, it merges into the story and is sometimes quite insightful: “Their bodies are commodities… they guard their thoughts and memories more closely than others. Could it be they cherish their secrecy because there is no secrecy about their bodies?” Mayank also quotes Manto in one of his chapters and, citing the story Kali Shalwar (‘The Black Trousers’), he connects the past of Indian prostitution with its present and finds common threads. In his encounter with a local journalist-poet, he brings this memorable couplet to the reader, which quite tellingly reflects the mood of the book:

She is the one you never considered a woman

But in truth she is the real woman.

There is a revealing comment towards the end when Phalak says: “If a Muslim dies in the red light area, it is difficult to get a maulana for his funeral procession.” It is not that the narrator does not get irritated or shocked at how women live in this area. But his honesty turns it around, allowing the reader to easily move on without judging the attitude.

The book is interspersed with stunning black-and-white photographs that bring out the inner and outer facets of GB Road and its real protagonists. The writing is light and often playful. Despite the repetitive themes and stories, the reader wants to know more about such people and hear more authentic voices.

As a first major work by Mayank Austen Soofi, the book is not free of bends and empty corners. At times one wishes to know more about a situation, but the narrative moves too quickly.

By exploring the ordinary stories of extraordinary characters and by documenting the neglected corner of a buzzing metro, Nobody Can Love You More becomes an important work beyond the confines of political reporting, meta-narratives of history and sexy snippets of urbanity. Here is a book essentially real. And therein lies its power.