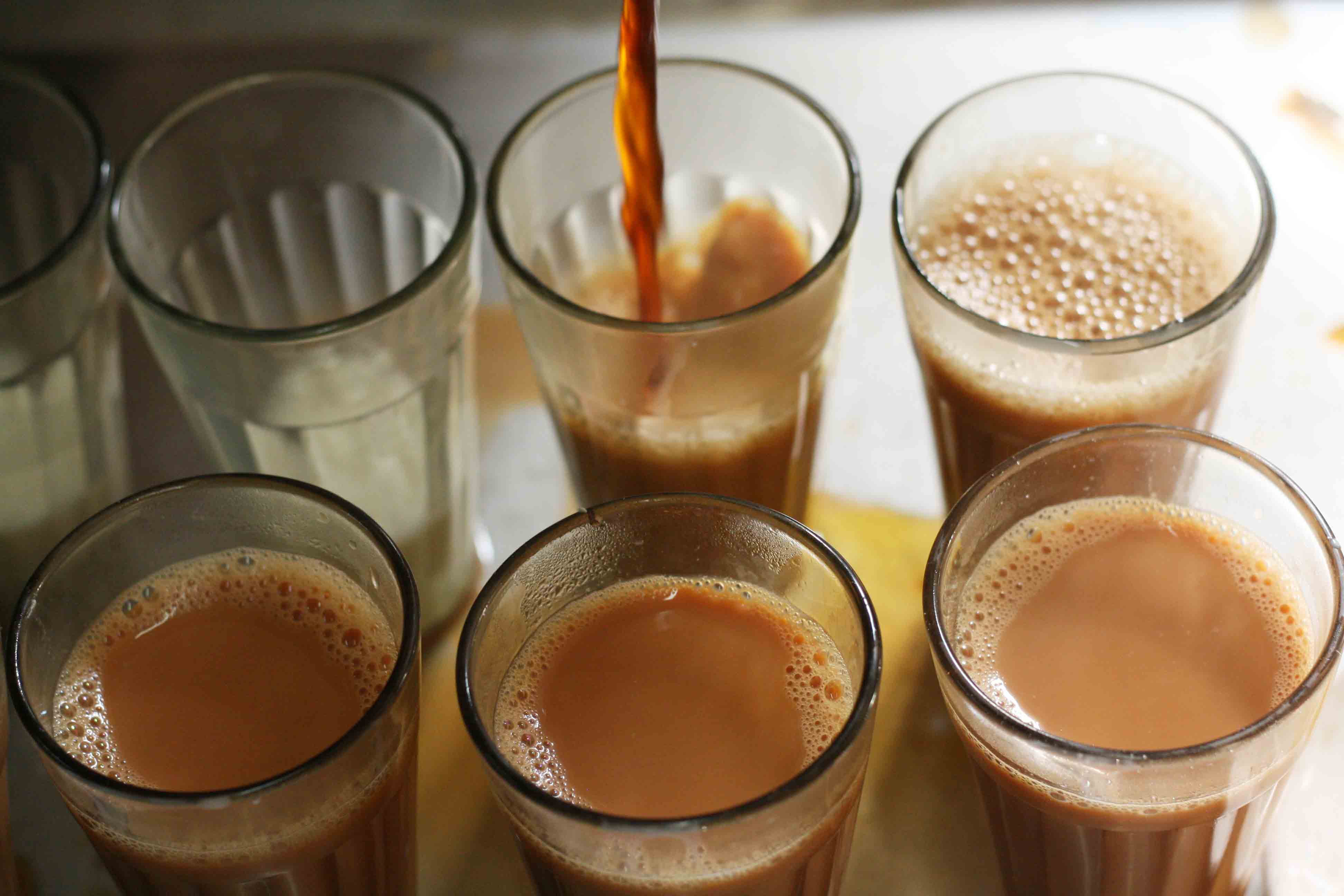 A sip of the Walled City.

The tea here is dark and strong. But you must not come to this cramped chaikhana, or the tea house, for its invigorating brew alone. Visit it to savour its ambience that is made up of old bearded patrons, old wooden chairs and old chipped china (you are likely to be served in a glass tumbler unless you request otherwise).

Equally fascinating is the scene on the street outside the tea house: women, fattened goats, children, beggars, maulanas, balloon sellers, donkeys and so on.

Indeed, if you are sincere about experiencing the real life of purani Dehli, aka Shahjahanabad, then having a tea in this joint is perhaps more appropriate than clicking photos in the Red Fort or doing a heritage walk in the bazaars.

Places such as the Modern Tea House are found in every historically-interesting city. They are not monuments, to be sure, but somehow manage to retain a sense of the time in which great histories happened. Here, you don’t see the past, but feel it. Despite being shrines to heritage, such places refuse to be museums. Instead, they remain alive and seem to belong to yesterday as well as today.

The Walled City has at least a dozen chaikhanas hidden in narrow lanes and streets. They serve tea and classic tea-time snacks such as fen and rusk, which are made in the area’s local bakeries.

Modern Tea House, however, has a modern toaster, thanks to which you can have your chai with buttered toast. A Bisleri mineral water bottle is kept on each of the five tables.

The owner Muhammed Khaleel has a quiet temperament. Always dressed in a spotless white kurta, pyjama and topi, he sits on a throne-like chair placed at the entrance and reads one Urdu language newspaper after another. Sometimes he keeps his head down on the desk and sleeps. Sometimes he writes—the pages of his account book are filled with jottings in Urdu. “They are balanced sheets, not poetry,” he says.

The shop was opened by Mr Khaleel’s late father in 1967. The old man was a bhisti, the traditional water sellers who drew water from wells and kept it cool in a goat-skin bag (you may still spot an occasional bhisti or two hawking water outside holy places such as the Sufi shrine of Hazrat Sarmad Shaheed near the Jama Masjid).

Open daily from 7am till midnight, the chaikhana offers many distractions. Those with a fascination for old objects could be enchanted by the ancient wall clock (the needles move). The curious among us may like to eavesdrop on the conversations of the tea drinkers. Most of them chat on national politics and matters concerning their neighbourhood mosques.

Some of us might be taken in by the interiors. A large-ish tea strainer hangs by a switchboard. A drawing of the Sufi shrine of Ajmer Sharif, possibly cut from a newspaper, is stuck on the wall, beside the illustration of the Quran. There is also a photo of a flower vase.

The white tiles on the walls have yellowed with years, and have the exact shade of the yellowed pages of old musty books. In fact, in this tea house, you yourself might feel transported inside an out-of-print Shahjahanbad guidebook.

This memorable Old Delhi experience is yours for the price of a cup of chai—just 10 rupees (5 rupees extra if you want it to be very milky and sweet).

High tea in the historic quarter