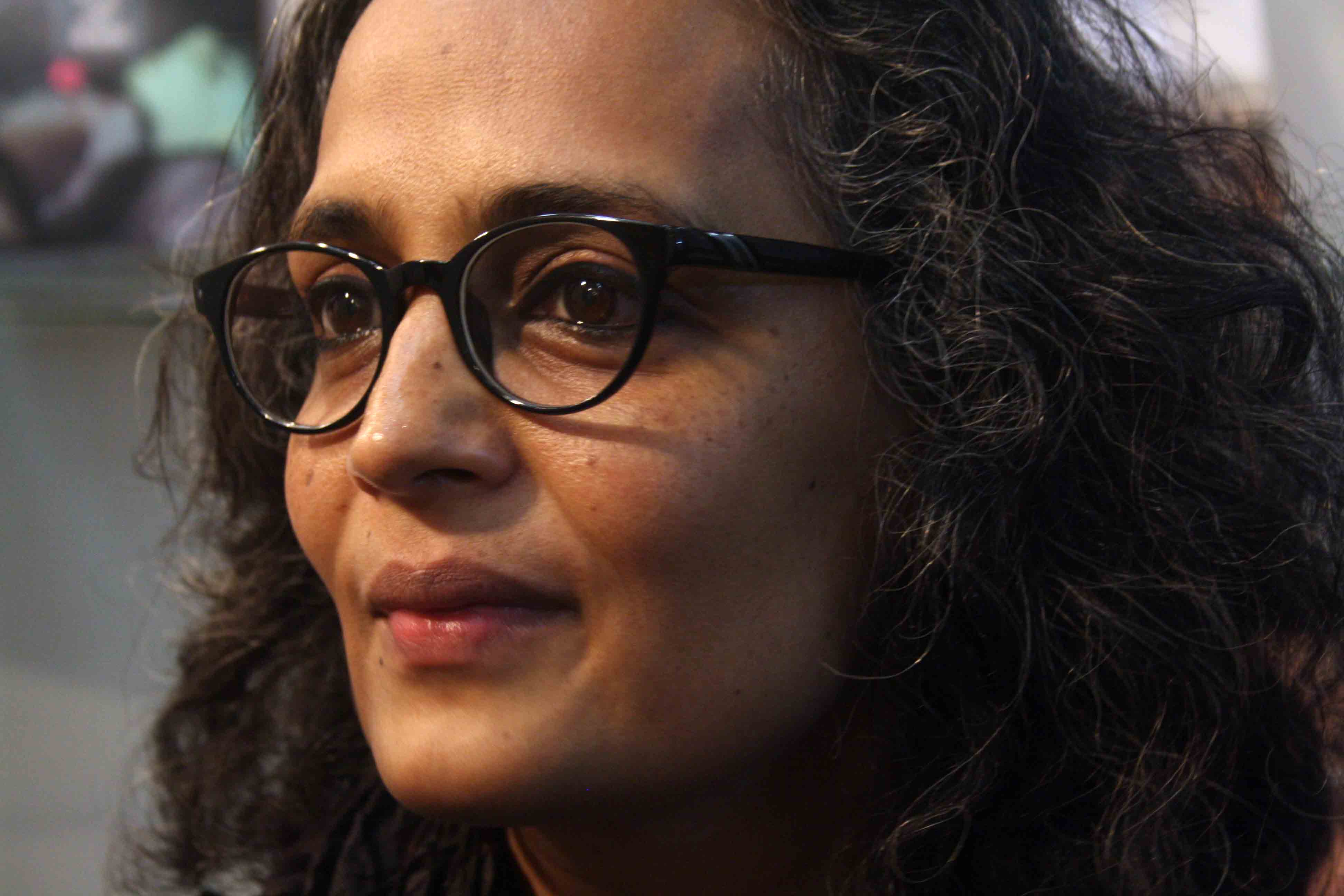 We’ve got that e-mail.

The Delhi Walla is in possession of a most explosive e-mail concerning author and academic Ananya Vajpeyi – she attacks author Arundhati Roy, but secretly, slyly.

Ms Vajpeyi is the Delhi-based author of Righteous Republic: The Political Foundations Of Modern India. Ms Roy is a Delhi-based writer whose works are followed by millions of readers worldwide including myself.

In March 2014, Ms Roy published The Doctor and the Saint, a long introduction to anti-caste leader Dr B.R. Ambedkar’s iconic essay The Annihilation of Caste. Next, author Akshay Pathak criticised Ms Roy’s essay on a public website in unusually harsh words. Next, Ms Vajpayei sent a confidential e-mail to Mr Pathak in which she tipped him on legal ways to ban Ms Roy’s essay. (It so happens that Ms Vajpeyi is herself working on a book on Dr Ambedkar.)

That mail by Ms Vajpeyi to Mr Pathak has somehow found its way to many inboxes in the capital, producing much outrage. It is reproduced below.

dear akshay,
i seem to have gotten on your mailing list somehow. have we met? Do we know one another? please forgive me for forgetting if we have, and remind me where and when it was.

i haven’t followed other aspects of your writing, but ambedkar is a subject of interest to me, so i did read your post on roundtable india that you passed along.

one of the things not known to many people is that the writings of phule and ambedkar are controlled and managed by an especially constituted committee with an office in mumbai. it is this committee that has brought out some 22 volumes of ambedkar’s selected works over the years. It was originally headed by the distinguished ambedkar scholar, the late vasant moon, and it has a statutory status in the government of maharashtra, department of education. it basically has all the source materials — the published and unpublished corpus of phule and ambedkar — and is responsible for bringing these out in published form at a low price affordable for a wide cross-section of readers. you may have seen the blue and white hardbound volumes of ambedkar’s selected writings produced by this committee.

it is my understanding that without explicit prior permission from this committee, no work by ambedkar may be annotated, edited (critically or otherwise), and published for profit in the public domain by any writer, editor or publisher. if anyone does so, it a violation of copyright and may attract — in fact should attract — legal action.

while most of ambedkar’s writings circulate freely on the Internet, and have circulated in print form inside the Dalit movement even before the Internet made it so easy for text to travel, the legal standing of the committee with respect to ambedkar’s works, and its right to decide what happens to those materials, is not to my knowledge in any kind of danger or dispute.

the new volume you have discussed in your article does not appear to have been prepared with the requisite prior permission of the committee. if it has, then no such permission is explicitly mentioned, nor is there any mention of who owns copyright of the original work, annihilation of caste.

to my mind, this sort of a publication is provocative because it invites legal action from the committee, but knowing full well that it would likely only benefit the book in terms of publicity and sales were such an action to be taken. at that point arguments like “ambedkar is bigger than someone or other’s copyright” and “ambedkar belongs to us all” would probably be made with much self-righteous defiance.

but the truth of the matter is, without a stable, consistent, and carefully tended corpus of source materials, not just of ambedkar’s writings but those of so many others, like gandhi, nehru, tagore and countless historically important figures, and without some checks on who can publish what and add what notes and make what editorial decisions, scholarly and historiographical work completely loses any kind of verifiable objective basis.

ambedkar is doubtless important for us all, but his works are not a free-for-all. a person who is a publisher not a scholar, and a writer who is an essayist and novelist not a scholar, arguably have little standing or authority to first of all take as their own, and then substantially meddle with, a text like annihilation of caste. without the copyright-owning committee’s express permission, their claim to be putting forth “an annotated critical edition” is further disqualified.

i am telling you this in confidence and not in a public forum because you seem to have a genuine concern for the way in which ambedkar gets appropriated and represented. i myself work on ambedkar, and so have no desire or intention to engage with other people’s illegalities and self-promotion. when i am ready with my book, it will contain everything substantive i have to argue about ambedkar’s life, work and importance to us as a nation. but perhaps you could alert activist and ideologue friends in this field that this book that you and they are so exercised about has legal and procedural issues besides having the discursive and political problems that you have so ably alluded to in your article.

let me emphasize that this is a private email to you. i have only a cursory though civil acquaintance with arundhati roy, whose writings, like you, i have followed and admired for many years. in my view, she could have published an essay on gandhi and ambedkar as a standalone long essay or short book without attaching it to an illegal edition of annihilation of caste, but i suppose she knew what she was doing and had her reasons.

in any case, the particulars of which book, which writings of ambedkar etc., and these individuals who have brought out the volume in question, are of no importance in and of themselves. the concern is that if anyone gets up and impugns the phule-ambedkar source material publication committee, genuine scholarship is going to become harder and harder to do, and the public will be distracted and confused by all kinds of jumped-up versions of texts that we really ought to treat with the greatest respect and seriousness.

better that ambedkar’s own words, un-annotated and un-edited, circulate for free or for next to no cost, without anyone pretending to promote, champion, better, or interpret them (and this has gone on now for decades, just fine), than that we have this elaborate mechanism for verification and authorization which is then openly flouted and circumvented because someone is in a hurry or imagines that he/she knows better.

besides my book, righteous republic: the political foundations of modern india (HUP 2012) which you may have seen, i have been writing on ambedkar and gandhi more or less consistently for the past few years, here is just a very select sample —
http://www.telegraphindia.com/1130630/jsp/opinion/story_17020658.jsp#.UxqcuUK1aeU

i have a piece forthcoming in the EPW within the month.

i hope we can be in communication on this and other matters of mutual interest. since i don’t know you at all, i’d be grateful if we kept our emails between us. maybe we get to meet soon. i live in delhi, and work at a place called CSDS. you might know my husband, he’s a journalist and writer and his name is basharat peer.