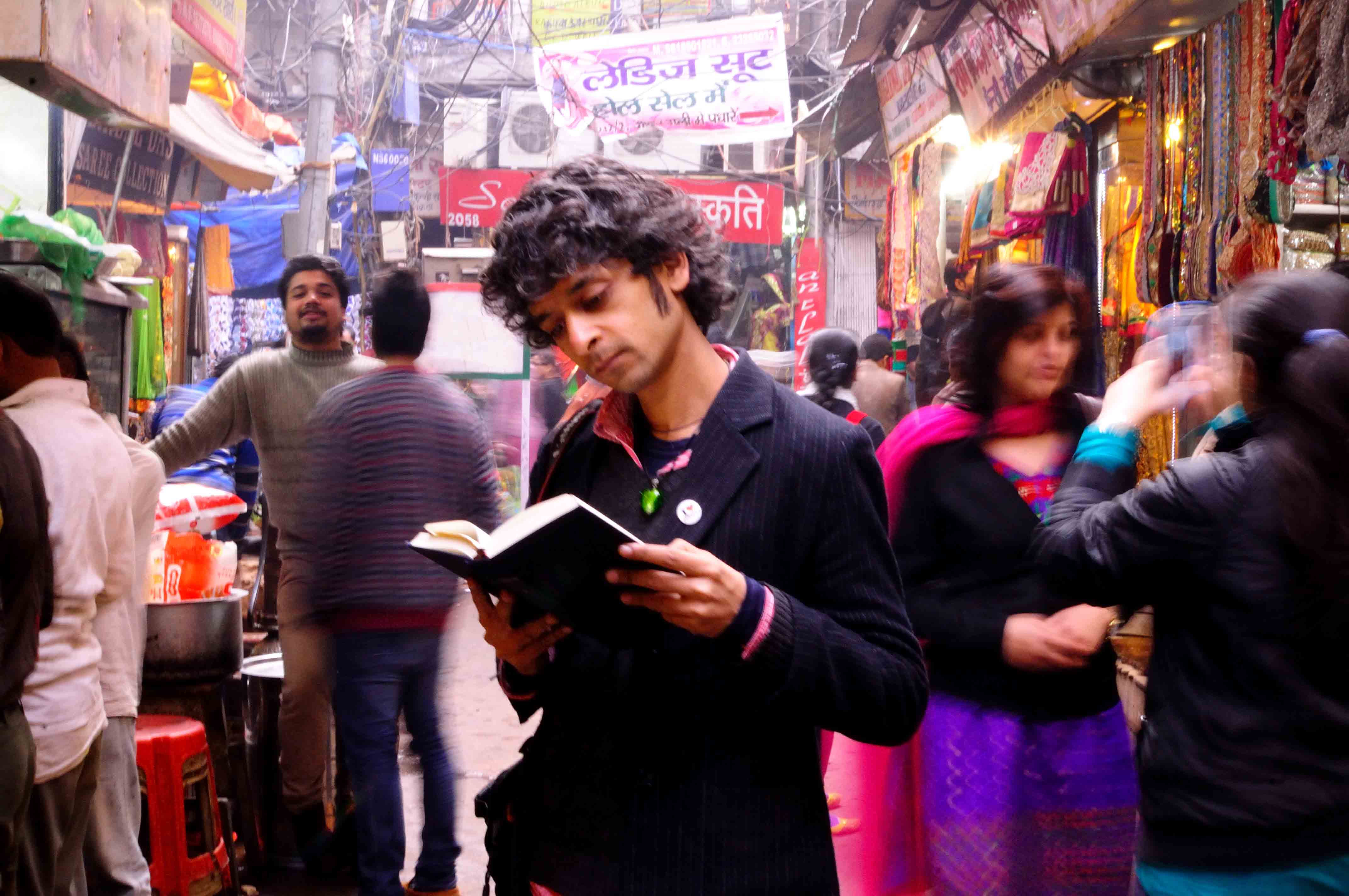 It is 9 pm. The Delhi Walla is in the guest room of a friend’s apartment in Delhi’s fashionable Hazrat Nizamuddin East, along with a bedside lamp, a silver coffee pot and two croissants.

I switch off all the lights, get into bed with a notebook and pen, and turn on the lamp.

Propped against two pillows, my face lies hidden in the shadows.

I am Marcel Proust.

After reading his seven-volume novel In Search of Lost Time in 2013, I longed to experience Proust’s exhausting writing hours. The French author rested during the day and wrote at night; still the book took 13 years of his life. I’m recreating this life for a night. To be Proust, I need to possess his supremely cultivated aesthetics as well as his wealth — both denied to me.

But I can be Proust for a single night.

Proust never worked for a living; he lived on his inheritance. As a gentleman of leisure, he never wore the same underwear twice. His towels were of fine cotton; there were 25 of them at any given time in his toilet. He knew the most influential salon hostesses in Paris; he was a regular at the Ritz.

I have had high tea at The Imperial hotel on Janpath only thrice.

Besides, to be like Proust, I would need to be an aesthete of the highest order. It would require an innate appreciation for music, architecture, history, painting, philosophy and cuisines. I would need to become a skilled raconteur and develop an ear for society secrets. Most of all, I would need a gift for sustained concentration, whether I’m listening to a Wagner opera, or gazing at a Vermeer painting, or reading a John Ruskin volume, or minutely examining a pattern on an evening gown.

And even with all of these gifts, I would not yet be Proust.

A temperamental man, he was forced to spend the most productive years of his short life in bed, from where he lorded over all the characters in his life, both fictional and real.

But I can still strive to be Proust. All I have to do is follow the lines I read in an old Modern Library edition of his novel in which he was described as a victim of chronic illness who “barricaded himself in his apartment, swathed himself like an Egyptian mummy, drew his shutters and curtains to exclude the light, and there recorded his chronicle of things past”.

I too have barricaded myself in this room. This experiment demands such a minimalist setting that it could have been easily performed at, say, my parents’ home in east Delhi, but Proust would not have been seen dead on the wrong side of the river.

It is nearing 10 pm and I’m attempting to write the opening passage of a novel that, like Lost Time, will convey a set of feelings and ideas its author has experienced and analysed over the years.

The friend is watching news in the other room. Proust also always had someone present in his apartment. He lived with his parents until their death, and for the last nine years of his life, he was under the care of his housekeeper. Celeste Albaret was also Proust’s cook, secretary and a confidante with whom he talked for hours. However, when he worked on his manuscript at night, nobody entered the room unless summoned by his bedside bell — his life symbolizes our romantic idea of a writer who shuts out the world and immerses himself in searching past sensations. Those experiences are then recovered and interpreted to create a profound truth.

If I could become Proust by imitating his habits, I would immediately embark on a starvation diet. In her memoirs about her employer, Celeste wrote that the novelist daily consumed only two bowls of café au lait and two croissants — and sometimes just one.

I have finished both the croissants and the coffee too within 2 hours of becoming Proust. And now my stomach rumbles gently, reminding me that I am not the author I pretend to be.

On a lighter note, the Proustian novel that I have yet to start on tonight can repeat the legend of Lost Time only if its fortunes follow the exact footsteps of the original. For that to happen, at least the first volume of my novel should be utterly unreadable to its initial readers, and must be rejected by all major publishers. I must be forced to publish it with my own money.

But once the novel enters the world, it must give the literary circles a taste of unknown pleasures. Gradually, the world that had failed to understand it would marvel at the new territories charted by the novel. I would, however, remain a recluse and continue to work on the final volumes until the afternoon of my death.

It has grown very quiet except for the long drawn-out whistles of train engines from the Hazrat Nizamuddin railway station. We must have entered the second half of the night. I look at the watch. It is a few minutes after 2 am. Somewhere in his vast novel, Proust wrote that “one hour is not merely an hour, it is a vase full of scents and sounds and projects and climates”.

I have been Proust for about 5 hours, but have written not a single line. Perhaps it is a vain attempt to bring forth a dream novel. It is probably somewhere beyond my reach. Maybe I should give myself a few more years and return to the novel when not much of my present remains, when some of my friends are gone, when things that look so lasting today are broken and dispersed. In that rubble I shall stumble upon the feelings of the past, waiting for deliverance. Until then, I must read and write and observe the rich life of Delhi, so that when I do become Proust, trapped in bed with my quill in hand, I will have much to remember.

1a. (Photo by Manika Dhama)

6b. (Photo by Pradeep Gaur)