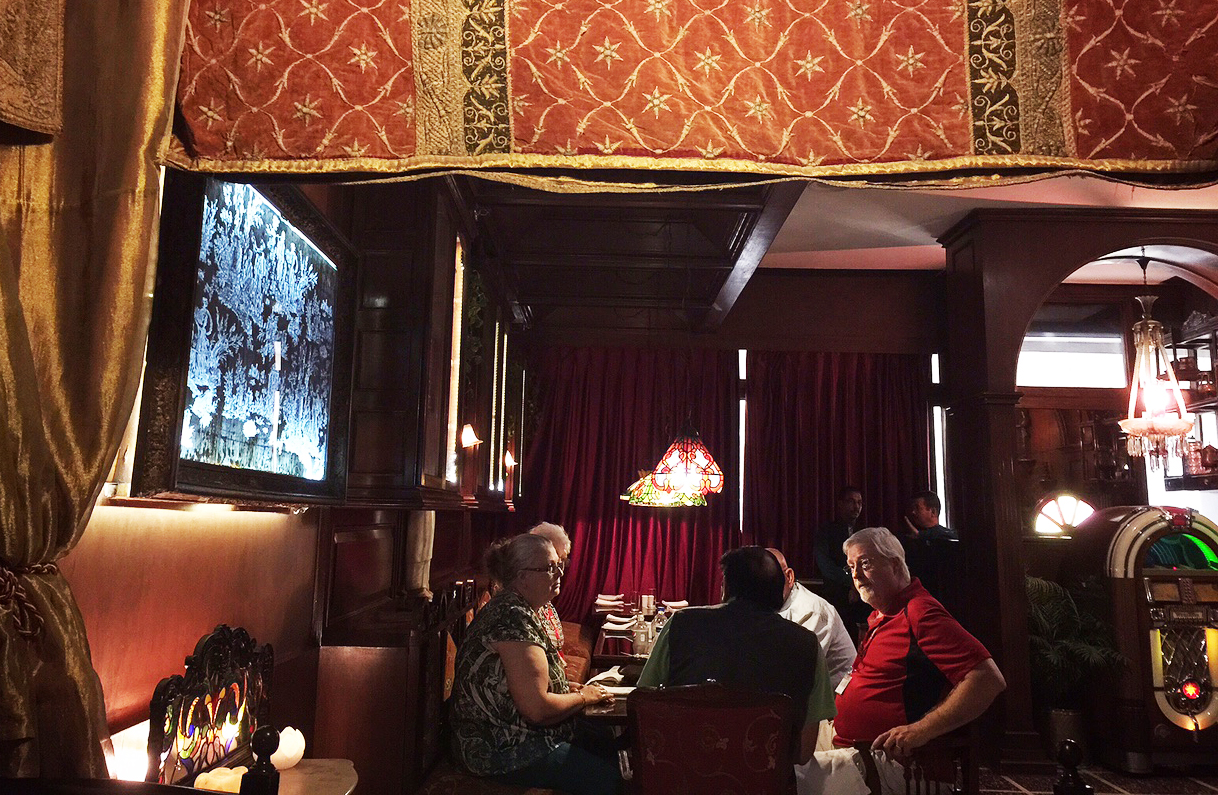 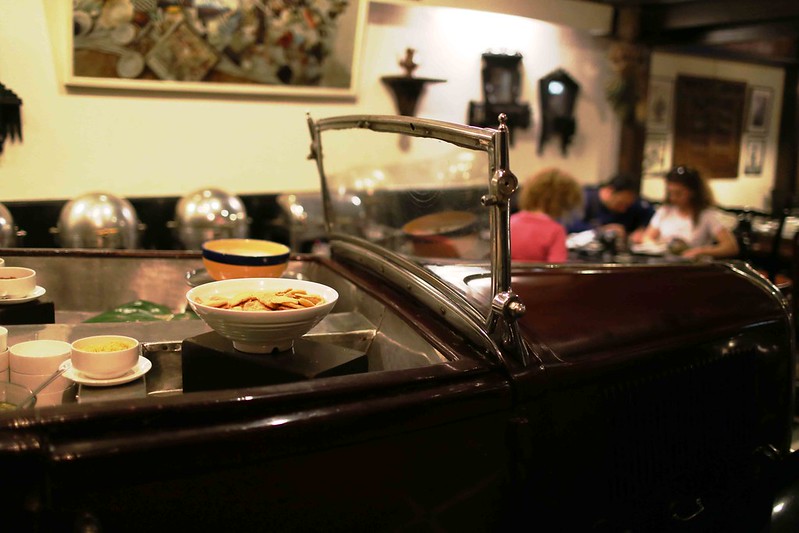 A trip to Kashmir.

If you throw a few stones standing somewhere south of Khan Market, you might not hit many Delhiwallas under a certain age, but you are likely to hit many who’ve heard of Chor Bizarre—a fixture on any write-up to do with the Capital’s fine- dining scene.

Now past the grand old age of 25, Chor Bizarre is more familiar to visitors and expats than to the locals. Its mystique remains intact. On a recent evening in Hotel Broadway, which houses the Kashmiri cuisine restaurant, a professor from Italy was giving a woman from Delhi a quick tour of the place.

The restaurant occupies a unique location—it stands at the point where New Delhi gives way to the old city, on Asaf Ali Road, just a hop and skip from the Walled City. The quirks of Shahjahanabad spill over; Broadway stands next to the sex clinic Taqat Shafikhana.

For a whole generation, Chor Bizarre has been the coolest thing in this part of town. The slow gentrification of Old Delhi could in the future dent its status as the best hang-out here. There could be a bit of competition from Dreamers Café, which opened atop a four-storey building on Asaf Ali Road two weeks ago, giving patrons views of the nearby Connaught Place and the kite-filled skies of Old Delhi. But if such newcomers can deftly repackage the Delhi experience, our classic restaurant has mastered the art of survival through reinvention.

A part of Broadway, Chor Bizarre is the flagship property of Old World Hospitality, which also runs the award-winning restaurant Indian Accent and the eateries at India Habitat Centre.

Stepping into the dimly lit restaurant is like entering into a time when our mothers were young maidens and dreamed of marrying Hindi film actor Dev Anand. Old Hindi songs from his era play non-stop. One can’t sit through a meal without hearing at least one Mohammed Rafi song from Dev Anand’s film Guide. These romantic songs have become white noise for the stewards. One of them says he notices the music only when the CD player stops.

A few staffers have been with Chor Bizarre since it opened in May 1990. Shamshad Ahmed has been here since 1991. Devendra Kumar, who knows the name of every regular and remembers every detail of their eating preferences, arrived in 1990, when the restaurant didn’t exist and Broadway’s in-house guests dined upstairs in a no-frills hall. Kashi Ram has been a waiter since 1978. These long-time servers give the restaurant its courtesy, class and gravitas. As the world outside changes furiously, this place has stayed unchanged.

It must be said that the onslaught of international and regional cuisines on Delhi’s restaurant scene hasn’t completely wiped out the traditional hot spots. The colonial-era Connaught Place retains some of its early landmarks such as Kwality Restaurant, The Embassy Restaurant and The Host. Neither has the city lost its culinary institutions in five-star hotels, such as Orient Express, which opened at the Taj Palace in 1983, or Bukhara, which opened at the ITC Maurya in 1978. Chor Bizarre is also not the oldest restaurant on Asaf Ali Road. That honour goes to Bhaja Govindam in the nearby Delite Cinema building, a decade older than its neighbour and a lifeline for vegetarians lost in the carnivorous lanes of Old Delhi.

Yet Chor Bizarre is special in many ways. There’s no place like it in Old Delhi—the legendary Karim’s at Jama Masjid can hardly be described as a fine-dining experience and the forlorn-looking Moti Mahal near Golcha Cinema is past its best days. Chor Bizarre is also the only swish restaurant in the city to offer Kashmiri cuisine (after Kashmiri Club at The Ashok Hotel shut down long ago), though the menu here also includes north Indian dishes.

Also, Chor Bizarre is that rare Delhi establishment whose clone has managed to make its presence felt in a truly world-class city. Located in London’s exclusive Mayfair district, it was opened in the UK by group chairman Rohit Khattar, who had set up the first Chor Bizarre. Four years ago, The Independent included the London outlet in its list of “100 Best Restaurants in London”. The New York Times food columnist Mark Bittman called it “just as wacky as it was in its original location in Delhi”.

The Delhi outlet is decked up with all the madcap curios you’d expect from a place whose name puns on Chor Bazaar, or the Thief Market. Each table is different. One has sewing machine pedals. Another has Kashmiri jewellery displayed under its glass top. The salads are arranged on a vintage car (see top picture). The walls have framed portraits, some of which look like covers of Victoria Holt romances. One shelf has a complete set of Lenin’s speeches. Talking of books, one of the best stalls of the famous Daryaganj Sunday second-hand book bazaar is set up every week right outside Chor Bizarre.

The restaurant’s signature platter is Tarami, a copper plate comprising rice and Kashmiri dishes such as tabaak maaz and haakh. The more elaborate wazwan is set up on advance order. Actor Sharmila Tagore attended one here a few weeks ago. Actor Shashi Kapoor would always drop by during his visits to the Capital. The hotel’s senior general manager, Pratik Sinha, who has been involved with the restaurant since its inception, says, “Shashi Kapoor would always say politely in pure Hindustani that ‘Janab (sir), what will you serve me today… Give me whatever you feel like, but please give it from the heart.”

The restaurant’s waiters recall the luncheon visit of Pakistani leader Nawaz Sharif in 1991; he had come to Delhi to attend Rajiv Gandhi’s funeral.

You’d have to be really unlucky if your dinner at Chor Bizarre passes without spotting a single Page 3 face. One evening, the Turkish ambassador and his wife were seen dining with publisher and bookseller Anuj Bahri Malhotra. Another evening, artist Shuddhabrata Sengupta was seated with author Aman Sethi.

The big chunk of the restaurant’s revenue, however, doesn’t come from its regulars, some of whom have been coming here for generations, but from group tours of foreign tourists who come for lunch.

The story of the afternoon clientele mirrors the changes in the area. Initially people working in the pharmaceutical companies situated on Asaf Ali Road would drop in for lunch. There were also brokers from the nearby Delhi Stock Exchange, where the trading came to a stop at the turn of the century because of negligible turnover. It resumed its activities in 2009 but was derecognized by the Securities and Exchange Board of India last year.

By then, most companies in the vicinity had moved out to the satellite towns of Gurgaon and Noida, causing a steep drop in the lunchtime sales. The management addressed the crisis with a decision that transformed Chor Bizarre’s character. Travel agents were aggressively sold the idea that the daily sightseeing bus groups should head to the restaurant right after the stop at the nearby Gandhi Samadhi in Raj Ghat, where most groups conveniently reach just around lunchtime.

Since Westerners can’t be expected to survive the restaurant’s deliciously heavy and spicy food, a special three-course meal was devised. For instance, the Murga Maska Marke, essentially butter chicken, has absolutely no red chilli powder. But Sinha assures us, saying, “The food served to the rest of our customers is made as per SOP (standard operating procedure).”

Meanwhile, the management may change its tune for the first time in 25 years. “We’ve been playing film songs from the 1960s and 1970s all these years,” says Sinha. “But now we have a new generation coming to our restaurant and for them it’s the Rishi Kapoor and Amitabh Bachchan songs of the 1980s that are the golden oldies.”

This could mean that very soon Raat Chandni Mein Aur Tu might be followed by I Am A Disco Dancer. Warn your mother. 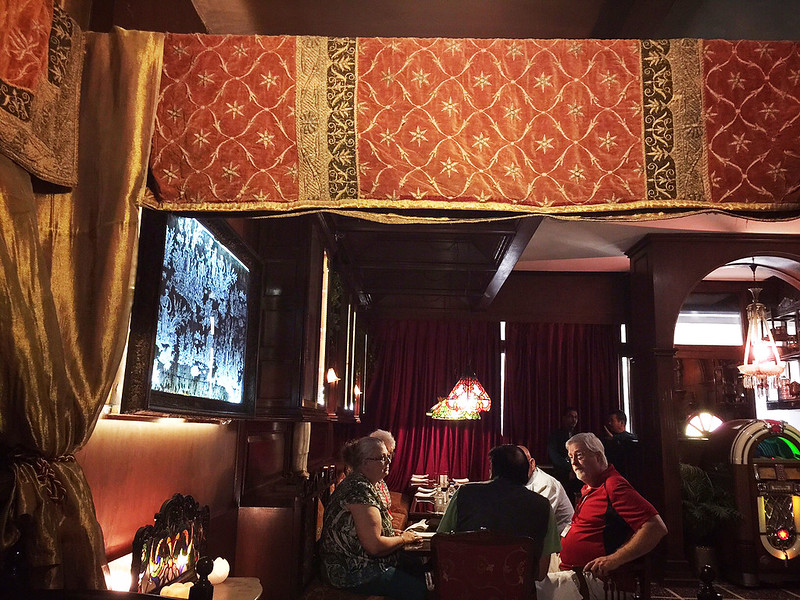 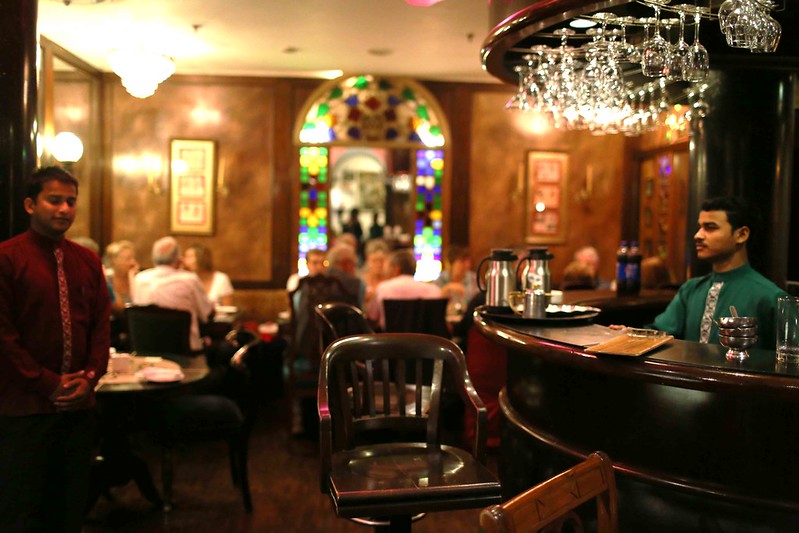 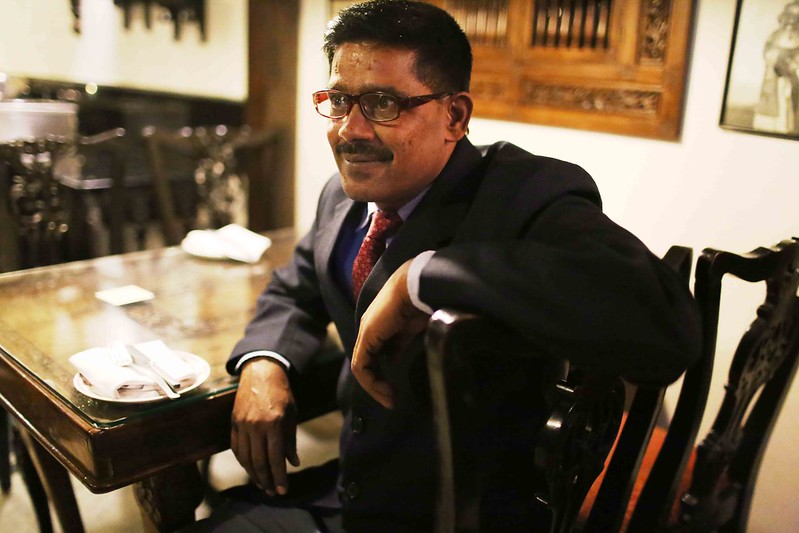 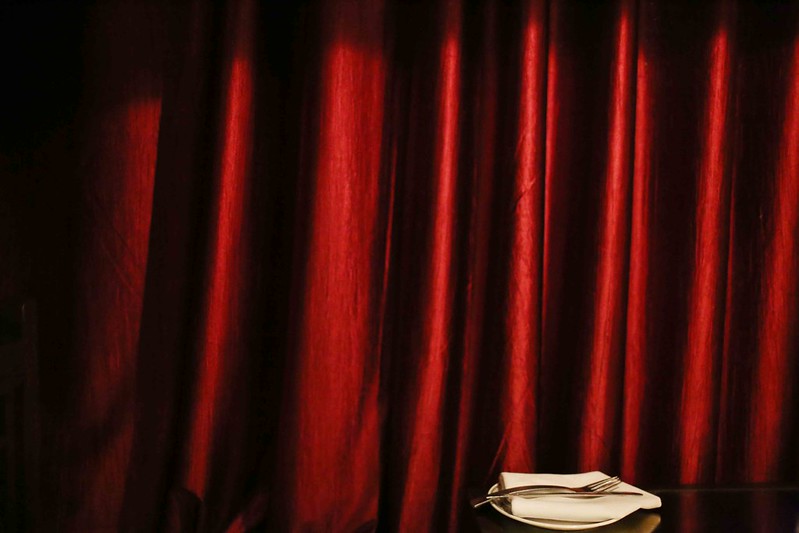 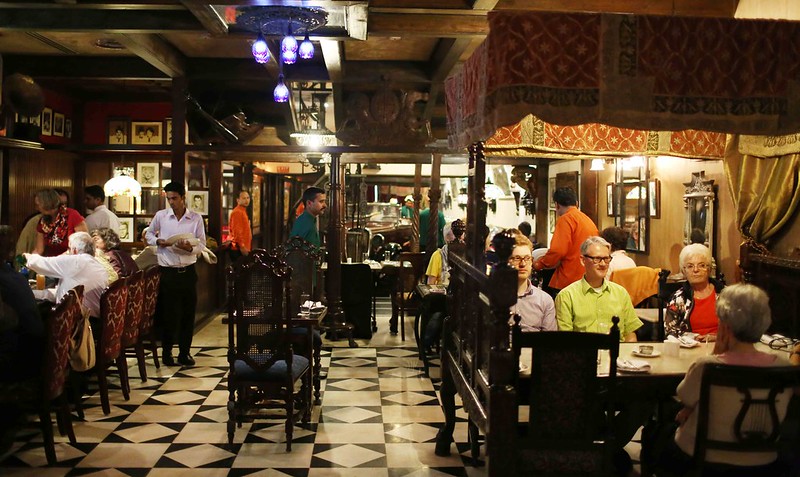 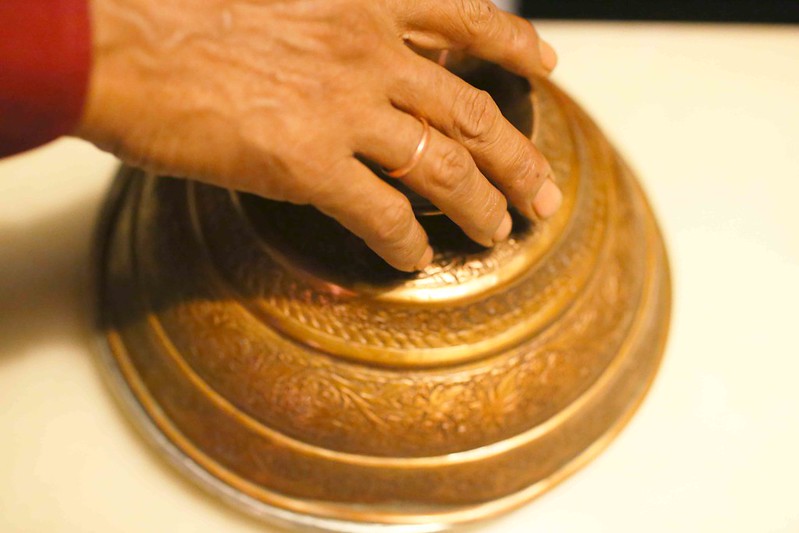 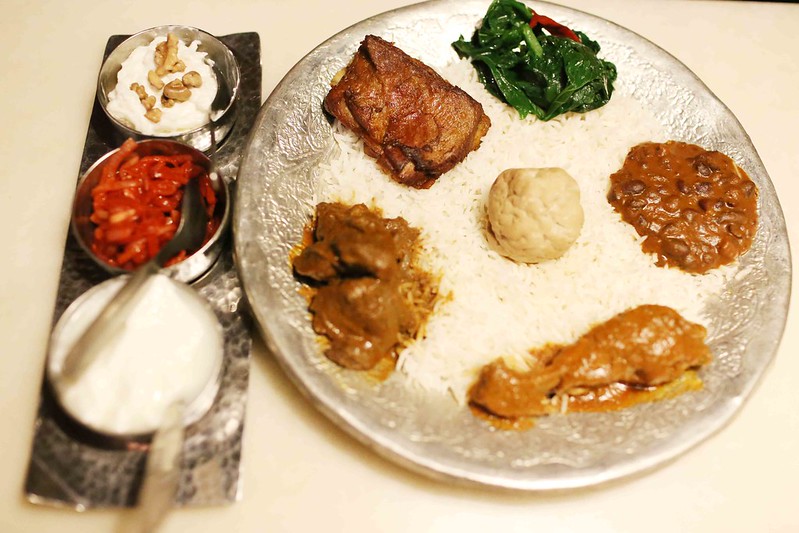 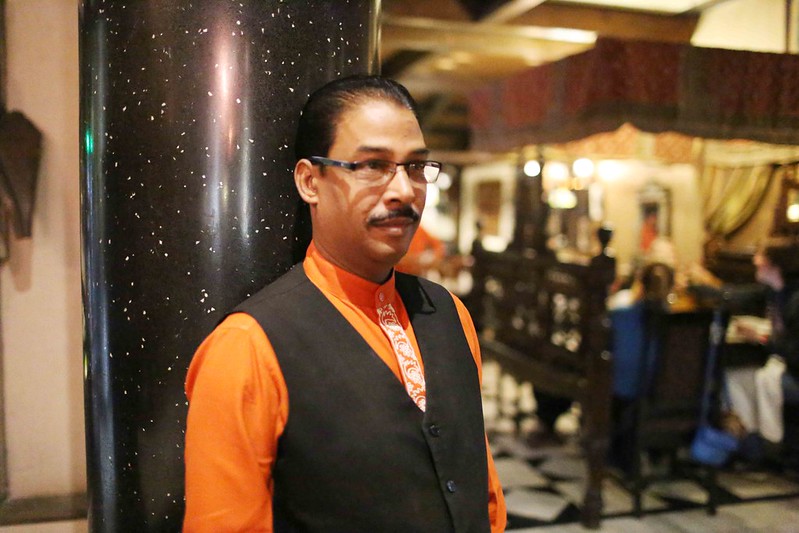 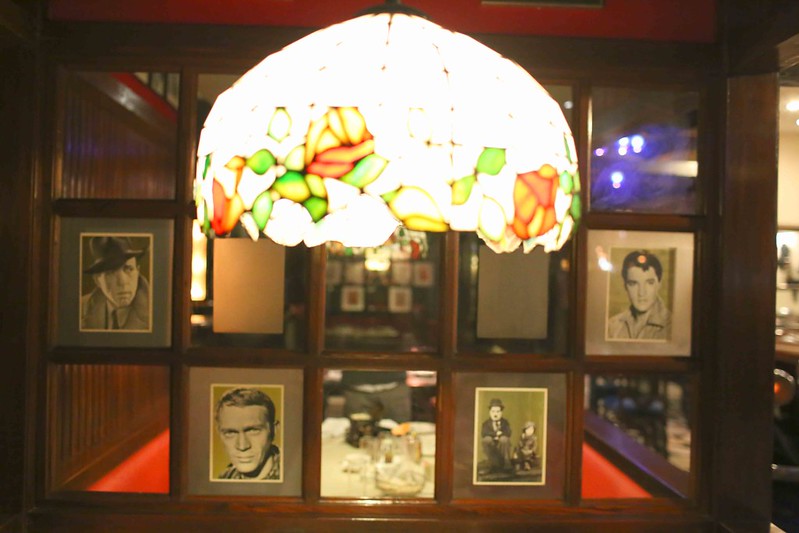 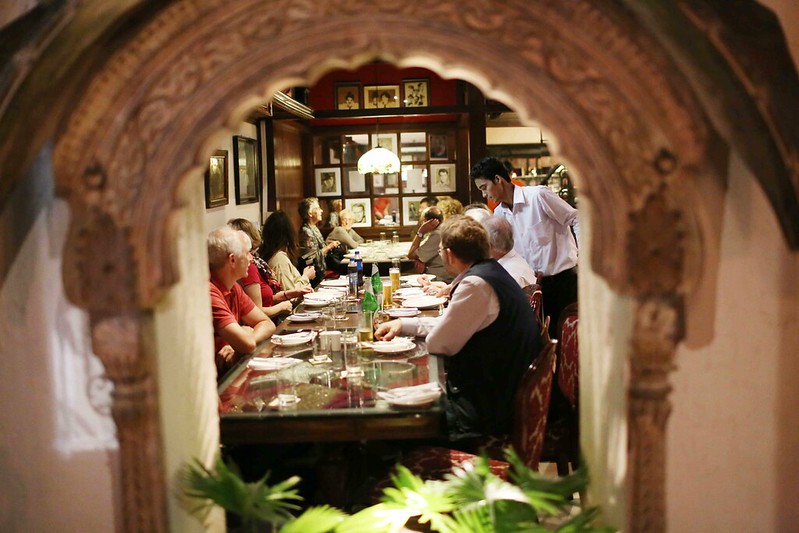 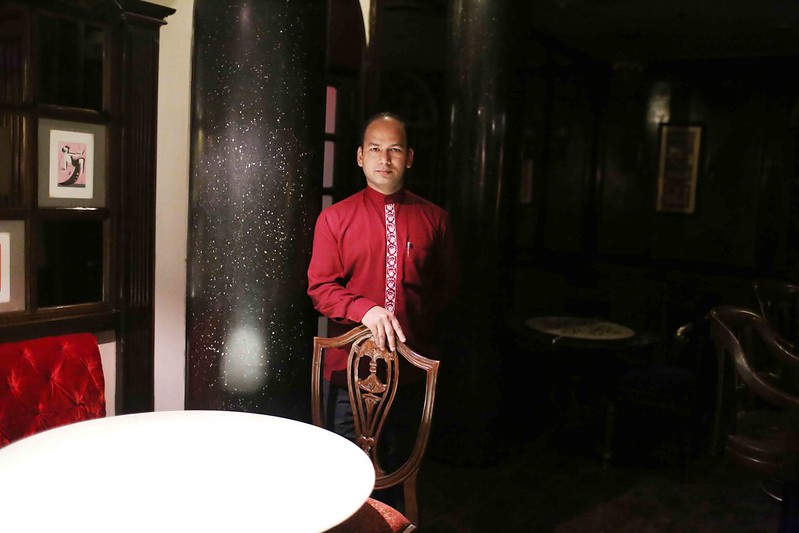 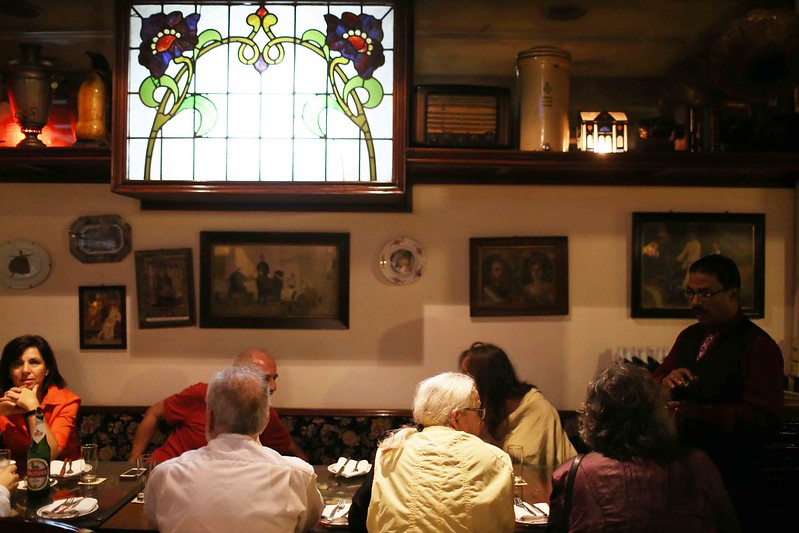 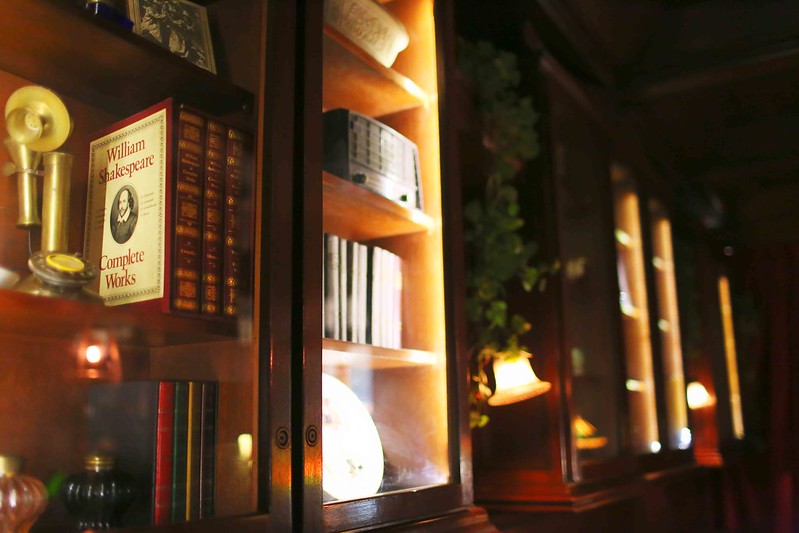 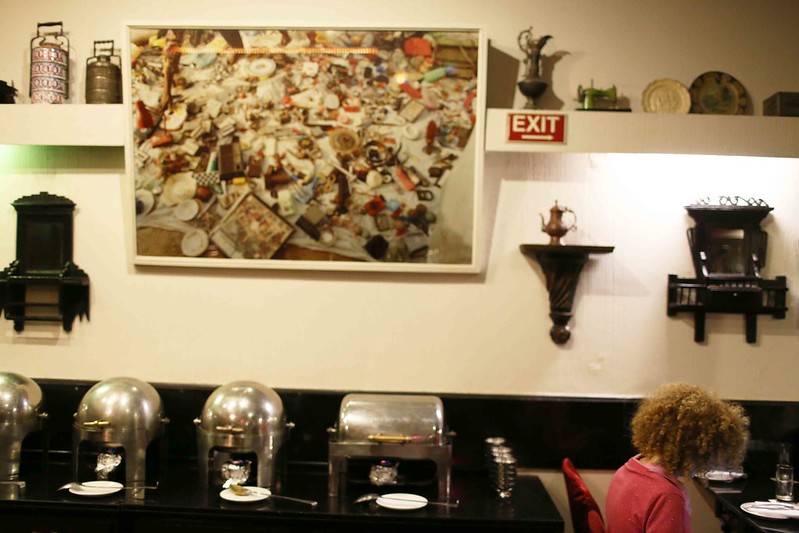 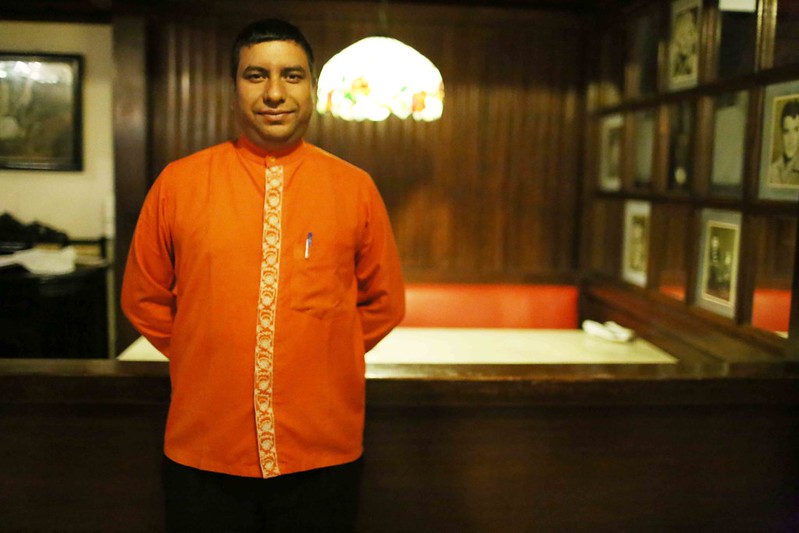 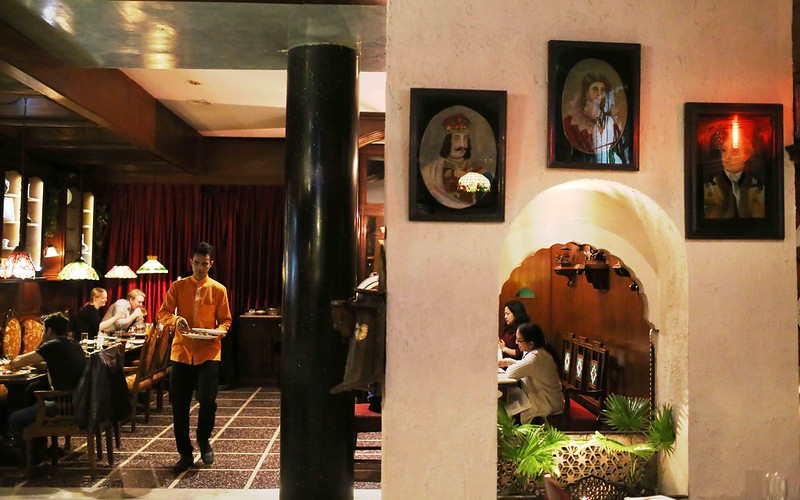 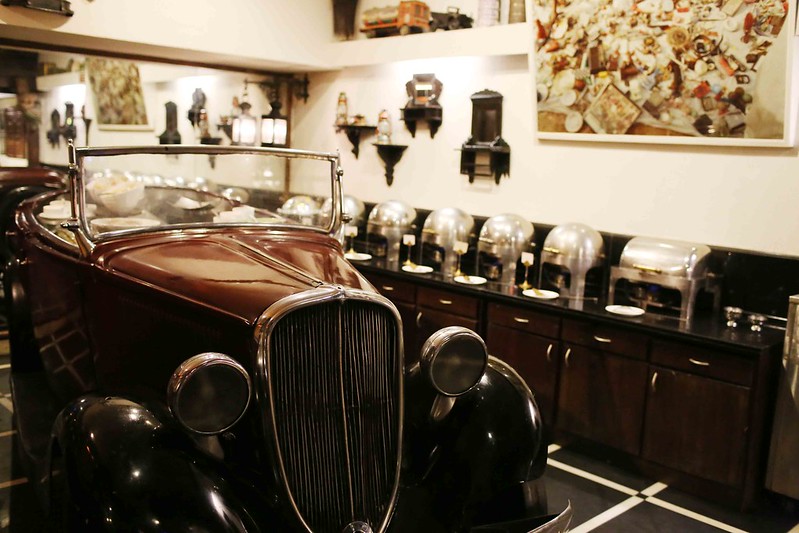