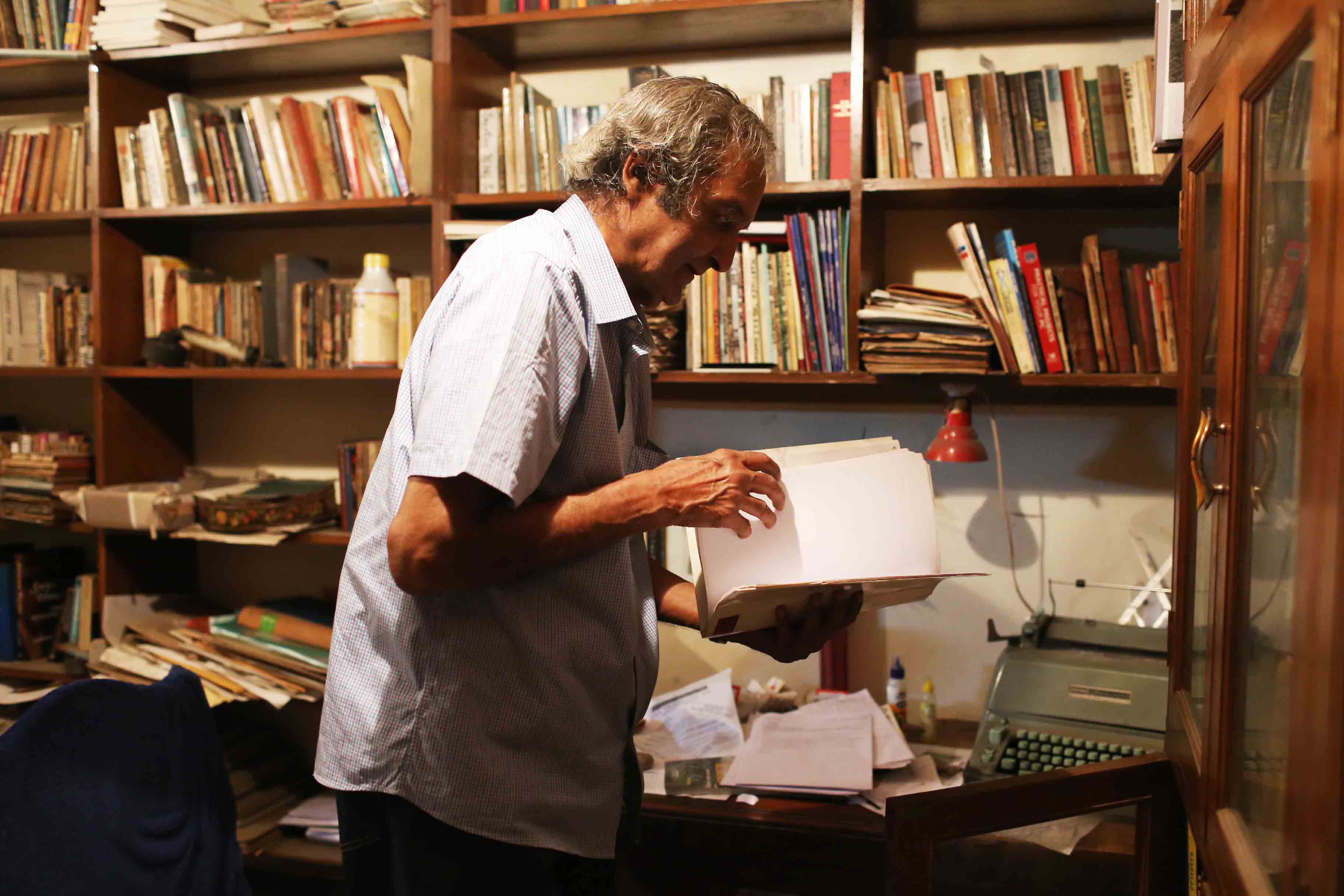 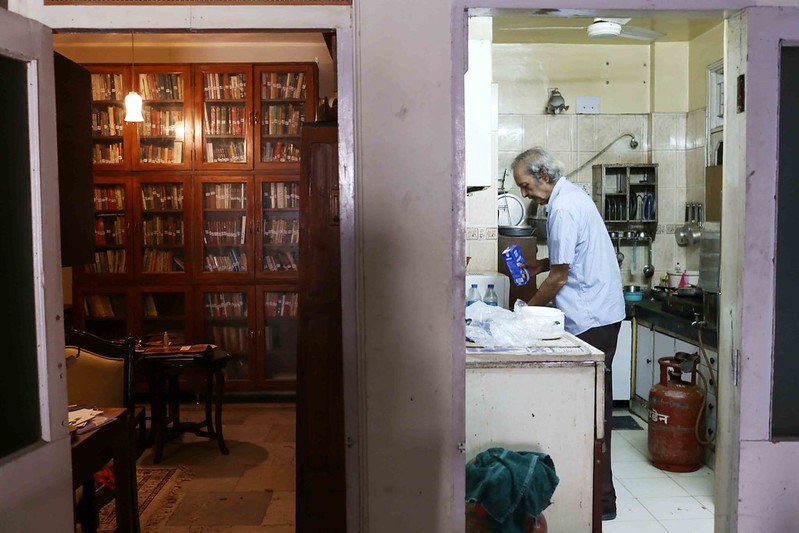 It is a truth universally acknowledged that you can escape from the city without leaving the city limits. All you have to do is to while away hours in cute bookshops or cafes where nobody goes. Such a place can even be a park bench.

It can also be a person.

And one such person is Rupin Walter Desai— a tall, dark, handsome charmer straight out of a Jane Austen romance. Just hearing the gentleman’s warm deep baritone voice is calmly. A very portrait of graciousness, he often ends up offering red wine to unexpected guests knocking the door of his East Patel Nagar flat.

In his 80s, Mr Desai is a retired professor who taught English literature in Delhi University for 30 years. One of our city’s great Shakespeare scholars, his normal chatter is seamlessly entwined with lines from Shakespeare’s works, similar to the way our daily blabber tends to be a jumble of slangs and swears. Delhi’s devoted Shakespeareans are, of course, aware of Mr Desai. They all know him as the founder of the iconic Hamlet Studies, “an international journal of research on The Tragedie of Hamlet, Prince of Denmarke”. Mr Desai started it in 1979 and kept it single-handedly alive for 25 years. Indeed, making small talk with the Yangonborn Shakespearean over a glass of red wine takes you away from life’s rude realities. The small apartment itself seems to be bathed in poetry.

Consider the drawing room scene this afternoon. The coffee table is drawing attention to a hardback of Shakespeare’s First Folio reprint. The happy sofa is hosting a Sherlock Holmes paperback. The dark wood shelves are lined with thousands of books on Shakespeare, some of them with weird titles such as Hamlet Without Hamlet. To be sure, this sprawling collection of books also belongs to professor’s wife, Jyoti, who teaches Robert Browning’s poetry in Khalsa College (Mr Desai drives her daily to and from the college). In any case, the most treasured books in the house have to be seven black leather hardbacks containing all the 25 bound volumes of Hamlet Studies. With the delicacy of a museum curator, Mr Desai opens “Vol.1, No.1”. The yellowing cover is torn at the edges. The title is in blood red. The journal has five articles spread across 65 pages. Only 100 copies were published. Within a year of its publication, the original publisher backed out and Mr Desai’s two partners left the venture too, believing “it had too narrow a base to sustain”. The professor was left to manage Hamlet Studies by himself. For the next two decades his daily life circled around publishing his beloved journal on Shakespeare’s most mysterious hero.

The professor alone would write to universities for subscriptions, correspond with contributors and get the journal printed at a press in Karol Bagh. He would carry the copies from the printer to his home in his green Ambassador car, make packets of them, and deliver them to the Patel Nagar post office to be sent to subscribers. The subscription charges were a measly ₹200 for Indian readers and $14 for subscribers in the US and Europe.

In its best days, the journal, which used to be published twice a year and became an annual publication in the mid-1980s, reached 60 universities abroad and 20 in India. In many ways, Hamlet Studies existed like one man’s modern-day blog. Mr Desai never approached anyone for funds. “I thought that no university or academic institution would be prepared to give a grant on a single play. The very idea was outrageous.” The fairy tale ended in 2003 when he had to suspend the publication not because it was financially unfeasible—that was not the point at all—but because “I thought 25 years were long enough and I wanted to do other things”.

The “other things” translate to passions for WB Yeats, John Milton, Franz Kafka and Sherlock Holmes.

Today, as our world transforms in profound ways, Mr Desai, who is not on social media, continues to make his way through the “dual perspective that literature gives”.

The Hamlet scholar, however, cannot be confined to Shakespeare alone. His life also encapsulates the story of a disappearing (read evolving) Delhi. The professor grew up in a bungalow not far from his apartment, on the other side of Patel Nagar. Called Rangoon Villa, it was built by his father, who once taught history at Rangoon University. The “large, rambling” house contained a universe of terraces and balconies. The gardens teemed with guava, papaya and fig trees. Young Rupin would read Twelfth Night or some other Shakespeare comedy in the back garden and continue with it in his room upstairs.

That bungalow—too expensive to maintain—was sold in the 1970s and Mr Desai moved to his present garden-less apartment.

These days, if you don’t find the professor at home, you are likely to spot him at the British Council library in Connaught Place or perhaps he would be browsing at Jorbagh’s iconic The Book Shop, which was founded by one of his ex-students. Nevertheless it’s a pity that not all of us can enjoy the privilege of spending time with this genteel Shakespearean in the snugness of his lovely home. But every literature-loving Delhiite ought to meet him once. And sometimes a chance arrive. Such as when Mr Desai was the inaugural speaker at the two-day annual Shakespeare Conference at Kirori Mal College in Delhi University’s North Campus. He delivered a paper on ‘Shakespeare’s The Rape of Lucrece and the rise of parliamentary democracy in Tudor England.’ But obviously.

[This is the 122nd portrait of Mission Delhi project] 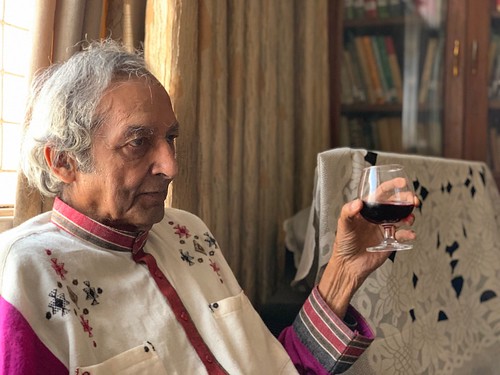 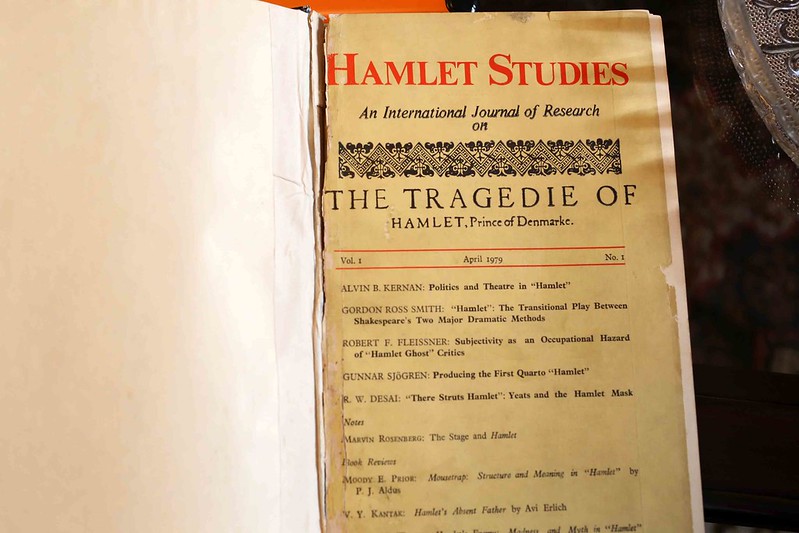 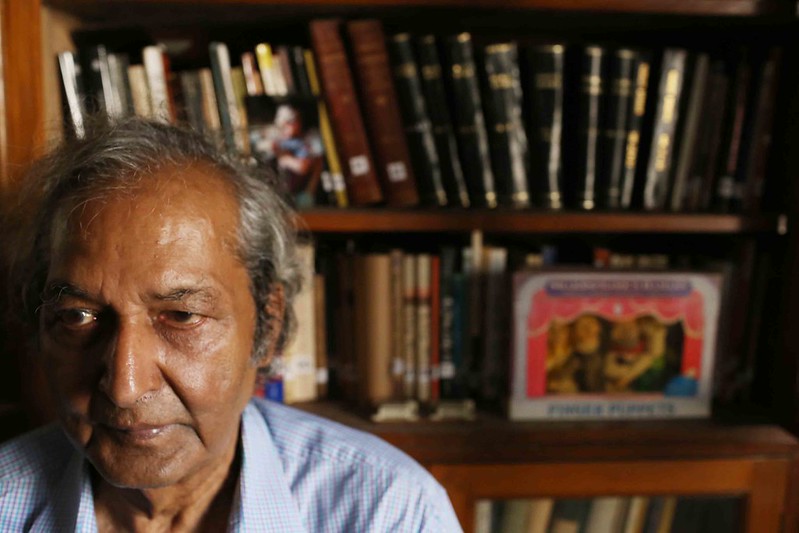 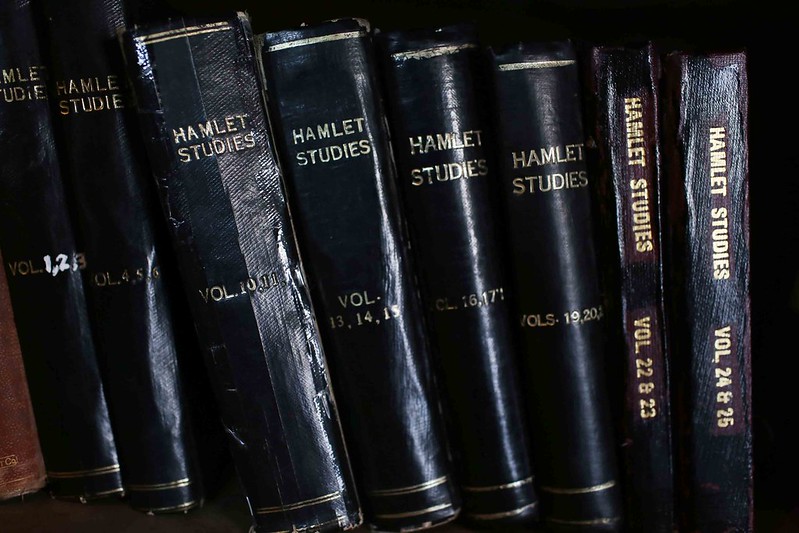 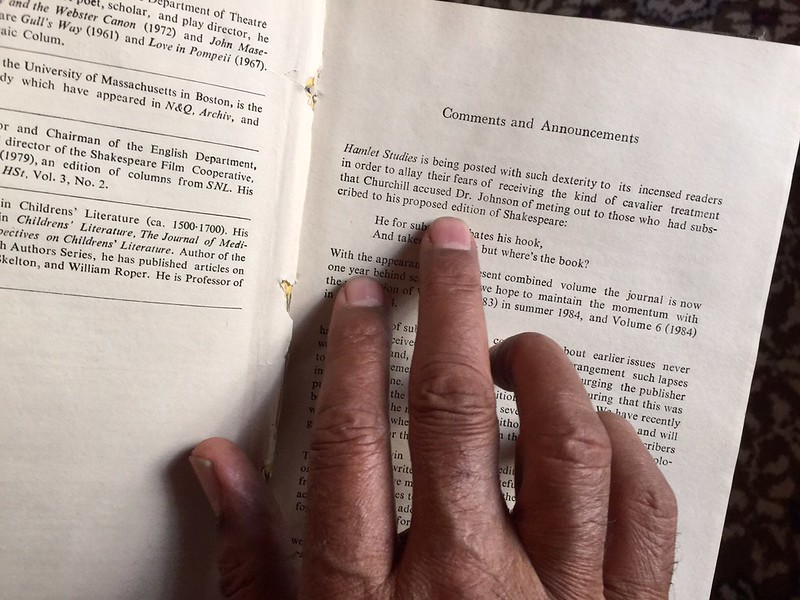 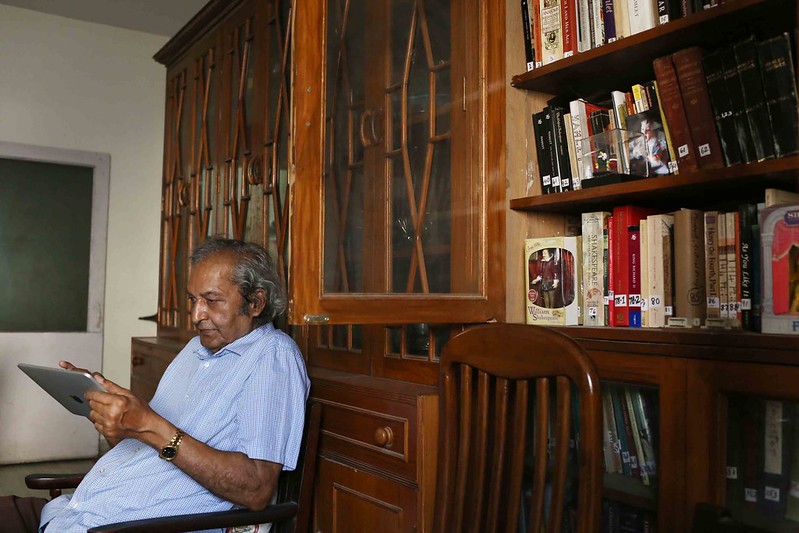 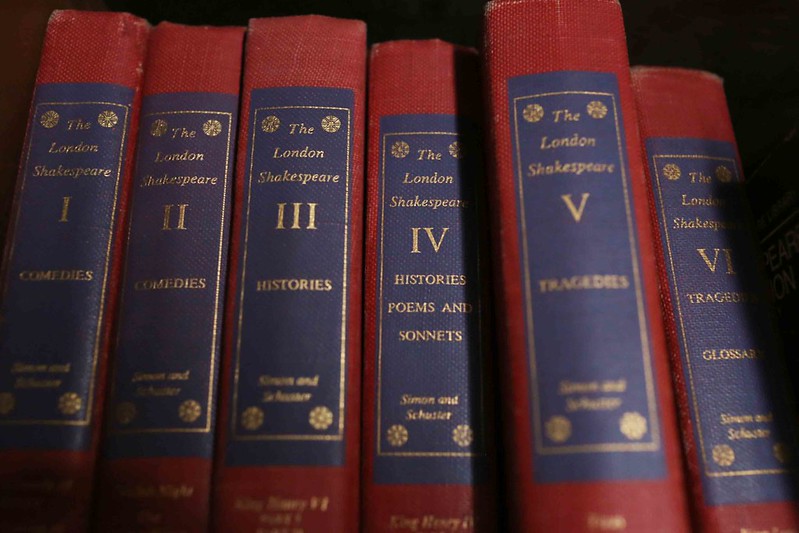 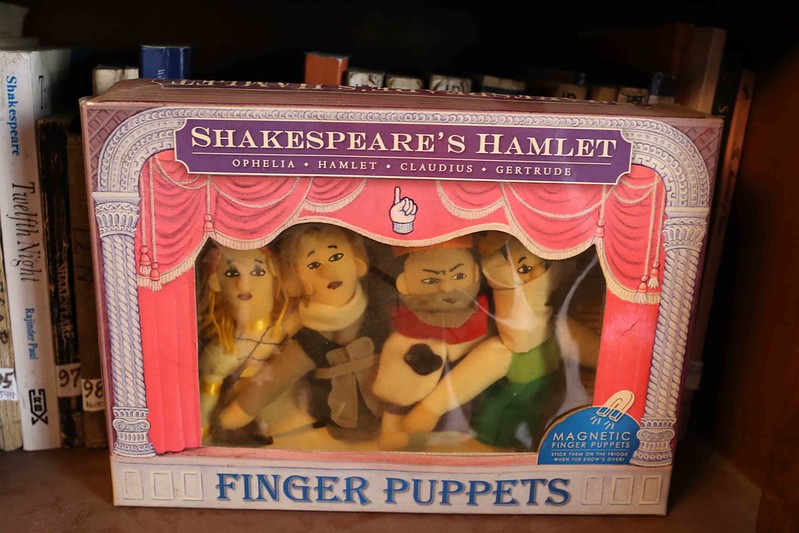 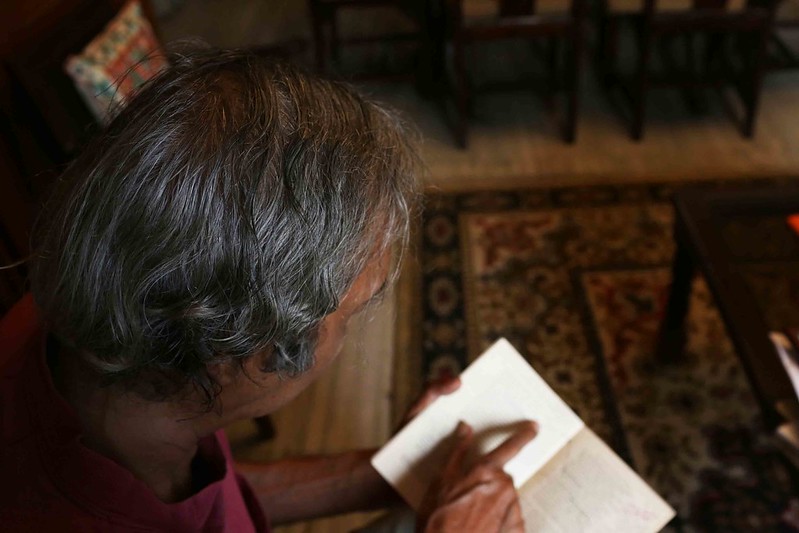 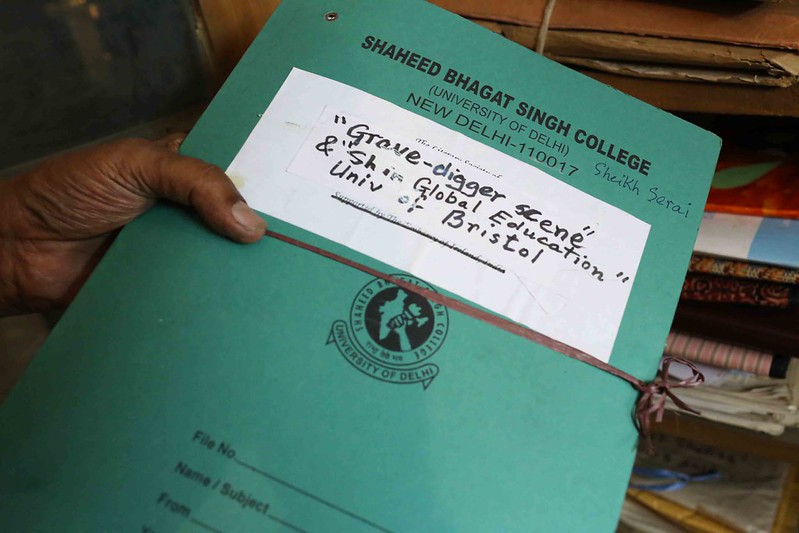 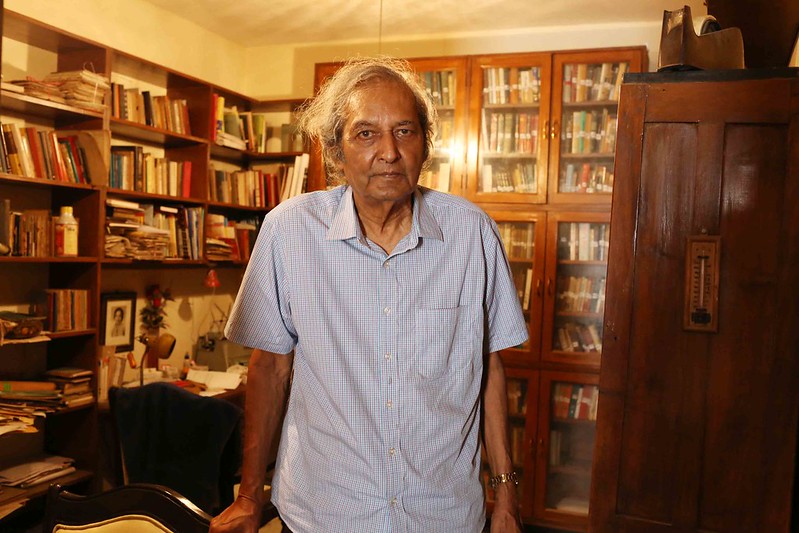 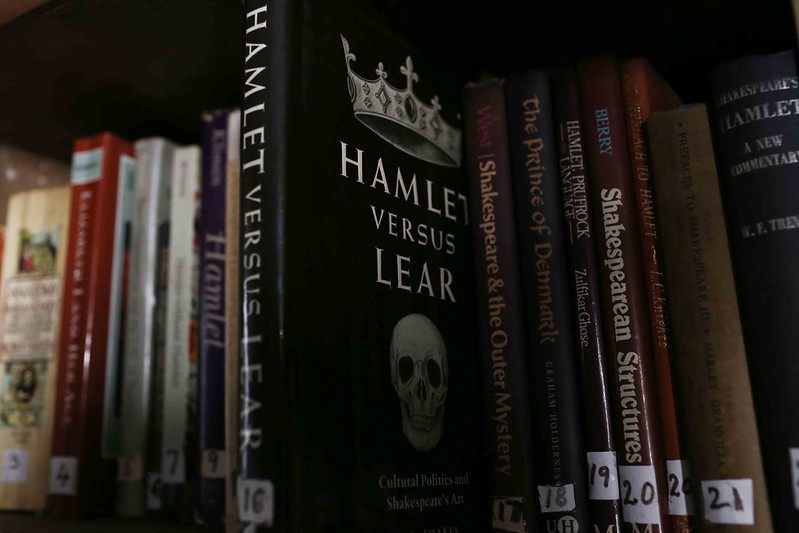 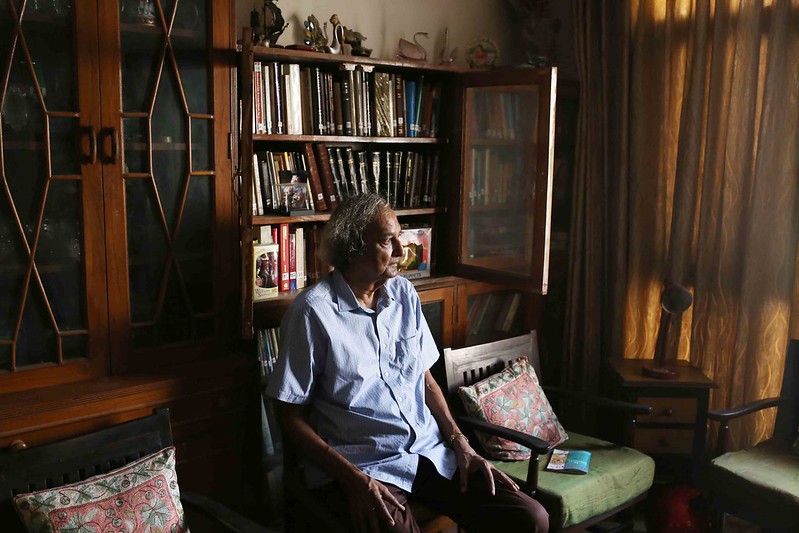 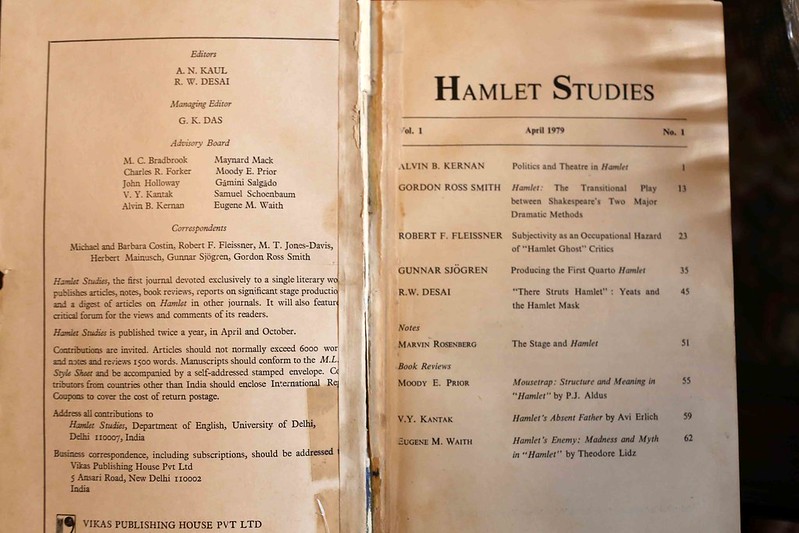 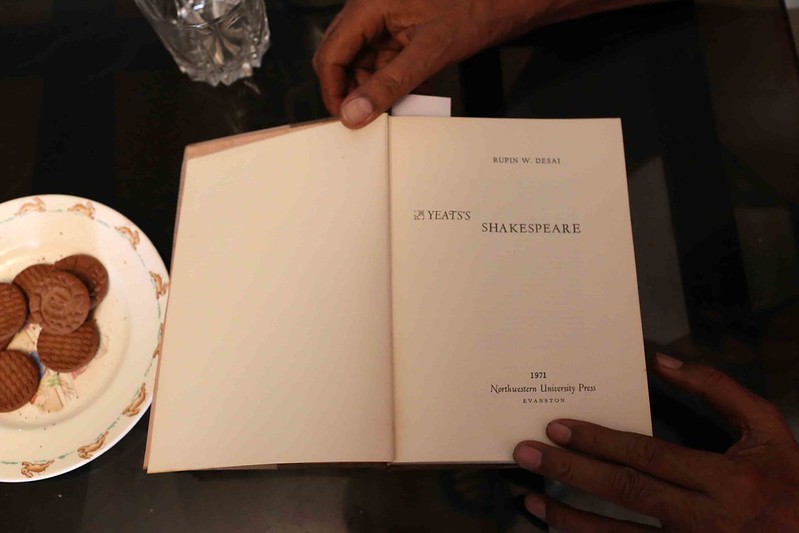 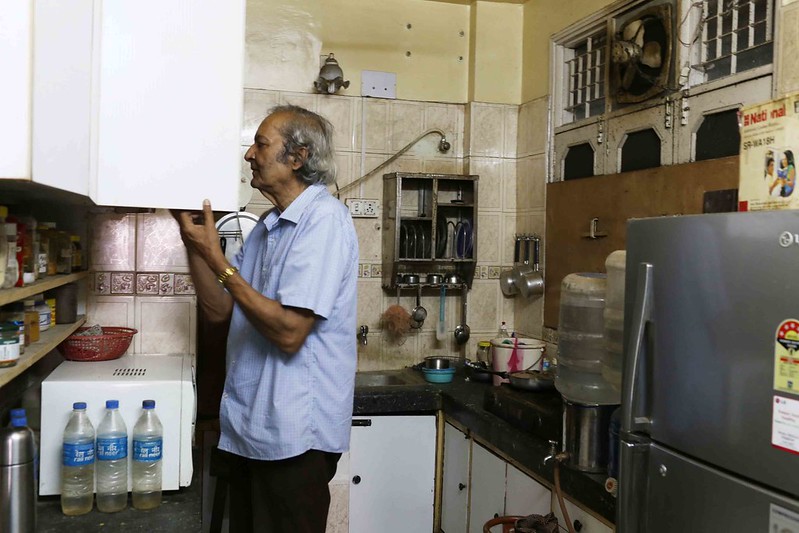 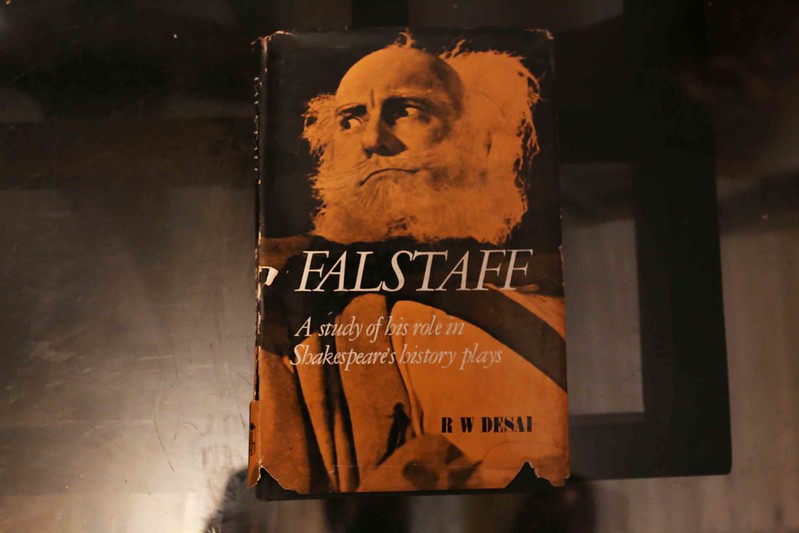 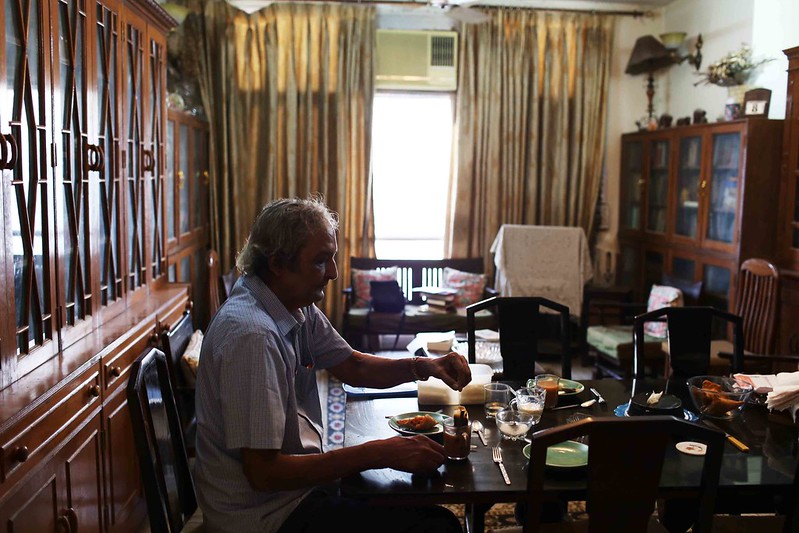 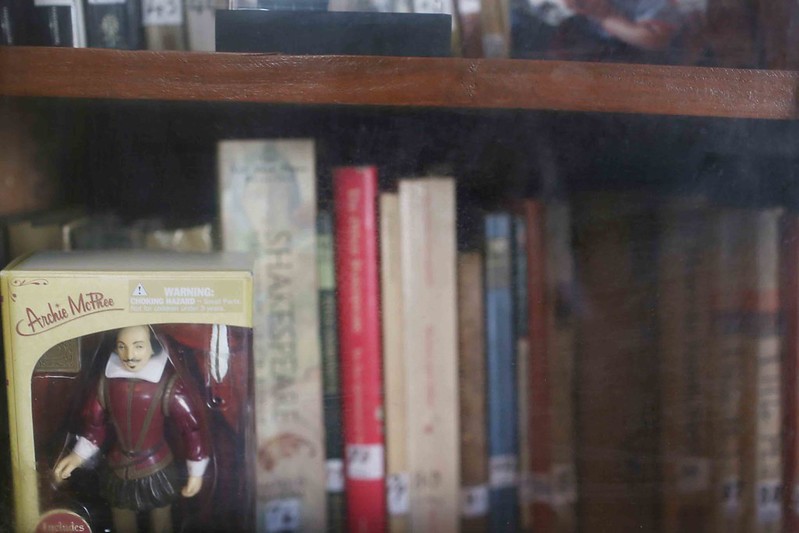 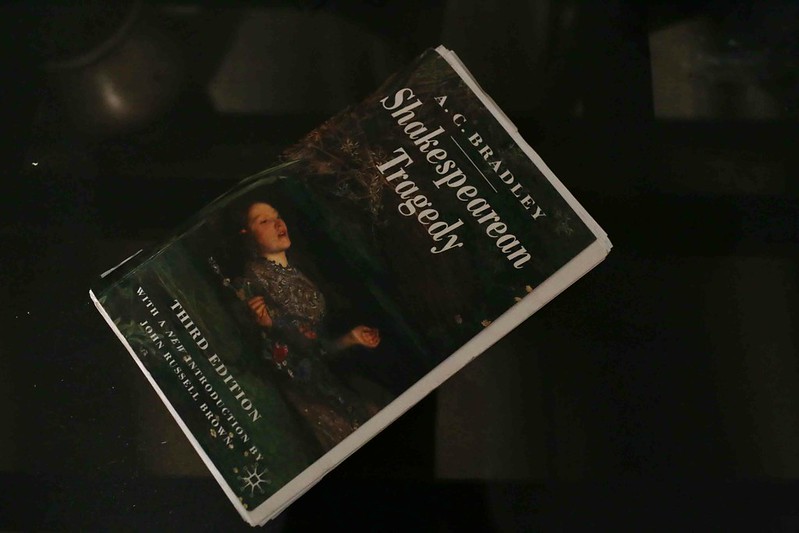 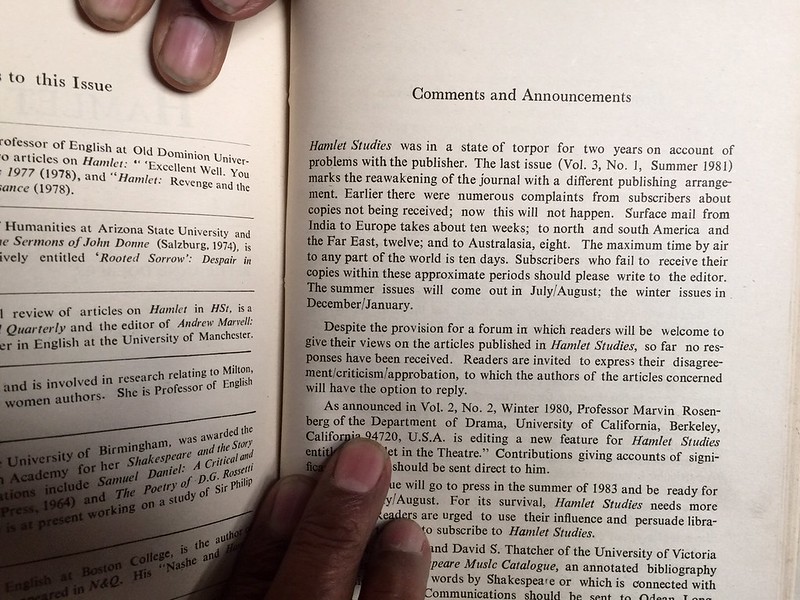 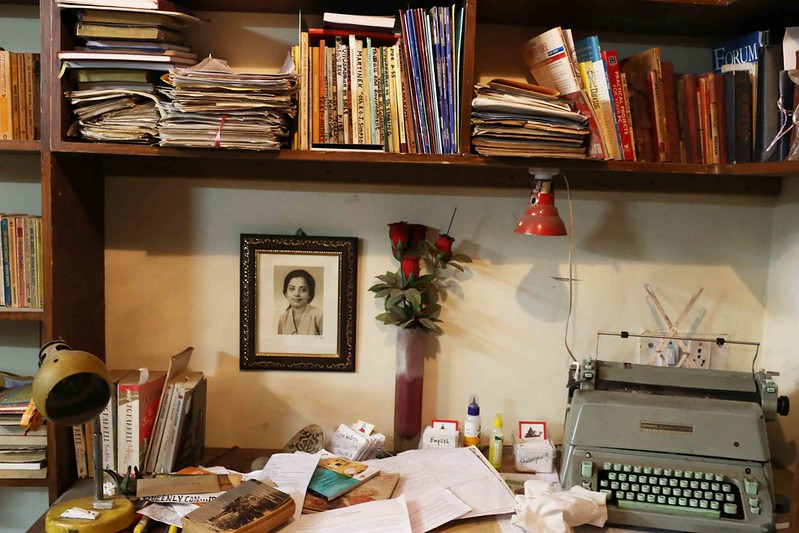 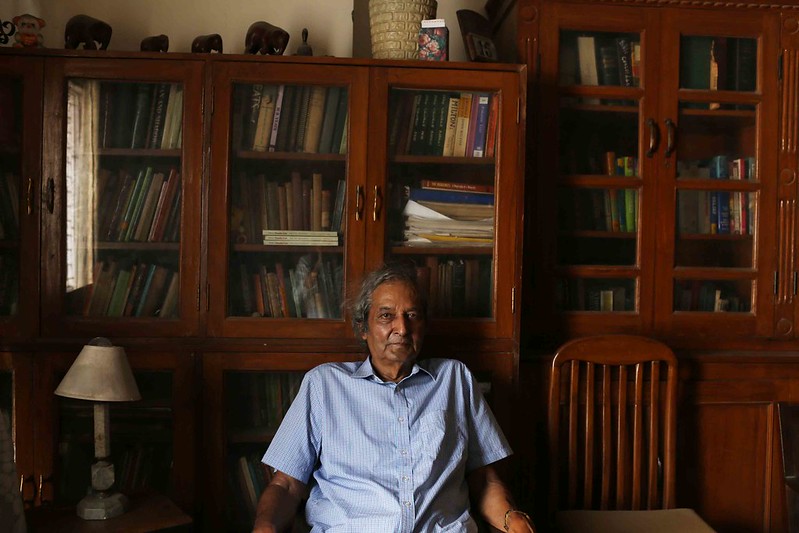 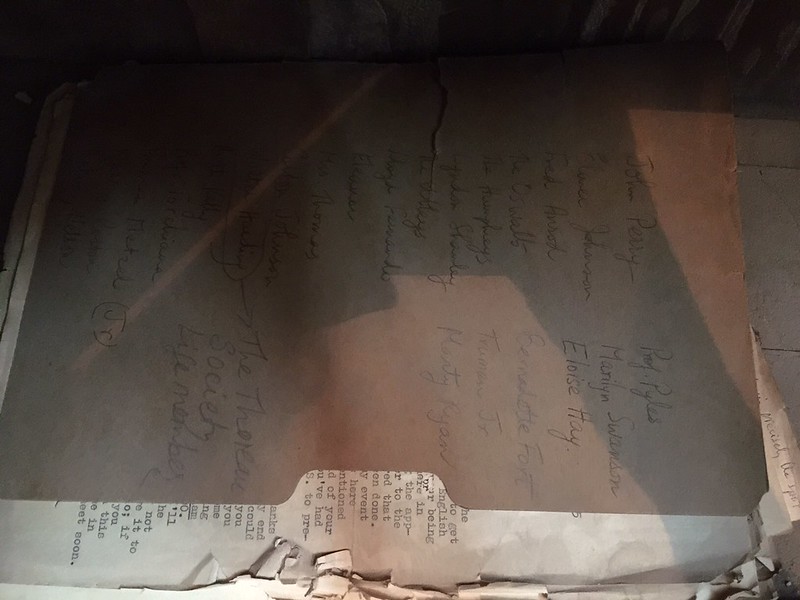 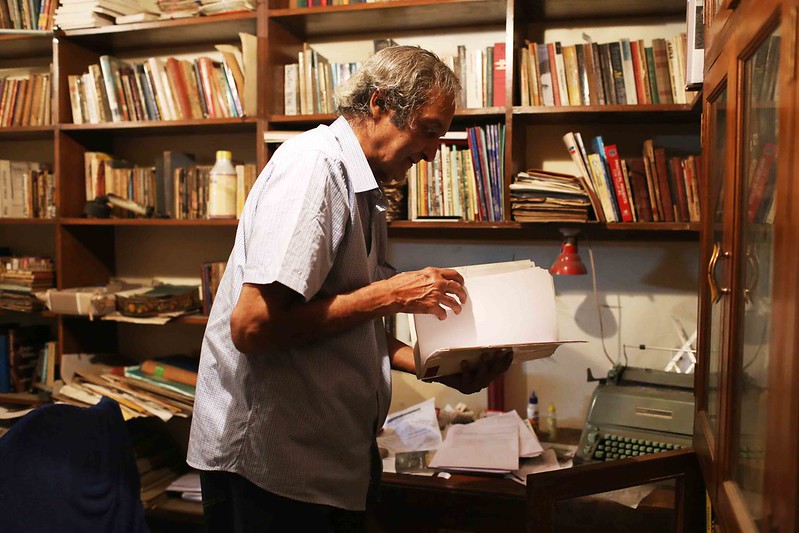 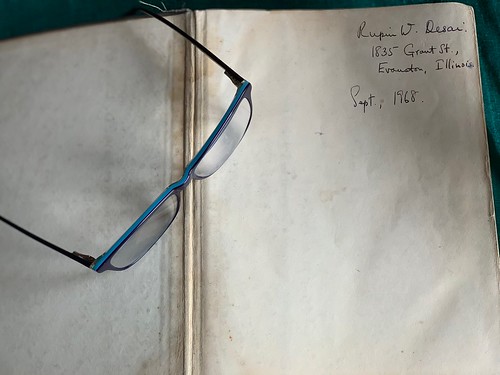