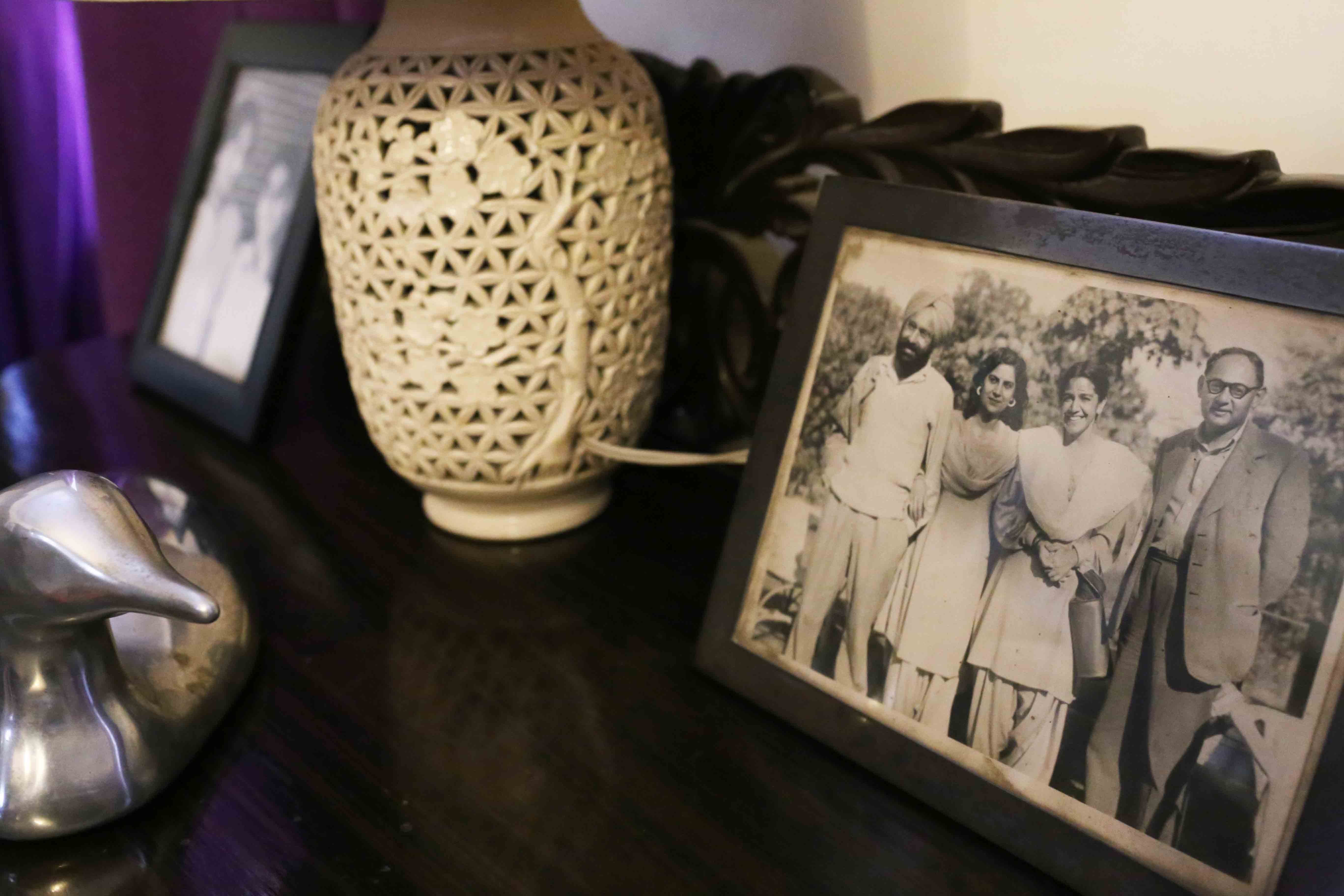 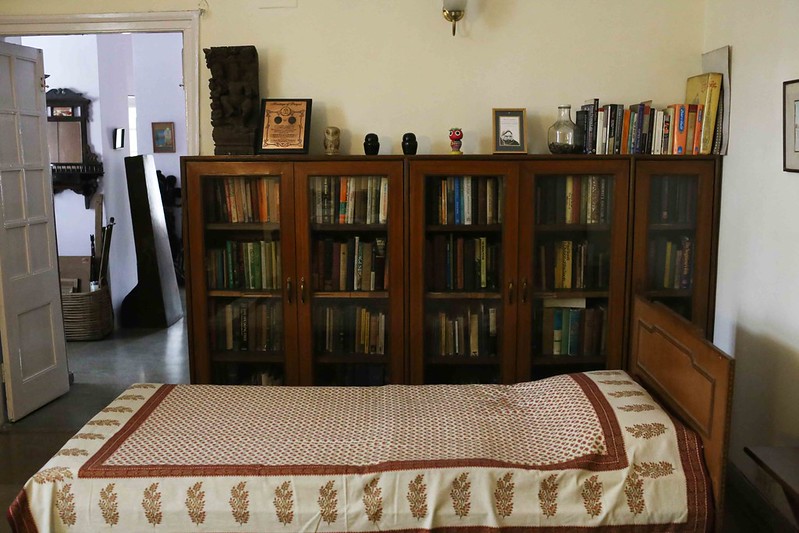 This is where he died exactly three years ago.

The Delhi Walla is at E-49, Khushwant Singh’s red-brick apartment at the colonial-era Sujan Singh Park in central Delhi. Privileged members of Delhi’s high society used to plot and scheme to get an invite to his drawing room.

The author of classics such as Train to Pakistan, Delhi: A Novel and the two-volume A History of the Sikhs had lived up to a ripe old age of 99. Mr Singh also edited The Hindustan Times. His drawing room was one of the most sought-after places in the Capital.

Every evening, he gave audience to friends, ministers, intellectuals, industrialists, authors, and admirers, especially if these admirers happened to be visiting Pakistanis. The meetings, even with intimates, were always arranged by appointment. The board outside the apartment door famously said: ‘Please do not ring the bell unless you are expected’.

The board is still there.

It is the first time that an outsider is stepping inside the home of one of Delhi’s most iconic authors. I had requested Mr Singh’s daughter to grant us a visit to the famous address.

The reclusive Mala Dayal, who lives with her daughter in an apartment just across the corridor, agreed to let me in on the condition that she would not be photographed.

Escorting me into her father’s drawing room, she points to the familiar chair by the fireside where Khushwant Singh always sat.

Ms Dayal confesses that she had only recently started sitting, hesitantly, on this chair.

The bookshelf beside the chair used to be stacked with black hardbounds of Collier’s Encyclopedia. But those books are no longer to be seen.

It turns out that Ms Dayal’s daughter, Naina, who teaches ancient Indian history in Delhi University’s St Stephen’s College, shuffled around a few books and pictures after Mr Singh passed away. She wanted to bring the place back to her late grandmother’s taste.

Naina’s additions in the drawing room include a framed poem by novelist Vikram Seth (the first alphabet of each line joins to make Mr Singh’s name), a calligraphy gift from historian Romila Thapar and Khushwant Singh’s own illustrated portrait that adorns the cover of his book Delhi through the Seasons.

Some photographs have remained in their original place, such as the old black-and-white picture of Mr Singh and his wife, Kawal Malik, posing for the camera with their closest friends Manzoor Qadir, and his wife Asghari (Mr Qadir and Mr Singh had started their law practices together in pre-Partition Lahore).

The other picture is of daughter, Mala, with her husband, the late publisher Ravi Dayal.

The wooden shelves have thousands of books, and the top is stacked with bound volumes of The Illustrated Weekly of India, a now-extinct magazine that Mr Singh had edited during the 1970s.

The drawing room faces a small dining table with four chairs. The last meal that Mr Singh had was orange juice and a buttered toast—his longtime cook, Chandan Singh, had told me on the day of his death.

The cook was preparing broccoli soup for lunch when Mr Singh breathed his last.

In Khushwant Singh’s bedroom, the curtains are painted with green butterflies. He shared the room with his wife, but after she grew ill and needed a medical attendant, he had to leave for the small study next door.

That book-lined room has a single narrow bed. Here Mr Singh used to sleep during his final years. The wall behind the bed’s headboard has a framed sketch of the Golden Temple in Amritsar.

These days granddaughter Naina often works in this room.

There years ago on this day, after the news of Khushwant Singh’s departure spread through the city, this silent apartment started to mill with people, including the then Prime Minister.

They all had gathered to pay last respects to the author. Friends and admirers continued to visit the home for the next few weeks. It was during those chaotic days – Mr Singh’s granddaughter assumes – that his walking stick went missing.

Perhaps that mysterious disappearance must had been the transgression of a Khushwant Singh fan.

The museum of a writer’s life 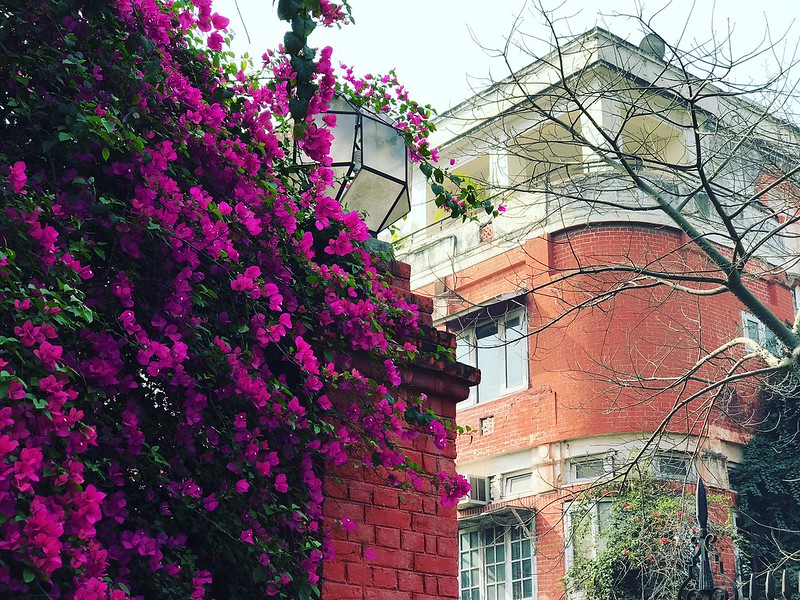 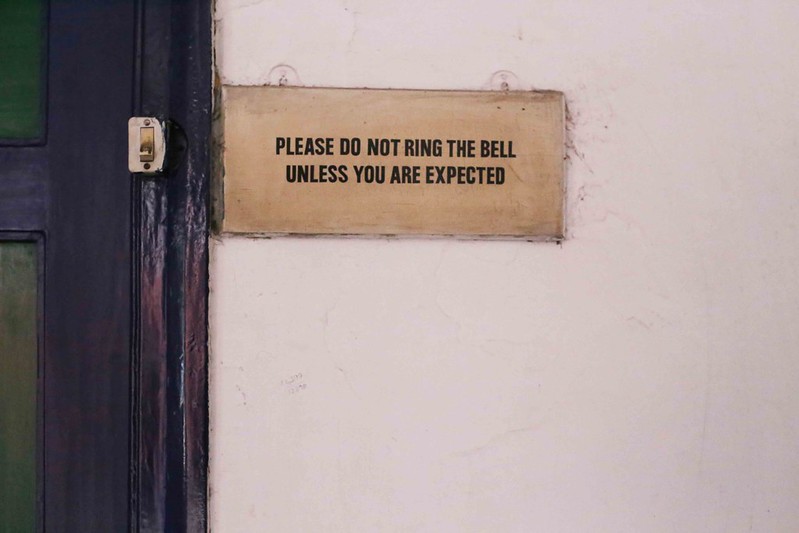 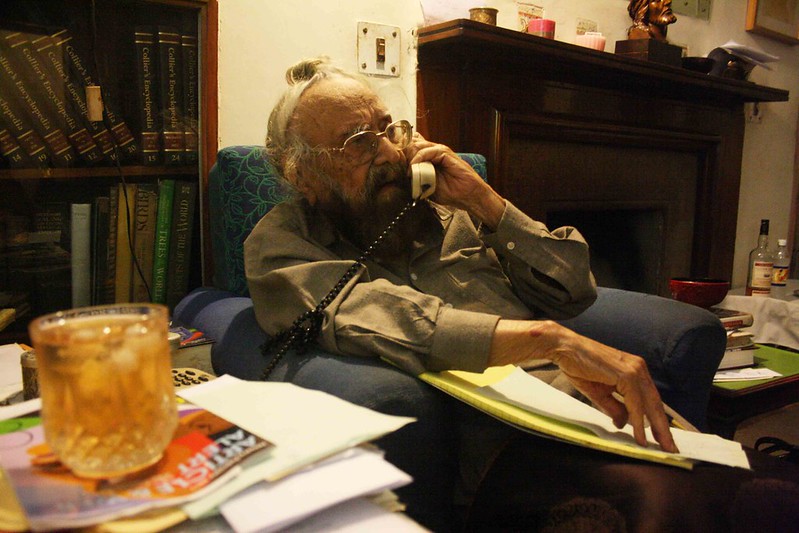 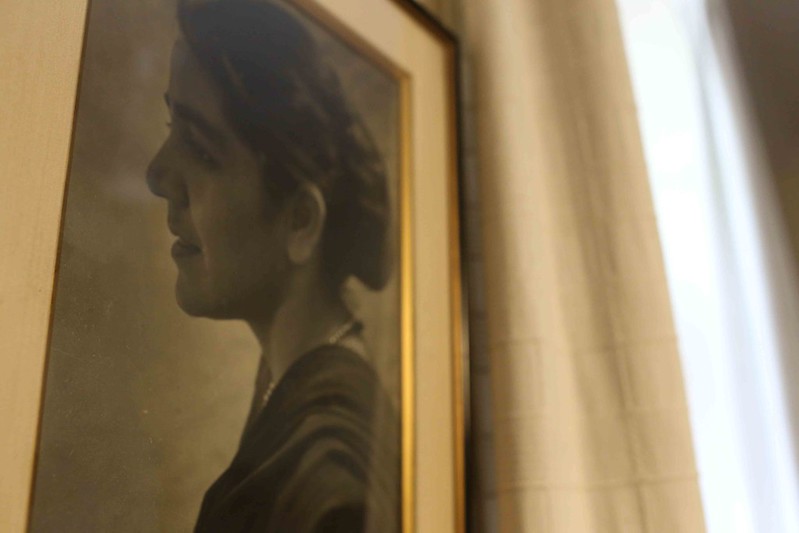 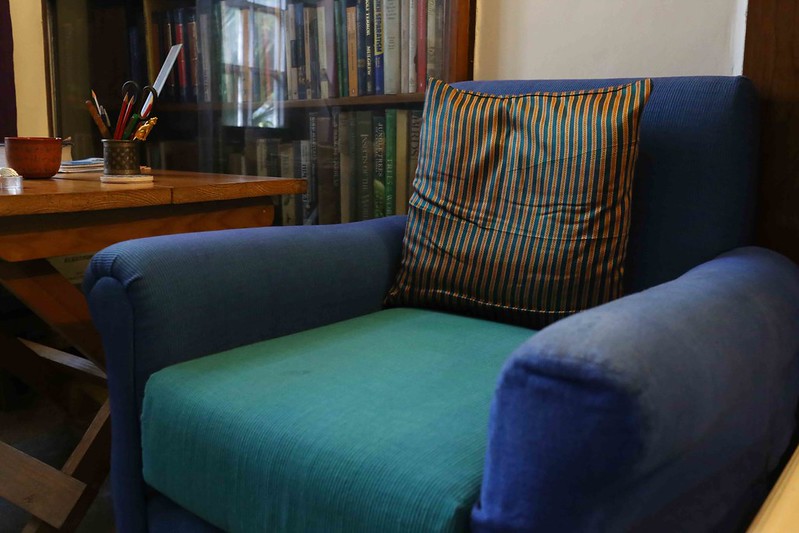 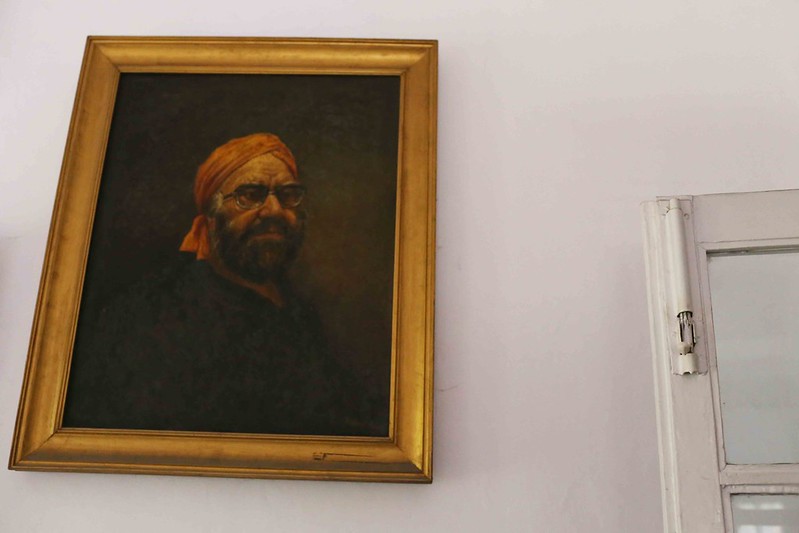 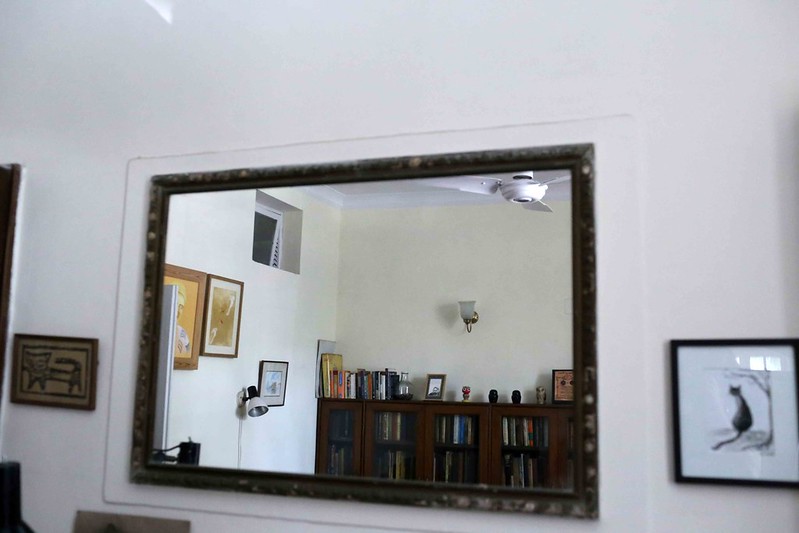 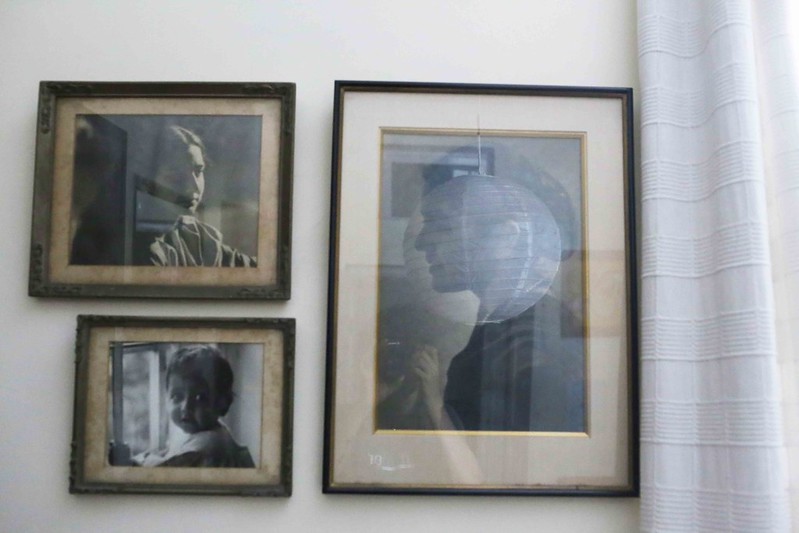 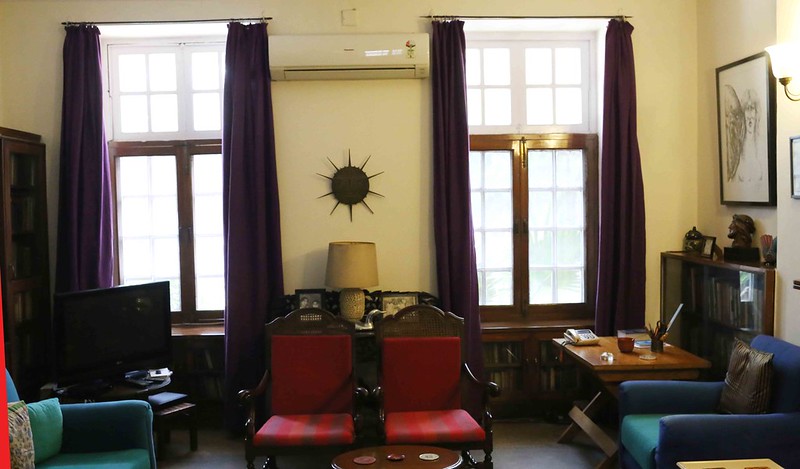 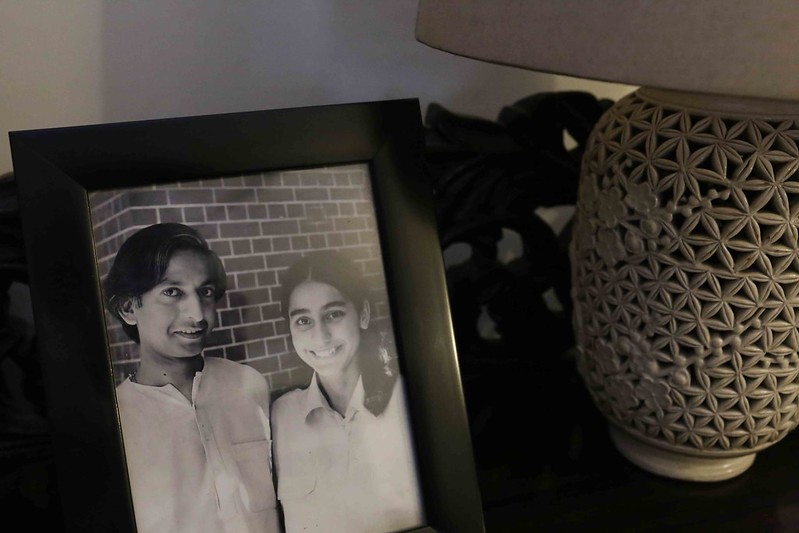 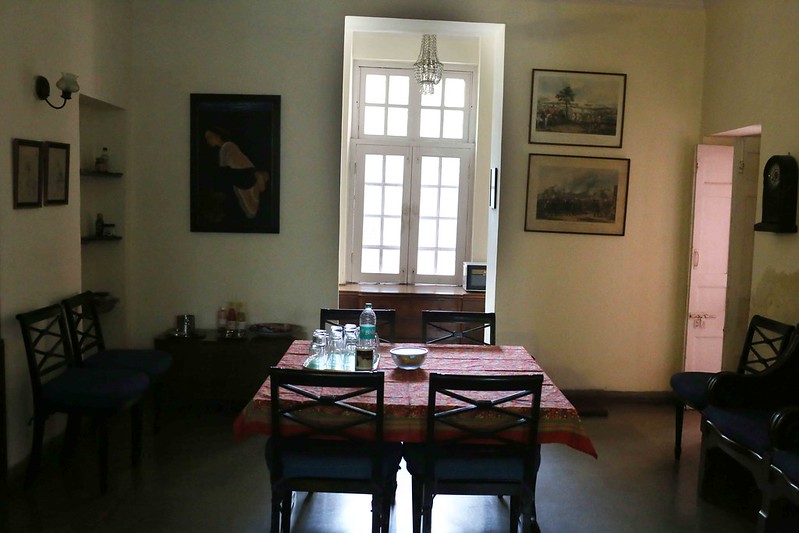 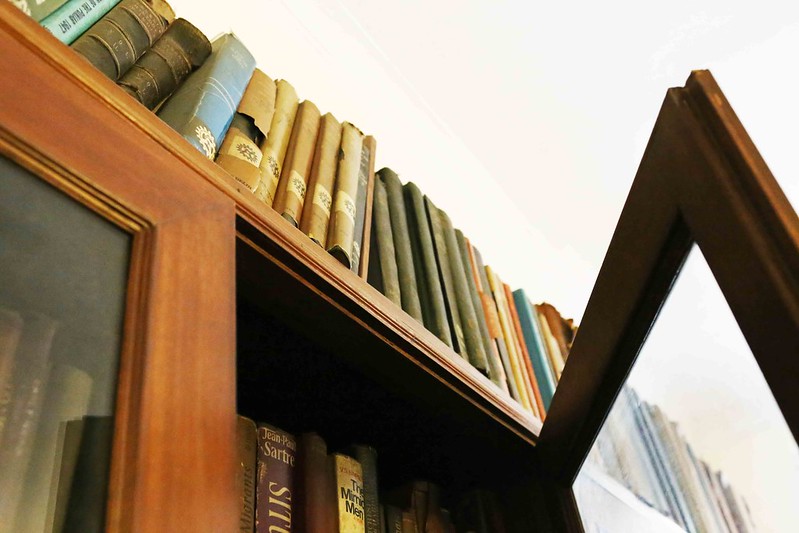 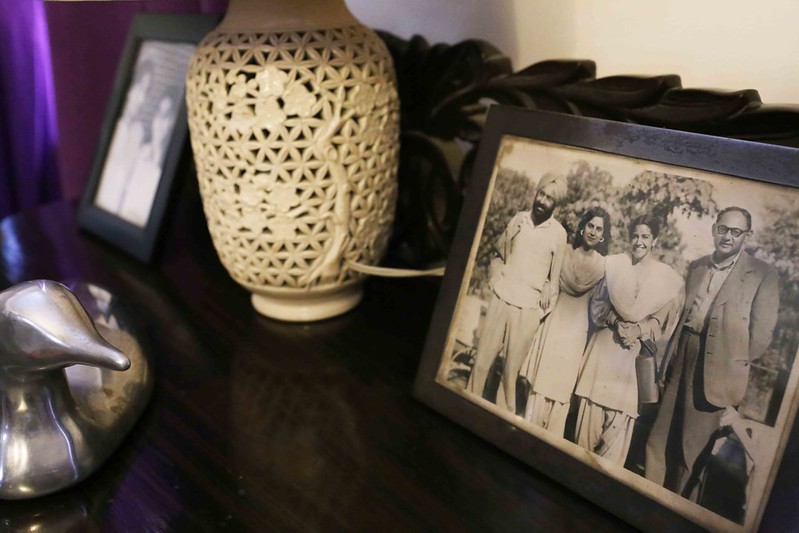 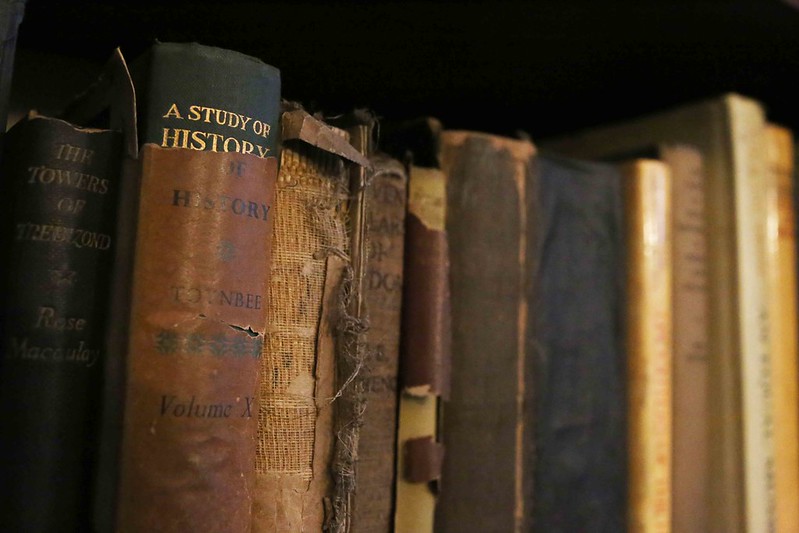 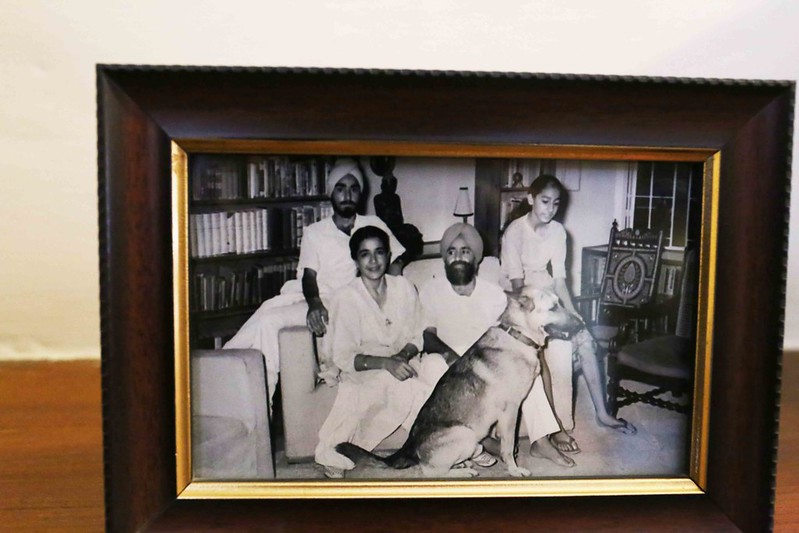 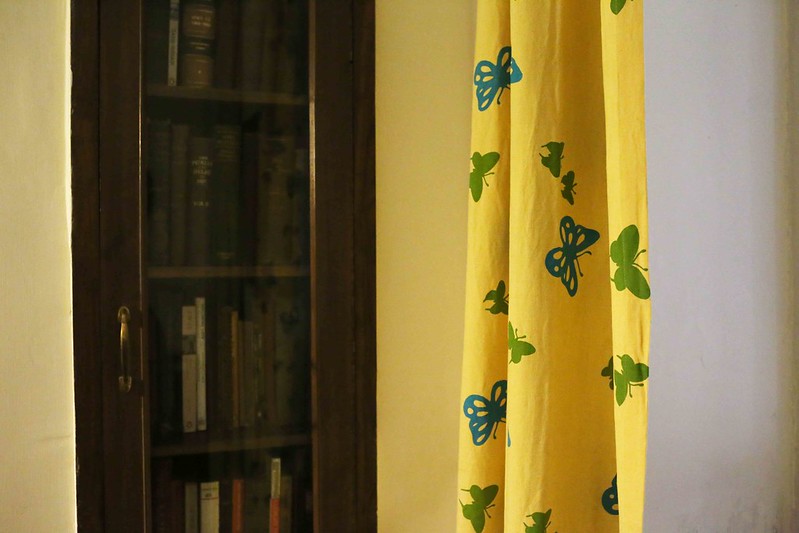 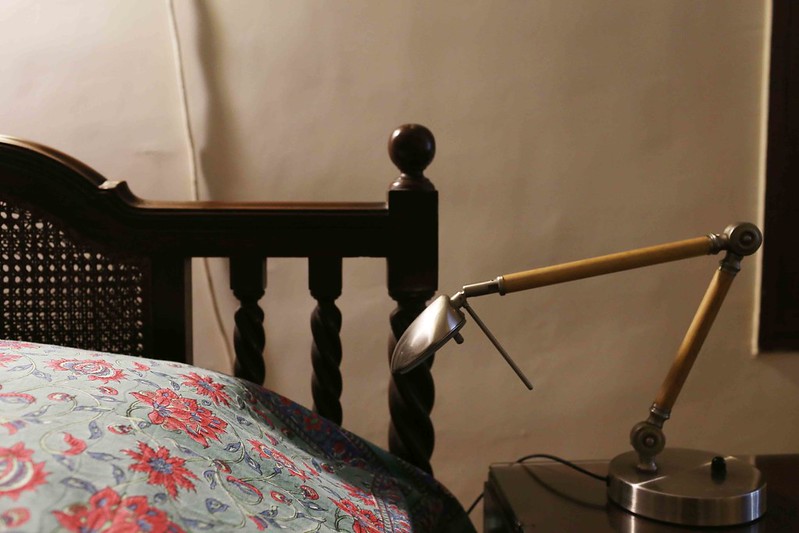 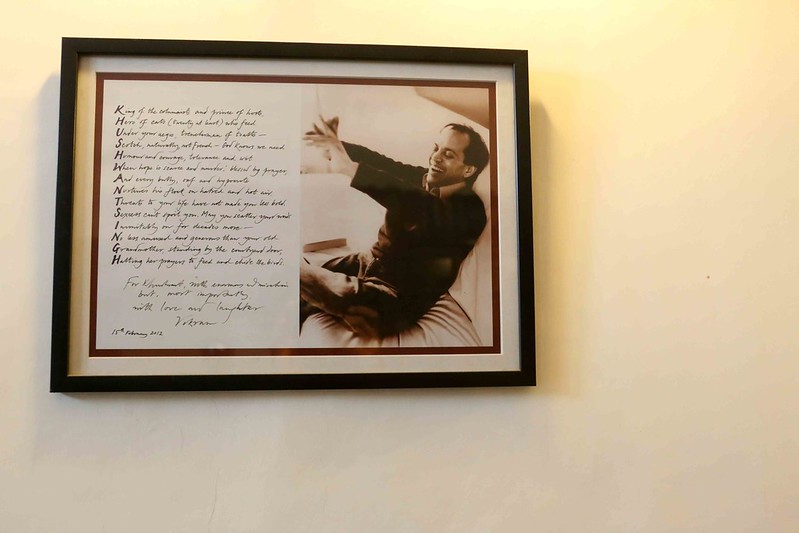 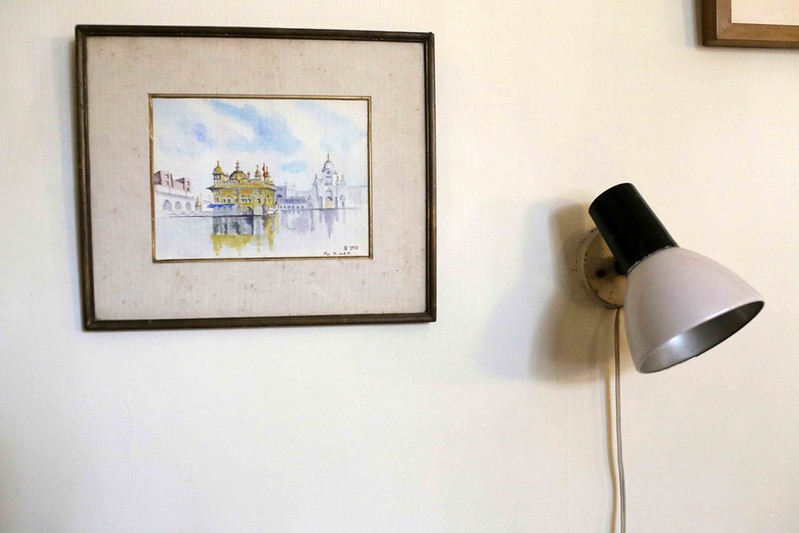