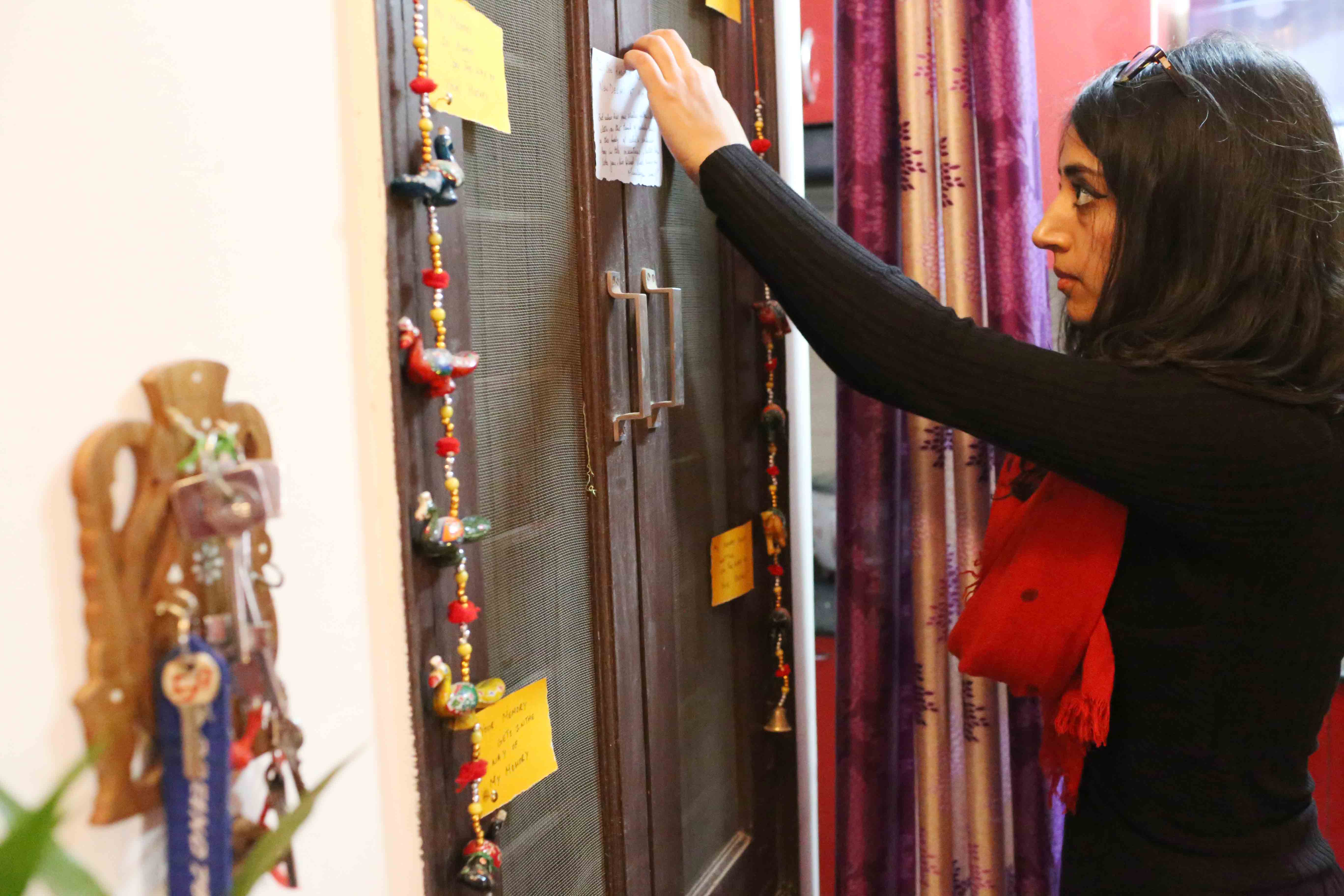 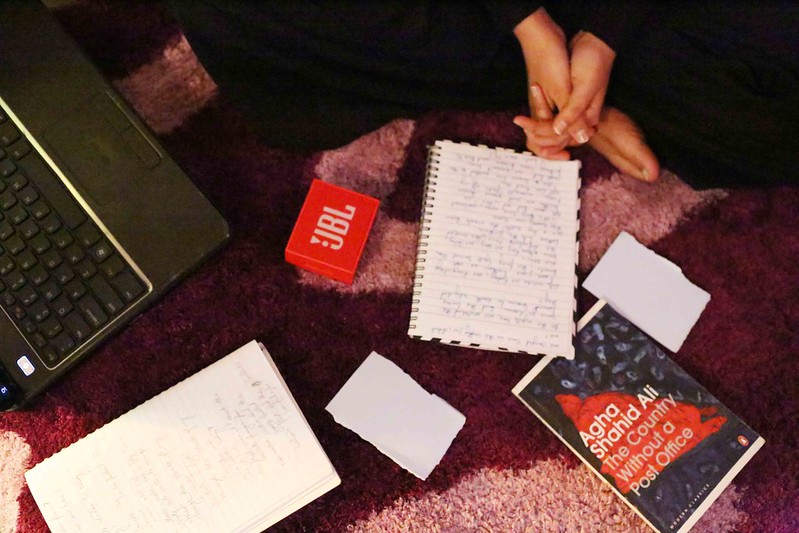 A paperback of Aga Shahid Ali’s poetry is lying on her living room mattress. The small table has an old copy of The New Yorker. The shelf is stacked with authors such as Friedrich Nietzsche, Marcel Proust, and Mirza Waheed.

And then she wants the world to believe she is a qualified biotechnology engineer.

But that is nothing more to her than a graduation certificate.

The Delhi Walla is meeting Samia Mehraj this afternoon in her capacity as a poet. Ms Mehraj, who recently received the coveted Young India fellowship, is looking forward to spend a year in Ashoka University, Haryana, where she will study liberal arts.

In her 20s, she lives alone in her apartment with her books, her rice cooker, her laptop, and her note pads. There are no windows, which is probably a good thing because her neighbourhood in south Delhi’s Maidan Garhi is mostly a mumbo-jumbo of dusty lanes and concrete structures built without any concession to conventional architectural aesthetics. Even if Ms Mehraj‘s flat was in a less congested locality, the window view might still have not been as beautiful as the one at her parents’ home in Kashmir.

Ms Mehraj grew up with a younger brother in Srinagar and Sopore where her father works as a civil engineer and mother as a Zoology lecturer. The window of her room in their Sopore house looks to an atmospheric street, an old dilapidated building and lots of poplar trees.

“Non-Kashmiris gather the stories about Kashmir from books, magazines and newspapers,” says Ms Mehraj, “While an average Kashmiri like me knew it all merely by gazing out from our windows.”

Referring to her land’s decades-old violent insurgency, she says, “It hurts to see people dying.”

Actually, Ms Mehraj does have a window in her Maidan Garhi flat but she keeps it closed and has instead decked it with yellow notes scrawled with Aga Shahid’s lines. One chit says: ‘My memory is again in the way of your history’. Another says: ‘Your history gets in the way of my memory’.

In a way, Ms Mehraj’s life is full of gentle rebellions. “When I was in Kashmir, I had to struggle with its conservative ways. I could never be myself. I wanted to run away. But when I’m in Delhi, I want to run away back home.”

Ms Mehraj moved to Delhi in March 2016 despite the reservation of her parents. She briefly worked as a creative content writer for a start-up in Gurgaon. “To me, Delhi is like the Paris of runaway girls. This city challenged me. It is here that I became an independent woman.”

In the beginning, Ms Mehraj wanted to be an engineer but her parents insisted on a career in medicine. Apparently, she says, most parents in Kashmir want their daughters to be doctors.

But Ms Mehraj did not budge and studied engineering in a university in Punjab. She started writing poetry only a year ago, though was always drawn towards it because of her father who tends to hum (only hum) ghazals in his “melancholic voice.”

Mehraj shares excerpts of her poem – The Runaway Girl – with us.

in the hottest of summer

when the vows are broken and a girl runs away from her home?

You must have adored her gold anklets.

It must have been tinkle in their sound that never gave it away.

Or maybe they shone too darkly in your stone eyes

and blinded you so.

Pray, why else didn’t you see how they weighed her down?

And now she tiptoes down this ghostly town.

while you fret and fondle in your pitch dark beds.

The little light that she’d been kindling

so carefully, so secretly

And how you wish that she was more obedient to you,

and not to her waywardness,

Explaining the story behind this poem, she says: “Leaving home with a hope that I’ll be a writer one day wasn’t easy. Crowded city, small rooms, hot weather and a purpose to find. I did survive it but convincing my parents to let me experiment and live in a city alone instead of doing a masters in engineering was hard. They loved me but couldn’t understand me.”

She goes on to say, “This was extremely stressful for me and my parents. At that point of time, I found Alok Dhanwa’s Hindi poem titled ‘Bhagi hui ladkiyan’ somewhere on the internet and it instantly filled me up with emotions. Later, I clenched my fists and penned down this poem. I slept well that night.”

A runaway girl from Kashmir 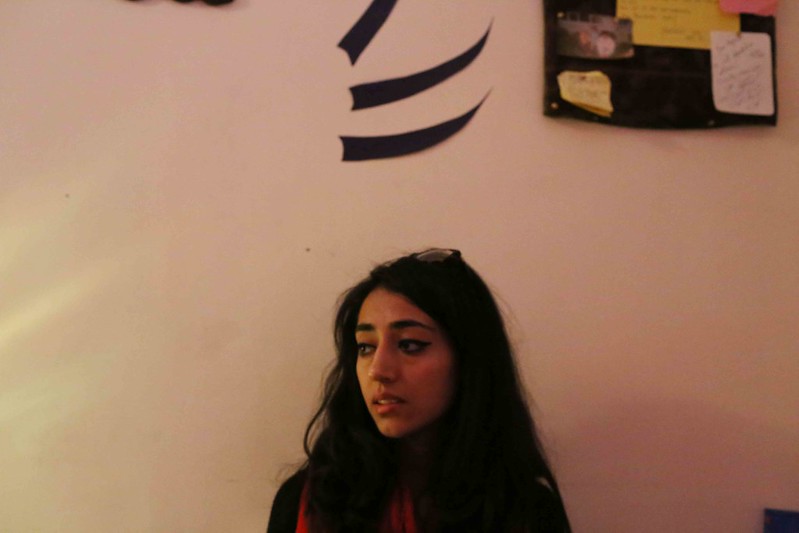 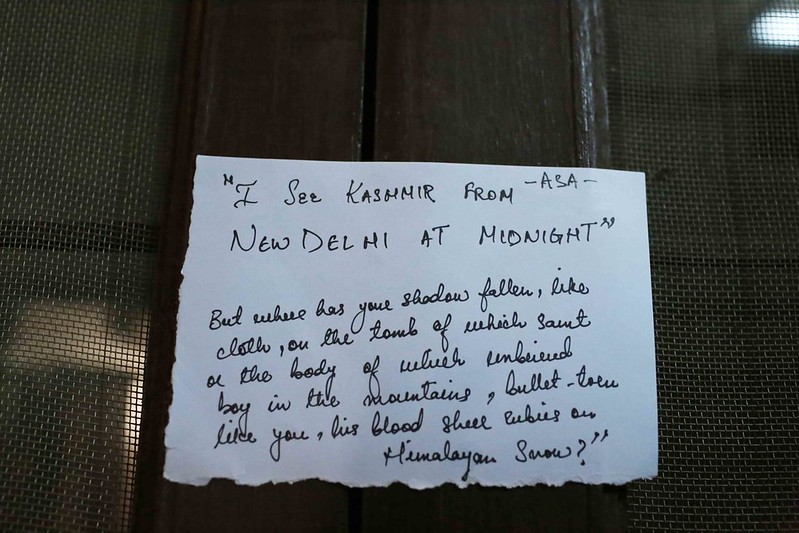 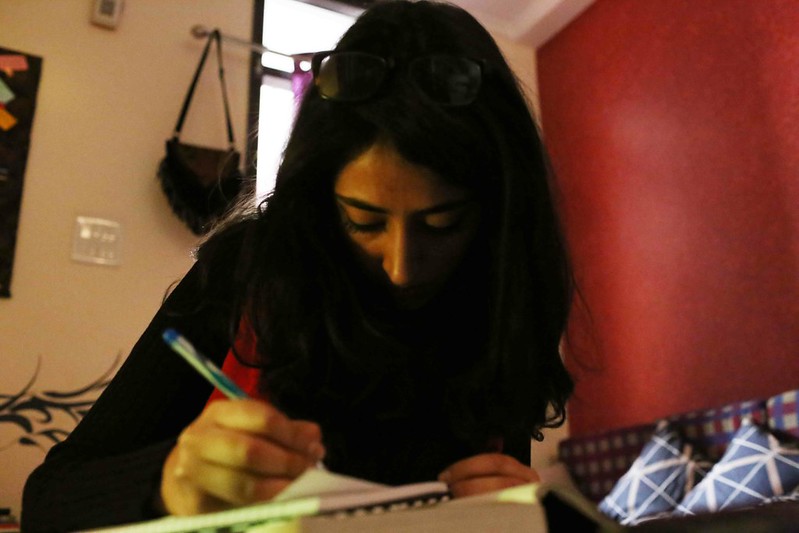 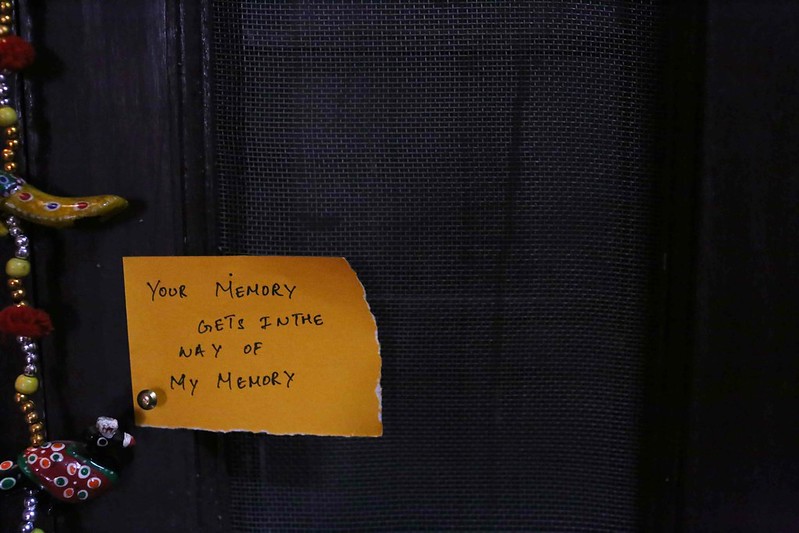 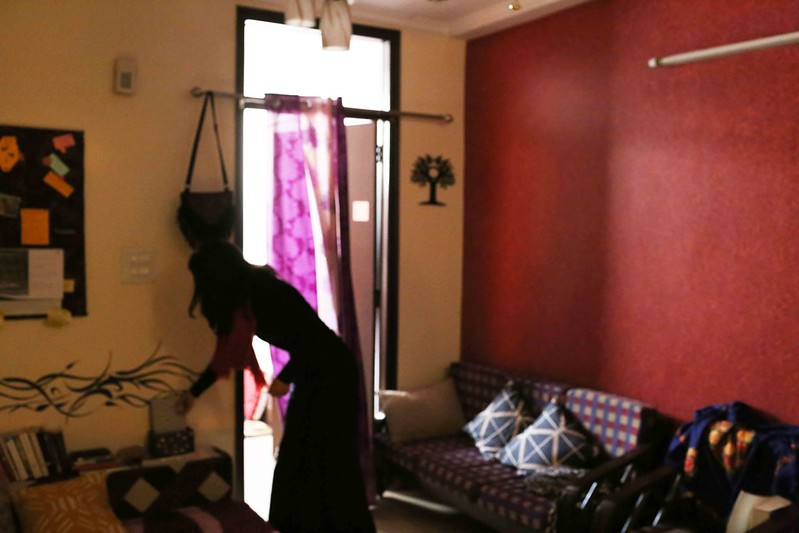 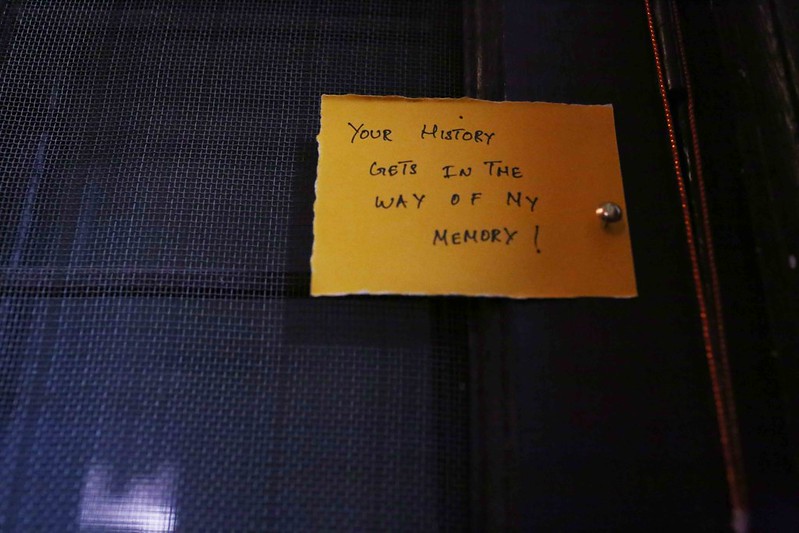 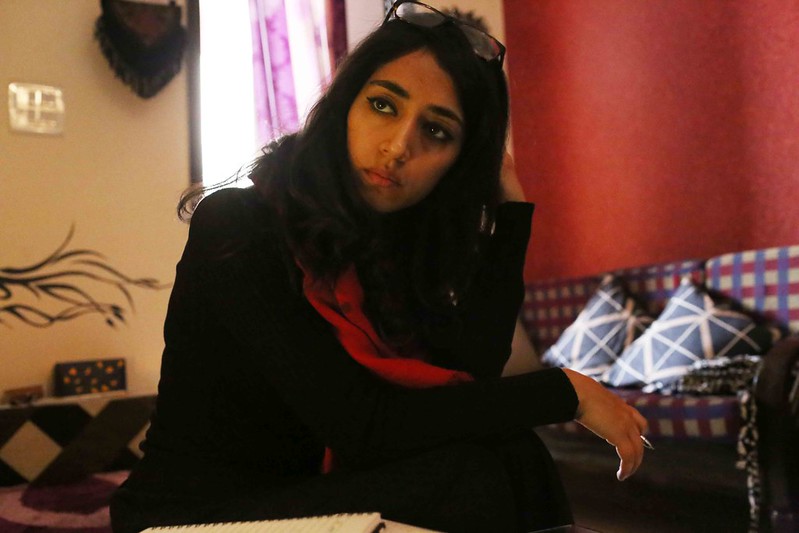 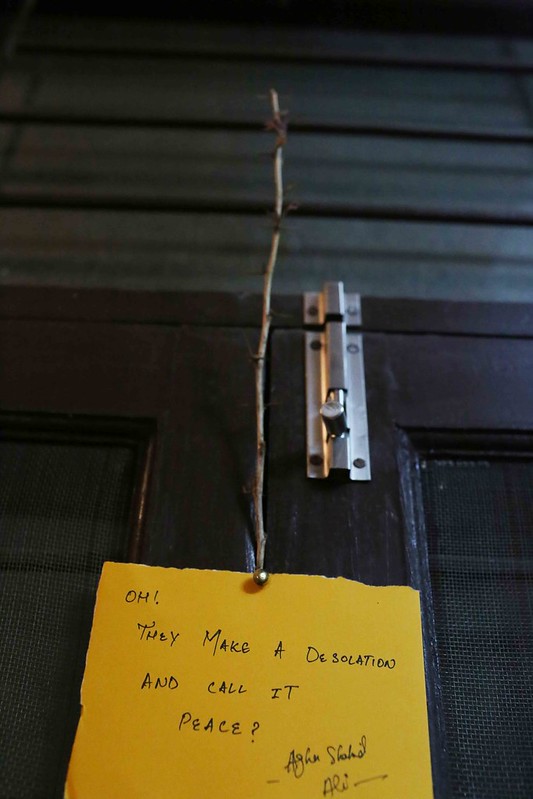 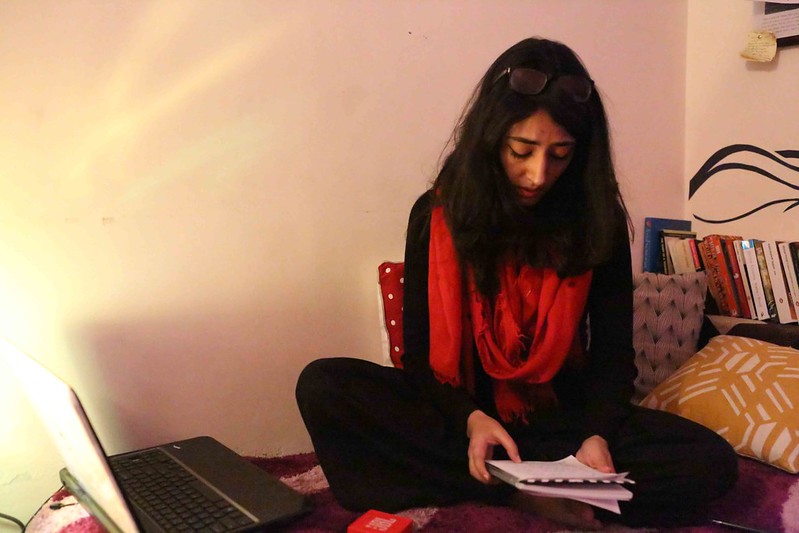 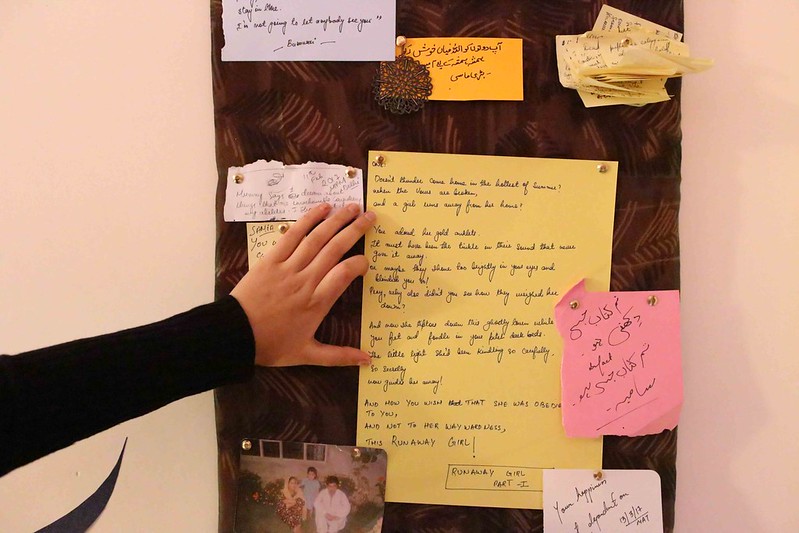 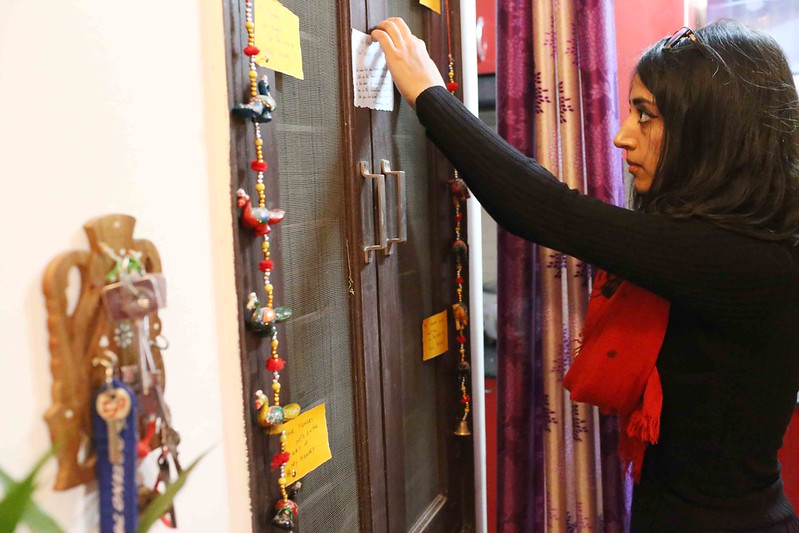