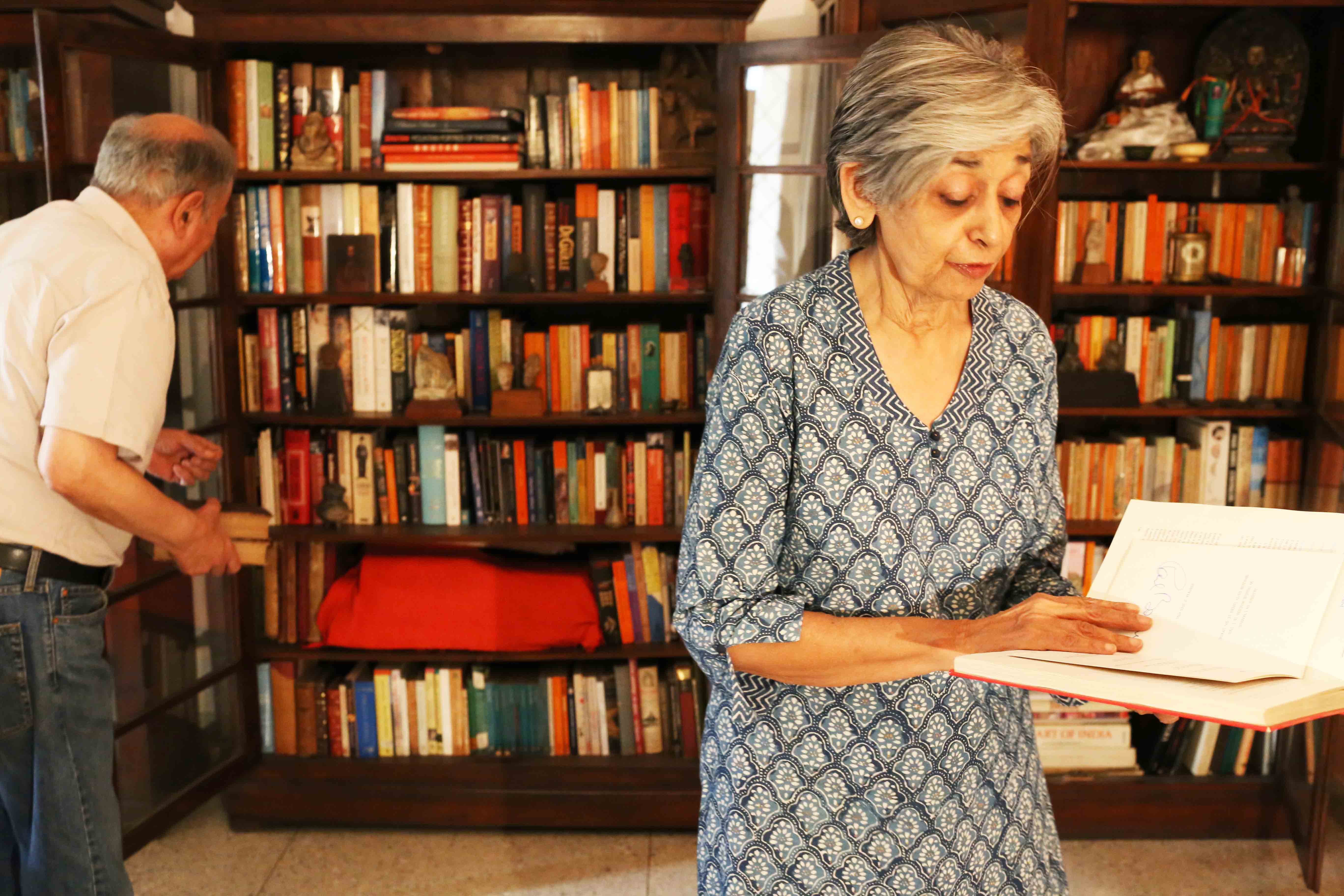 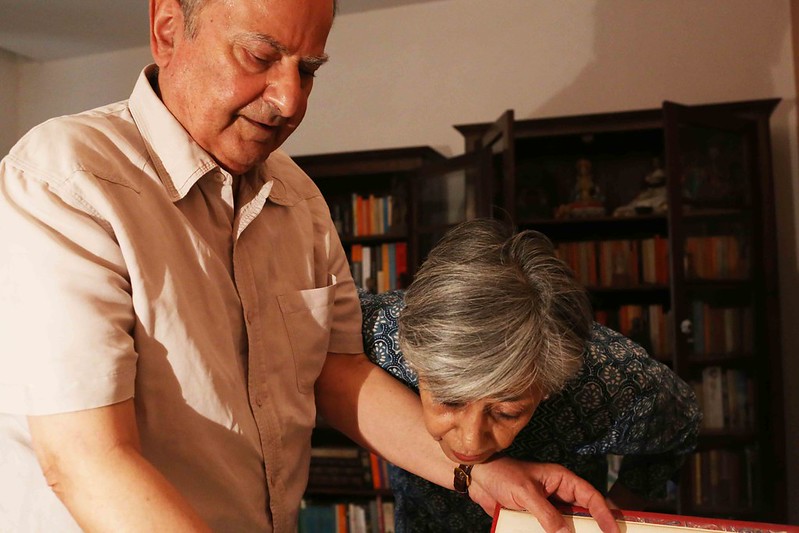 She lifts the small white envelope from inside the table drawer, carefully takes out the fragile piece of paper within, and unfolds it carefully with a tweezer.

It is merely a bookstore’s cash memo — Rs 290.94 — for a book titled Remembrance of Things Past.

That‘s the English translation of the seven-volume French novel by Marcel Proust, which today costs more than Rs 4,000.

The Delhi Walla is in south Delhi’s Safdarjung Enclave at a bungalow of the family that owns Bahrisons Booksellers. The seemingly banal record of a commercial transaction is in the possession of Aanchal Malhotra, the eldest daughter of the couple who runs the capital’s oldest surviving English-language bookshop in Khan Market.

Aanchal, a writer, is finishing her first book — on the Partition. The receipt was handed to her mother a week ago by Dalip Mehta, a retired foreign service officer.

Mr Mehta was casually flipping through his copy of Proust’s novel he purchased in 1982. He discovered the little chit pressed between the musty pages and returned it to the people at the bookshop, hoping they might be interested in it for sentimental reasons.

Mr Mehta, who graduated from Cambridge in England, has been going to Bahrisons since his childhood days in Delhi. His wife Nandini, a journalist and publishing house editor, also used to frequent it as a college student.

She once wrote in a magazine how after buying James Thurber’s Is Sex Necessary from the bookstore, its founder-owner Balraj Bahri called her mother, saying, “I want to warn you, your children are reading very unsuitable books.”

Balraj Bahri died a year ago.

Looking at the receipt, his granddaughter Aanchal says she is “always trying to piece together the traces of Bahri sahab as a young man in the earlier decades of his career…. By returning this old receipt, Mr Mehta has also given us a tiny sliver of Bahrisons history.”

The next day I head to Dalip Mehta’s bungalow in Vasant Vihar.

Mr Mehta retired as the dean of the Foreign Service Training Institute in 2002. His wife quit her publishing job a few months ago on turning 70. The couple often reads in the bedroom.

A couch beside the double bed is the husband’s favourite reading spot and was a gift to his wife from Kawal Malik, who was married to late author Khushwant Singh.

Mr Mehta escorts me to his study and shows us the three paperbacks of the Proust novel he purchased from the Khan Market bookstore more than 30 years ago.

Remembrance of Things Past was one among the many books on France he and his wife acquired that time in a preparation to acclimatize to a new city.

Mr Mehta was moving with Nandini to Paris to take up the post of “Number two” (deputy head of mission) in the Indian embassy.

“We lived in rue de Franqueville in the 16th arrondissement,” he says.

While residing in Proust’s city, the Mehtas acquired a few rare French books on India from secondhand bookshops. However, like many other well-meaning readers, they never got around to reading Proust’s long novel. Even so, Proust travelled with them to the exotic places they lived after Paris, such as Thimpu and Tashkent.

“We always carried Proust with us because we had the noble intention of reading him some day,” says Mr Mehta.

On our request for a special photograph, he settles down on his bedroom couch with one of his unread Prousts. His wife sits on the bed with a book on Sicily. Their world seems perfect, with or without reading Marcel Proust. 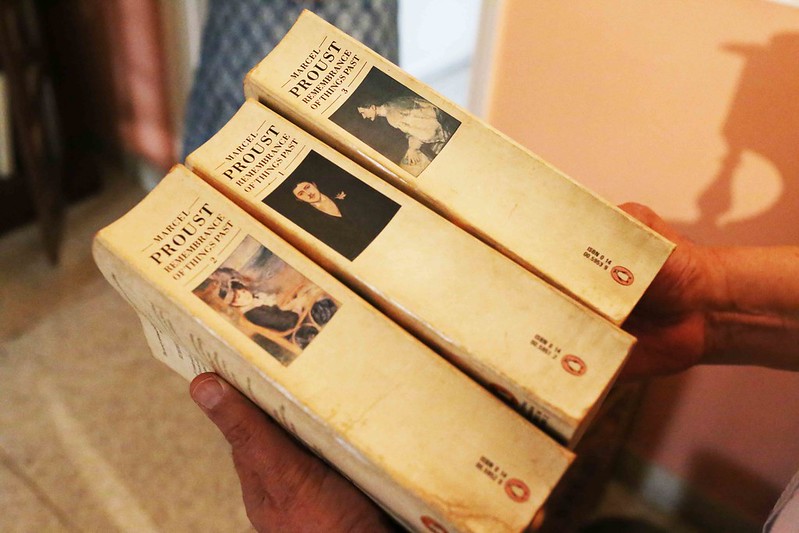 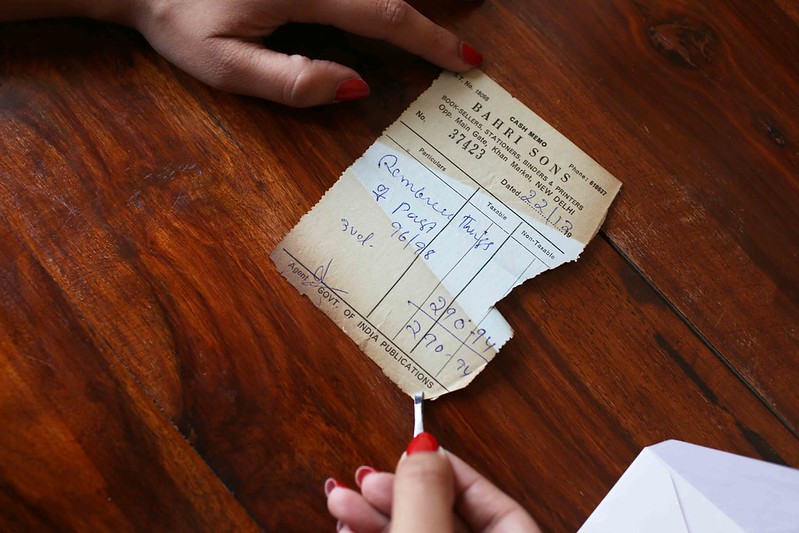 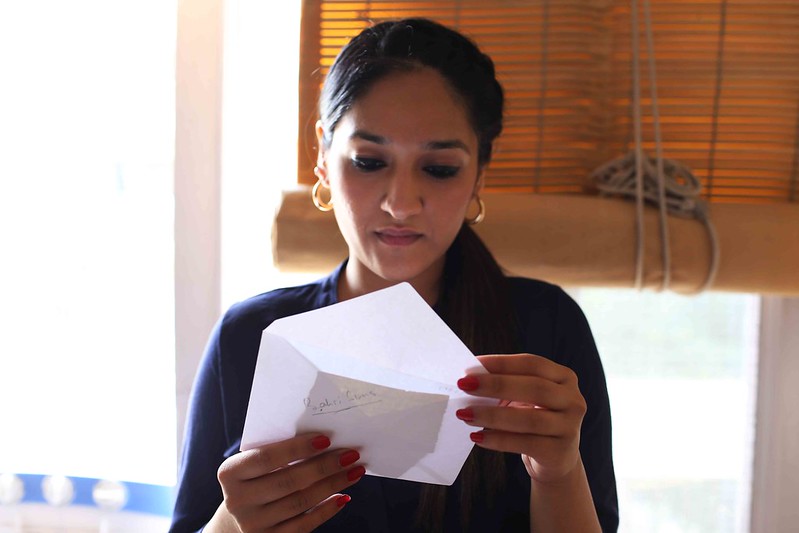 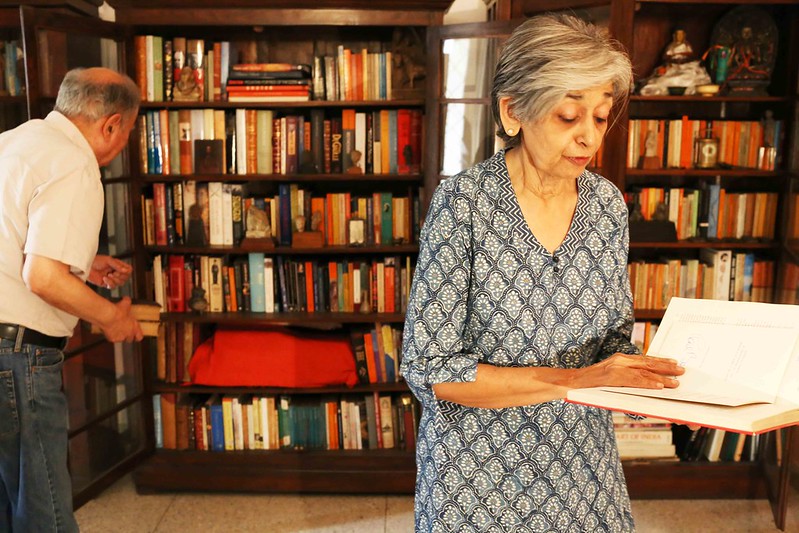 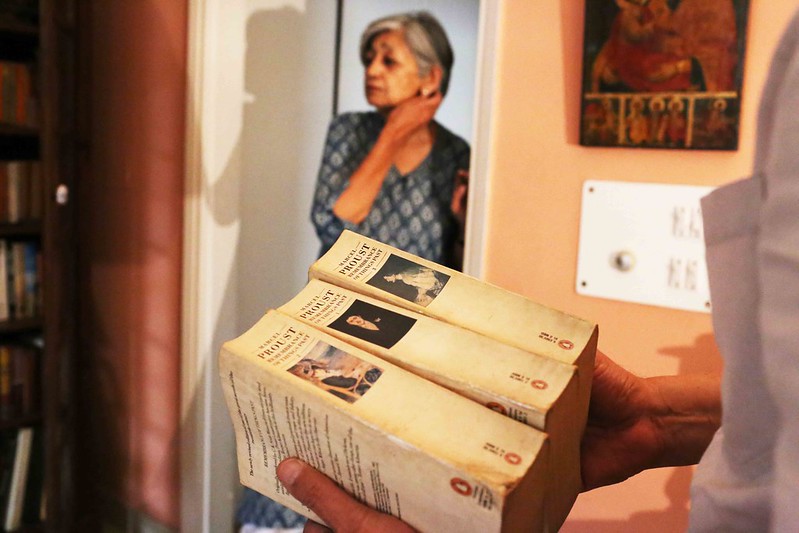 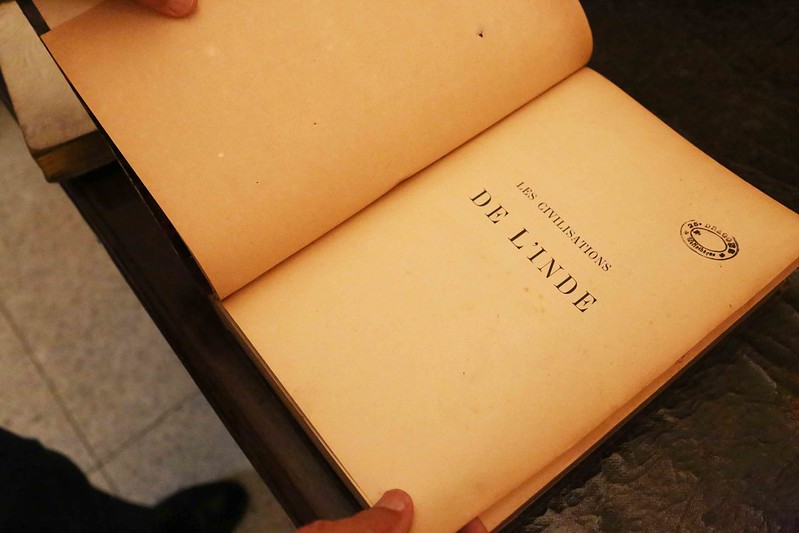 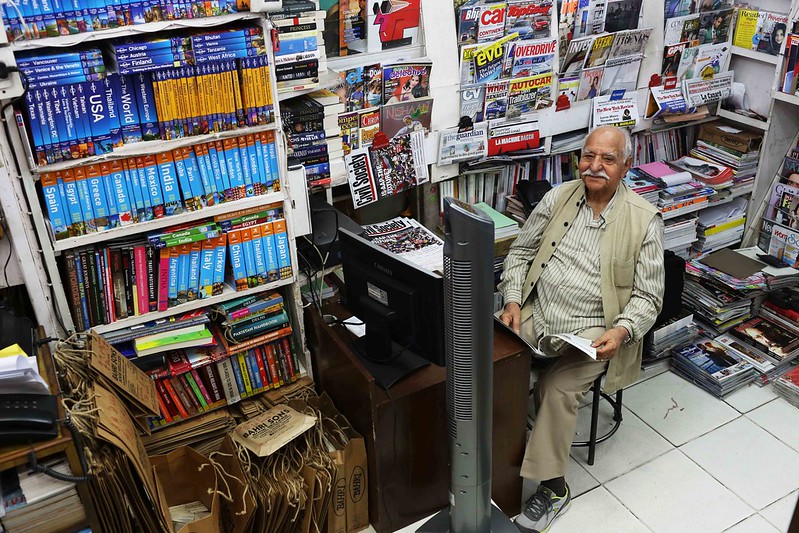 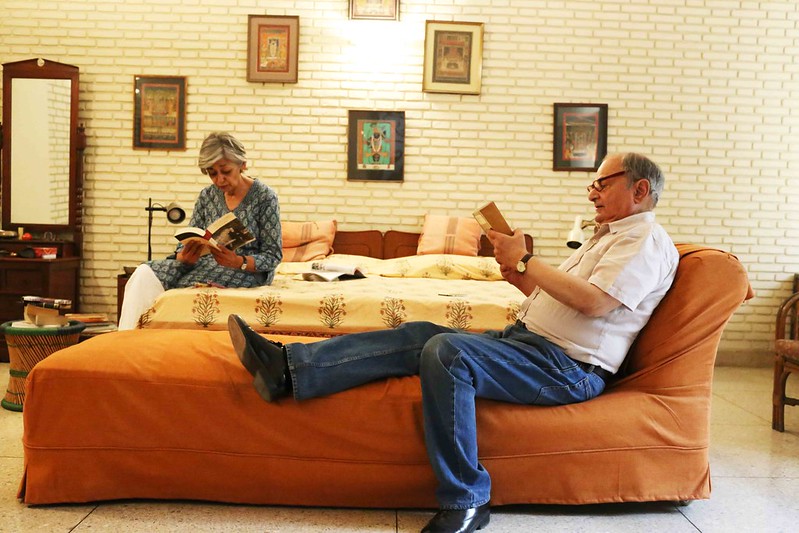 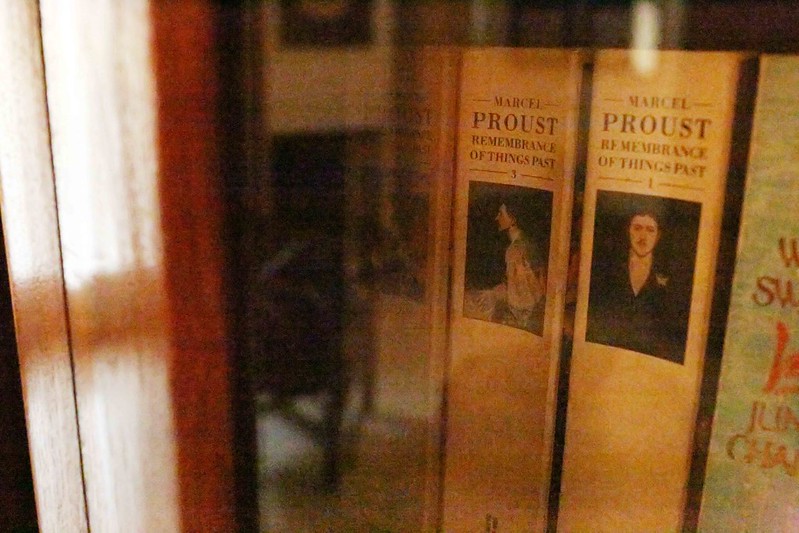