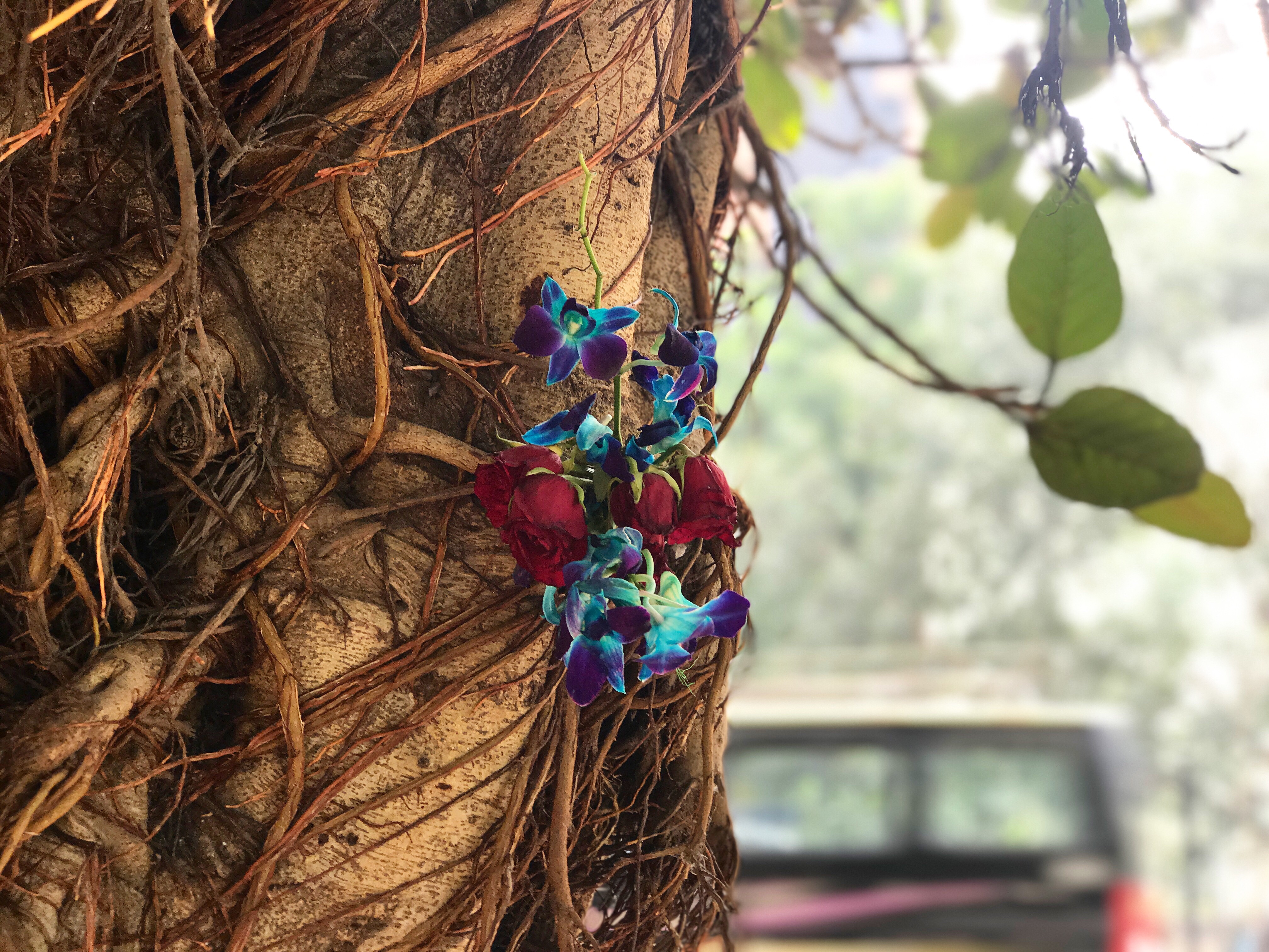 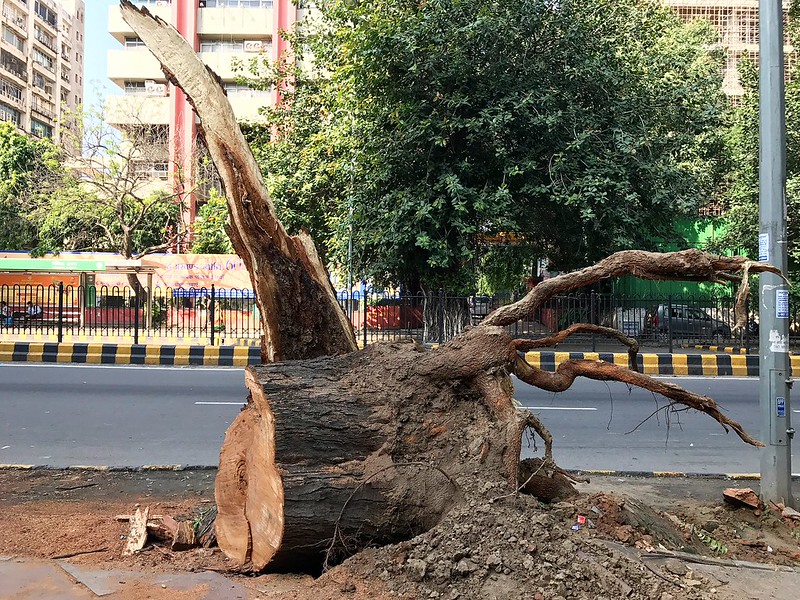 The infirmities of old age had finally set in. That beloved old neem would simply topple in the next storm.

So the authorities, in their wisdom, took a deep collective breath and ordered it to be felled this month.

Even then, this landmark tree outside the American Centre in central Delhi has left a legacy. There are four more gorgeous trees along this pavement on Kasturba Gandhi Marg, sheltering some well-known stalls right under their branches. Commerce, like life itself, goes on. 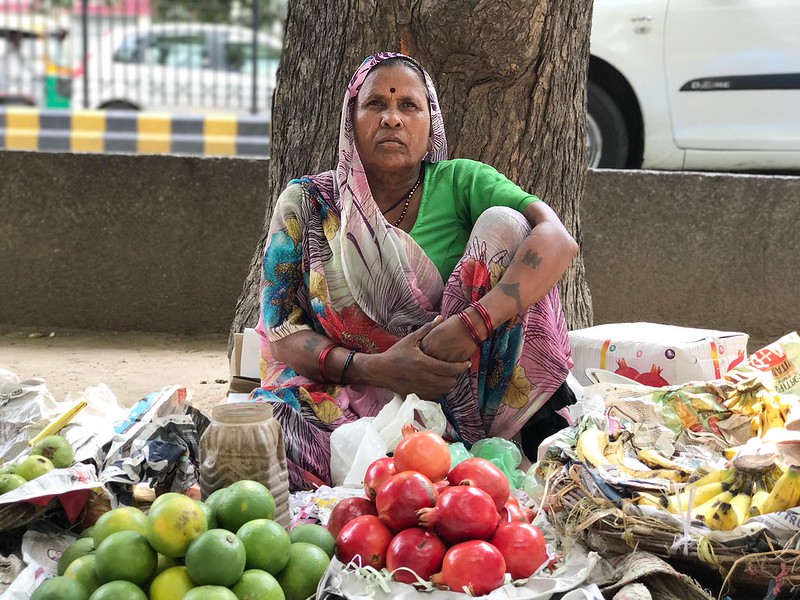 She’s been at it for 32 years, selling fruit under the protective neem.

Rama Bai loves her profession, no question about that, but admits to long and exhausting days. She usually gets moving at 5am to cook lunch for her retired husband in their shared dwelling in east Delhi’s Khichripur. Within an hour, Ms Bai is out and about, taking a bus straight to the fruit market in Azadpur, where she obtains her daily provisions.

And onward to the noble neem, where she patiently sells her wares till early evening. Ms Bai arrives at home at 10pm to join the extended family.

There was a time when her daughter-in-law would keep dinner ready for her. “But these days, we’re having a tiff so I have to cook it myself!” she says, with a grin. It’s a cramped setup, she says, in the family home the couple shares with one of their sons and his family. 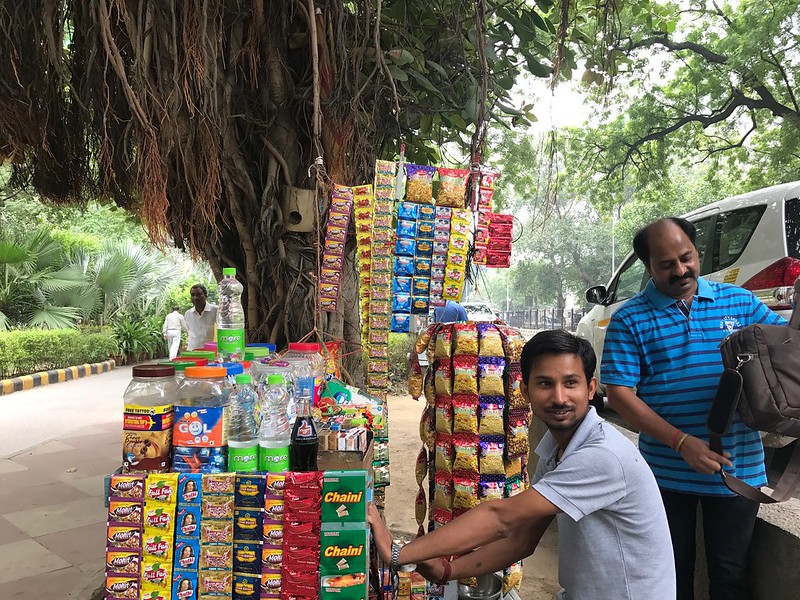 Of course, his name isn’t Bablu at all, but everybody calls Amil Kumar just that. This enterprising merchant sells a huge array of snacks, rivaling the number of aerial roots on the bargad tree that shelters him. The roots aren’t neglected by Bablu, who ties salted namkeen packets on them while bustling about, selling everything from mouth fresheners to cigarettes.

The enterprise was launched two decades ago by his father, who now enjoys a well-deserved retirement. The reins were handed over to Bablu seven years ago, giving him the opportunity to commute from a considerable distance — Karkardooma in east Delhi. The bicycle ride “takes just 50 minutes,” he says nonchalantly. No big deal. 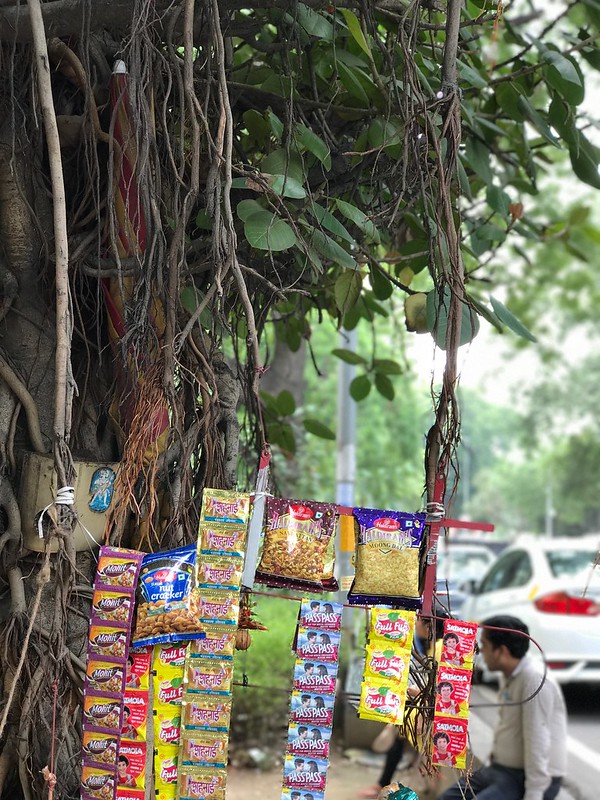 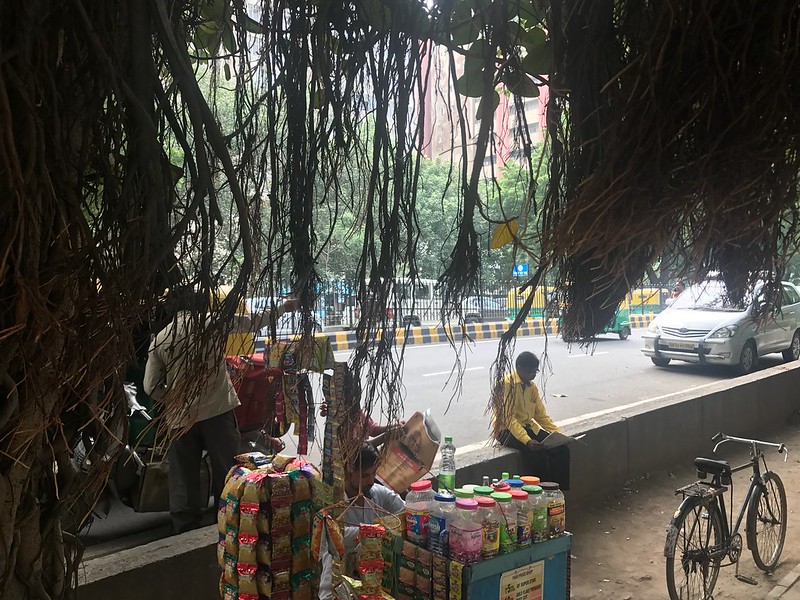 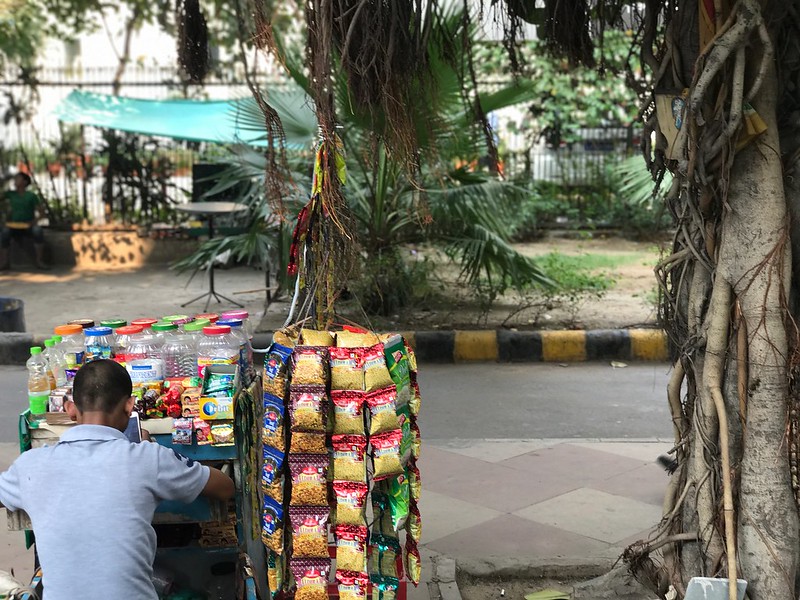 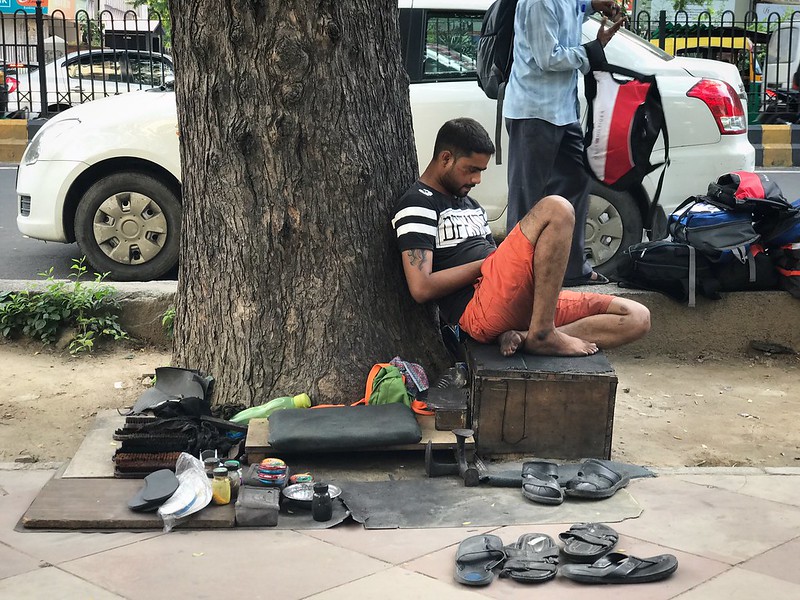 The thriving business was actually stitched together by his father some 20 years ago. Umesh Rathore didn’t turn cobbler until the passing of pitaji (father) in 2008, “leaving me feeling adrift.”

He had studied till class 6 “and I tried to find work but couldn’t,” so at length he decided to fill pitaji’s shoes. Mr Rathore commutes from Shahdara in east Delhi and sits daily from 10am to 6pm. 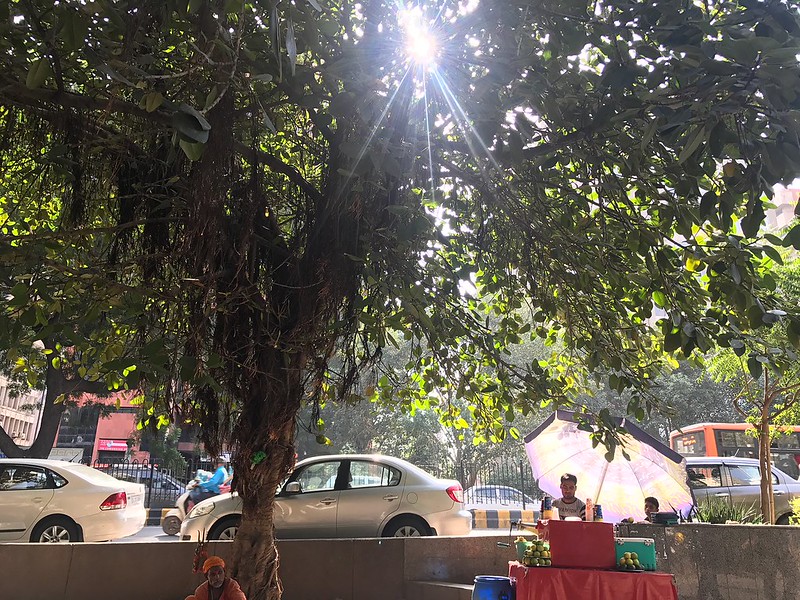 He’s a relative newbie on this pavement, having set up his fresh juice kiosk only five years ago. Mohammed Mohsin Khan’s business is thriving. Another guy helps him serve a virtual army of loyalists who are drawn to freshly-squeezed sweet lime juice.

Mr Khan has little time to longingly admire the magnificent bargad, possibly because the tree doesn’t bear fruit and thus is no source for juice. 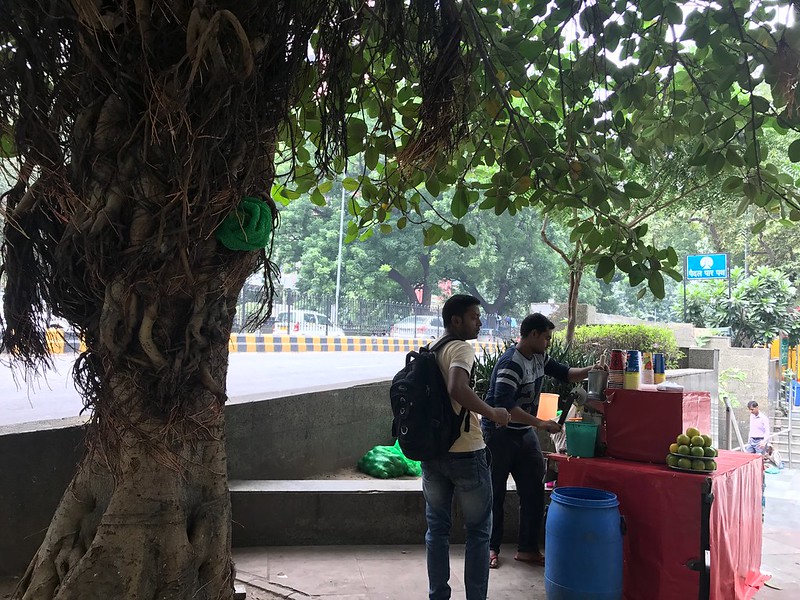 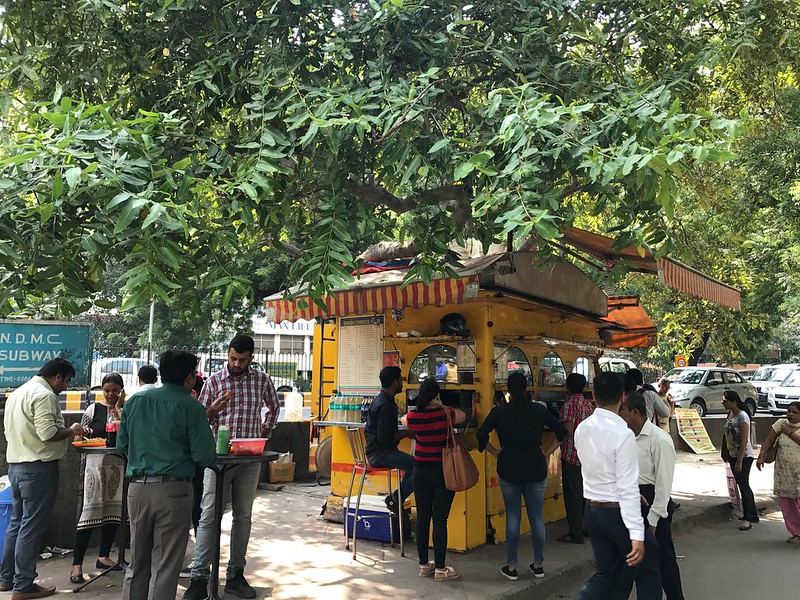 The stall consists of a kitchen where eight cooks churn out Indian-Chinese fare. This lively operation, known as Daksh Chinese Food, owned by Trilok Singh, got underway in 1994 with popular items such as chilli potato and Indian staples such as rajma chawal.

The shack starts serving at noon and keeps dishing it out until 10pm. All the busy cooks live in the stall, but on a hot summer night, some sleep on the roof, caressed by the arjun’s cool breezes. 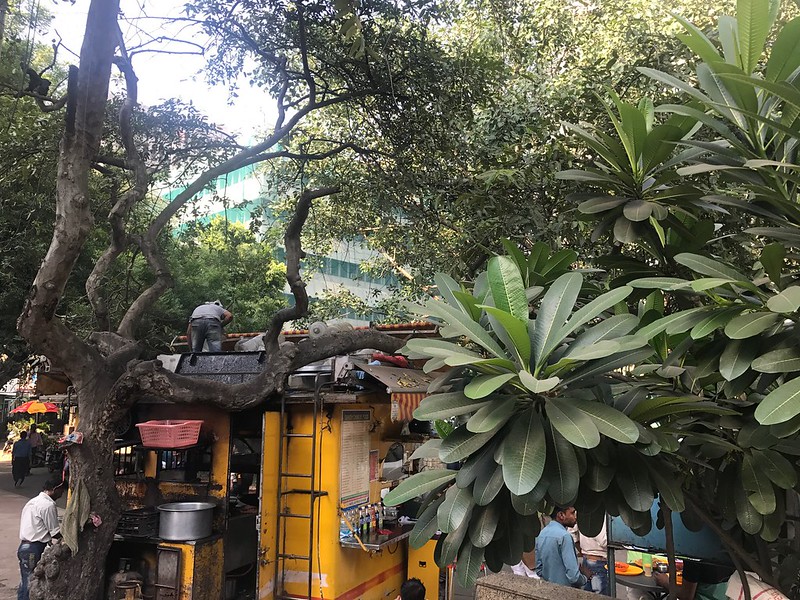 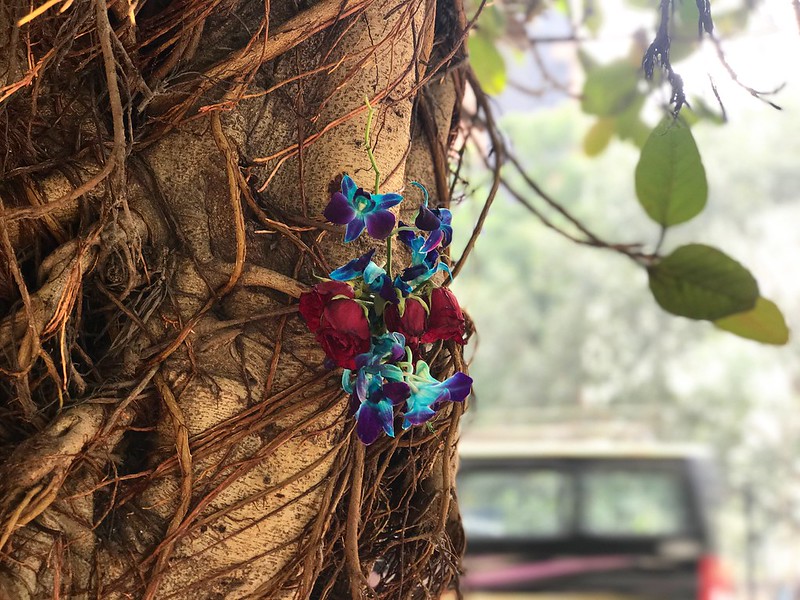