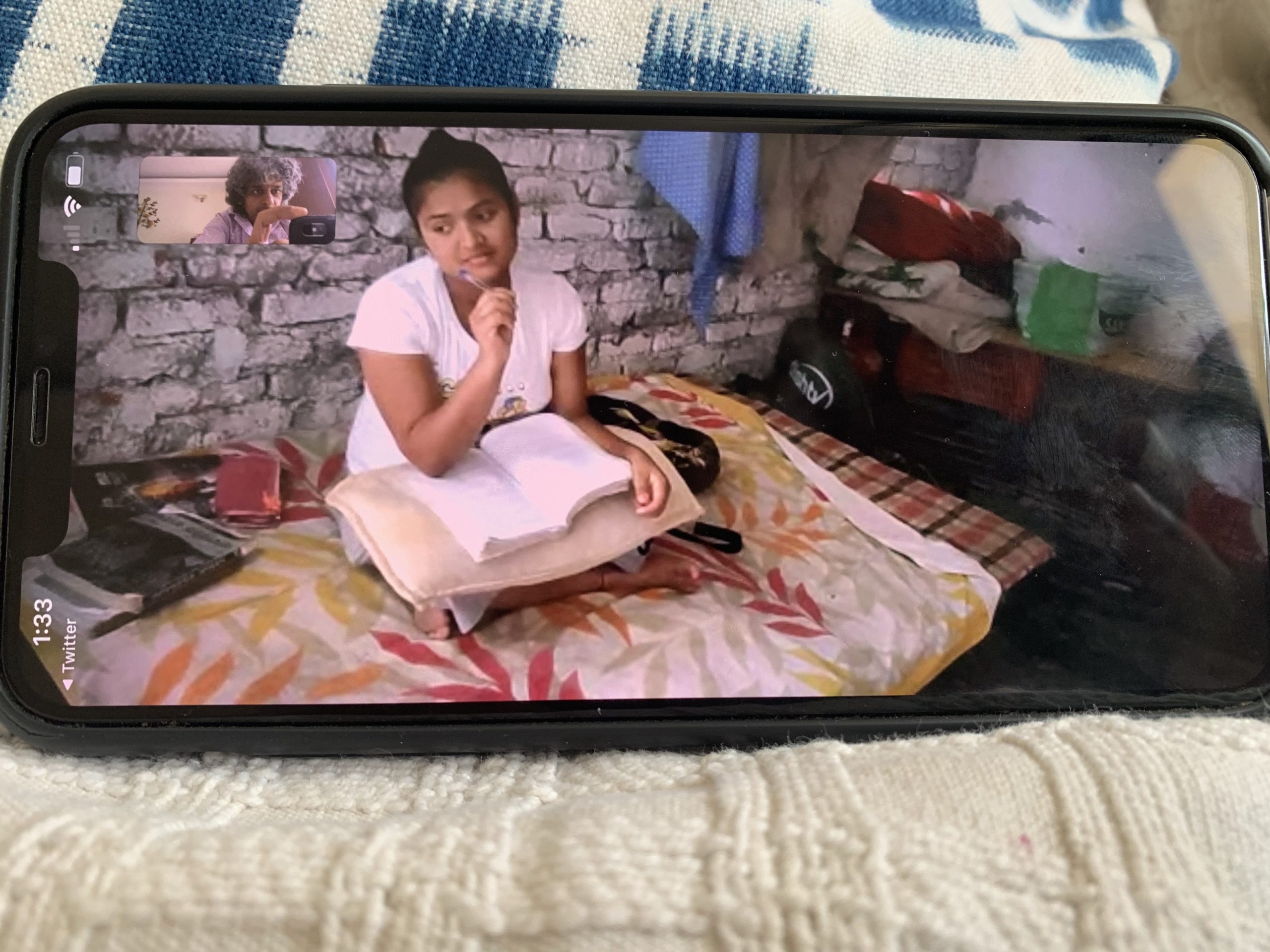 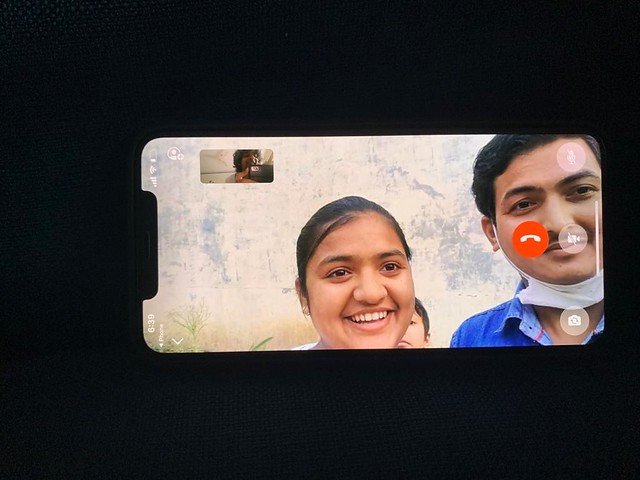 At 17, Tara is a 12th standard student in Government Girls Senior Secondary College in Gurugram’s Jacobpura. If she sticks to her plan to continue studies after completing college, she will become the first woman in her family to be a graduate student. None of her two older (married) sisters and two older brothers are.

Even more, she will be the first member in her entire khandaan (clan) to attain this distinction. Nobody in her circle, men included, has ever been to college.

The woman lives with her brothers in a two-room house in Gurgaon’s Sector 31 in the Greater Delhi Region. Vikas is a vegetable seller and Parveen drives an auto rickshaw, “though now, because of the lockdown, he is helping Vikas bhayya with the vegetable cart,” she says, talking on WhatsApp, her sentences unconsciously entwined in both Hindi and English.

Tara has already decided on her career. “I will become a CA (Chartered Accountant),” she says in a calm confident voice, as her brother Vikas watches her in awe —the pictures are taken through the phone screen that connects them to The Delhi Walla. “I’ve always been interested in accounts and in maths,” she says, shrugging her shoulders.

Becoming a CA won’t be easy, Tara confesses, foreseeing a life of hard work coupled with various other challenges.

But that’s something she is already used to.

Every day Tara wakes up at 4 am to prepare a quick breakfast of chai and butter toast for her brothers, who launch into their working day pretty early in the morning—-“sometimes I surprise them by serving pasta or Maggi in place of toast,” she says, smiling.

She also prepares lunch in advance for herself and her brothers so that in the afternoon, after returning from the college, she only has to re-heat the dishes and not cook from scratch.

She boards the auto rickshaw by 6.30 am and reaches her college in thirty minutes.

This daily schedule actually lasted till the coronavirus pandemic forced a closure for all public life in late March. Tara’s parents also lived with her, here in Gurugram, but they are presently stuck in their native village in Gonda, UP, due to the ensuing lockdown. They were visiting an ailing relative. “I have to look after Mummy too… her health is not good so she is not able to help me with household chores,” the college student says matter-of-factly.

The lockdown has brought its own set of difficulties to everyone but in some sense it has eased Tara’s life, giving her more flexibility. “Since the college is closed and I’m home all the time, I don’t have to prepare the lunch in advance.” She ends up spending a large part of the morning, as well as a good share of the afternoon in her studies, her text books even now scattered upon her charpoy.

It helps that her college seems to be adapting swiftly to the new normal. “Our teachers are conducting classes through WhatsApp.” Lectures are sent to students’ mobiles as PDF files and complicated theories are explained through audio files prepared by teachers in the self-isolation of their own homes. “We contact teachers on their private mobile numbers for individual queries,” she says.

Even through she has faith in herself, Tara realises the uncertainty of her future. “My family’s financial background isn’t very easy… one has to think about the money that might be needed for my university-level education.”

She plans to learn “something in computer” so that “I can do some chhota-mota job to fund my higher education.”

But for now she needs to end the phone chat and get back to her books and WhatsApp audio lectures, she says, smiling. It’s late morning and she will get up to prepare lunch for herself and her brothers only after a couple of hours.

By next year, if all things go well, she will enter university, and step into a new stage in her life.

[This is the 298th portrait of Mission Delhi project]

A portrait of tomorrow’s Chartered Accountant as a young woman 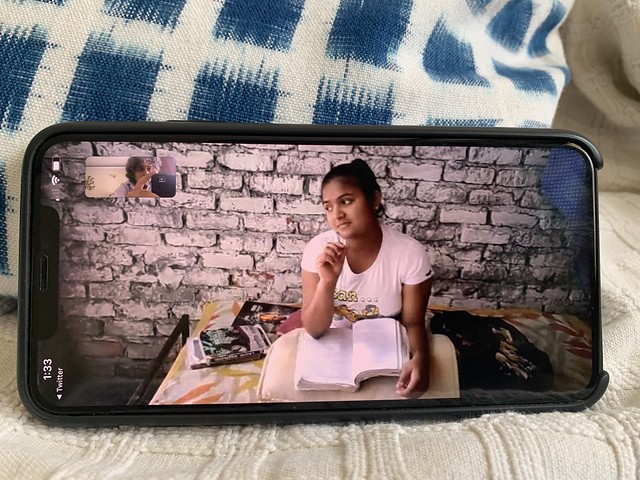 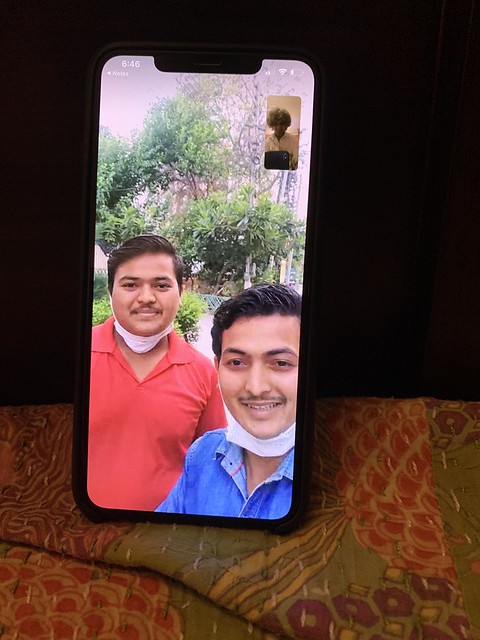 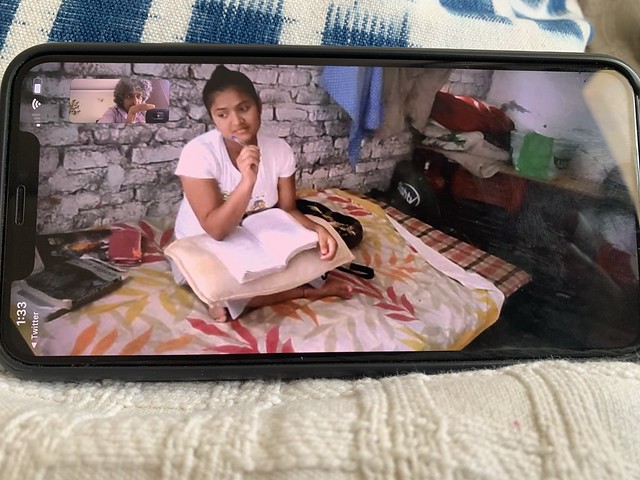