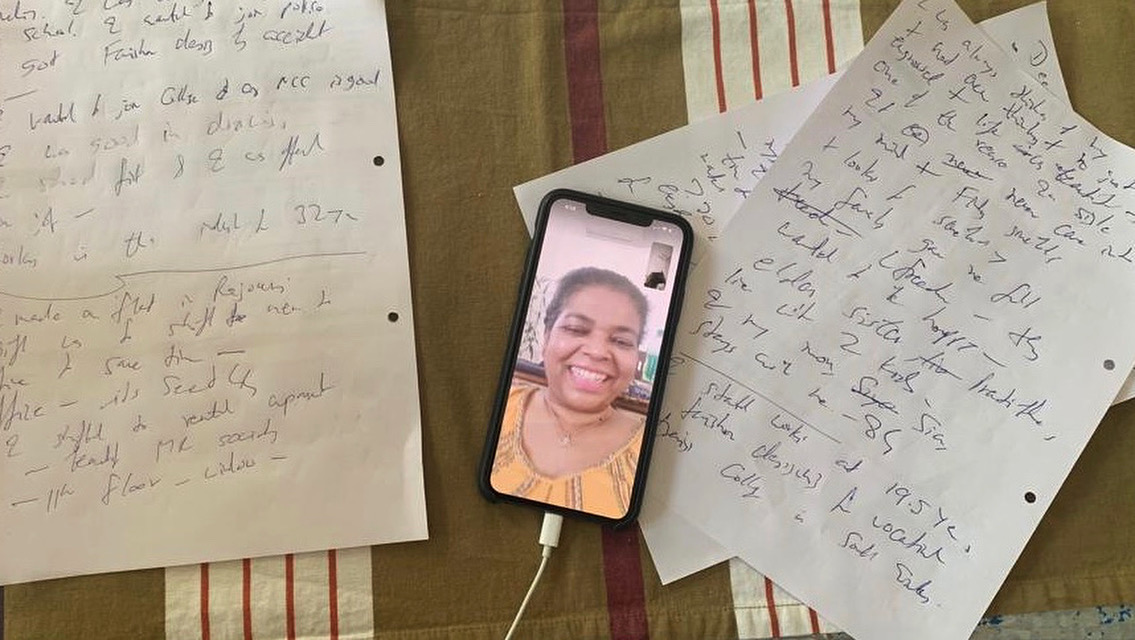 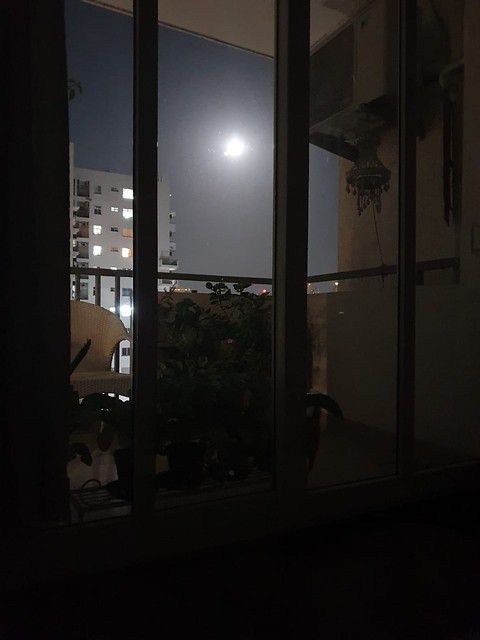 [Text and photos by Mayank Austen Soofi, but top pic of the moon by Deepa Ojha]

She can see the moon while lying on her bed. She often Whatsapps photos of it to friends, commenting good-naturedly, “See, what I’m viewing from my bed!”. This is a privilege that she acquired by the sheer force of her belief that “we have just one life and we have to take steps to make it happy, even if we are scared in the beginning.”

Deepa Ojha is speaking this evening on WhatsApp from the isolation of her 11th floor apartment, in a gated residential complex in Gurgaon’s Sector 66 in the Greater Delhi Region— a wide vista of apartment towers entwined with green expanses of trimmed lawns. The lady lives in a four-bedroom house with mother, Sia, “who ran away from home to marry my father back in the 1960s”, and dog Snoopy, whom “I rescued from the Golf Course Extension Road in December, while driving home from office.”

Drawing apart the curtains of her bedroom’s glass wall, overlooking the balcony, she gushes, “See, the Aravallis (mountain range).” A bluish outline of hills looming behind a series of towers is faintly discernible through the phone screen that connects Ms Ojha to The Delhi Walla.

“It just doesn’t feel like living in a city… so much space and openness.”

The private world Ms Ojha has fashioned for herself makes her particularly content because “I’m single at 51 and make my own decisions about life and its routines.” Which includes going to the gym, learning Zumba dance, and attending yoga classes. Though these days her fitness rhythm is reduced by the lockdown to walking “10,000 steps daily” within her apartment—including taking the dog twice a day in the apartment society’s “pet park”.

This paradise is new for Ms Ojha. A senior executive in textile industry for more than three decades, she spent all her years in Rajouri Garden—her roots were so entrenched in the west Delhi neighbourhood that she even bought a flat there in 2003. That world was left for good in the winter of 2018 following her move to this rented apartment in Gurgaon. “The shift was my gift to myself on turning 50.”

Delhi is full of people who consider the Millenium City rather unkindly, viewing it as a soulless place crammed with malls and offices. If, however, they happened to listen to Ms Ojha gushing about the sustenance she draws from her new address, they might as well imagine she has settled down in the spiritual retreat of a pilgrim town like Haridwar or Rishikesh.

The lady explains that she left Delhi after deciding to “give three hours to myself daily.”

Make no mistake. She was materially contended even as a Rajouri Garden dweller and very happy being a workaholic, but “I had no time for myself.” She would leave home at 7.30 am for her office and return at 10.30 pm—that was her daily routine for 30 years.

“I wanted to add quality to my life. I knew I could do it. I didn’t have to take anybody’s permission. Normally people have this desire to start their own household after they get married…. I’m single but I too have the desire to create the home I want.”

Seeing through this decision wasn’t without obstacles though: her elderly mother, with whom she lived, who was unwilling to leave the familiarly of the Delhi neighbourhood., which is also home to her other daughter. In a heart-to-heart chat with her mother, Ms Ojha told her that “I will certainly not be living in Rajouri after you are gone… so why should I wait. This is the only life I have.”

The lady ascribes this unusually frank talk to the upbringing her loving parents gave her — “with full freedom to follow my heart’s desires.”

Eventually, the mother agreed to the move, noting, “Maybe I should experience the place you will live in after I’m gone.” The elderly woman doesn’t regret the move even if she misses the bird sounds of Rajouri Garden.

As far as she’s concerned, Ms Ojha doesn’t miss her former home in Delhi at all. “I feel freer here. People are not intrusive or judgmental, and we all think alike.”

By now the living room is flooded with the light of the setting sun. Ms Ojha returns to the balcony outside her bedroom, muttering, “It’s all about taking a stand… my life truly began after 50.”

Not long after the phone chat, she WhatsApps a picture of the moon as seen from her bedroom. The scene looks like the stuff dreams are made of.

[This is the 302nd portrait of Mission Delhi project]

Such a long journey 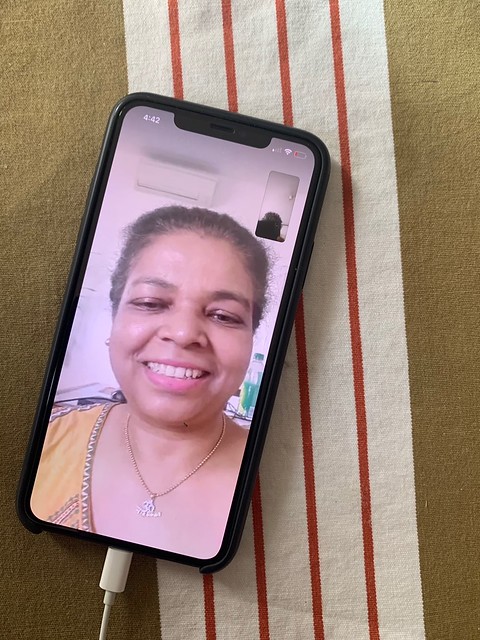 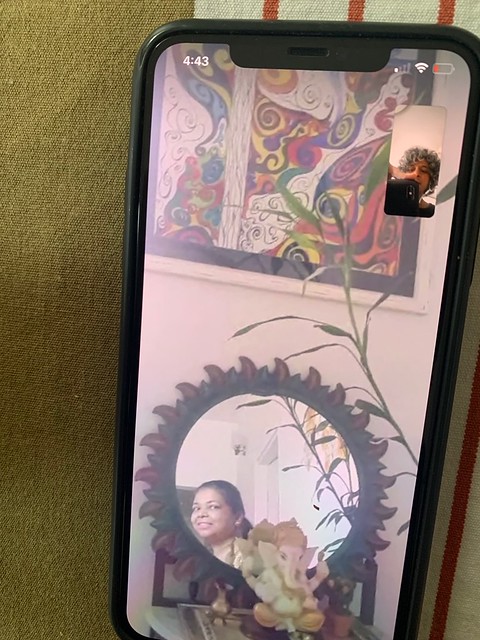 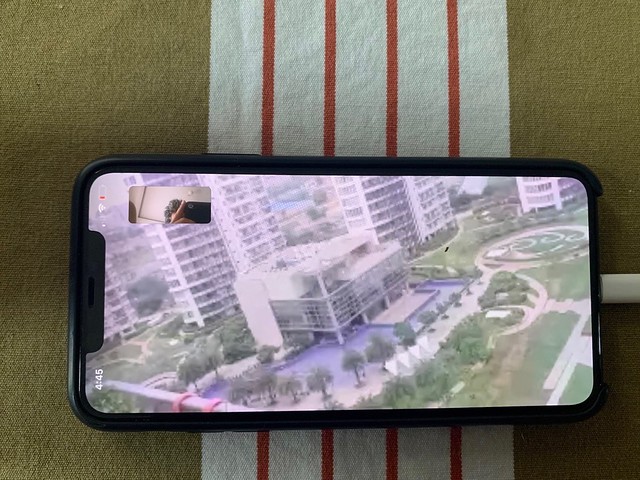 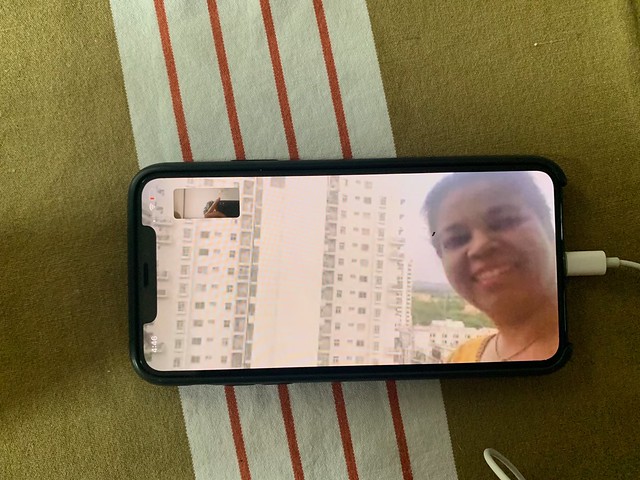 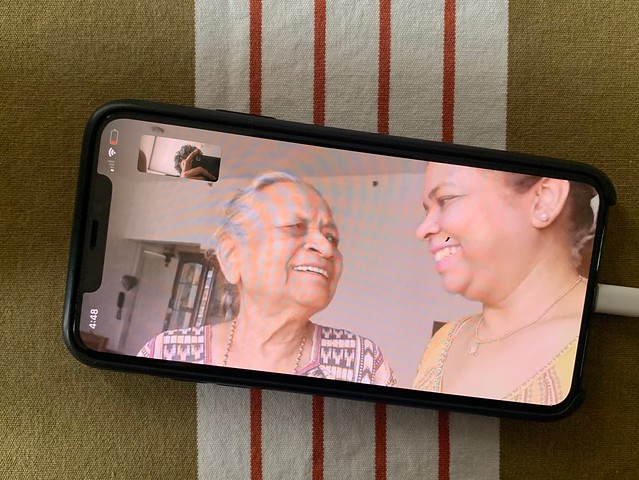 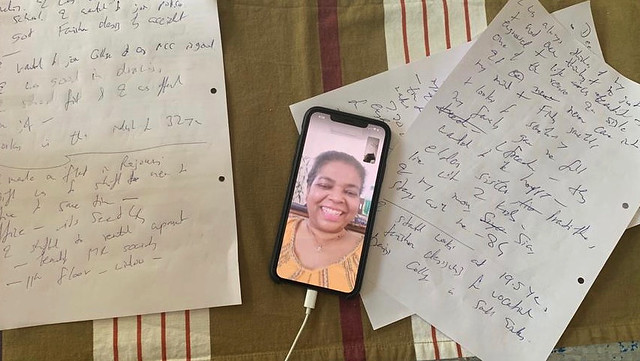