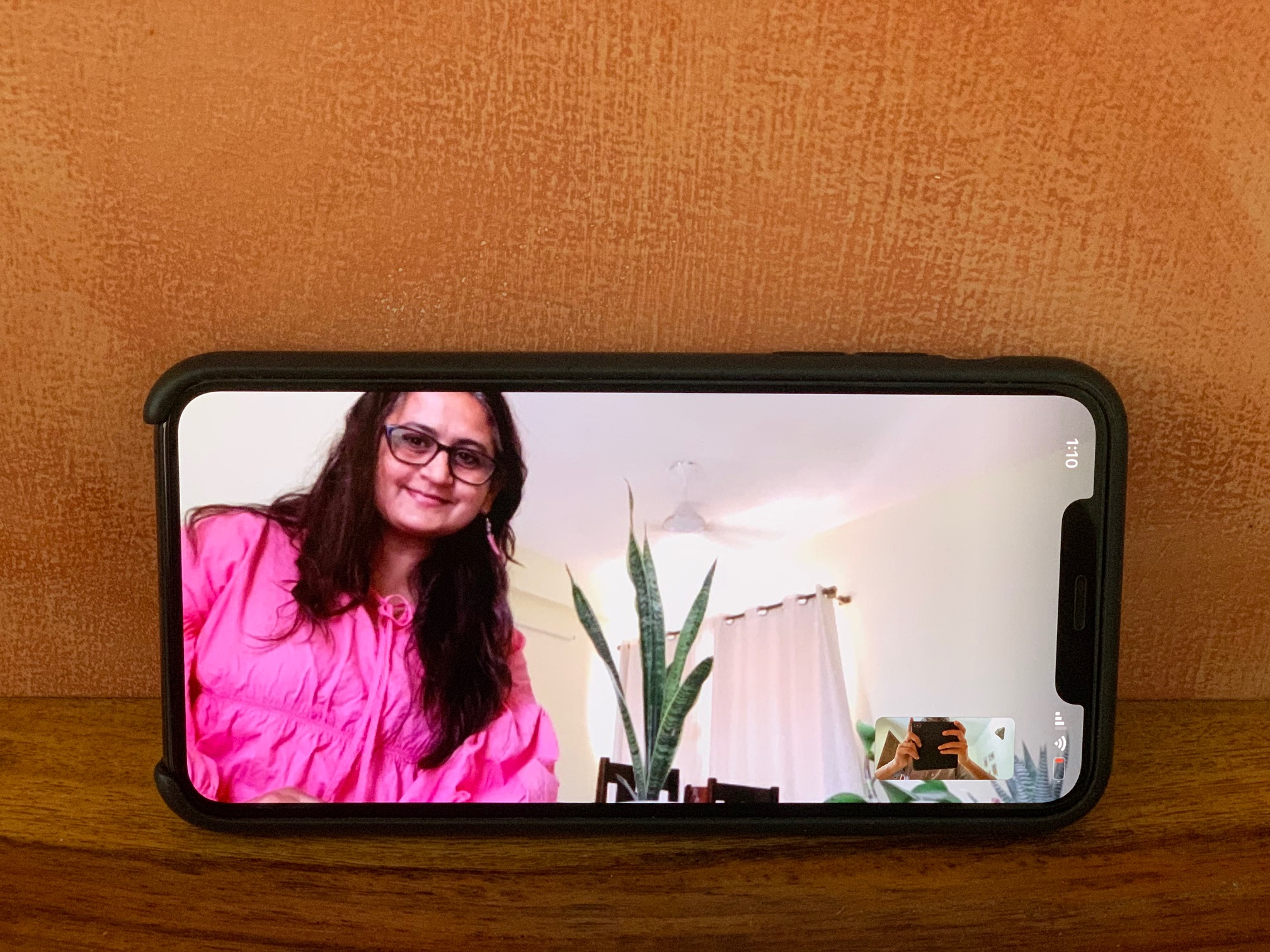 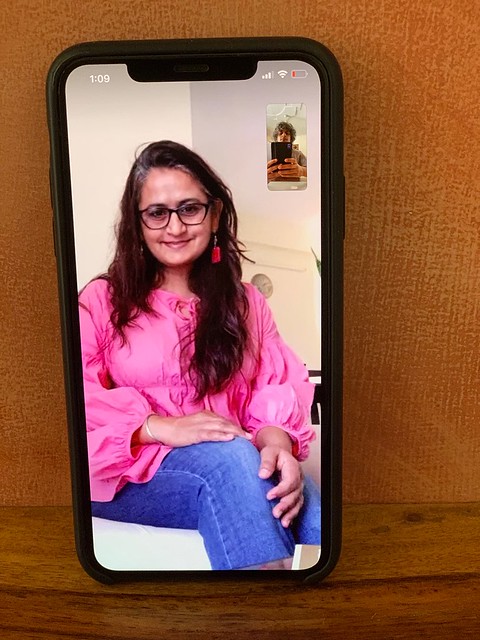 It’s not necessary that children follow the professions of their parents. Sardar Surjit Singh is a village farmer, and so is his only son. But his eldest child, a daughter, is a school principal. And his youngest, a daughter again, is a Chartered Accountant.

And she lives in Gurgaon in the Greater Delhi Region.

“But I have also done my share of farming in our small family khet (farming land),” says Navneet Kaur Virk. “I’ve fed the buffaloes, I’ve rooted out the weedy wild grass with the khurpi…”

Ms Virk’s last name happens to be the name of her village in Jalandhar, Punjab. This evening she is speaking from the isolation of her flat in Gurgaon’s Sector 93. It’s a house Ms Virk bought with her own savings — she moved into it in November last year. She has been in the city for a whole decade, but until then she would be living in PG accommodations “where hosts were nice enough, but tended to count the number of rotis one would be having for dinner.”

You might think that, for a 42-year-old career woman, enjoying an independent life in a two-bedroom flat in a modern metropolitan area is nothing out of the ordinary.

Ms Virk doesn’t see it that way. These days, as the pandemic-ridden world is reeling under a prolonged lockdown, she finds time to look back on the journey that took her from village to city.

She is the only member of her family to live in a metropolis. She is also the only one in her entire network of relatives to be single. “I took charge of my life from a very early age, and by now I have done many things by myself that I hadn’t thought I could do,” she says, breaking into a momentary laughter.

The lady’s background gives a perspective to the distance she has travelled. Her mother, she says, cannot read or write. Her father studied till 7th standard. Her brother is a college dropout. “It was my studious bhain (sister), Davinder, who kept me focused on the studies despite the household chores we were obliged to do everyday.”

The three siblings would help their parents in the fields daily after returning from school. It was expected of every child in the village, she informs.

Ms Virk’s school was four kilometers away in the town of Phagwara. She would go walking, though in her early days her brother would take her on his bicycle. Years later she was gifted her own bicycle by a cousin visiting from Birmingham, in the UK. Almost all her relatives—she points out—were distinguished by having at least one family member working in Canada or England. Hers was an exception.

“We were so poor… the little bit of crop we would grow in our land was barely enough for our own needs…. only a tiny portion was left aside for sale in the mandi (wholesale market).”

Following her sister’s footsteps, Ms Virk stayed on course with her studies, eventually entering the college, where she graduated in commerce. She picked on chartered accountancy after a casual discussion on the subject one day with a couple of friends.

Being a CA student isn’t easy, Ms Virk explains. “It is notorious as a field where students tend to fail rather than pass.” For the next few years, she would commute daily to Phagwara town for her “articleship training” with a practicing chartered accountant, a mandatory requirement for the certification course.

Ideally, if a student clears all the exams in one go, it takes about four and a half years to become a CA. Ms Virk accomplished it in 7 years. The intervening setbacks rankled her family. “First, they were under social pressure to get me married. Then, it was puzzling to them that it should take me so long to get the certificate.” They couldn’t understand why was she wasting her time staying awake on the desk all night long.

On 17 January 2007, the day she cleared the exams and finally became a CA, her brother gifted her a thousand rupees “to party with friends.”

That year proved to be a double milestone in Ms Virk’s biography. She left her village for Bangalore after landing a job in the corporate world. One of the first things she was asked in the new office was to submit her passport for a work visit to Canada. This was surreal for her. “I was coming from a rural part of Punjab where young men would spend a fortune to get visas for UK or Canada, and there I was, realizing that dream through the medium of education.”

The Canada trip fell through, but Ms Virk’s company later sent her to California for eight weeks. By now, travelling abroad is no longer novel to her. She flies to UK almost every year for meetings with clients, she says.

The lady shifted to the Delhi region in 2010, and is currently a senior manager in a multinational company.

“As far as my materialistic dreams are concerned, I feel contented,” she declares. Haunted by the limited means of living while growing up, she was propelled by an urgent urge to become financially free. “Now I have the ability to buy things I desire without thinking much about the cost.”

And then there’s the freedom of anonymity that a big city offers to its residents, including single women. “It doesn’t feel a bother to get out of the house… nobody here cares where I might be going, or if I am the one driving the car, or if I am with somebody else… this all is freedom.”

At one point during the phone chat, Ms Virk steps out onto the terrace and shows the sun setting behind a row of tall buildings through the screen that connects her to The Delhi Walla.

“Like most mothers, Mummy also believes that a kudi (girl) is settled only after she gets married…. but I feel that nobody ever gets settled in life.” Following a pause, she confesses that “one of the reasons I purchased this flat was to make Mummy feel secure about the fact that I have a place of my own and that I can take care of my life.”

And in that, Ms Virk confirms, her mother feels reassured.

[This is the 303rd portrait of Mission Delhi project]

Such a long journey 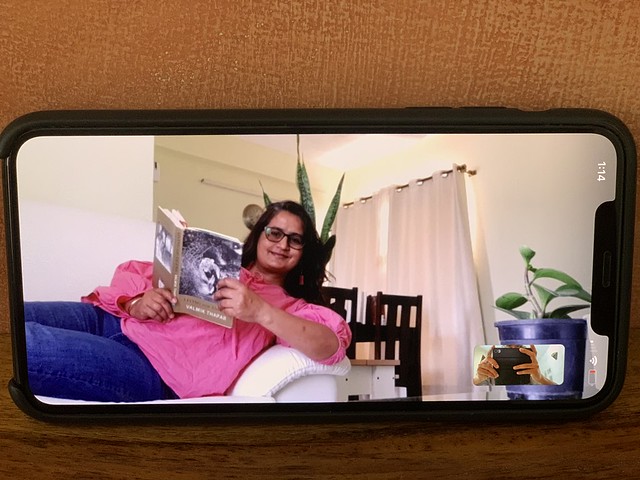 1a. (Ms Virk with sister, her inspiration, and sister’s family) 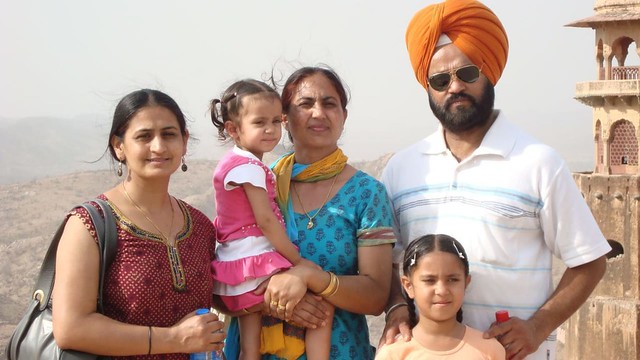 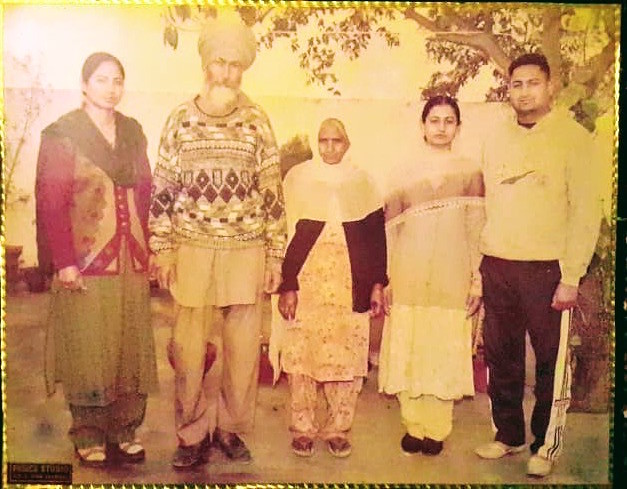 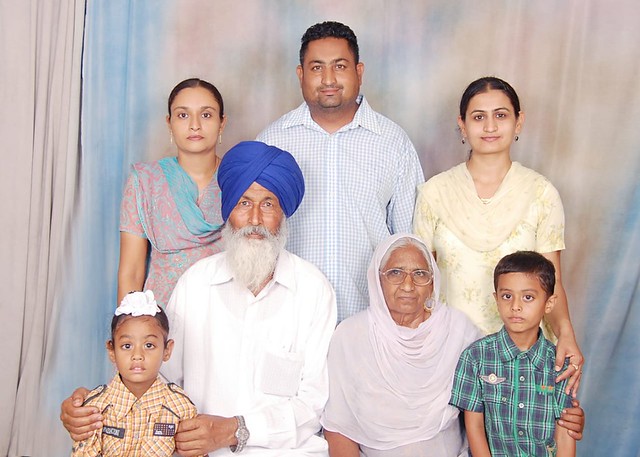 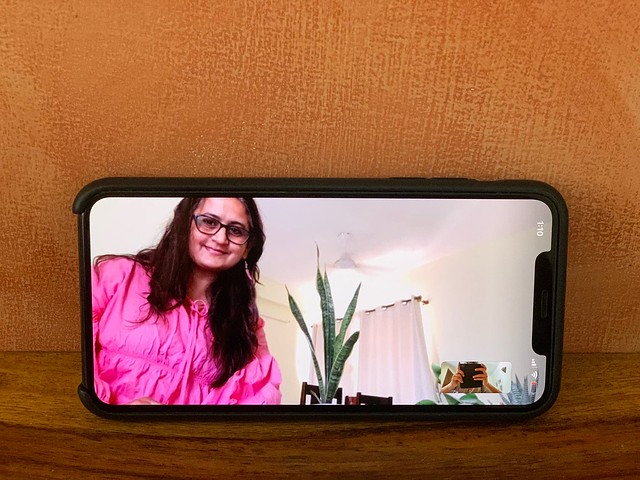