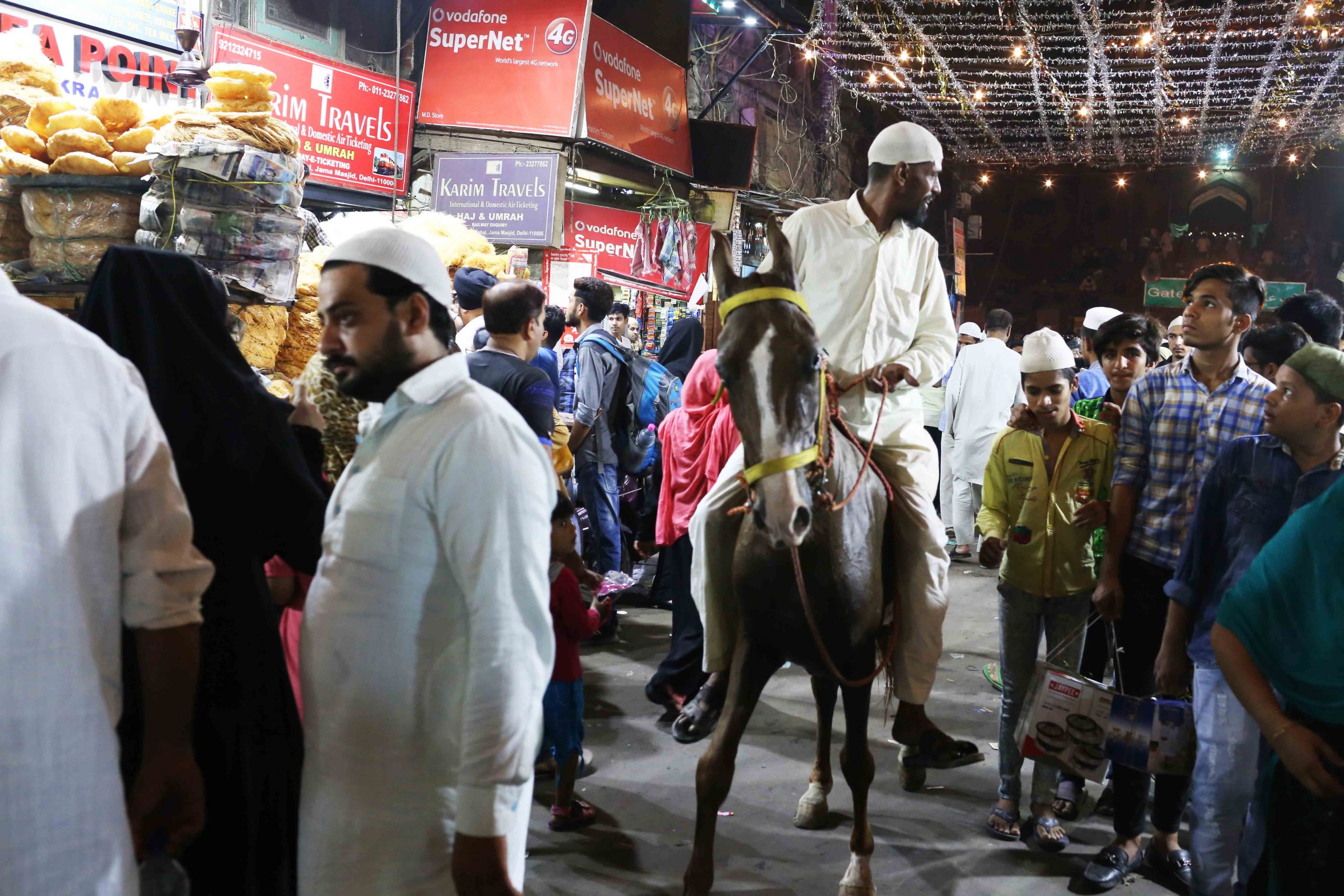 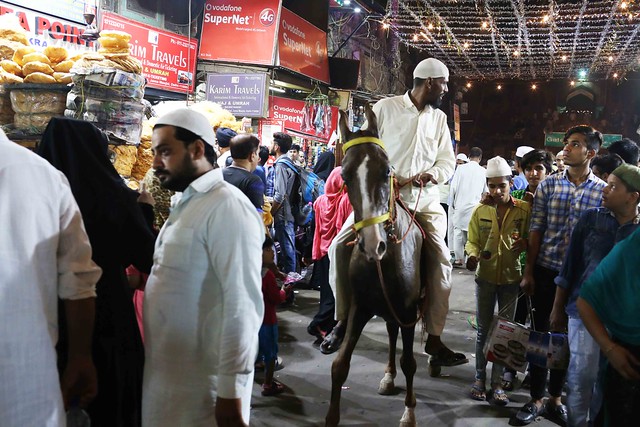 Ramzan 2020 is ending this week. Yesterday was Alwida (farewell) Jumma, the last Friday of a sacred month in which the Muslims believe that the Quran was sent down from heaven. The practicers of this faith are obliged to abstain from negative thoughts, speeches and actions to purify their inner selves. And also from food and water, during the day.

This time, Ramzan turned out to be the most unusual one in living memory.

The fast, or roza as it is called, ends every evening after the Maghrib prayers, but this year friends and strangers did not sit together in homes and mosques to have iftari, the day’s first meal. The mosques remained closed to devotees.

At night, the area around Old Delhi’s Jama Masjid did not become a culinary destination as is always the case in Ramzan. Nobody stormed into its narrow by-lanes to shop for dresses and sandals until late night, and to feast on kebabs, biryanis, fried chicken and sewai from the street stalls. There were no street stall to be spotted.

The historic Shereen Bhawan mithai shop in Chitli Qabar Chowk remained closed the entire month. Its cooks—simply called “labour”—have gone back to their villages in UP and Bihar.

The area had absolutely no Ramzan time raunak (dazzle). The Matia Mahal Bazaar was not strung with fairy lights. The small mosques were not decked up with lights either. The streets stayed noiseless the entire night. Barely anybody would be spotted outside after 7 pm, the start of the 12-hour curfew.

Old Delhi, as well as the rest of the metropolis and the world, was denied the public face of Ramzan festivities this year, because of the unprecedented lockdown caused by the coronavirus pandemic.

Here is, as a homage to this loss, a remembered excursion through some of the real places and experiences that went missing this month; the recommendations are drawn from memories of years past. (The photo is from a previous year’s Ramzan night).

Iftari at the Dargah

Start by partaking the evening-hour iftari in the courtyard of the Sufi shrine of Hazrat Nizamuddin Auliya, in central Delhi’s Nizamuddin Basti. Scores of people sit in neat rows just before the breaking of the fast; each person is served a snack portion containing mixed fruit salad, samosas, cut melons and a glass of roohafza milk. The best part of the gathering is getting to know the folks sitting on either sides of you. Your neighbour could be anybody—a fakir, a Lonely Planet backpacker, a software engineer or even an instagramer. The hooting of the siren gives the signal to start eating. The first few minutes are completely silent as people dig into their first meal in several hours.

Next, board an auto rickshaw to Turkman Gate, the Mughal-era gateway to Old Delhi, which will set you back in time for just 80 rupees.

This evening, all roads lead to Jama Masjid. There are many ways of reaching the historic mosque. You may stroll through the super-crowded lanes snaking through Chitli Qabar and Matia Mahal. The path goes past several points of interest—do stop by a tea shop just beside the unknown person’s tomb located at the first intersection on crossing the gateway. It’s the only chai establishment run by a woman in this part of the Walled City.

Now head straight towards Matia Mahal, and take little breaks on the way.

Treat yourself to their special coconut paratha. Sweet and milky, it looks look like a huge bun and is very heavy, though it feels deceptively light while you are eating it.

This small shop is stacked with flaky khajlas, the monumental ghee-drenched swollen bread that is consumed by breaking it into bite-sized pieces and then soaking them in a bowl of milk. Kamaal’s khajlas are preferred by the Pahari Imli snobs because it has its own bakery. Most other shops get their supply from east Delhi’s Seelampur.

Mohammed Danish never lets his hissing-hot shahi tukda get cold. The deep-fried slices of white bread, submerged in flavoured chashni (sugar syrup) and topped with super-rich malai (cream), are kept on a giant round platter. The dish continually simmers on a fire under a cook’s careful watch. Sweet, sticky and delicious, this luxuriously treated bread dish goes best with the stall’s special home-made mango ice cream.

This seemingly modest cart stocks very many varieties of dates during the Ramzan. The must try is the one called harmuni. Coming from Iraq, according to the hawker, this date variety is soft and sweet and it is thus nicknamed gulab jamun.

The many devotees of this tea house celebrate it for its morning-time sooji halwa, aloo chhole subzi, poori and milky chai. But in Ramzan it prioritises sevai and pheni, served with piping hot doodh. These two are the season’s staple and occupy a place of honor on the counter. While sevai is roasted vermicelli, pheni is its deep-fried version.

Locals swear by its paneer jalebi. During Ramzan, you ought to enjoy its super-thick pheeki jalebis made in pure desi ghee. Dunk it down with cold milk.

Always a breathtaking sight. Take a selfie in front of it, post it on your Insta and turn right.

This lonesome establishment is tucked away on the other side of Jama Masjid, the one that faces the Red Fort. Barely any people here at this hour. It has the character of a quarantined man. Jama Masjid looks like a shadow from there, and the Red Fort like the shadow of a shadow. This is a dream-like way to wind down this memorable Ramzan evening, that this year couldn’t take place.