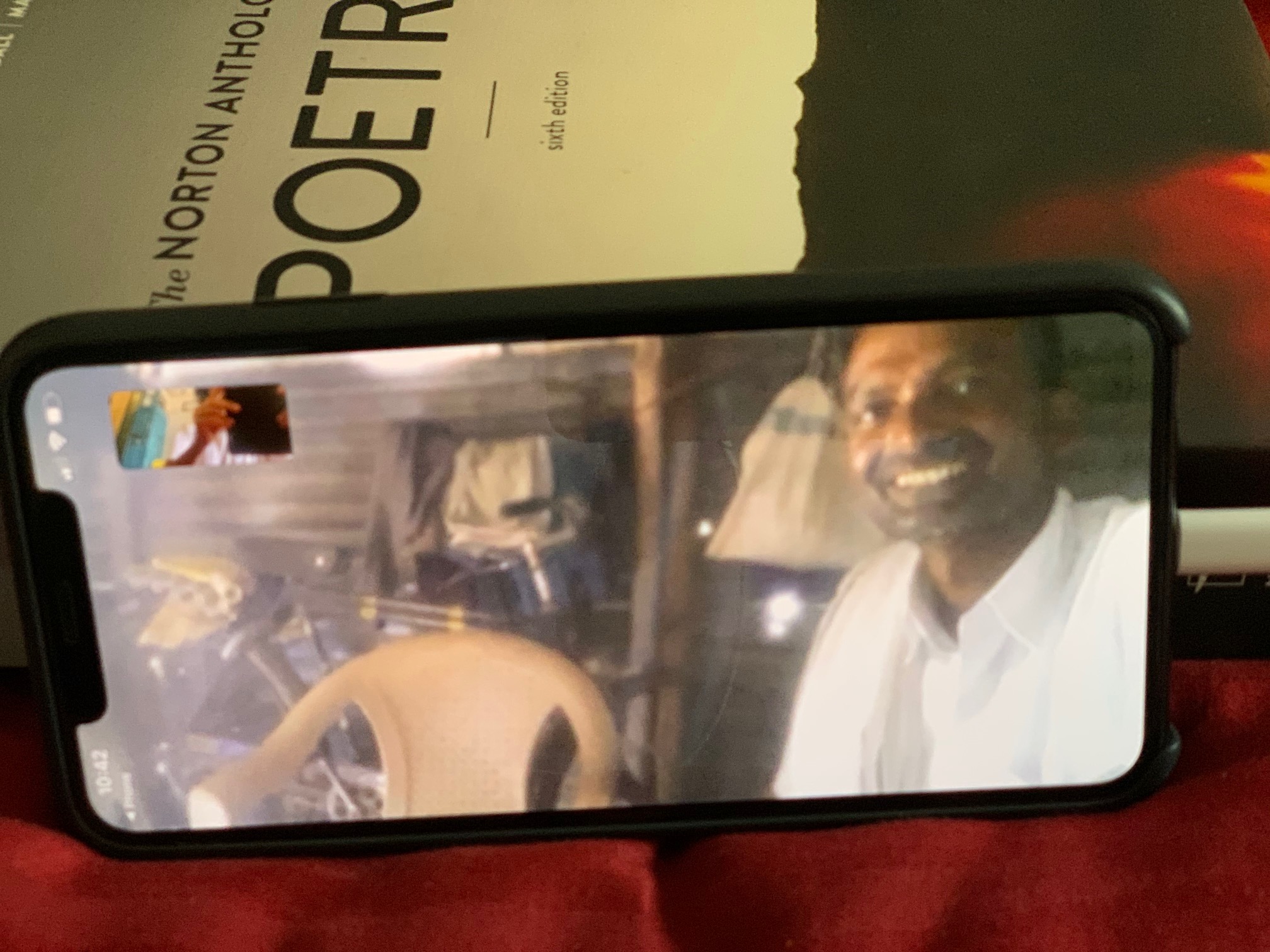 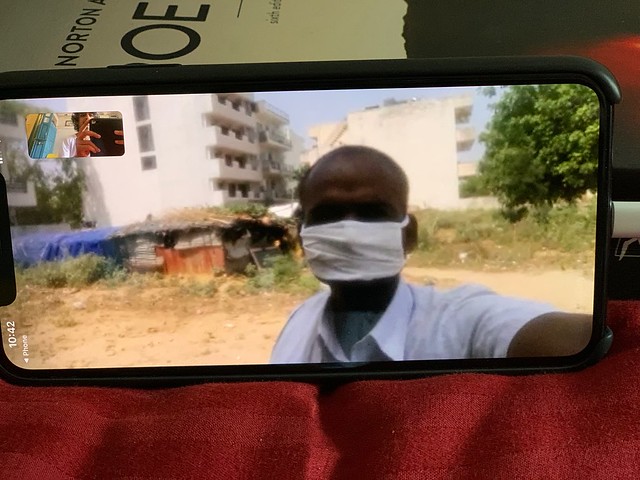 Om Prakash Ram, 35, is feeling lonely these days. Not because he lives alone in a small jhuggi — a jhuggi that he built for himself from scratch — but “because all my neighbours, including Santosh and Rajeev, have left for their villages.”

Those men lived in the adjacent jhuggis. They were labourers employed in construction jobs, and were instantly out of work when the corona-triggered lockdown began in late March. “Some of them went away many weeks ago, by walking and in trucks, others went away recently by train,” says Mr Ram, talking on WhatsApp video from his home in Gurgaon’s Sector 43 in the Greater Delhi Region.

He himself was luckier. The nature of his job isn’t affected by the lockdown. He is still at work, still earning. He is a sweeper. “I’m hired by a thekedar (contractor) and I’m responsible for cleaning the streets in this same sector.”

Engaging with Mr Ram calms the senses, as if everything is all right with the world. He has a very sweet voice, he speaks melodiously and his face sparkles with a most disarming smile—of course this last aspect became noticeable only after he took off his white mask. “The thekedar supplies me with a new stock of masks and sanitisers every week.”

Mr Ram’s wife, Rinku Devi, who recently recovered from a year-long affliction with tuberculosis, often calls him on phone from their village in Chapra, Bihar, asking him anxiously “why am I not coming back home, like so many others.”

But even she knows that their household “won’t be able to survive a single extra day” if he excused himself from this salaried vocation. “We have absolutely nothing in the village, except for our house.”

It’s his monthly earning of ₹9,991 that supports the couple’s family, comprising of an elderly father and three young children. “I manage to send about ₹6,000 home every month.”

In fact, a year back Mr Ram left the comforts of a rented room near Anaj Mandi for a new residence in this roadside shanty to save as much money for the family as is possible —he has been in the National Capital Region since 2012. “I built this jhuggi from toota-phoota (broken up) ply, lohe ki chaadar (iron sheet), plastic, palli (stilts) and other similar things that are routinely thrown away by households.”

Looking about himself, he mutters satisfactorily that “I don’t have to pay rent for this space.” After a pause, he says, slightly overcome with emotions, “My only sampatti (property) in this big city is this jhuggi and my broken bicycle.”

The gentleman now gives a tour of his home. A plastic chair, a single-burner stove, and a bed, which is actually a sheet of plywood supported on pillars of bricks. The bright afternoon light is stealing inside the jhuggi through the vertical chinks between the walls of plastic and tin.

Every morning Mr Ram wakes up sharp at 5. He quickly cooks a breakfast of sabzi and rotis, in huge quantity so as to keep some of it for lunch too. By seven, he is on the Sector 43 streets, on the job. The two-hour-long afternoon break is usually spent lounging under a tree in a nearby park “because the jhuggi gets too hot these days.”

The other afternoon he whiled away the entire break in the park thinking about the coronavirus pandemic. “Earlier some of the people living in bungalows would regularly ask me to clean their porches and gardens… now they have stopped approaching me, perhaps fearing I might have the infection.”

Mr Ram returns home at 5 in the evening. The next few hours are exhausted in the preparation of dinner, “after which there is nothing left to do but sleep.”

[This is the 316th portrait of Mission Delhi project]

Working life, in lockdown too 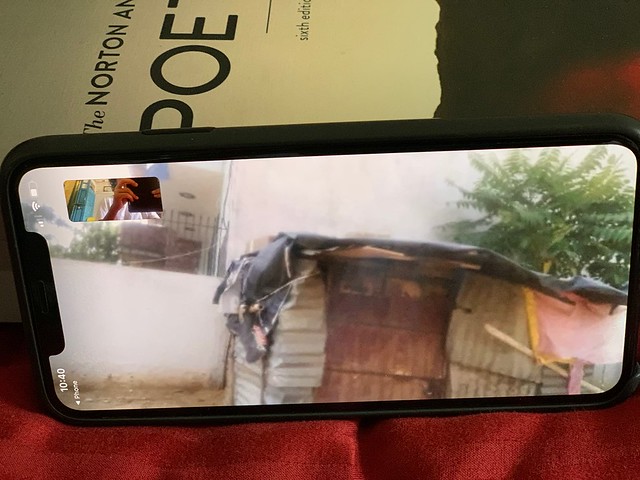 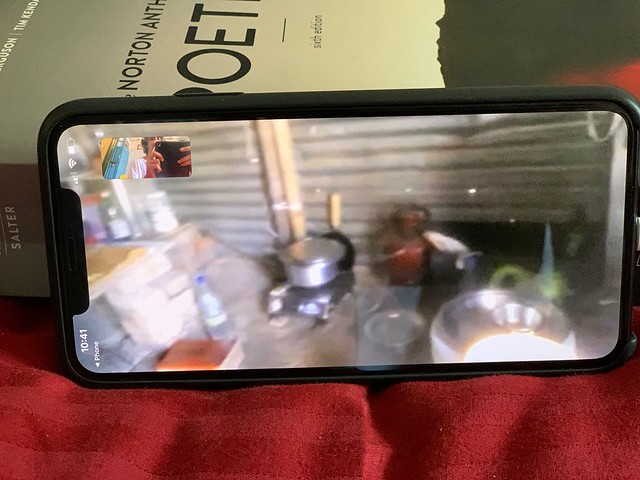 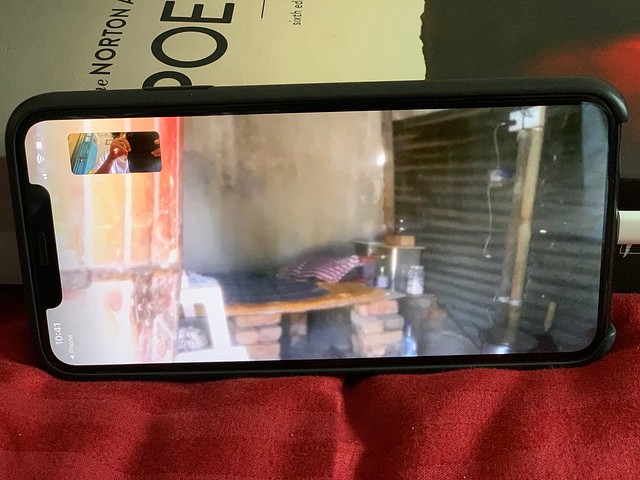 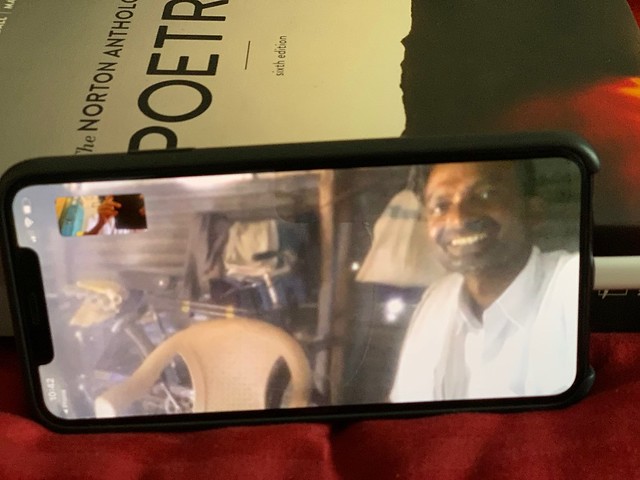