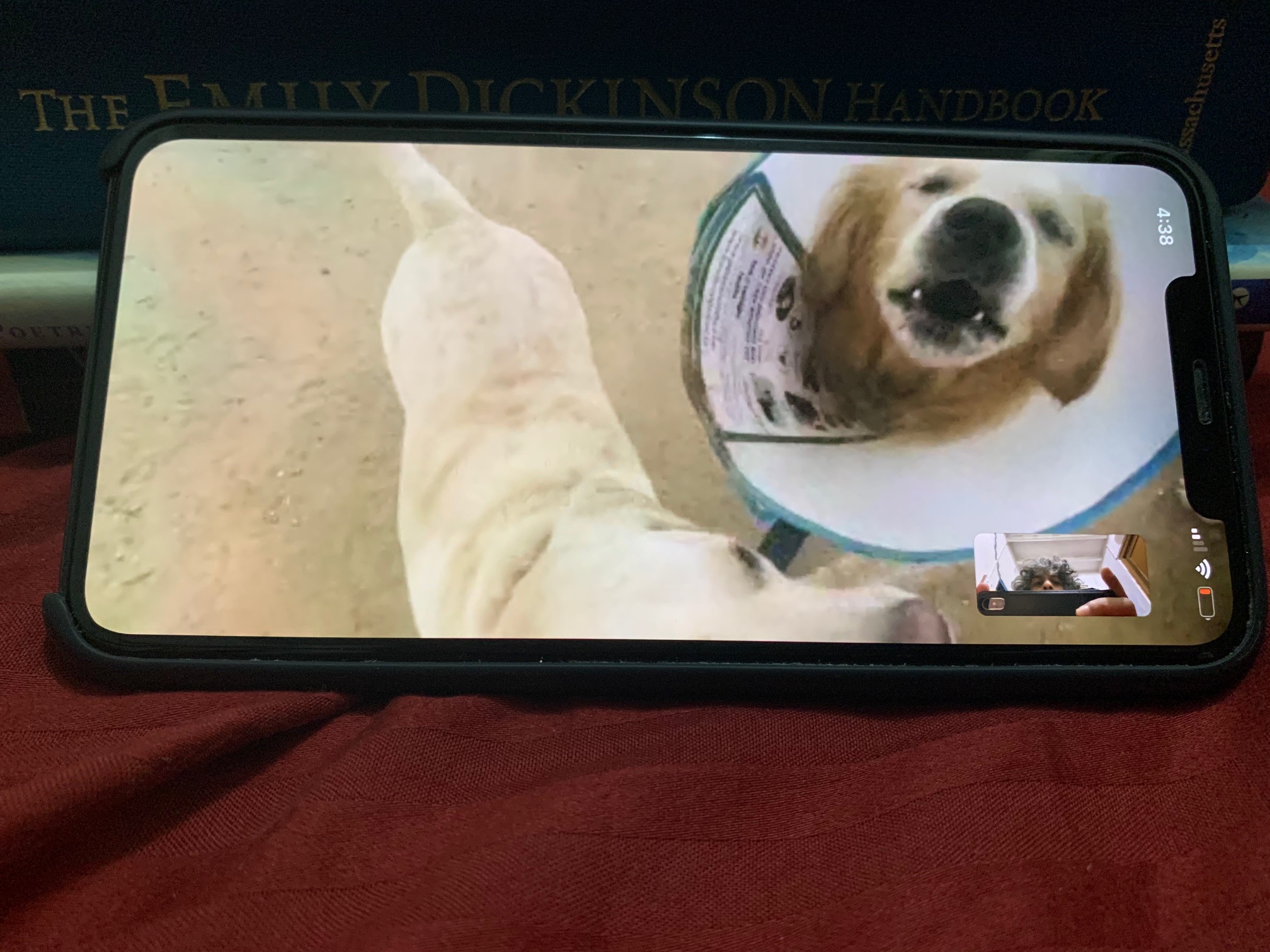 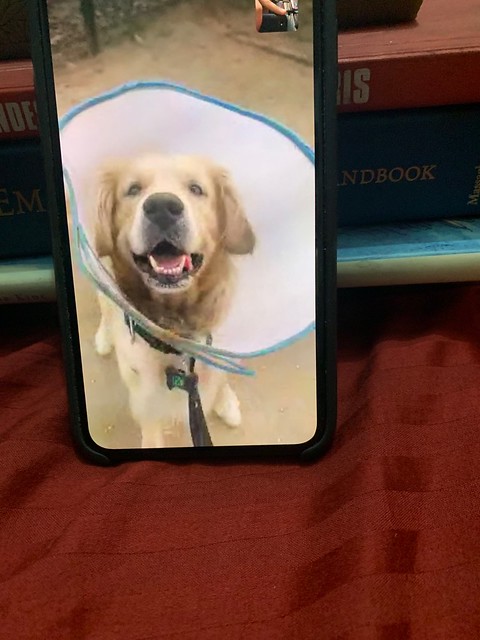 Leo was living in Delhi, Ghaziabad, and, until very recently, Greater Noida. He moved to his current address in Gurgaon just ten days back. He is a dog who has been abandoned twice.

“He is part of our family now,” declares Sapna Khajuria, lawyer and home-maker, on WhatsApp video. The lady is out with Leo for their 4 pm walk in the “dog park”—a fenced stretch tucked in the grounds of her apartment complex in Sector 30 that is reserved for the residents to walk their pets. Ms Khajuria is with Leo and her other dog, Cookie, who has been with her for three years.

But Leo, it has to be said, is the one who is standing out, with his white conical post-surgery protection mask. It at first looks like a stylishly designed shield to prevent oneself from getting infected by coronavirus.

Ms Khajuria shakes her head, explaining that Leo is recovering from a wound. “He had a boil that later got infected… it all happened before he came to us.”

Leo has been with her family—husband and two sons—for only a few days so far but has grown attached to Ms Khajuria so much that her two boys tease him as “mamma’s poonch (tail).” Indeed, sometimes he starts to cry if he doesn’t see Ms Khajuria around. “This is because, I think, he is anxious that he might be abandoned once again.”

The other day Ms Khajuria was in her room, and Leo was sobbing and scratching the door with great vigour.

According to the information Ms Khajuria received from the dog-rescuer who helped her get Leo, he was initially living in a home somewhere in west Delhi where his family ejected him “after the birth of a (human) baby in the house.” Leo found a new home in Ghaziabad, where his second family decided to get rid of him “due to money problems arising out of the Covid-19 pandemic.” In fact, just as he was being pushed out, an acquaintance of the family appeared and was moved enough to take Leo temporarily to his residence in Greater Noida.

That lucky chance saved Leo from living out his days on the road. Today, he is surrounded with love and companionship. Right now he is wagging his tail and looking very happy. His protection mask suits him well, making him appear like a society snob in one of his Elizabethan collars.

Ms Khajuria says she first spotted Leo in a photo put up for adoption in a WhatsApp group of pet owners, and “the heart of everyone in my family melted on looking at him.”

After signing a declaration contract that she would never abandon Leo—with the dog rescuer who facilitated the adoption—she drove with her husband to pick up their new family member from Greater Noida. “We took Cookie with us so that she could get used to Leo in the long drive.”

In the first two days of his arrival, Leo wasn’t eating anything other than milk and bread, probably the food he was used to in his foster home. Now he heartily dines on chicken, soup, and veggies.

Not everything, however, is picture perfect. Ms Khajuria confesses that Cookie and Leo continue to squabble a lot. She explains it as a case of sibling rivalry. “They fight the way human siblings do, like my boys – who will eat first, who will exit the door for a walk first, who will get the toy first…”

Meanwhile, it is time to return to the apartment— Leo’s fourth and hopefully final home.

[This is the 337th portrait of Mission Delhi project] 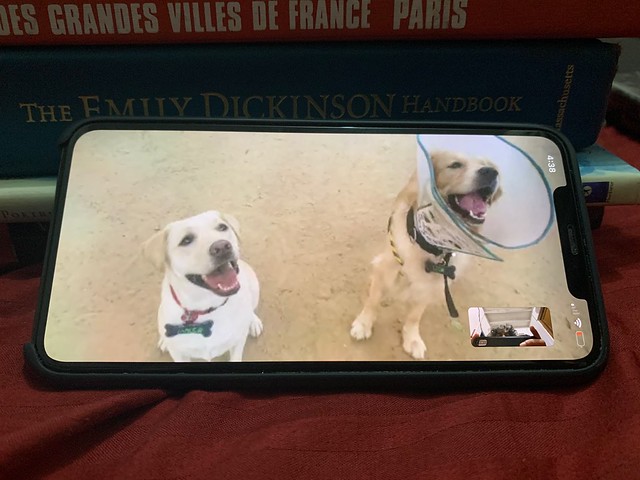 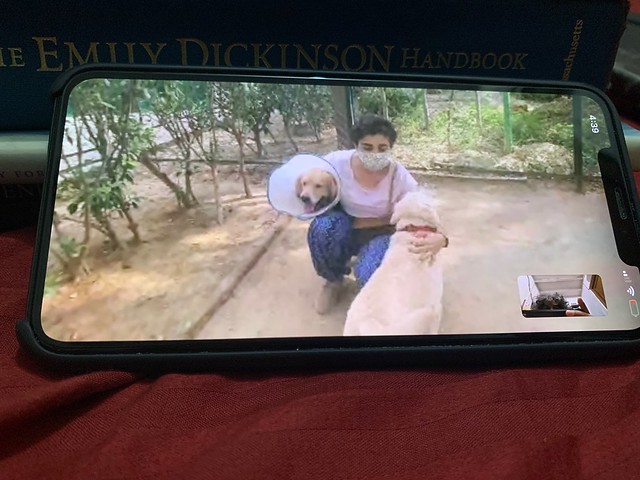 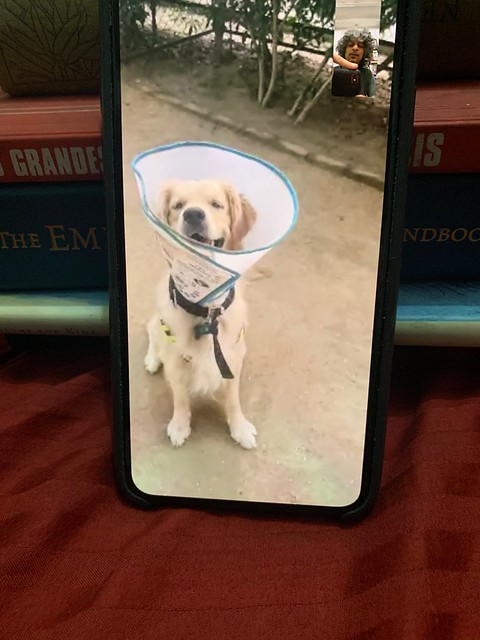 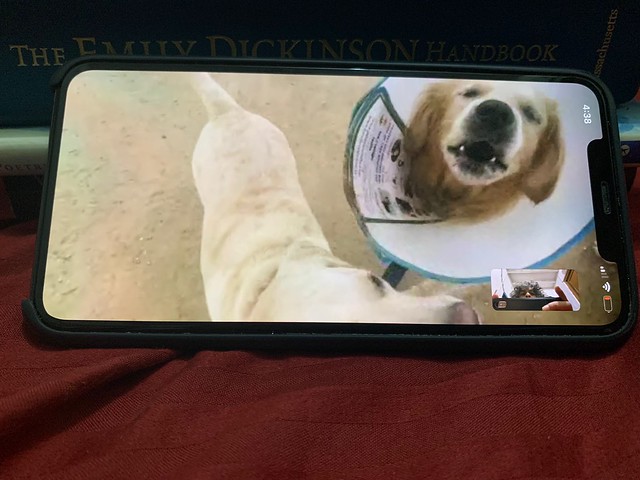 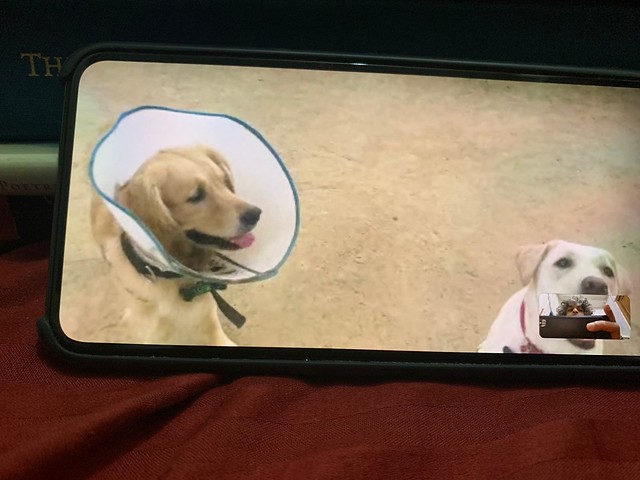