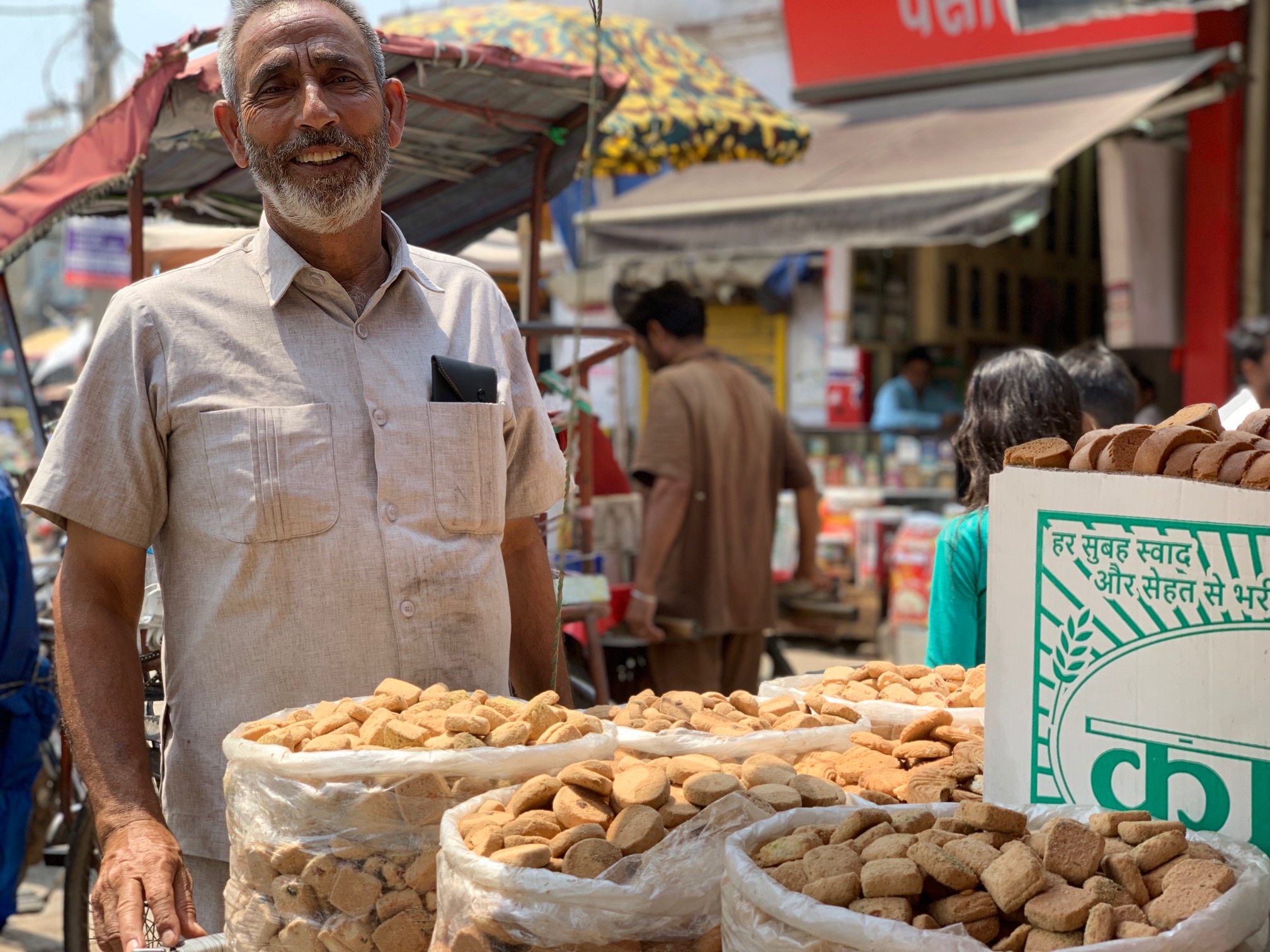 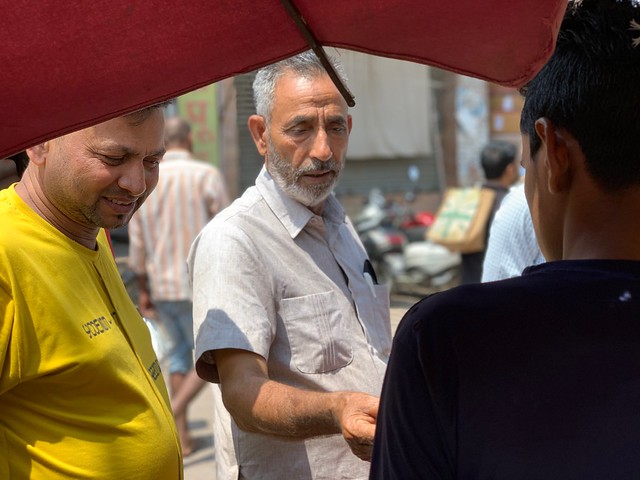 Every cynical person exasperated with the world and its people ought to meet him. Spending just ten minutes in his company will make you believe again in mankind. So courteous, so polite, so dapper, always dressed in crisp safari suit. His voice is deep and warm, and when he speaks, his Urdu diction lulls you into a profound calmness—it’s like listening to a man of letters. And yes, he speaks a beautifully fluent Punjabi too.

Nashir Ahmed Khan is a living landmark of Jama Masjid area in Gurgaon’s Sadar Bazar in the Greater Delhi Region — a noteworthy personality of an area where everybody seems to know him. It is very easy to meet him. No prior appointment needed. The gentleman sells dates and biscuits on a reri, a pavement cart, on a lane facing the aforementioned mosque.

Mr Khan hovers about the cart, very often holding a cup of chai. Now you would see him chatting with a rickshaw puller, now with a wealthy “lala” from the bazar. Whatever the social or financial status of the person he is engaging with, his archetypical politeness does not vary.

“My dear janab (sir),” he says in Urdu, “I’m 65, or perhaps 66, and the one aadat (habit) that has remained my companion all these years is to treat every person whom I meet with respect and affection, as if that person has been sent by the God to me.”

Mr Khan is chatting on phone. This evening too he is standing by his cart in Sadar Bazar. One would have liked to live-chat with him on WhatsApp video. Unfortunately, his social skills, so proper with fellow humans, are not up to the mark with the mobile. “I apologize, janab, but I don’t know how to use the WhatsApp.”

(The photograph dates to one of the many casual meetings that The Delhi Walla had with him over the course of several months.)

Like most street traders, Mr Khan’s business is grievously suffering of the ongoing coronavirus pandemic. His assistants, two brothers who would help him with manning the cart when he felt like making a round of the bazar, or going to Delhi to get fresh stock, have gone back home. “Mufid and Mukeed left for their village in Bareilly a day before the lockdown began… I call them on phone sometimes, they say they won’t be returning anytime soon.”

Mr Khan now chats fondly of his ex-colleagues, giving a sense of their lives in the engrossing manner of an expert story teller. His tale is embroidered with beautifully structured phrases, laced with occasional dohas and shairyis. Even so, his phone conversation is punctuated with sudden breaks in which he can be heard exchanging greetings with friendly passersby. Well, that’s the only flaw—if it can be considered a flaw—in Mr Khan. He wants to be attentive to everyone at the same time, and so is unable to give you his hundred percent attention. On one occasion last year, while chatting with a tailor who had stopped by his cart, he had swiftly handed a fistful of dates to a beggar woman for free. He momentarily turned to her, flashed a smile, and didn’t utter a word while handing over the dates, perhaps to save her some embarrassment.

One would imagine that Mr Khan has been a part of this locality for decades. But his stall is only six years old. He earlier spent a great amount of years in Kuwait, where he was a “Public Relations Officer” for a burka company. “I returned to India because I was suffering from diabetes, and in those countries there is only allopathy and I wanted Ayurveda.”

His diabetes remains under control, assures the sweet-natured man.

A brief interaction with Mr Khan may suggest he is a happy man who has been cushioned away from hard facts of life. Not true. One of his three sons died a few years ago. And now his business, he confides, has plummeted to a mere ten percent of what it used to make in the pre-corona era.

Mr Khan responds instantly. “I believe that Upar Wala (God) gives and Upar Wala takes… we humans control nothing… all that we can do is to live with honesty and mutual respect. That is the course of my life.”

You may meet Mr Khan daily outside Jama Masjid, from 10 am to 6 pm.

[This is the 344th portrait of Mission Delhi project] 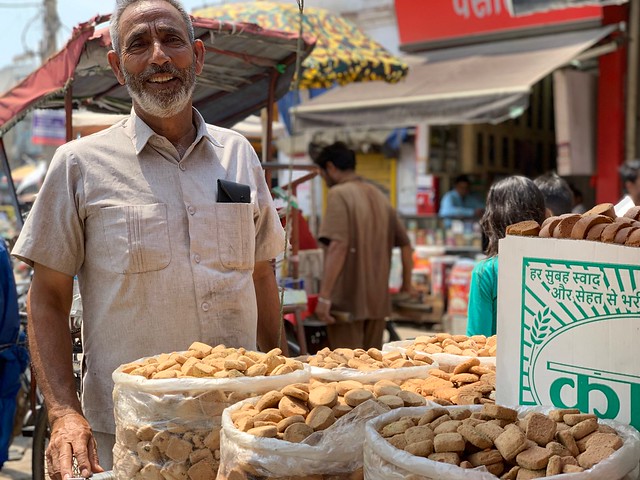