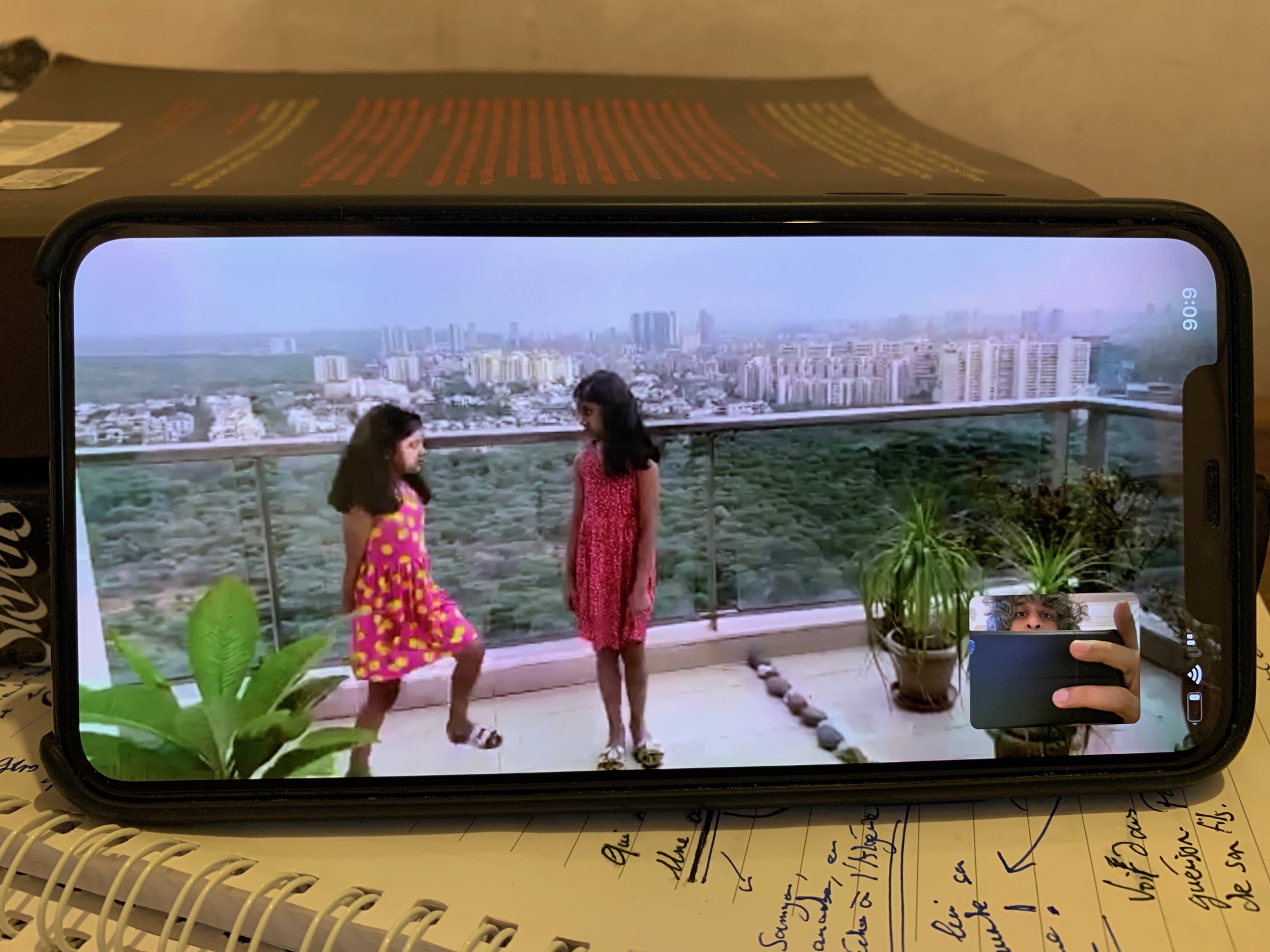 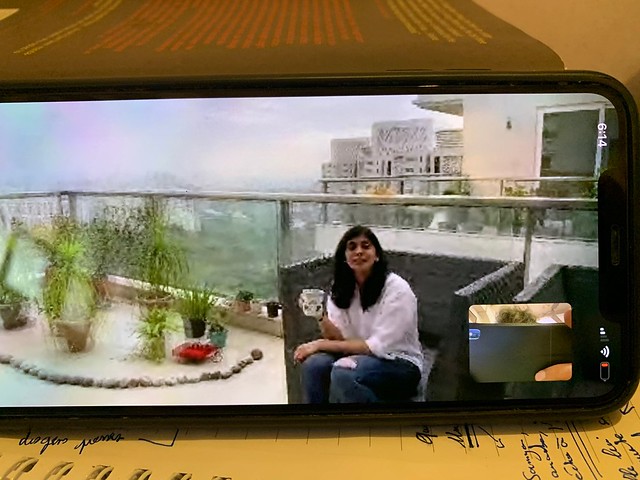 Her address is like a shifting sand; it moves often. Because her husband works in a multinational oil company, and regularly has to switch from one “location” to another, their country of residence is changing every two years or so. And this is how, in the previous decade, the Hyderabad native Arunima Pakalapati, 37, has come to live in Oman, Republic of Congo, the US, Kuwait, and now in India—in Gurgaon in the Greater Delhi Region.

And now, amid the raging coronavirus pandemic, she rarely gets an opportunity to leave the borders of her 27th-floor condo.

But who on Earth would ever want to step out of a house with such a fabulous balcony?

“See, it straight looks to the the Aravallis,” says Ms Pakalapati on WhatsApp video, pointing to the said hills in the distance.

The view this evening from the balcony takes the breath away. The glass balustrade juts out to a sea of trees.

In fact, earlier in the afternoon, Gurgaon was blessed with a formation of rain clouds so stunning that the phenomenon even trended on Twitter for a while. Ms Pakalapati too took photos. The lady is grateful for having access to such an open space in her apartment, confessing that she and her two daughters—Dwithi and Aadhya—discovered its joys only during the pandemic “when our daily life got suspended.”

The balcony was always ready to offer itself but the family, who’s been living here since August 2018, was too occupied with the world outside. While her husband, Gautam Reddy, would be busy with office, Ms Pakalapati, a (currently) non-practicing chartered accountant, would be involved in her own pursuits. As well as of her girls’—with their school and their hectic after-school life consisting of drawing class, music class, dance class, swimming lessons, etc.

And then the pandemic arrived; the interactions with the outside world got temporarily suspended. “That’s when we started noticing the balcony and discovered the beautiful jungle, as well as the Aravalis.”

The entire house would be thrown into excitement each time any of them would spot from the balcony a Neelgai or a peacock wandering about those great mass of trees down under.

That the sightings of these creatures would bring such happiness to Ms Pakalapati and her family is, well, hard to explain. After all, they have had the good fortune of sighting truly wild animals such as lions, cheetahs, elephants, gnus, crocodiles and many others in their natural habitat during their earlier life in Africa. The family lived for two years in the Republic of Congo, where her husband was posted in Pointe-Noire, an oil-industry hub overlooking the South Atlantic Ocean

It’s a difficult country, as difficult as her own India in some ways, recalls Ms Pakalapati but “among all the places we have lived so far, I’m fondest of Congo for the friendships I made there.” There they lived in a bungalow with a garden and a pool. It was tucked in a cul-de-sac, with the ocean just a few minutes away.

The lady and her friends of the Pointe-Noire days unanimously agree that Congo prepared them well for the quarantine. “We were in a place with hardly any touch of modern life, and a sudden disruption in the supply of something as simple as sugar was common, so we learned quickly which were the things really needed and which were not.”

And now, lounging beside her balcony’s frangipani and ferns, Ms Pakalapati inevitably thinks of all the places she has lived in, including Congo, the memories of it no doubt propelled by the balcony’s rattan sofas and chairs that she brought from there.

It must be added, however, that by now Ms Pakalapati and her daughters have considerably reduced their excursions to the balcony. The wild things have come too close for comfort. “There are too many ballis (lizards in Telugu) because of the heat, and unfortunately I have passed down my irrational fear of them to my daughters.”

Even so, this evening all the three stand on the balcony for a photo shoot through the mobile phone screen that connects them to The Delhi Walla. (There’s momentary panic on spotting a moth on the balcony floor.)

Owing to the nature of her husband’s job, Ms Pakalapati won’t be in the Millennium City for long. One day soon she will make a new home in some other country. There she might look back on her Gurgaon balcony as fondly as she does today on her time in Congo.

When balcony becomes the world 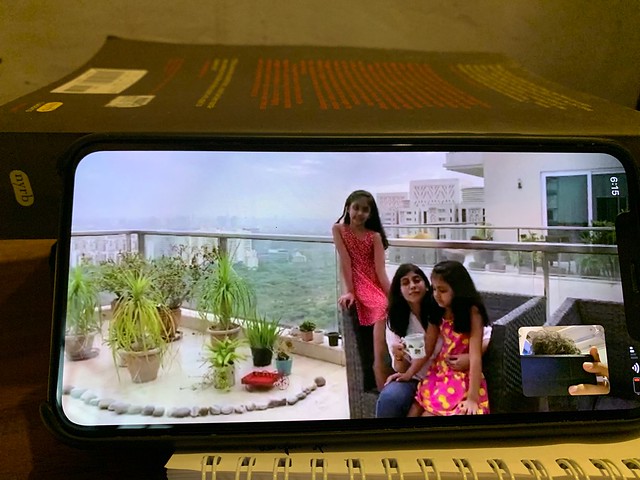 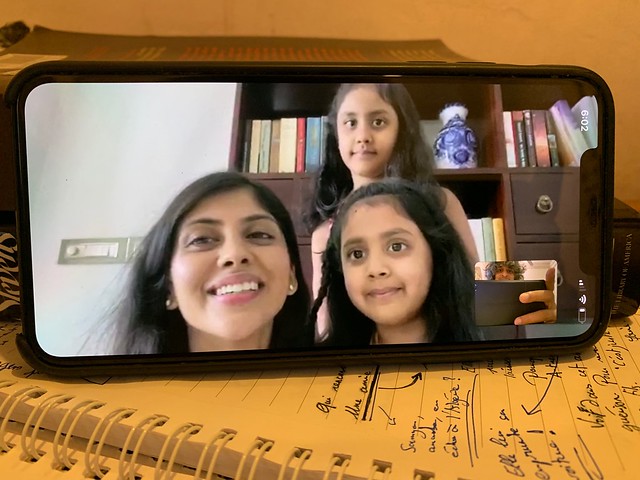 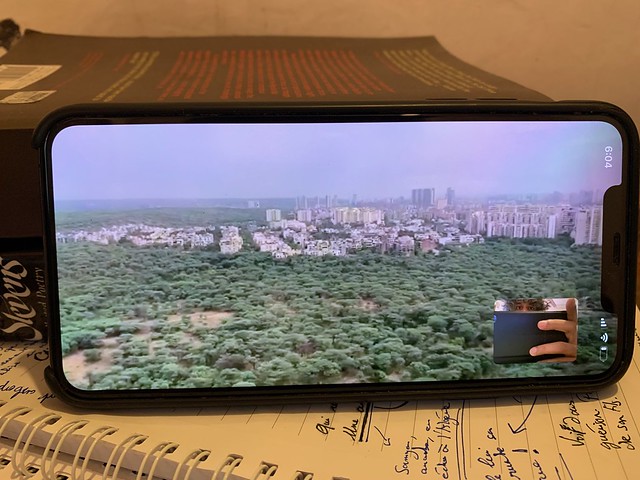 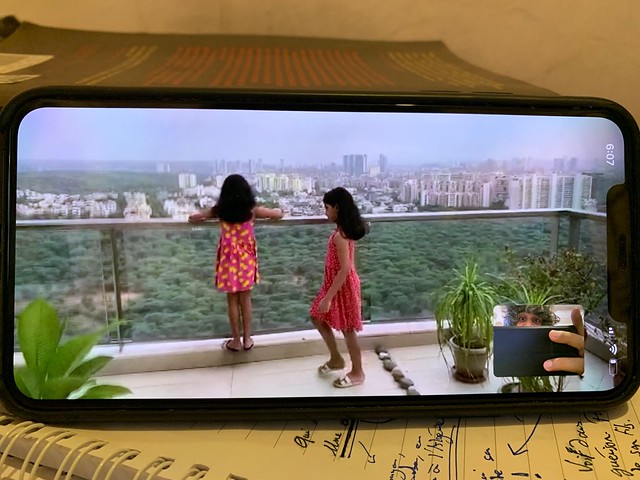 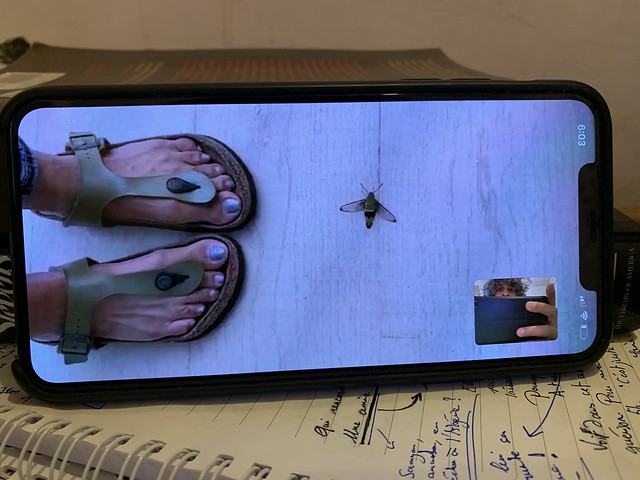 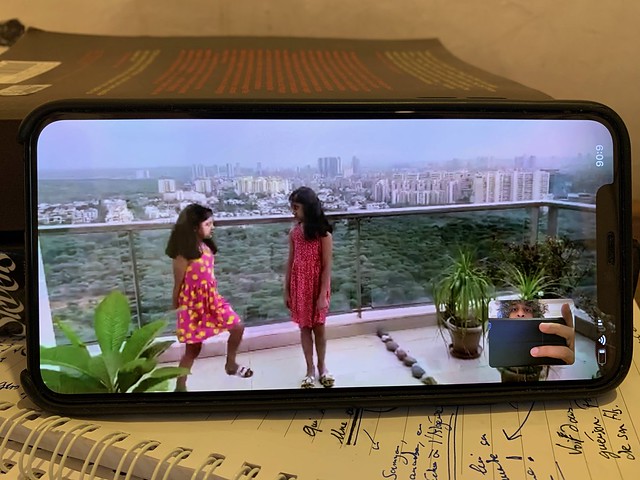 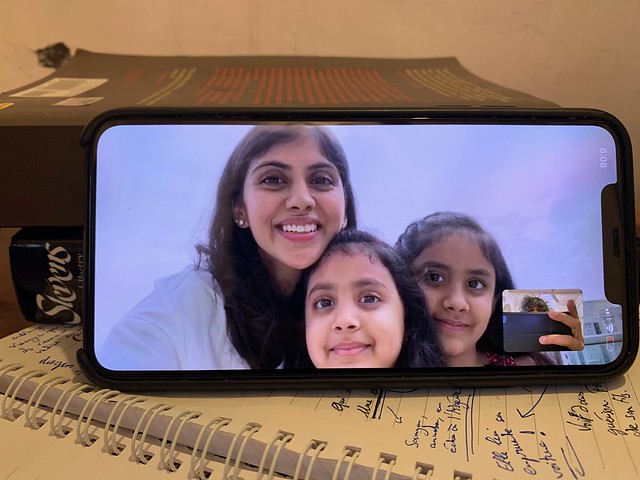