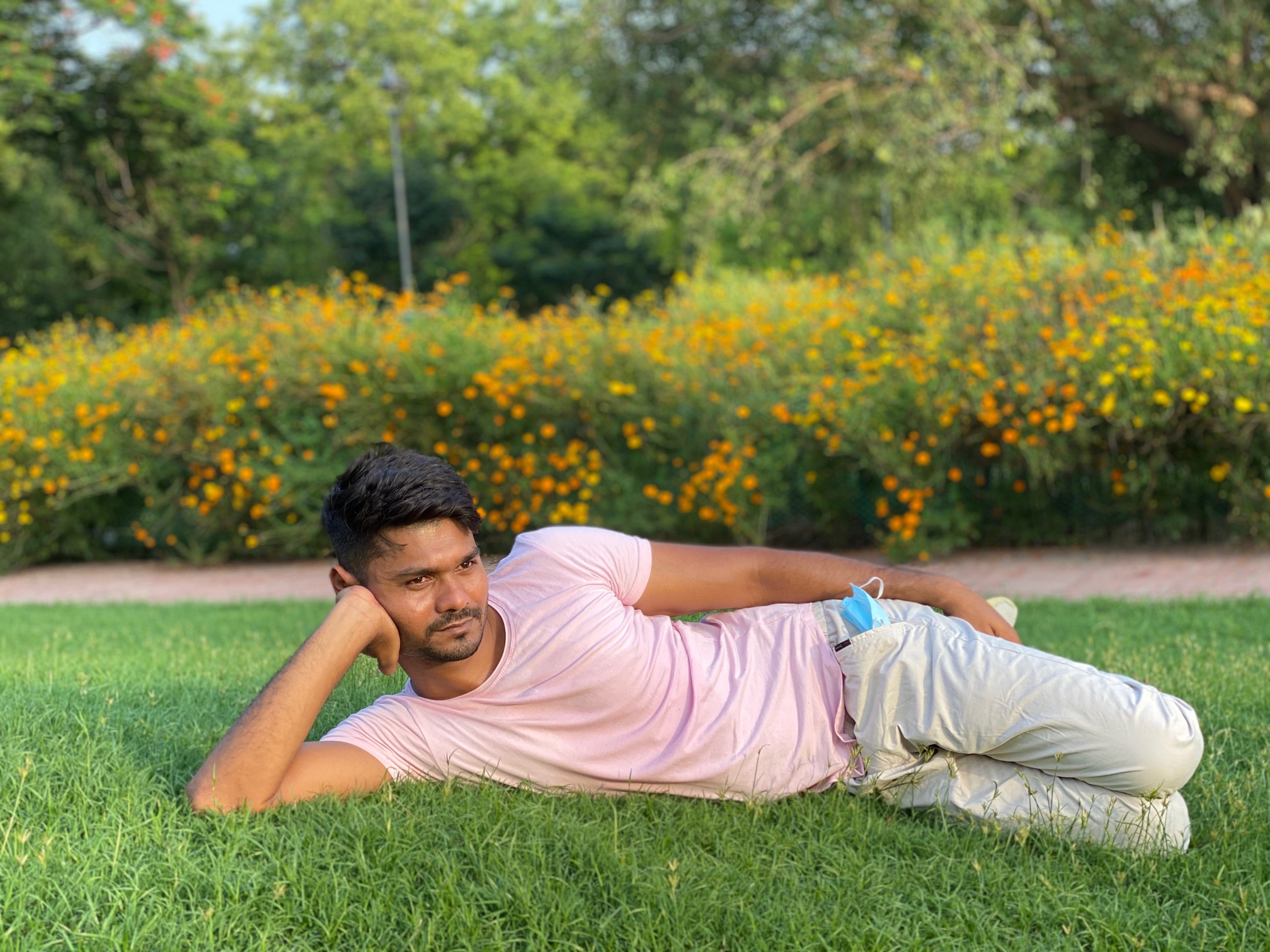 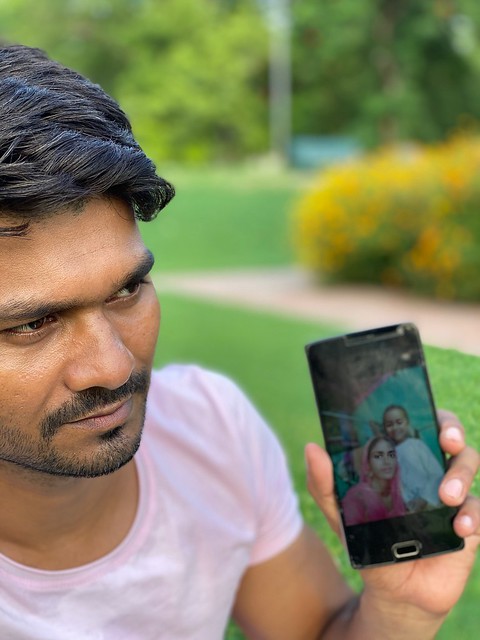 It’s evening. He’s lying sprawled along a grassy slope, against a background of yellow flowers. The sky is pitch blue. The air is breezy. His head is resting against his hand. He is in a light pink shirt. The strap of a pale blue mask is dangling out from his pants’ pocket like a piece of fashion accessory. His face is bare. He seems lost in thoughts.

He must be in love.

“I’m in love,” admits Muhammed Gulzar. It’s Sunday evening and the supplier of beauty parlour products (“makeup stuff such as lipstick, nail polish, mask, creams, shampoo…”) is lounging in this central Delhi park of Sunder Nursery to console his heart—he uses the Hindi word tassali. He lives nearby, in a rented room in Sarai Kale Khan.

Mr Gulzar is in his mid-20s and is missing a woman called Rubeena. “I feel alone without her.” He stays silent for a while, as if preparing to open his mouth to speak a profound revelation about his life, but seems to be struggling with some dilemma. Finally, he says—“She is my wife.”

He says he is also missing his son, Sufiyan. Both mother and son are away at the home of Mr Gulzar’s parents, in Madhubani.

Isn’t that district in Bihar famous for its art, with people painting their own house-walls with beautiful drawings? Mr Gulzar nods. Is his house similarly decked? He shakes his head, looking amused.

Intently watching at a cloud drifting over the setting sun, the brooding man gives a brief biography of his relationship with Rubeena: “We had a love marriage. I have been married to her for five years but I had known her for two years prior to that.”

Rubeena’s mother used to run a small “canteen” for labourers in Nabi Karim, near the New Delhi railway station. This is where he first spotted his future wife. “She would stand beside her Ammi, speaking nothing, doing nothing… she would stay there like a statue.”

Drawn by the enigma of her “chuppi (silence)”, Mr Gulzar started to daily patronise the canteen and soon the ice broke between the two.

“We started to go to the zoo together, where we would spend a lot of time.”

Unlike in popular love stories or romantic movies, there was no protest from the couple’s respective families.

“We have always been staying together as a husband and wife, but some weeks before the lockdown, my parents suggested that she should come over to Madhubani for a few days, so that they could be with their grandchild.”

Mr Gulzar escorted her and the child to Bihar and rushed back to Delhi, intending to bring them back in two weeks.

And then the coronavirus arrived, the lockdown happened, and Mr Gulzar continues to be without the woman he loves.

“And today I was missing her very much. So I came over to this park.”

It’s been some time since the lockdown has been lifted but the lonely man is hesitating to get back his family, waiting for the pandemic to recede.

He now takes out his mobile phone and scrolls through the photo album—most of the images have different poses of him flexing his muscles—-until reaching the portrait of a woman in a pink dupatta with a smiling young boy in white kurta pajama—-“my wife and my son.”

Mr Gulzar now brings the phone close to his face, closes his eyes and kisses the screen.

Not long after, it is time for the park to close and he gets up to leave for home.

[This is the 354th portrait of Mission Delhi project] 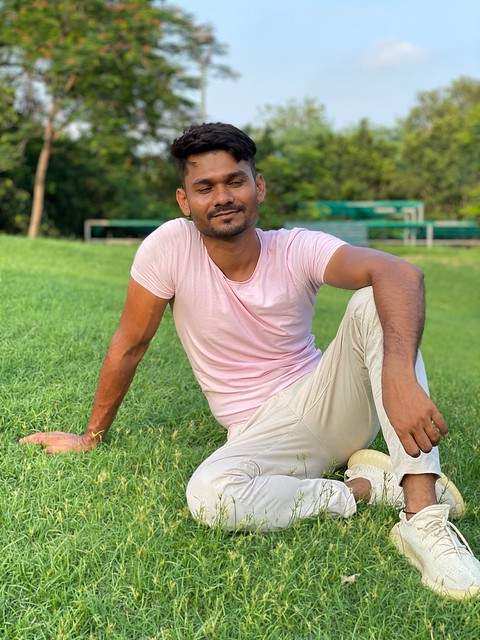 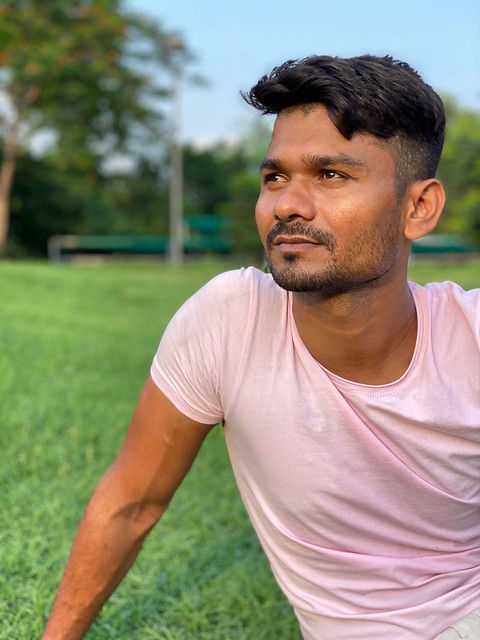 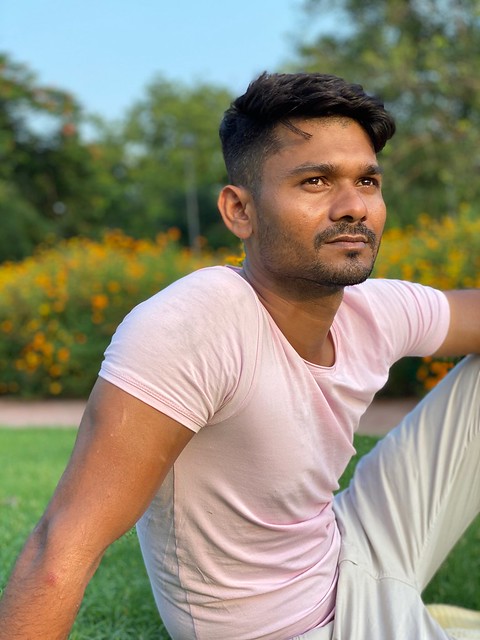 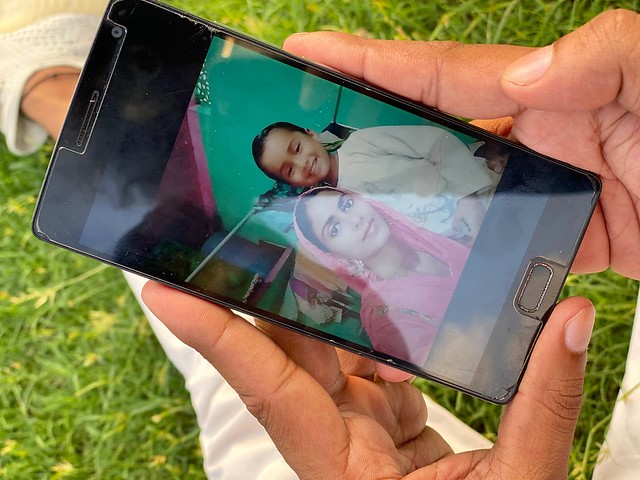 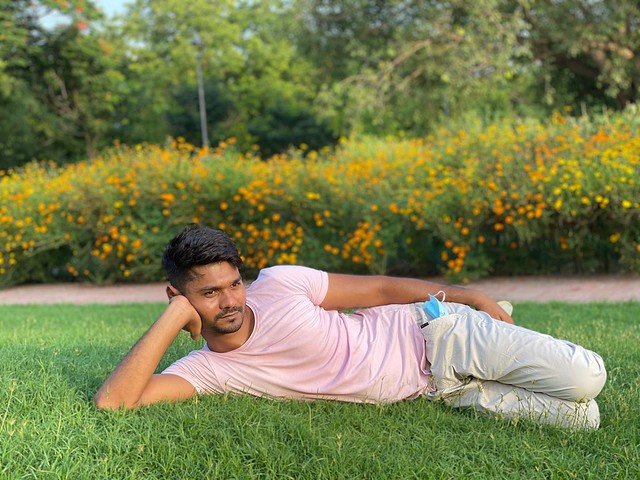