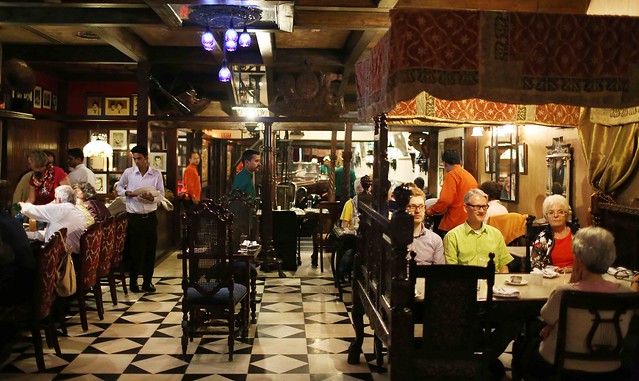 On the death of a landmark.

The friendly doorman is nowhere to be seen. A printed notice slapped on the glass door says that Hotel Broadway is closed —“Since the running of… is no longer economically viable, the management is constrained to close down the same with effect from 21st May… workmen are being paid closure compensation…”

A piece of Delhi is now history.

Broadway’s closure was not reported until now. It shut down so noiselessly that the news would have gone unnoticed but for a chance occasion of coming face-to-face with its locked door.

Like many businesses these days, the landmark fell victim to Covid-19. “It was heavily dependent on foreign tourists,” said Mukta Kapoor, Group Head – Communications of Old World Hospitality Group that owns the property. “With the social distancing norms and lack of tourist inflow expected to continue in the foreseeable future, it was thought best to shut down,” she added.

The destination will, however, continue to live in outdated guidebooks. It finds a quaint mention in the Lonely Planet India, 2019 edition—“Five-storey Hotel Broadway was Delhi’s first “high-rise”, when it opened in 1956, with single room going for 15 rupees. Today, it’s comfortable, charming, quirky and slightly more expensive. It’s worth staying here for the restaurant Chor Bizarre and Thugs Bar. Some rooms have old-fashioned wood panelling, while others have been kitted out by French designer Catherine Levy.”

Opened with 26 rooms, Broadway enjoyed a unique location among hotels — it stood at the point where New Delhi gives way to the old city, on Asaf Ali Road, just a picturesque stroll from the Walled City. For many Delhiwallas, it was the hotel’s Kashmiri speciality restaurant, Chor Bizarre, that was the stuff memories were made of. Late actor Shashi Kapoor often dropped by during his visits to the Capital, according to many anecdotes told to The Delhi Walla by the restaurant waiters in the recent past. Shashi Kapoor would always say in Hindustani that “Janab (sir), what will you serve me today… Give me whatever you feel like, but please give it from the heart.” Pakistani leader Nawaz Sharif had a lunch here in 1991 when he was in town to attend Rajiv Gandhi’s funeral.

Stepping into the dimly lit restaurant was like entering into a black-and-white Bollywood classic. Old Hindi songs played in a loop. It was impossible to finish the delicious Tabaak Maaz and Haakh without hearing the same Mohammed Rafi song from the Dev Anand film Guide at least twice. The restaurant’s decor had all the madcap curios you’d expect from a place whose name puns on “chor bazaar”, or thief market. Each table was different. One had sewing machine pedals. Another had Kashmiri jewellery displayed under its glass top. A staircase that went up to nowhere was a showstopper. The buffet’s salads and chaat would be arranged on a 1927 Fiat Balilla. The buffet was discontinued some years ago, but the car remained, and diners would get photographs taken by the stewards, some of whom were long-time servers who gave the restaurant its courtesy, class, and gravitas.

Chor Bizarre came up only in 1990 though. Earlier, the Broadway’s in-house guests dined upstairs in a no-frills hall. Upstairs was also home to Thugs, the bar famous for its portraits of iconic Hindi film villains. As the only watering hole in this part of the city where one could while away an afternoon with whiskey or vodka, it was truly special. One often spotted the same set of middle-aged gloomy men sitting on their regular tables, alone and self-immersed.

This morning the hotel’s exterior is looking as morose. A lone bicycle is parked by the hotel’s elegant signage. Meanwhile, there is no decision on what use the building will be put to in the future, according to the owners. 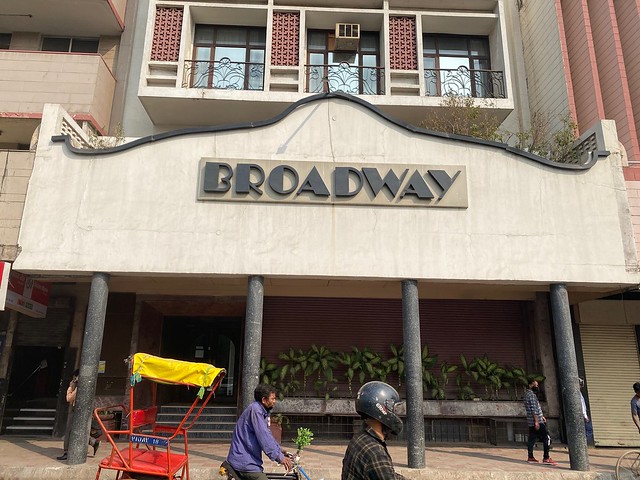 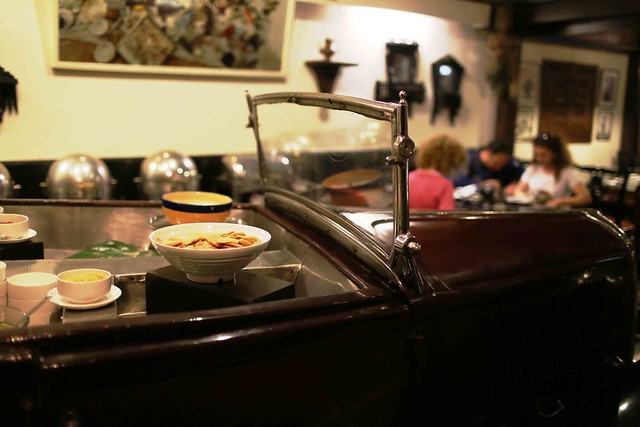 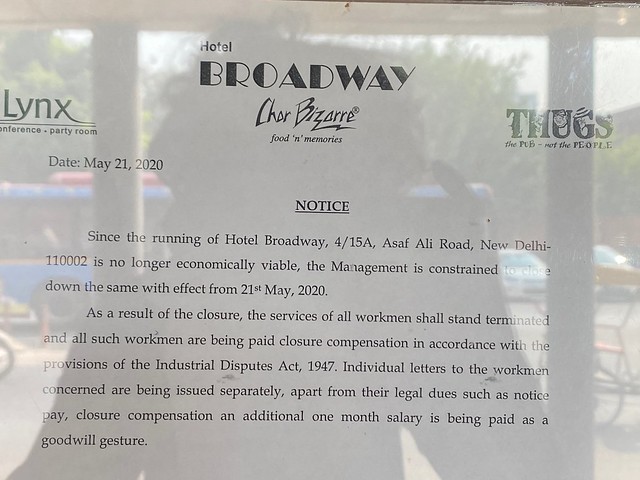 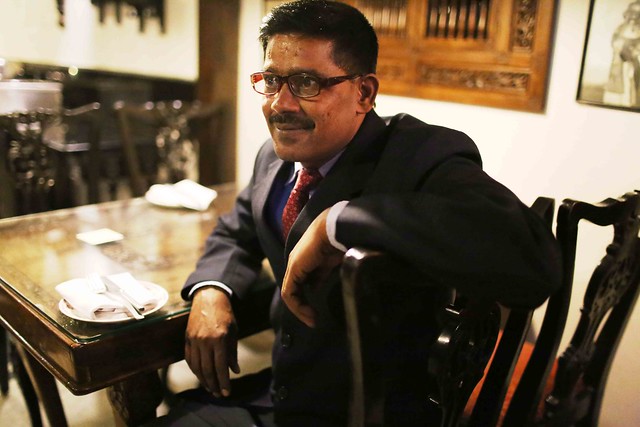 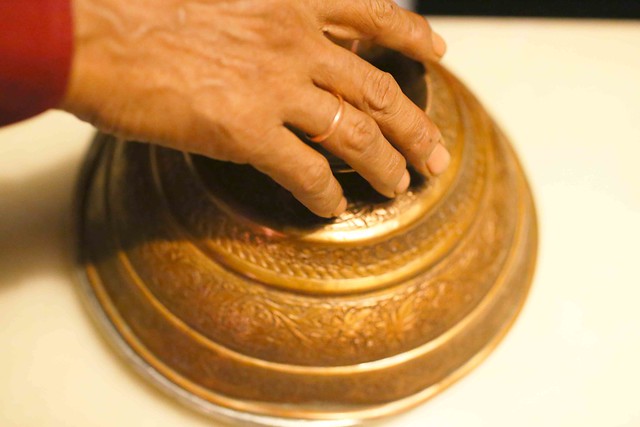 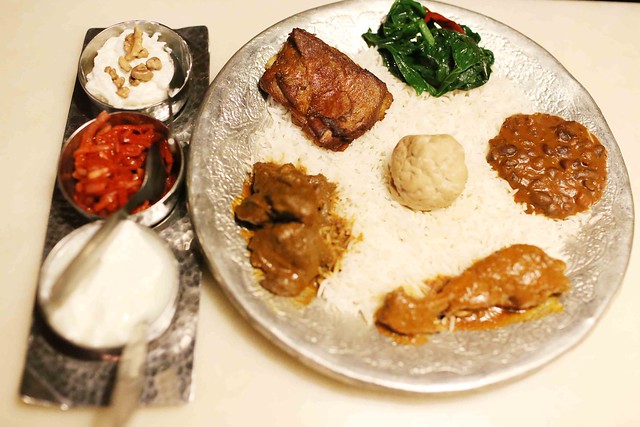 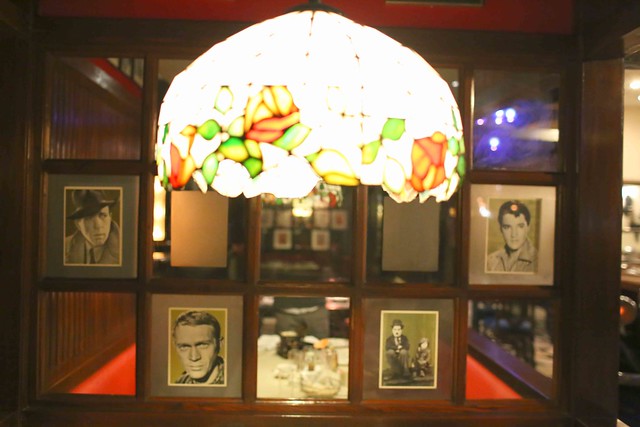 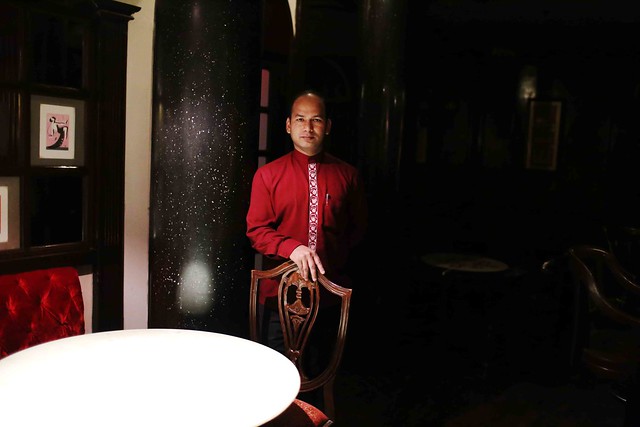 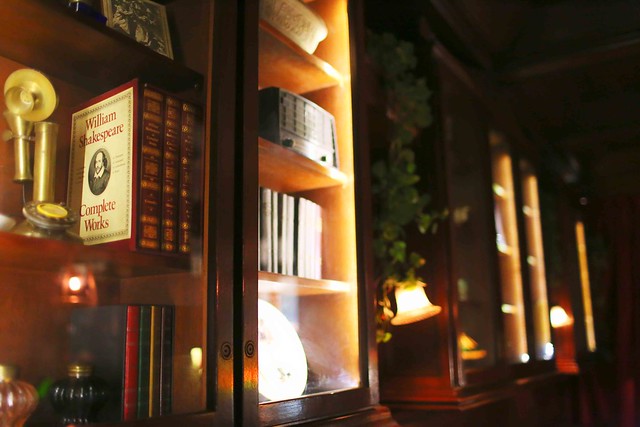 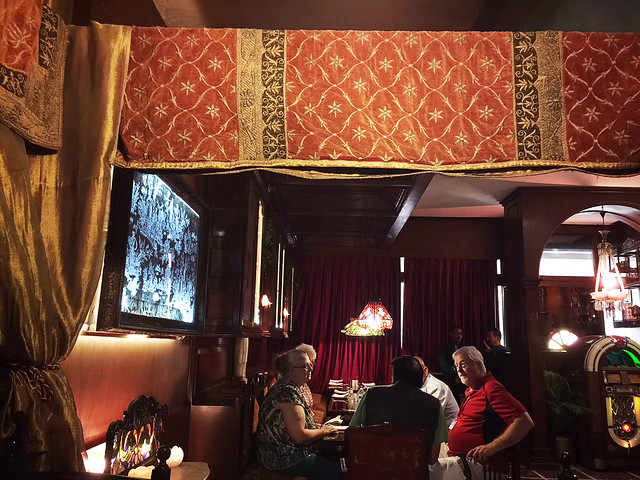 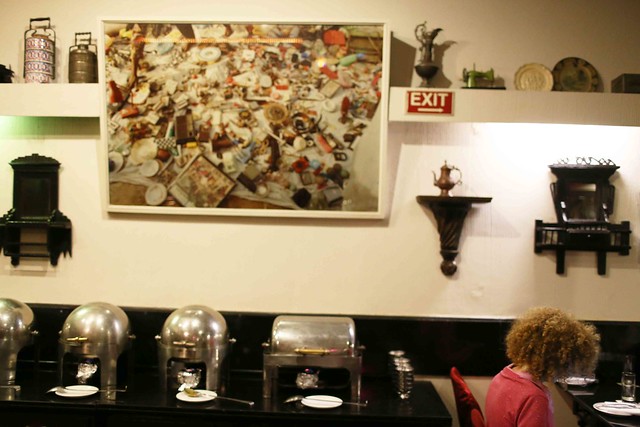 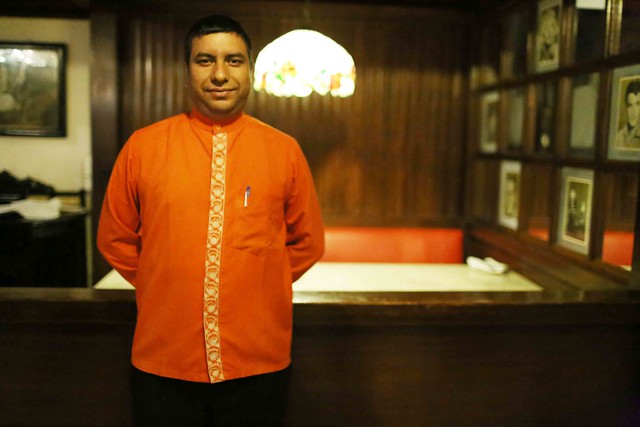 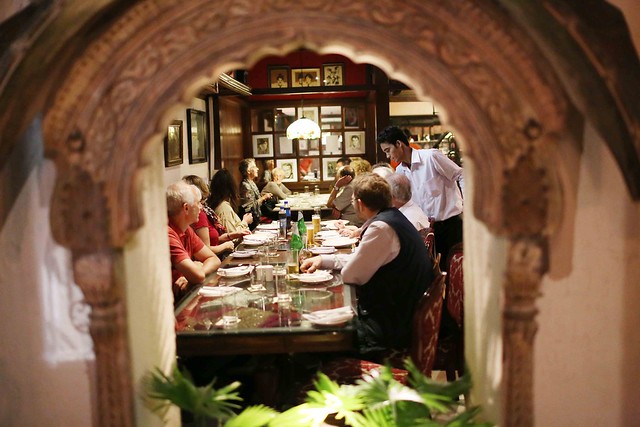 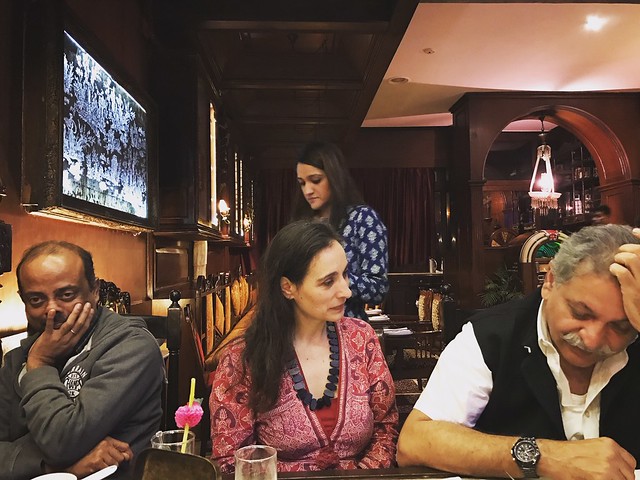 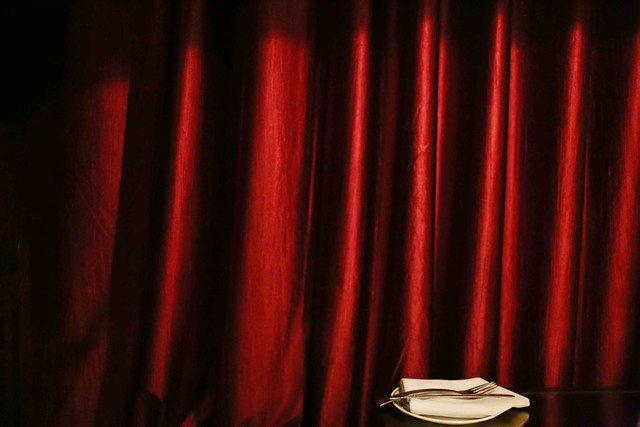 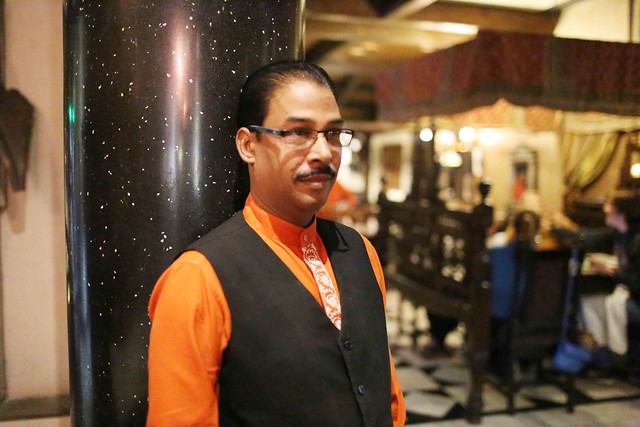 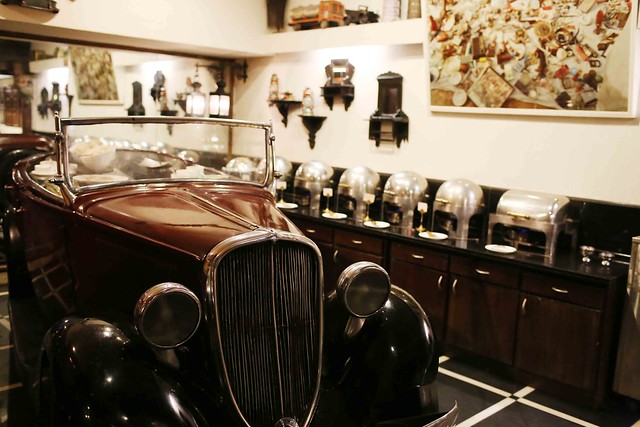 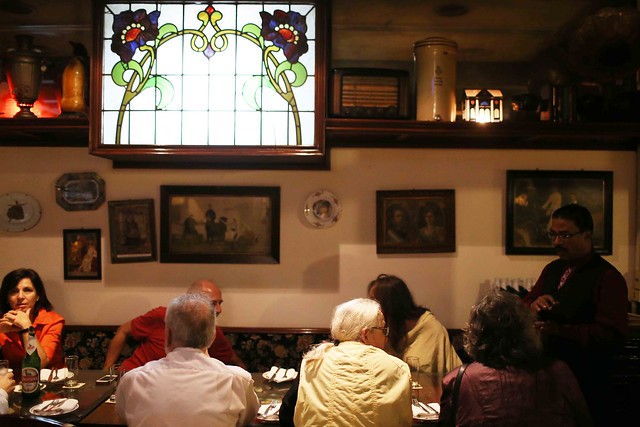 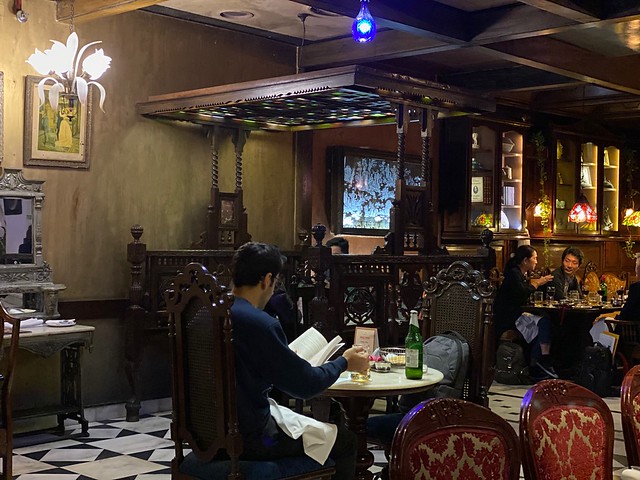 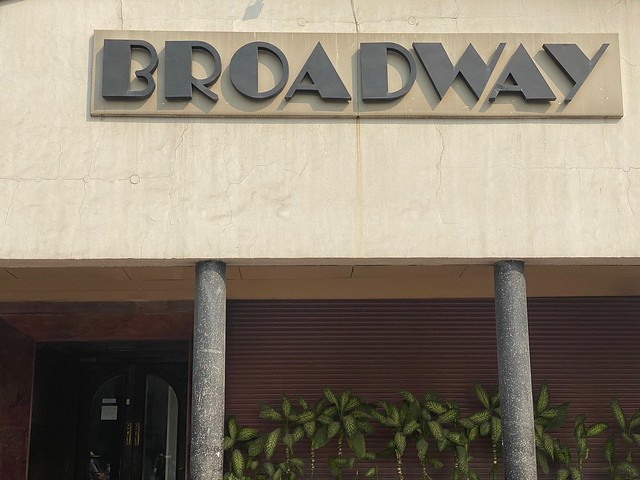 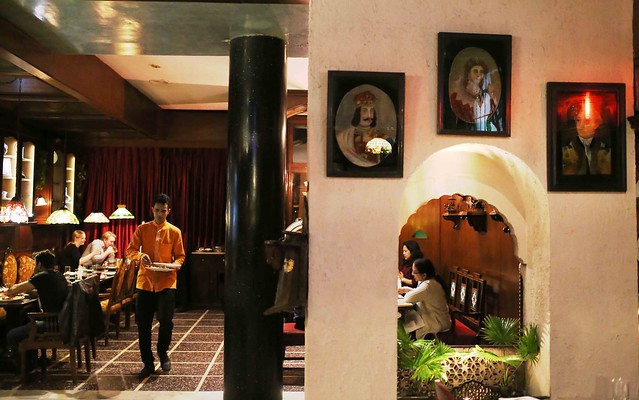 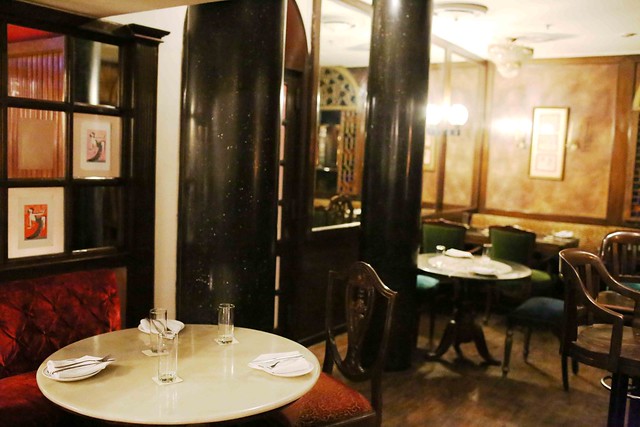 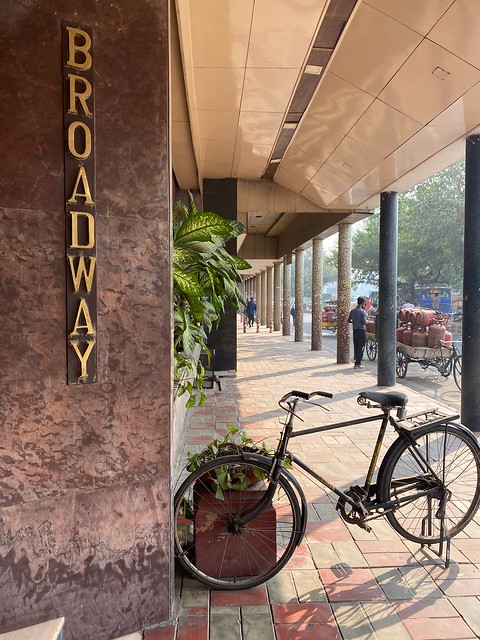 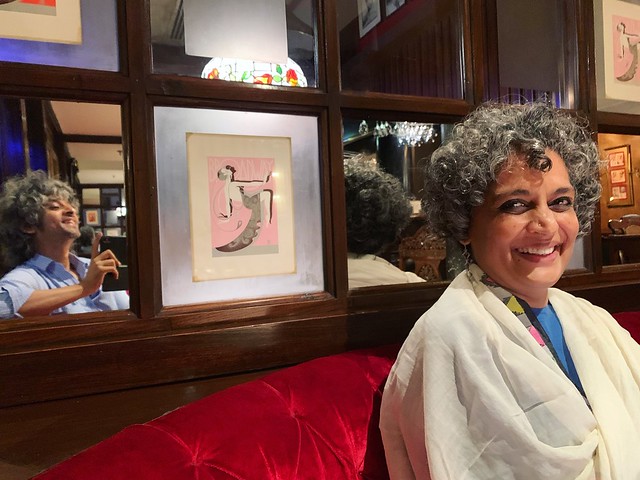