September 21, 2021 · by The Delhi Walla · in Biographical Dictionary 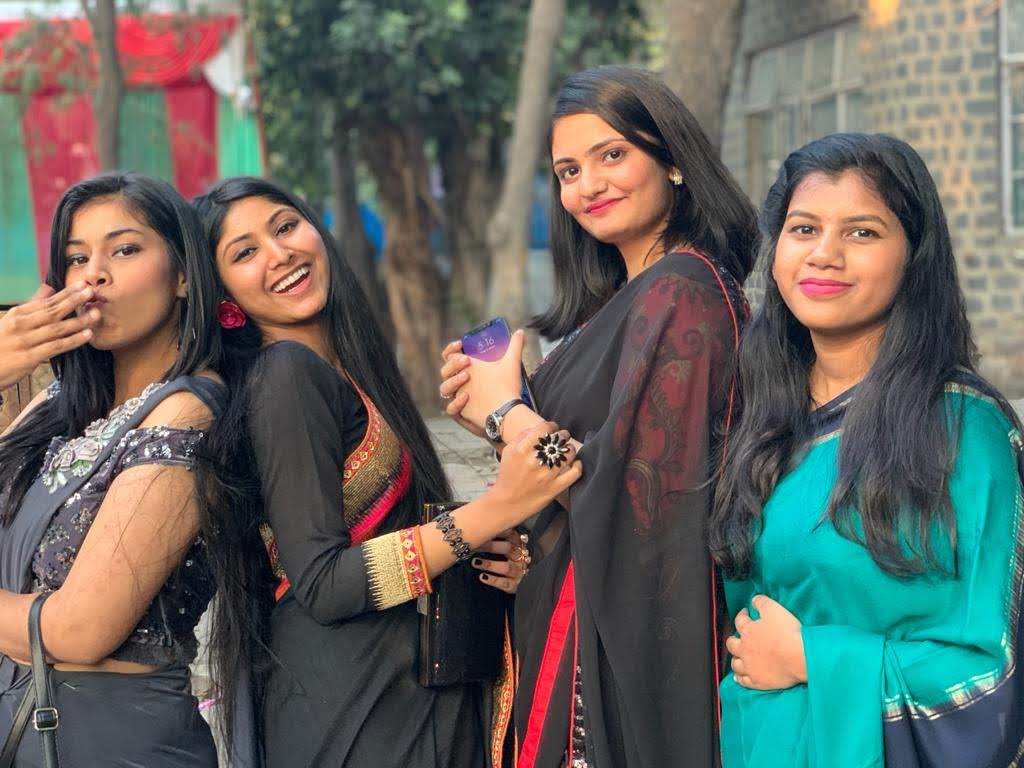 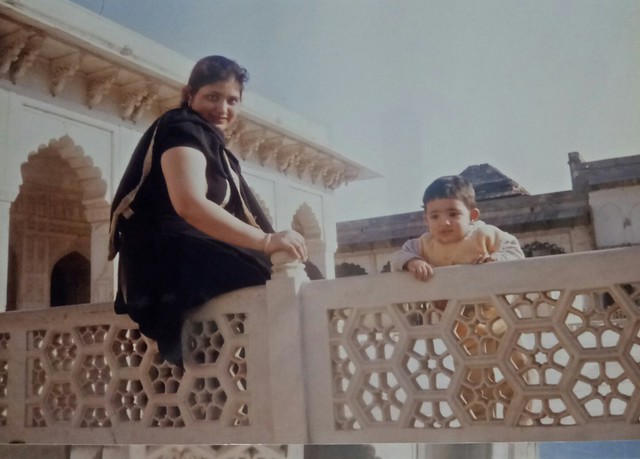 Their story, in their words.

Tahreema, 19, lives somewhere in Daryaganj with her parents and a 5-year-old brother. She never knew that this will be the time when she will revisit her blue, towelled, patched childhood album. Her father has always been fond of capturing moments and taking pictures whenever possible. So as she goes by the first page, she sees her name written in elegant calligraphy.

Whenever she goes through her album the moment which she vicariously lives through the photographs is her first birthday. She doesn’t remember it consciously but photographs do help to picture the scenarios. Everyone showed up, everyone gathered, the well lit, bright room with clustered balloons, pink, orange, yellow, fairy lights hanged on the glass showcase, she not being aware of what is happening around, everyone sitting circled her with the cake on the table in the middle, and everyone clapping as she reaches to cut the cake.

“A lot of things are ingrained within me unconsciously which are often reflected in my likes and dislikes. I loved huge gatherings, where there would be everyone I knew till the time I realised that everyone is pretty nosey and also the hopeless romantic person within me.” Laughing, she says the hopeless romantic side had come from her first outstation trip to Agra when she was barely a year old. The city where a mausoleum was constructed in the memory of Shah Jahan’s beloved.

She had a lot of good memories in that house. It was a 2 BHK apartment situated in David Street, Pataudi House. She says that she is a die-hard Bollywood fan further adding that she has probably got it from her mother, as she grew up watching Bollywood movies with her, primarily of Shahrukh Khan, on a Samsung TV set, wondering that Shahrukh Khan lives inside the TV and if somehow she manages to break it, she will reunite with her crush. All her childhood she was fangirling over her favourite actor, from cutting pictures from the newspaper to hearing Om Shanti Om songs on loop on the DVD player. So living vicariously through movies, songs and books have always been a part of her life. Since she was the only child by then her parents made her happy in any way possible and she can’t be more grateful to God. From bringing her some fishes to pet at home, to taking her to the park every evening and having ice cream on their way back. When she barely knew the continents of the world, she got to wander the streets of NYC. She got to visit all the places she saw in Kal Ho Na Ho, it isn’t less than a dream come true for a 5-year-old-mad-about-Bollywood-child.

“Not only do we live in Old Delhi, but Old Delhi lives in us. So no matter wherever we go the void that Old Delhi would leave inside of us will never be filled, not even by NYC. The way everyone approves of the food here, and the kiosks are no less than walking down a food exhibition, and everything.”, she adds. According to her, the true spirit of the month of Ramadan lies here in Purani Dilli, when the bazaars are open till sehri time and the way it is all under glitz and glamour when Eid is around the corner, and the Eid namaz at Jama Masjid.

“My life has always revolved around academics and my friends,” she says. The more she hated studying in her childhood, the nerdier she became in later years. Talking of her hobbies she says that puberty hit her vocal cords way before than it actually hit her entirely along with playing the guitar, she also is a Swiftie (Taylor Swift fan). All along the way she had lost many friends, she tried fitting in with a large group, but she couldn’t manage. Till 7th grade, she was a person tagging along with her acquaintances. “Sometimes, in school, I used to look around and used to strike out the people one by one, and used to be left with no one to be called as a friend. For parents, it is quite easy to say that they send us to school just to study and not to make friends, and, in reality, it clearly means to isolate yourself. For a child, it is hard to cope up with it. If the child turns out to be social and talkative, she won’t be able to digest the fact that everyone around her is friends with each other but she isn’t.” She tried to keep up. The best friendships she had were the ones in 11th- 12th grade. Amidst the hustle of acing organic chemistry, her new friends came into being, Zuham, Kashish, Jigyasa, Palak, Harshita, Riya. “11th-12th might not be the best of my academic years, but these people had made that time worth living and the student with downcast eyes turned into a notorious individual of all time ”. They cried, laughed, tutored each other, listened to the who-broke-whose-heart tales, sung vulgar songs in between the physics class, and made a meme page. The last day of her school when they all scribbled our feelings out on each other’s shirts was probably the last time they all were together and of course on the farewell. “All this time, I have learned that we should not look forward to things so eagerly, because when they occur, they are gone in a flash of light. It is kind of a bittersweet feeling”, she adds reminiscing.

Her life, in a nutshell, had been as unexpected as a teacher asking for the homework just 5 minutes before the period was supposed to be over, and as scary as her first-grade maths teacher. She can retrieve her experiences from all the places shown in Abhishek Bachhan’s Delhi 6. Saying ‘Ae Dil Hai Mushkil’ dialogues, and making puns all along, and sometimes as confused as Never Have I Ever’s Devi, which her best friend Sidra handles way too effortlessly!

“Life is full of cynical clowns, robbers and thieves, but I would very much like to acknowledge the rainbows and unicorns that I came across.” 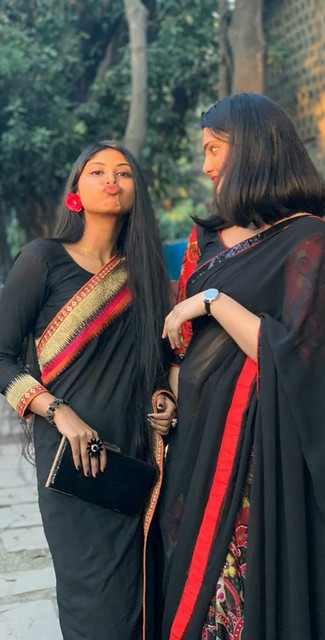 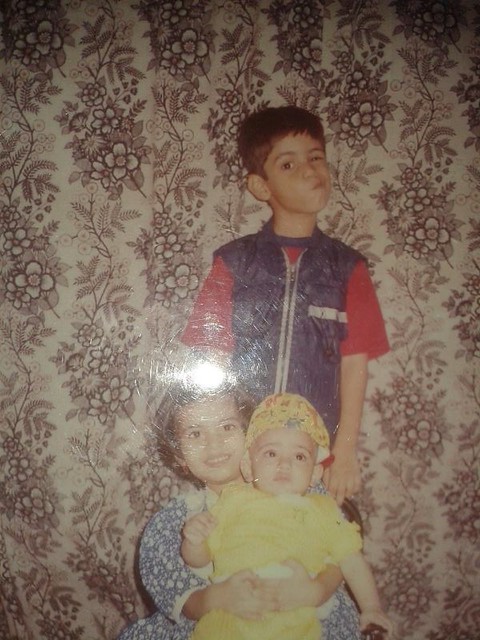 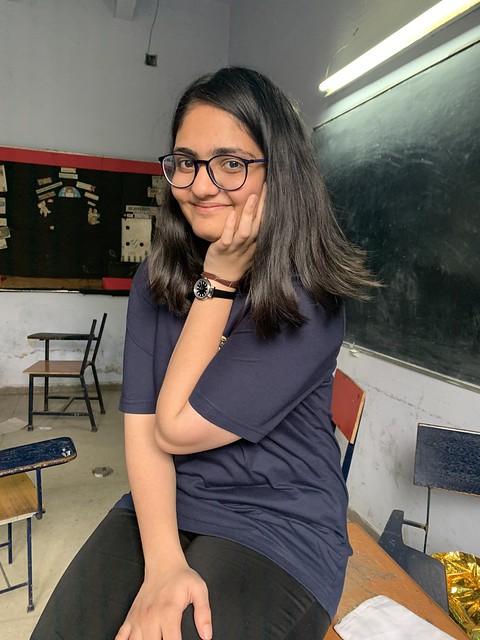 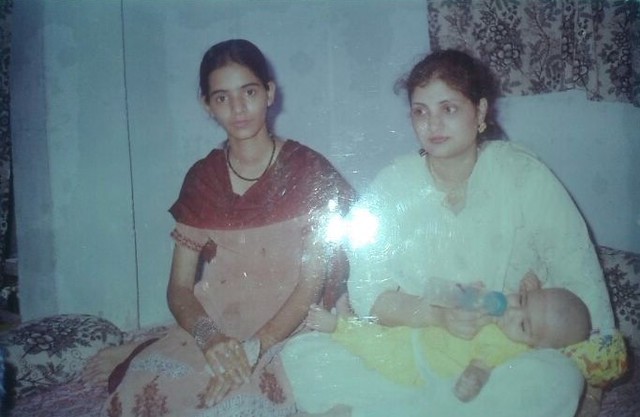 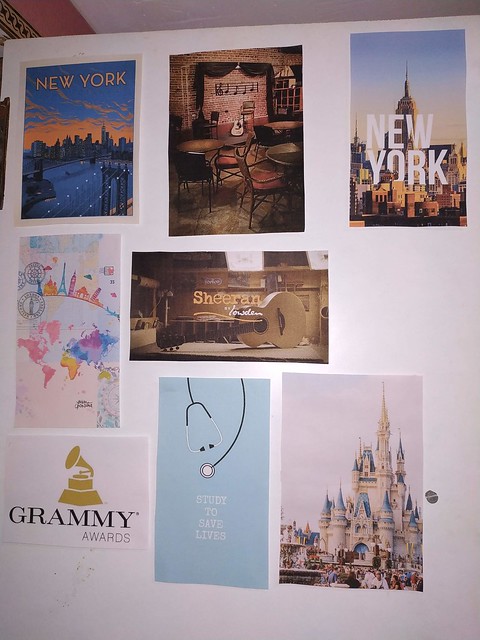 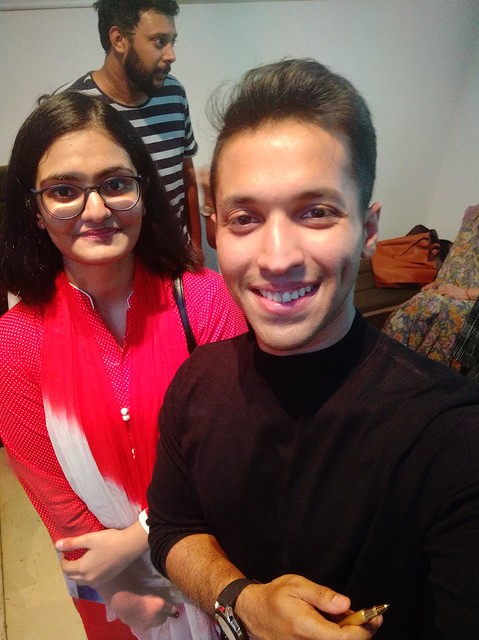 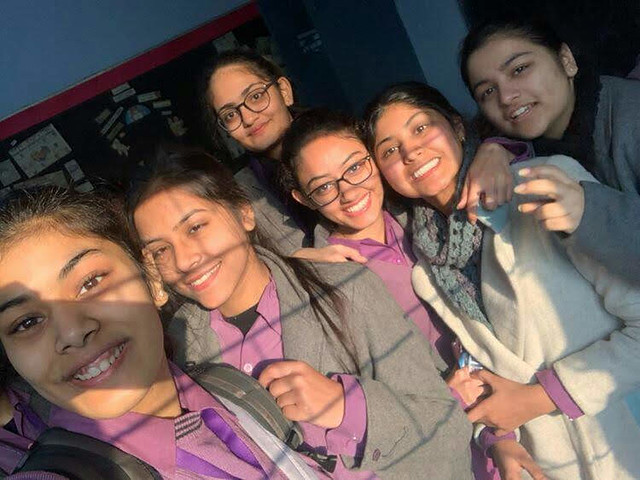 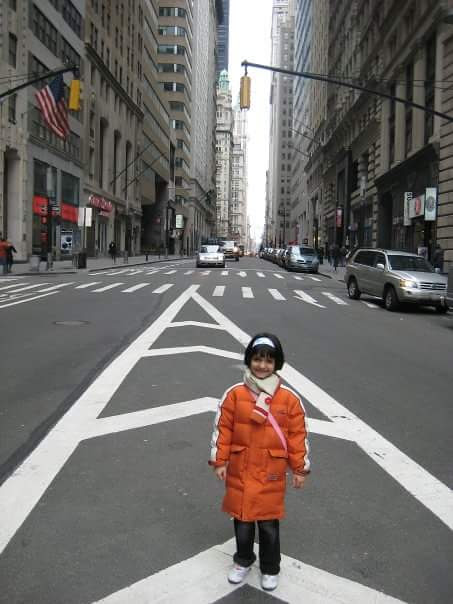 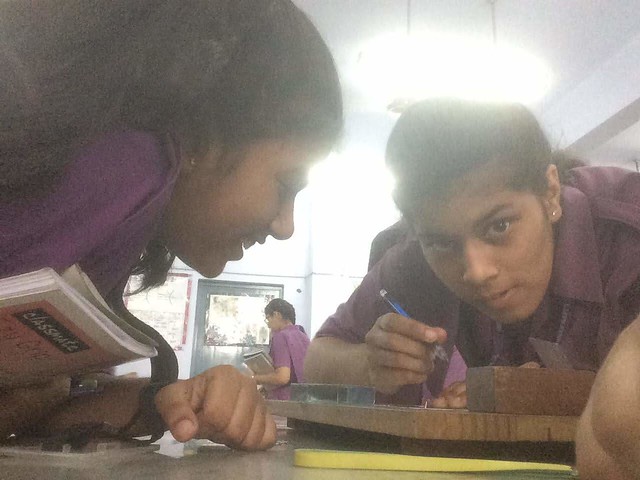 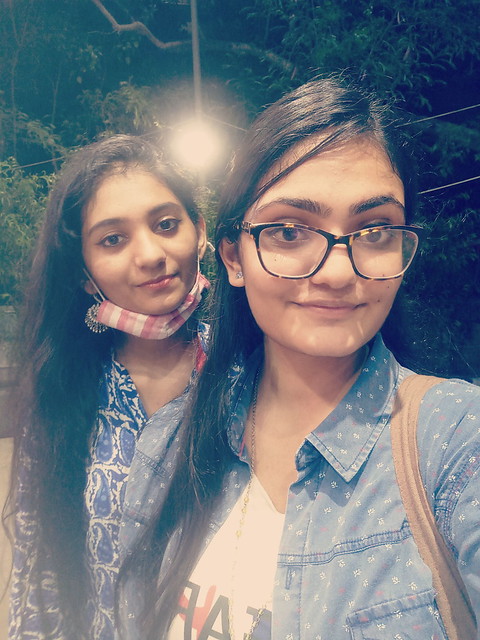 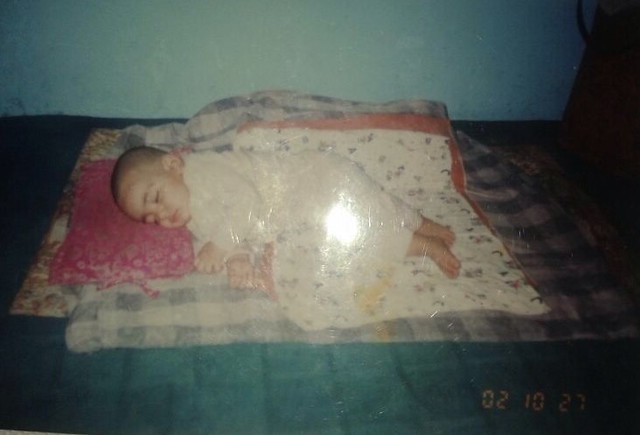 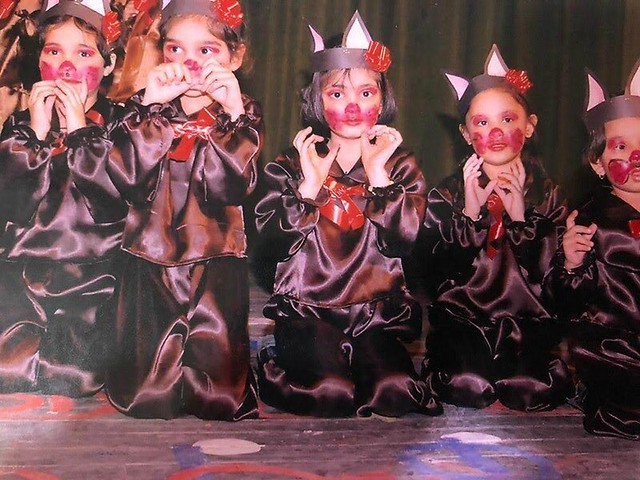 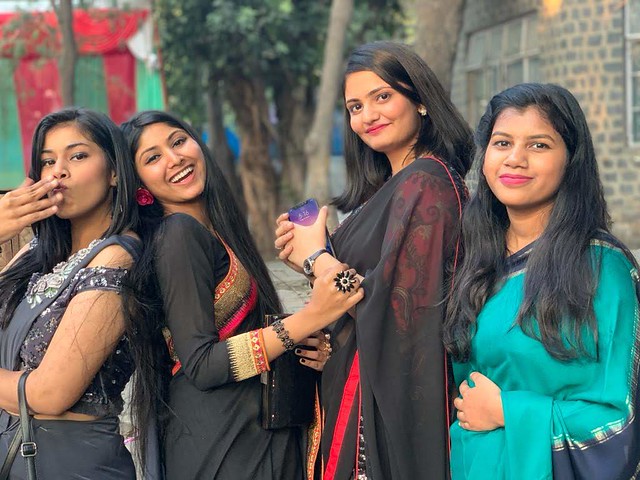