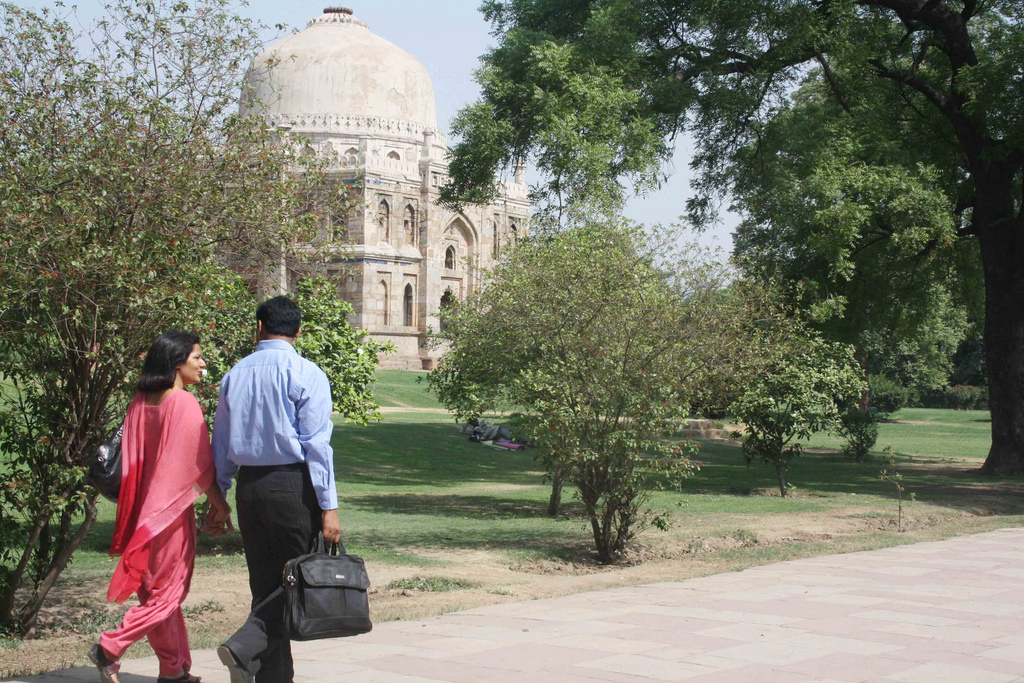 Public parks in Delhi have always doubled up as private spaces for young romantic couples who, due to various reasons, cannot seek the joys of physical intimacy in any other place. These gardens have lately acquired individual flavours too.

The rugged landscape of Buddha Jayanti Park, near Dhaula Kuan in center Delhi, is for the adventurous and daring. The hip Lodhi Garden, thanks to its numerous walkers, suits those who prefer safety in crowd. Nehru Park, near the Prime Minister’s residence, is popular among gay people. In pre-Metro days, Central Park, at Connaught Place, was a haunt for sex workers. It’s a Happy Family zone now.

Prachi and Mukul (both were reluctant to give their last names) often spend afternoons at Lodhi Garden. Once described by Time magazine as Asia’s best urban oasis, Lodhi Garden holds no charm for these love birds from Uttam Nagar. “We don’t come to gaze at tombs and trees,” says 19-year-old Prachi. She met 23-year-old Mukul at a computer institute in Kirti Nagar, fell in love, and then wondered where to get cozy. West Delhi, where the home is, was out of the question. Central Park? No bushes. Buddha Park? Too dangerous (goonda elements etc.). Millennium Park? Too far. Lodhi Garden? Yes!

However, that sort of harassment hasn’t stopped Buddha Park from acquiring a ‘fast’ reputation. The kissing and groping in Lodhi is like a child’s play to the more adult stuff going on here. The stories about eve teasing too haven’t added to its reputation.

Perhaps one place in Delhi where eves are perfectly safe is Nehru Park, described in a google search as “the Grande Dame of all gay cruising places in the capital.” Evenings there usually see fashion designers, foreign diplomats, and lonely homosexuals eyeing each other discretely.

Discretion is the very thing that straight lovers could learn from their gay counterparts. “I feel scared in my evening walks not knowing when I would stumble into these ladka-ladkis,” says a senior bureaucrat living in a bungalow just across the road from Lodhi Garden. “Their activities are just not a part of our culture,” she says. No time for tombs, Lodhi Garden I can’t love without you, Purana Quila Lawn There are problems, Lodhi Garden Love me, kiss me, Buddha Garden Sweet is your kiss, Lodhi Garden Sealed with a kiss, Lodhi Garden