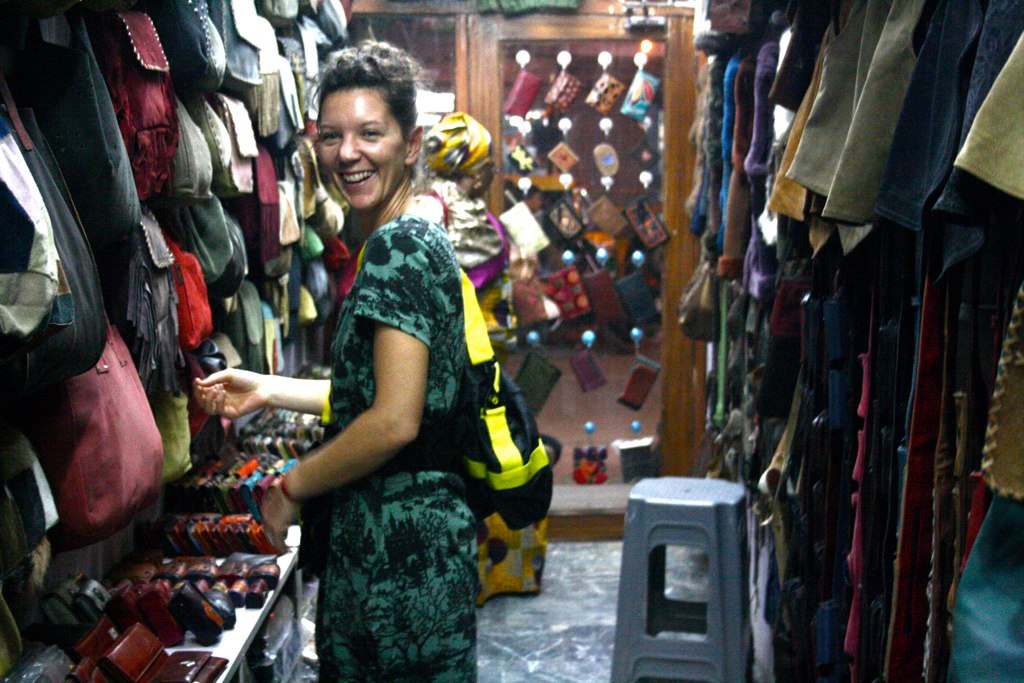 Memo from Paharganj – Life After The Renovation Reporting from the backpackers’ ghetto.

How is Paharganj, Delhi’s backpackers’ ghetto, doing? Popular among budget tourists for its low-price hotels and cafes, the area’s Main Market underwent renovation in the run up to the 2010 Delhi Commonwealth Games. The road was widened, the encroaching shops were demolished and the pavements laid with bricks. Quite a few hotels and restaurants went for a more personalized renovation: a new coat of paint was applied, floors were re-done and windowpanes replaced. The popular Everest Café, for instance, opened another wing.

Late one evening The Delhi Walla went there to test the mood. It was not crowded, very unlike Paharganj. “The Main Market did not get business during the Commonwealth Games,” says Deepak Kumar Dalini of Jackson Bookstore, a shop that sells bargain novels in more than 10 languages. “Since Paharganj was dug up for months and there were cranes blocking the way every few yards, the word spread in the tourist circuit that it is a no-go place. Even now it is battling that reputation.” Until a year ago, Mr Dalini displayed his books far out into the road, but now the shop has shrunk to its original small size. “While re-arranging our stock, we had to dump many books in the godown since we no longer have that much space.”

Close by, across the street, is Paradise Emporium that sells leather bags. Vaseem Lone, a young Kashmiri, is sitting at the counter. He is talking to a Nigerian tourist dressed in a lavish yellow gown. Mr Lone admits that business has decreased since last year, but he says: “The renovation will be good in the long run. See outside. It’s less crowded now, and less dirty. Tourists will like it.” Just then a tourist enters. Looking at the bags, she introduces herself as Laure, a visitor from France. She says: “I first visited Paharganj two years ago. This time there are fewer crowds and fewer cows. But I cannot say that it’s cleaner.”

A short walk down the street is what used to be Raja Book Store and café. The bookshop, which also sells music CDs, is functioning but the café has vanished, thanks to the renovation. True, the café encroached upon the street, but it was also one of the most beautiful places to hang out in Delhi. I had written about it here in January 2010. Mohammaed Tafazzul, the owner, says, “My café is history. Now hardly anyone comes to buy my books.” Soon, a tourist comes and asks Tafazzul for the music CD of the film Om Shanti Om.

Opposite is the rival shop, Prince Bookstore. Manoj Kumar, the owner, who is haggling over the price of a Hebrew novel with an Israeli tourist, says: “Business is bad. Earlier I sold 15 books daily. Now, it’s five.”

Standing by the roadside and beckoning tourists to the café he is currently working in, Mukesh Sharma says: “There are things that I like about Paharganj’s renovation, and there are things that I don’t. The road is now wider. People have more breathing space. But the renovation has brought doom to small stores. They displayed most of their wares out on the road. That has ended. Meanwhile, many big stores went for their own renovation and have grown bigger.”

It is this dichotomy that has subdued Paharganj’s spirit; its touristy soul, however, is intact, along with its overhanging electric wires. Backpackers are walking down the street, travelers are exchanging stories in cafes and a few tourists are bargaining for sodden Lonely Planets in second-hand bookstores. One can even spot a stray cow or two. But the bazaar may have to wait till the New Year to reclaim its earlier bustle. That is the time when backpackers will return from Goa’s beaches and make Paharganj their home, before leaving for Rajasthan or Nepal. Before the renovation – The café at Raja Bookstore After the Renovation – The café is gone Laure, the French tourist at the Paradise Emporium ← The Delhi Walla Books – They Are Bestsellers
City Secret – The Body Re-builder, Mahipalpur →