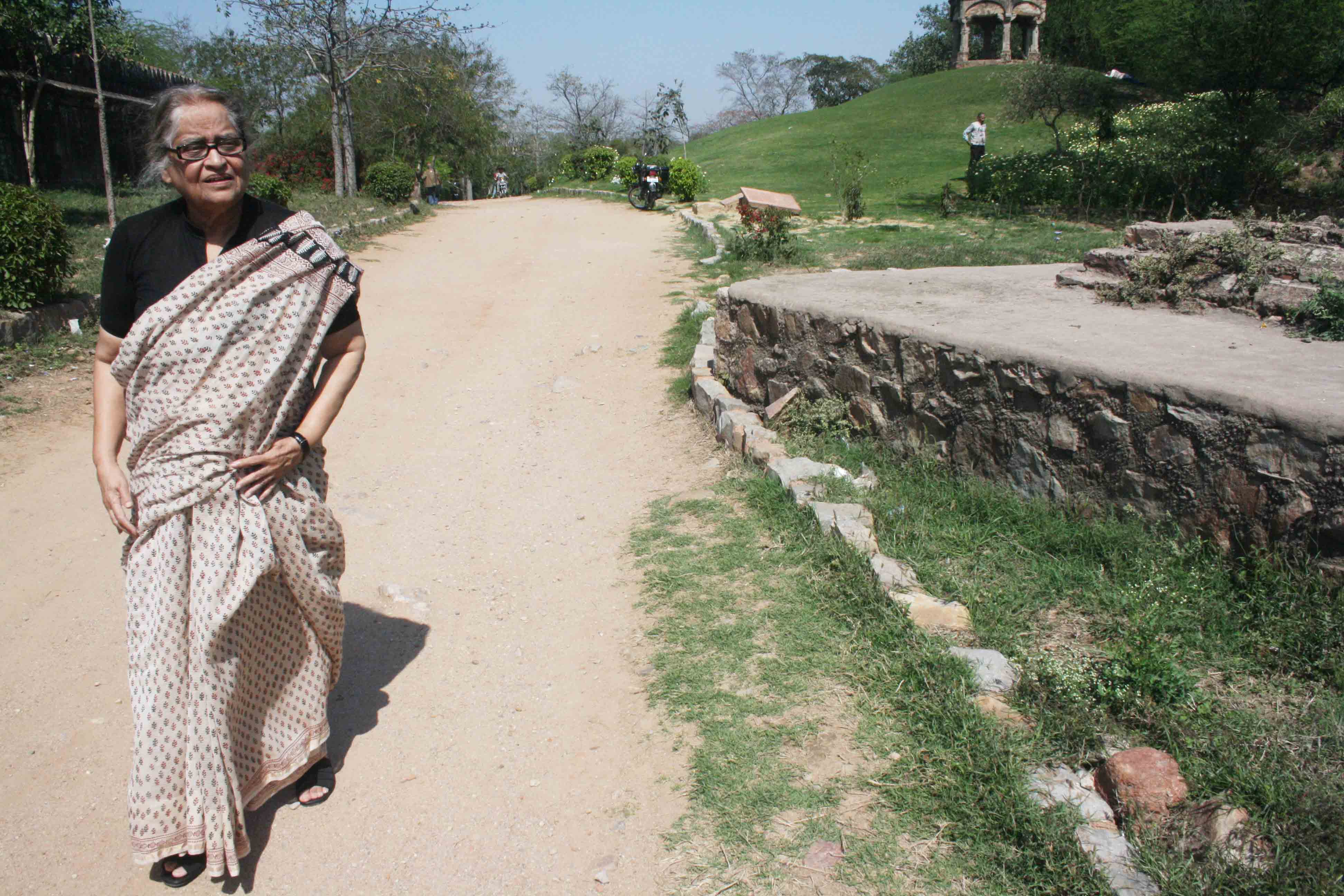 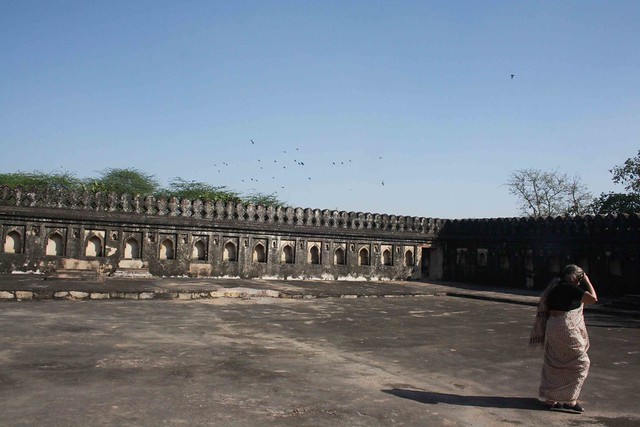 One spring afternoon, The Delhi Walla accompanied Urdu poet Zehra Nigah, 75, to Mehrauli Archaeological Park. Ms Nigah, who lives in Karachi, Pakistan, was in Delhi to attend a mushaira, a poetry session. Taking a break from meeting old acquaintances at her daily hangout in India International Center, she had planned the Mehrauli excursion a week in advance. Spread over 100 acres, the park’s hilly green space in the southern edge of the Capital has 70 monuments, covering almost everything–tombs, mosques, carvanserais, gardens, and gateways.

Wearing a light brown saree, Ms Nigah started with Jamali Kamali masjid, a 16th century mosque named after Shaikh Jamali Kamboh, or Sheikh Fazlullah. He too was a poet – both in Sikander Lodhi’s and Mughal emperor Humayun’s courts. “This is beautiful,” the poet said. “I’ve been to Delhi many times and I’ve seen the Red Fort and Humayun’s Tomb. But I’ve never come here.” Ms Nigah’s voice is as delicate as her poetry. It is usual for her to interpose her conversations with impromptu verses, which are so elegant that one is tempted to jot them down immediately on a notebook.

Pointing at the stone platforms built around trees in the mosque’s courtyard, Ms Nigah said, “It’s like in the villages. The idea is for people to sit under the branches and enjoy the shade.” She then looked up at the sky and marveled at its blueness. While leaving, the fragile-looking lady was so overwhelmed by the mosque’s austere beauty that she turned around at the gate, and facing towards the monument, said, “Thank you, Jamaliji.”

In the park’s cobbled pathway, Ms Nigah walked haltingly. “The surface is slightly uneven.” Occasionally she held my hand. Her palm was very soft. In the distance, we could see the stone tower of Qutub Minar, one of the earliest Indo-Islamic monuments. “I’ve been to its top,” she said. “It was many years ago. I felt suffocated while climbing the stairs.”

Born in Hyderabad in undivided India, Ms Nigah moved to Pakistan after its creation in 1947. She has been regularly coming to Delhi since 1953 when she attended her first mushaira in the city. Her audience in the Indian capital has included presidents and prime ministers – Jawaharlal Nehru, S Radhakrishnan, Lal Bahadur Shastri, and Fakhruddin Ali Ahmed.

While visiting Delhi, Ms Nigah often takes her close Indian friends to Jama Masjid, on the stairs of which she would recite her favorite verses. There are other important things to do, too. Being a Pakistani, it is not easy for her to get a visa to the ‘enemy’ nation. So each time she is in the city, Ms Nigah buys enough sarees to last for at least twelve months. (The poet wears only sarees, not salwar suits, the popular wear for Pakistani women.)

Reaching Rajon ki Baoli, a 16th century step well built for masons, Ms Nigah said that it was an ideal site for mushairas. “The rules need to be strict. Every poet who tortures the audience should be immediately thrown into the well,” she said. “Soon there would be no one left on the stage.”

By the time she reached the Sufi shrine of Khawaja Qutub Bakhtiyar Kaki, in Mehrauli village, Ms Nigah was tired. The exhaustion faded as soon as she started praying. Since women are not allowed near the Khawaja’s grave, she stood against the stone trellis that looks to the saint’s tomb. Closing her eyes, and clasping her hands together, the poet whispered her wishes to the saint. Perhaps it was an emotional moment for Ms Nigah. Her late husband, Majid Ali, was a devotee of Hazrat Nizamuddin, a Sufi saint of the same Chishti order as Khawaja Kaki. Hazrat Nizamuddin lies buried only a few miles away. While leaving the shrine, Ms Nigah said, “Karachi is where I live but Delhi is the city of Sufis and that’s why I keep returning here.” 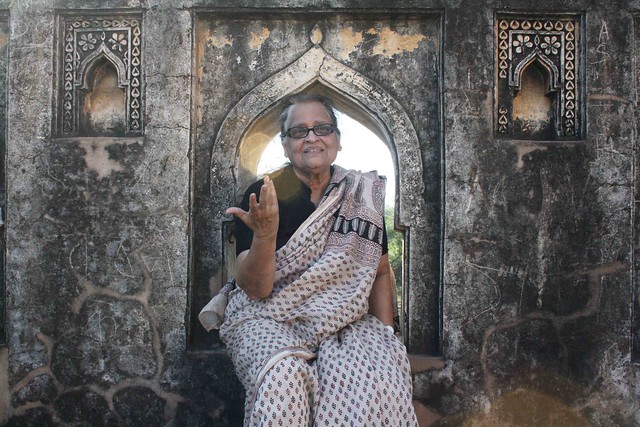 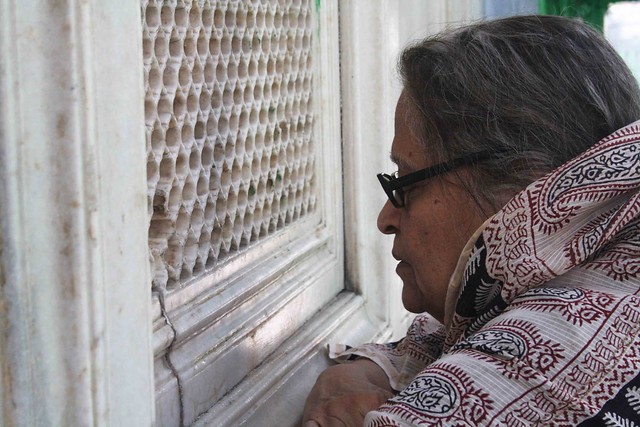 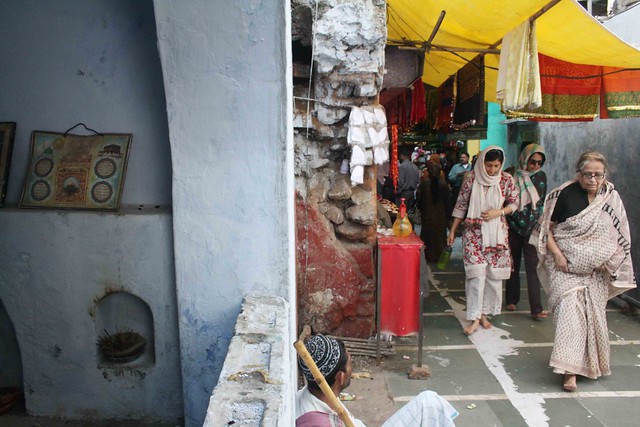 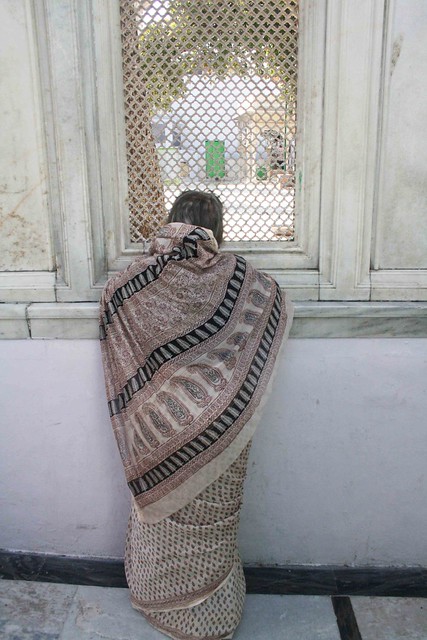 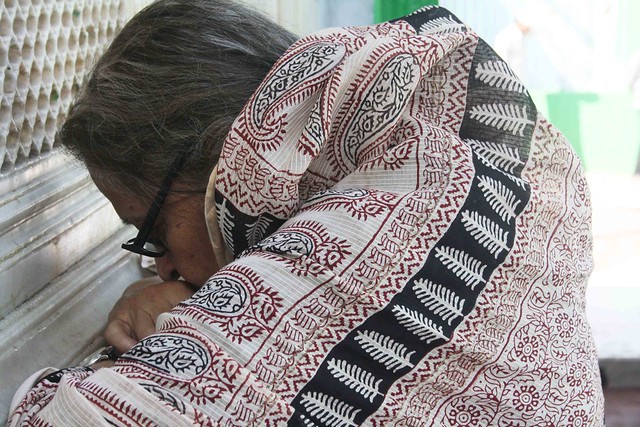 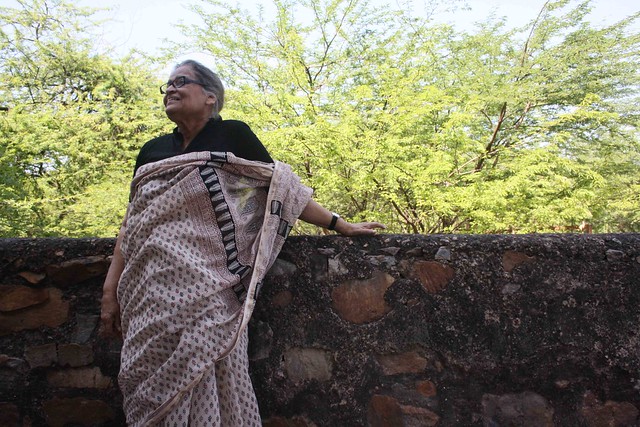 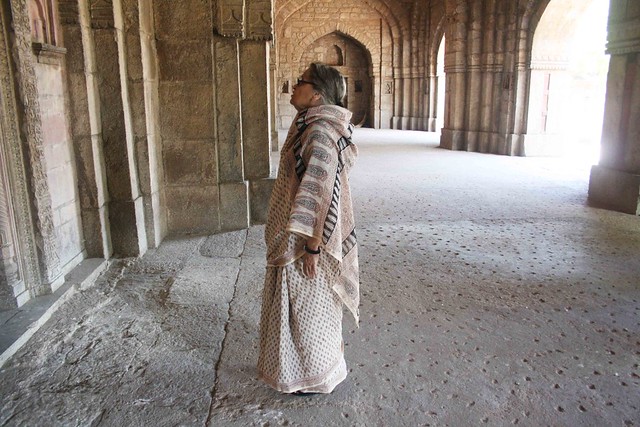 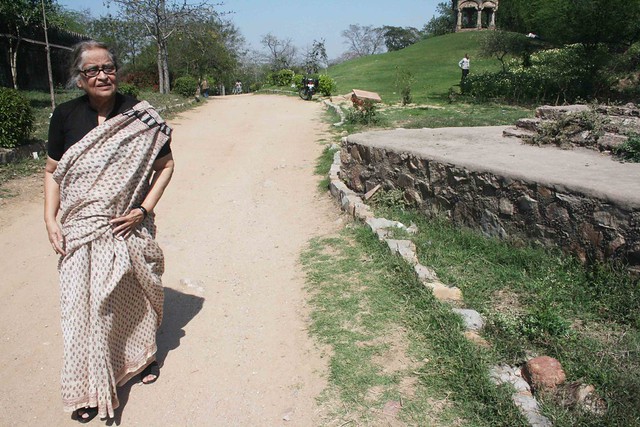 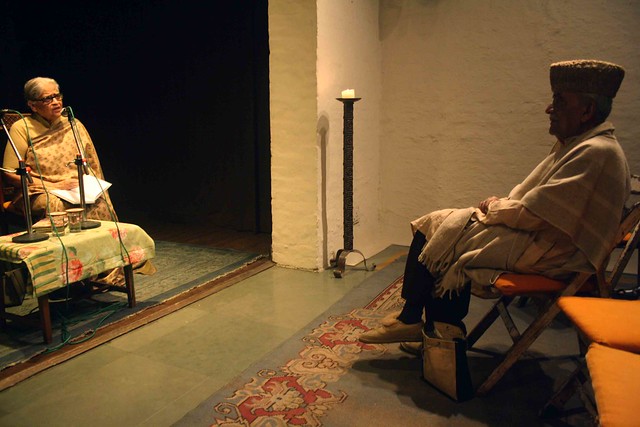