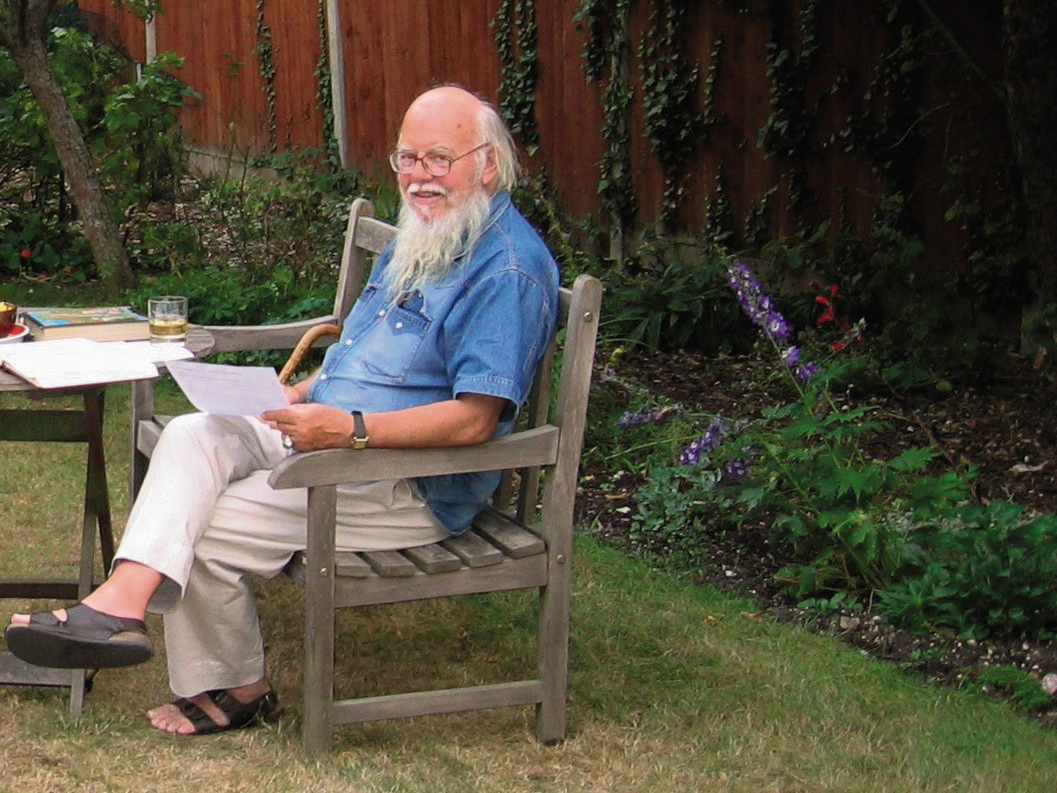 Born in Jabalpur to a colonial-era judge and a vagabond painter, British scholar Simon Everard Digby was a part-time Delhiwalla with a deeper understanding of Delhi’s history than most Delhi historians. He lived off-and-on in the subcontinent, traveled extensively in the region, and spent months reading on art and history in the museums and libraries of Bombay and Calcutta. He photographed monuments, picked old coins, collected manuscripts, purchased artifacts, and bought books. His library was one of the world’s largest and finest private collections on Indian history.

Mr Digby was a polyglot who spoke English, Hindi, Urdu and Persian. He wrote articles and papers on medieval India’s Islamic past and published books with titles like Sufis and Soldiers in Aurangzeb’s Deccan and War-Horse and Elephant in the Dehli Sultanate. He died of pancreatic cancer at his rented apartment in Nizamuddin West, a Delhi neighbourhood within yards of medieval India’s greatest sufi shrine, Hazrat Nizamuddin Auliya’s dargah. Mr Digby was 77. He had a balding head and a long white beard. He was cremated in the city according to his wishes.

In April 2011, Christie’s is all set to auction several objects that the scholar collected over a lifetime. “The Digby Collection offers the opportunity for buyers to acquire some very rare, ‘best of type’ works of art, something that the market is always hungry for,” says Sara Plumbly, Islamic art specialist, Christie’s, London. She talked to The Delhi Walla in an e-mail interview. The collection is expected to realize £309,000-460,000 (around Rs 2-3 crore), which will go to the Simon Digby Memorial Scholarship Fund.

“Simon was fabulously eccentric, indeed almost a Dickensian one-off,” says British author William Dalrymple, who knew him. “He was the sort of independent scholar who no longer exists.”

When he was terminally ill in December 2009, Mr Digby asked his friend Richard Harris—who retired as regional manager (South Asia) for the BBC World Service in Delhi—to come to India to help him. But a visa delay, swine flu scares and ill-health forced Mr Harris to mourn his friend’s death in England.

I met Mr Harris in March 2011. He was in the city to sort out the loose ends of Mr Digby’s life and work. The man has a lot to accomplish. “Simon left the responsibility of his legacy to the three of us,” says Mr Harris, referring to Dominic Omissi, a schoolteacher who met Mr Digby while he was doing his PhD on colonial literature, and Colin Perchard, who was the director of the British Council in Delhi. “We decided that the most fitting memorial would be a scholarship fund to encourage the study of subjects dear to Simon’s heart. He had collected thousands of objects and we decided to sell them in order to put the money into the fund.”

Ms Plumbly says the top lot in the collection, and one that has generated excitement in the market, is a fine Gujarati mother-of-pearl overlaid qalamdaan (pen case) dating to the late 16th or early 17th century.

The Christie’s catalogue only skims the surface of this historian’s unique collection. “Take a particular water vessel that was one of Simon’s most treasured possessions,” says Mr Harris. “Indistinguishable from similar vessels produced in brass foundries across India, Simon found a small inscription on the base in Persian. From these words, he was able to tell that this vessel had been made in the Deccan in the 18th century and had ended up in the hands of a Malay Muslim sailor who, from his name, must have converted from Christianity. Then, Simon could continue about the Indian Ocean trade in the 18th century for many hours.”

Not everything Mr Digby acquired was bought in India. In 1985, he inherited a house in Jersey, one of the Channel Islands, from relatives. Jersey was a popular retirement place for ex-colonials from India. Many of these families had artefacts that might have been in their families for many generations. As this generation faded away, several objects ended up in auction houses in Jersey and other places in the UK.

“Simon was one of only few people who knew what these things were and what their significance might have been,” says Mr Harris. “He bought objects at reasonable prices because the fashion for Indian decorative objects had passed away. Now, with well-informed collectors, their value has once again been restored.”

Mr Digby never married and he only held one job in his lifetime: as keeper of Eastern Art at the Ashmolean Museum in Oxford during the 1970s. “He lived on a series of small legacies from a dwindling community of aunts and uncles,” says Mr Harris. He spent half the year in India and the other half in the UK, but attended academic events throughout the world. “Simon’s intoxication came from listening to bhajans or qawwali or from the pleasure of sharing his life with his many friends. He loved the area around the Sufi shrine at Nizamuddin. In another time, he would surely have been recognized as a Sufi or a yogi. In his own time, he was considered an eccentric.”

Mr Digby was not concerned with the superficial beauty of the pieces that he collected. “He was interested in what those objects could tell us of the people who made them and used them,” says Mr Harris. The answers to those questions can be found in Mr Digby’s writings. One of the tasks Mr Harris has in Delhi is to discuss the reprinting of some of Mr Digby’s books and the printing of those which have yet to be published. That legacy will be cheaper to buy.

The estate of Simon Digby A silver wire and gilt pandan A silver enameled huqqa base