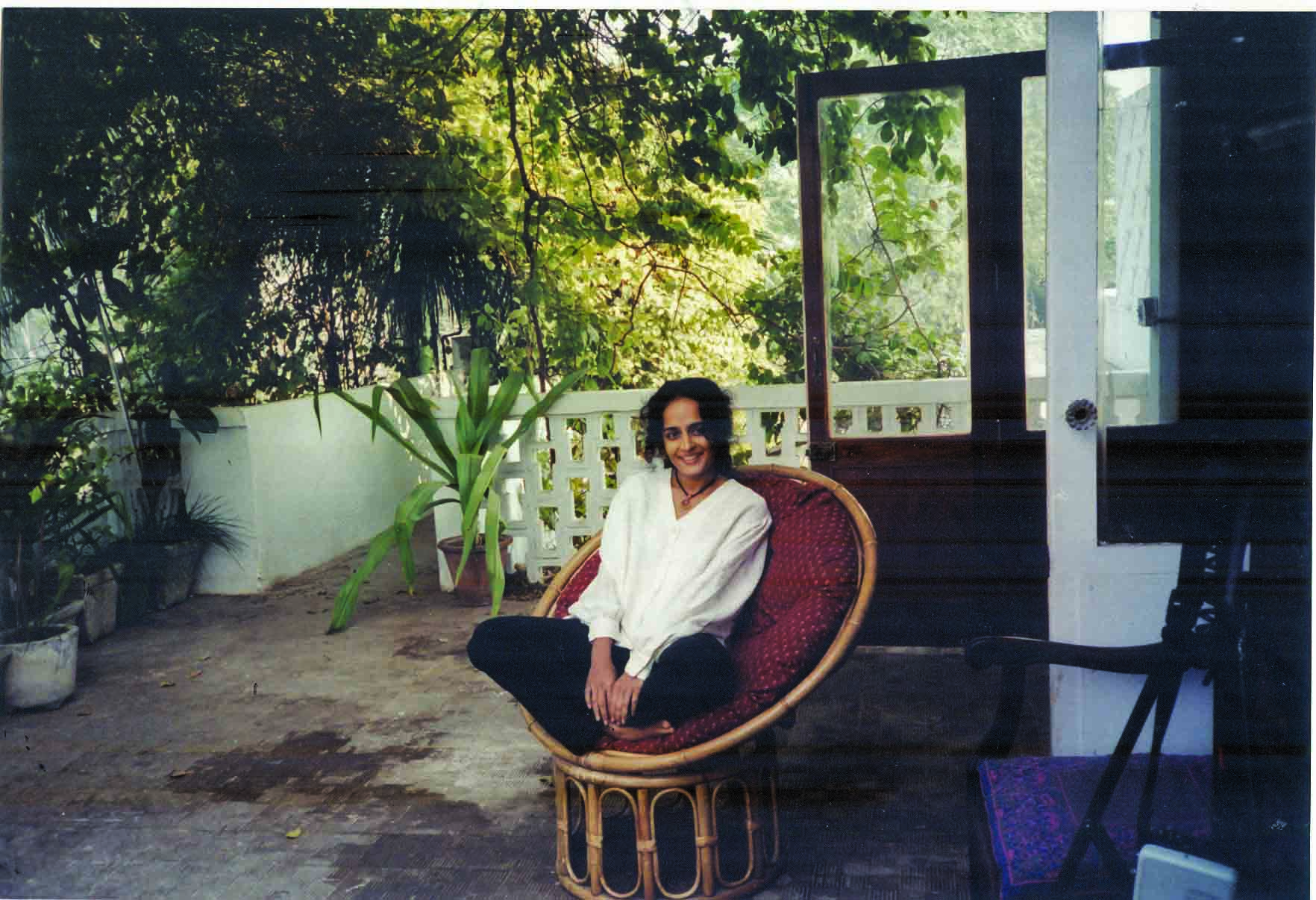 It’s vanishing. The barsati. The small room at the top of the house where the family could enjoy the cool breeze during the monsoon. A unique Delhi phenomenon.

The city’s real estate regulations spawned a way of life that was artistic and idealistic, temporary and flamboyant. Taking its name from barsat, Urdu for heavy showers, the barsati was a room with a large terrace. Holed up in these below-the-sky capsules, young, unconventional middle-class migrants waited for new opportunities.

Novelist Anita Desai immortalized the barsati by making it the setting of her short story The Rooftop Dwellers. She described the dwelling with her characteristic understated humour: “The rooms had once been built on Delhi’s flat rooftops so that families who slept out on their roofs on summer nights could draw in their beds in case of a sudden dust storm or thunder shower. But now that Delhi was far too unsafe for sleeping alfresco, these barsatis were being rented out to working spinsters or bachelors at delightful profits.”

The barsati is now in terminal decline. “In the 1980s, 75% of renting places in Defence Colony were barsatis,” says Shankar, a real estate agent in this upscale south Delhi neighbourhood. “Today, most bungalows have turned into multi-floor apartments. The entire area has only 25 barsatis.”

The author of the story of the rise and fall of barsatis is the Delhi Development Authority. The floor space index (FSI) regulates the built area of the property in relation to its plot size. In most neighbourhoods, there was a limit on the number of floors a bungalow could have. In the diplomatic enclave of Chanakyapuri, for instance, a bungalow could have a ground floor and a first floor. On the second floor, only a small room would be permitted, which was the barsati, the rain shelter. Doubling up as servant quarters, it was soon being rented out by the landlord for extra income. Today, the bungalow owner in Chanakyapuri can raise four floors and get more rent.

The SDBMs flourished in the 1970s and 1980s, when no one was disturbed by telemarketing calls offering home loans. This tribe of Leftists claimed to have rejected careers in the corporate world. Mostly college lecturers, PhD students and journalists (the would-be writers were exceptions), the SDBMs had great aspirations. They saw avant garde European films in Max Mueller Bhavan, attended literary evenings at the Russian Centre of Science and Culture, watched plays in Mandi House theatres, ranted against American imperialism at the Indian Coffee House, and had a regular hang-out joint in Sapru House. At night, they played audio cassettes of the Beatles, Sting and Bob Dylan on their terraces.

Replace Mandi House with the India Habitat Centre, Indian Coffee House with 4S Bar, and Marxist socialism with guiltless consumerism, and life in the city’s few remaining barsatis is still the same, with Arcade Fire and Broken Social Scene downloaded from iTunes. The new rooftop dwellers are students, photographers, film-makers, journalists and – ah, the new times – mid-level corporate executives. Since south Delhi landlords are increasingly unwilling to rent out to Indians not employed with multinational firms, the barsatis are filling up with single expats.

“Three years ago when I arrived in Delhi and started looking for a place, barsati was the buzzword,” says Annette Ekin, editor of the Motherland magazine. Hers in Greater Kailash-I is like the uncluttered version of a Hauz Khas Village curio shop. On the terrace, the props include a framed poster of Raj Kapoor’s film Shri 420, a signboard of a bone-setting wrestler, a string cot, a yellow watering can and a black water tank. Two frangipani trees grow out of large pots. One is topped with a real bird’s nest and the other has a plastic one, with a fake owl. The bamboo furniture consists of three chairs and a table, on which is kept a tube of Bushman, an insect-repellent lotion from Australia. Though her barsati has two rooms, Ms Ekin says, “When I have friends at home, we never sit inside.”

A few miles away in BK Dutt Colony, D. Bhattacharjya Tato, who works at the French Cultural Centre, has been living in a single-room barsati for five years. Most of his books are packed in trunks kept on the terrace, which also has a sofa. At night, the barsati is lit up with small electric bulbs, as if it’s a Diwali evening. “Thanks to the top-of-the-world privacy,” says Mr Tato, “I can roam on the terrace stark naked.”

The 1980s exposed most SDBMs as closet capitalists. After a few years of living in barsatis, they moved to apartments in east Delhi localities such as Patparganj. Others left for universities in England and the US, made money and returned to buy property in places where they had once lived in barsatis.

The 1990s arrived with barsati renters who were lawyers and executives waiting to grab the next promotion. “I was the only one among the barsati people with a different career,” says hairstylist Sylvie. Her barsati in Green Park had a bamboo terrace with 200 palms, a tandoor, a bar and a giant birdcage, which was home to cockatoos, love birds and fowls. “We had parties till 4am,” says Ms Sylvie, who now lives in a bungalow in Gurgaon.

Before buying an apartment in Mehrauli, thumri singer Vidya Rao was a rooftop dweller. “A barsati is in the house, yet not contained by it,” says Ms Rao. “This is a metaphor for the way I would like to live. Engaged in this world’s ups and downs, yet not submerged in its noise, always open to the sky’s mysterious vastness.”

To many who could not afford bungalows with gardens, barsatis gave a chance to create a forest of potted plants. Till 2008, architect Golak Khandual lived in a series of barsatis, including one on Malcha Marg which had been vacated by Ms Roy. “In my last barsati, I grew tomato, green chilli, herbs, spinach and once a pumpkin,” says Mr Khandual.

At his barsati in Jangpura, interior designer and architect Sanju Mahle has basil, asparagus, lilies, arrack palms, cement cranes, birdcages, a granite table and a garden bench. Bougainvilleas climb the wall. “Open space is important to me where I can have my own greenery, different from that cultivated in parks,” says Mr Mahle, who has been living in barsatis since he arrived from Mumbai in 1984. Once known for his barsati parties, he now spends quiet evenings in the “green house” with his dog Sonu.

In BK Dutt Colony, Mr Tato loves the monsoon shower. “There is this huge open space from the staircase to my room and when I’m entering the barsati, I have to run if I don’t want to get wet,” he says. “But I always get wet.”

One day soon, there will be barsat, but no barsati.