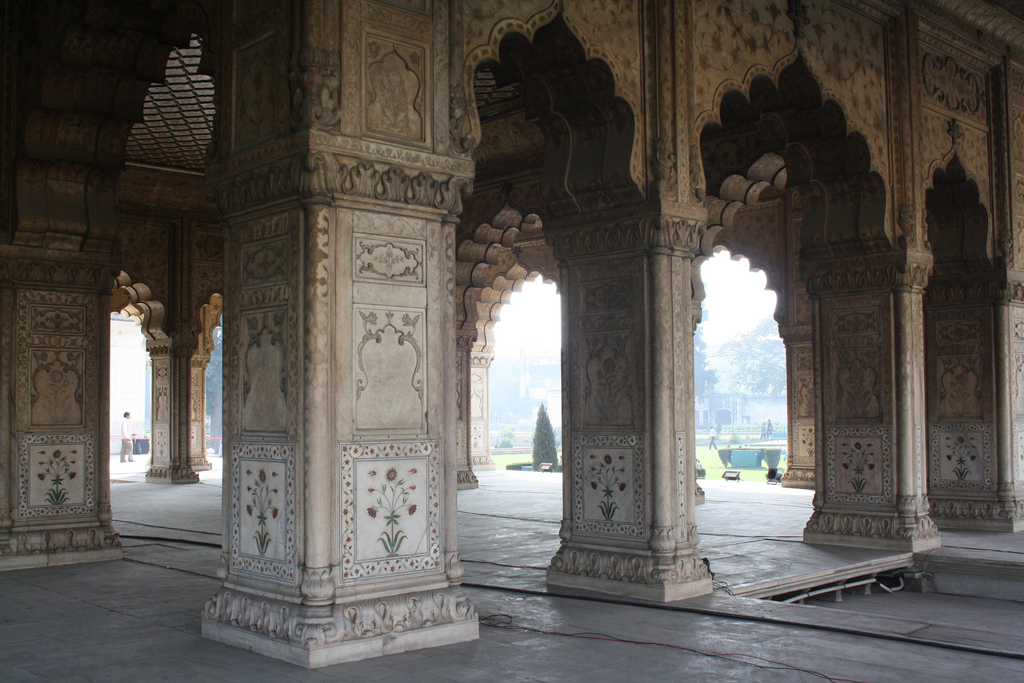 Can it be done? “It’s like drawing the picture of how a dead person looked by putting together stray pieces of his unconnected skeleton,” says Anisha Shekhar Mukherji, conservation architect and author of The Red Fort of Shahjahanabad. The 17th century Mughal fairyland of pavilions, canals and gardens—a Unesco World Heritage site—is getting a makeover. “This is Red Fort’s first major conservation since independence in 1947,” says K.K. Muhammed, superintending archaeologist, Delhi circle, Archaeological Survey of India (ASI). The only other Mughal monument to have seen conservation on such an ambitious scale is Humayun’s Tomb garden in Delhi, by the Aga Khan Foundation in 2003.

For visitors, Red Fort is an anti-climax. The expectations raised by the imposing red sandstone ramparts melt away on entering. Many buildings are blockaded, locked or just unsightly. The bazaar sells Taj Mahal keepsakes that crack within a week. Tourists walk with an expression of “what is all the fuss about?”

The renovation project has its origins in 2003, when a public interest litigation was filed by activists led by artiste Rajeev Sethi. They opposed the ASI’s sloppy conservation work at the fort. The litigation resulted in a restoration plan by a private organization called the Cultural Resource Conservation Initiative (CRCI). The ASI began work after the Supreme Court approved the plan in 2010.

The three-phase project will take 10 years, almost the same time it took for the fort to be built. In early August 2011, labourers were finishing work on the Dilli Darwaza, replacing the broken red sandstone on its dome. The red Naubat Khana has been redone in its original white with a mix of lime, urad dal, batasha, bel juice essence, red brick powder and malai. This was the Mughal recipe for lime plaster that permeates the sandstone and makes it gleam like marble.

“What happens in the Red Fort will have implications for India’s monuments,” says Mr Sethi, referring to the monument’s iconic status.

The present complex is nothing like the one created by Mughal emperor Shahjahan. The Red Fort and the city of Shahjahanbad, or Old Delhi, were built as one entity. The fort wall, about 3km in length, has two gateways. The fort was separated from the town by fruit orchards where people strolled in the evenings. Today, there is a treeless, tightly-cropped lawn, and that is closed to the public.

After getting rid of the Mughals in 1857, the British destroyed 80 per cent of the fort’s buildings. Gone are the colonnades, courtyards and most pavilions. The stone screen that connected the pavilions along the fort’s river-facing façade is no longer there. Only two of the harem buildings survive: Mumtaz Mahal, which houses the Archaeological Museum, and Rang Mahal, which is fenced with ropes. Bored police constables sit inside.

The big talking point in Diwan-i-Khas is a piece of missing furniture: the Peacock Throne, taken away by Persia’s Nadir Shah in 1739. To round off the humiliation, the British later erected military barracks, hospital sheds, and bungalows.

What wonders can we expect from the renovation?

“The plan was prepared by overlaying the map of 1850 on the survey plan of 2006,” says Gurmeet S. Rai, conservation architect, founder director of CRCI, which made the plan. “Many elements of the original fort will be imaginable.”

The colonial-era eyesores are a stumbling block in getting a sense of the original look. For Ms Rai, the standard-design barracks are part of the fort’s multilayered heritage. “The Red Fort was a garden city,” counters conservation architect Ratish Nanda, who works with the Aga Khan Foundation that is restoring the monuments in Humayun’s Tomb. “Restoring that character requires demolishing the barracks that occupy the land on which the gardens stood,” he says. The barracks will stay.

The fort’s exquisiteness can be traced only in two buildings—the royal hamam and the Moti Masjid. Their beauty all too fragile, the buildings remain locked to tourists, but the ASI allowed The Delhi Walla in. The hamam is decked with wall paintings. The floor is inlaid with pietra dura, and bordered with flowing arabesque patterns. The marbled Moti Masjid has slender minarets. In the prayer chamber, every inch of the ceiling and walls has delicate carvings.

Will the renovation change the way we experience the complex? You enter through Lahori Darwaza, pass the kitschy Chatta Chowk Bazaar, cross Naubat Khana and walk into Diwan-i-Am, behind which are a couple of leftover pavilions. Seeing them is depressing.

Wall motifs have paled, stone jaalis lie broken. It isn’t easy to imagine the way things were in Mughal times. The kings, viziers, eunuchs and shehzadis sat on the inlaid floor. In winters, the walls were covered with carpets. In summers, the carpets were removed; awnings would replace them. Camphor candles were lit in the evenings. Cool breezes came from the Yamuna, beyond which were green fields. Sightseers remain ignorant of these details. What they notice is the bird droppings on the floor.

“The pavilions should have the same carpets and lamps that were there in the Mughal era,” says ASI’s Muhammed. “The stories of ruins could be conveyed through pictures and tales.” The plan doesn’t make these recommendations, and the ASI doesn’t have the funds, leave alone any special funding for Red Fort’s conservation. For 2011-12, the department’s Delhi circle, which looks after the city’s 174 protected monuments, has Rs 5 crore (actor Aishwarya Rai received more for her role in the Tamil film Robot).

Will the fort be brought back to the people? Monuments don’t attract the young, hip crowds that visit the city’s malls. In 2010-11, Red Fort drew 2.4 million visitors. The number of visitors to Select Citywalk mall in Saket every year is 13 million.

“The Red Fort is just a jewel in the crown,” says Mr Sethi. “It can never be considered renovated without renovating the crown, the Walled City, which is raped beyond belief.”

Time will tell how India treats her remaining cultural memories. Gaps in the story Can it be done?