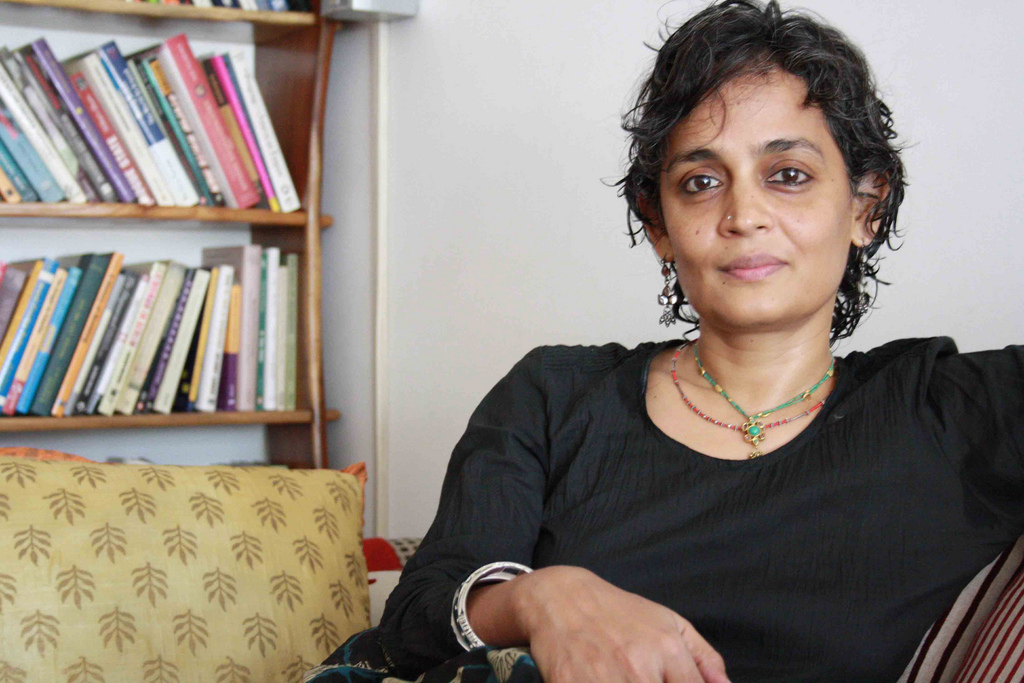 Is it a house or a home? A temple to the new India, or a warehouse for its ghosts? Ever since Antilla arrived on Altamount Road in Mumbai, exuding mystery and quiet menace, things have not been the same. “Here we are,” the friend who took me there said, “pay your respects to our new ruler.”

Antilla belongs to India’s richest man, Mukesh Ambani. I’d read about this, the most expensive dwelling ever built, the 27 floors, three helipads, nine lifts, hanging gardens, ballrooms, weather rooms, gymnasiums, six floors of parking, and the 600 servants. Nothing had prepared me for the vertical lawn – a soaring wall of grass attached to a vast metal grid. The grass was dry in patches, bits had fallen off in neat rectangles. Clearly, “trickle down” had not worked.

But “gush-up” has. That’s why in a nation of 1.2bn, India’s 100 richest people own assets equivalent to a quarter of gross domestic product.

The word on the street (and in The New York Times) is, or at least was, that the Ambanis were not living in Antilla. Perhaps they are there now, but people still whisper about ghosts and bad luck, vastu and feng shui. I think it’s all Marx’s fault. Capitalism, he said, “ … has conjured up such gigantic means of production and of exchange, it is like the sorcerer who is no longer able to control the powers of the nether world whom he has called up by his spells”.

In India, the 300m of us who belong to the new, post-“reforms” middle class – the market – live side by side with the ghosts of 250,000 debt-ridden farmers who have killed themselves, and of the 800m who have been impoverished and dispossessed to make way for us. And who survive on less than 50 cents a day.

Mr Ambani is personally worth more than $20bn. He has a controlling majority stake in Reliance Industries Limited (RIL), a company with a market capitalisation of Rs2.41tn ($47bn) and an array of global business interests. RIL has a 95 per cent stake in Infotel, which a few weeks ago bought a major share in a media group that runs television news and entertainment channels. Infotel owns the only national 4G broadband licence. He also has a cricket team.

RIL is one of a handful of corporations, some family-owned, some not, that run India. Some of the others are Tata, Jindal, Vedanta, Mittal, Infosys, Essar and the other Reliance (ADAG), owned by Mukesh’s brother Anil. Their race for growth has spilt across Europe, central Asia, Africa and Latin America. The Tatas, for example, run more than 100 companies in 80 countries. They are one of India’s largest private-sector power companies.

Since the cross-ownership of businesses is not restricted by the “gush-up gospel” rules, the more you have, the more you can have. Meanwhile, scandal after scandal has exposed, in painful detail, how corporations buy politicians, judges, bureaucrats and media houses, hollowing out democracy, retaining only its rituals. Huge reserves of bauxite, iron ore, oil and natural gas worth trillions of dollars were sold to corporations for a pittance, defying even the twisted logic of the free market. Cartels of corrupt politicians and corporations have colluded to underestimate the quantity of reserves, and the actual market value of public assets, leading to the siphoning off of billions of dollars of public money. Then there’s the land grab – the forced displacement of communities, of millions of people whose lands are being appropriated by the state and handed to private enterprise. (The concept of inviolability of private property rarely applies to the property of the poor.) Mass revolts have broken out, many of them armed. The government has indicated that it will deploy the army to quell them.

Corporations have their own sly strategy to deal with dissent. With a minuscule percentage of their profits they run hospitals, educational institutes and trusts, which in turn fund NGOs, academics, journalists, artists, film-makers, literary festivals and even protest movements. It is a way of using charity to lure opinion-makers into their sphere of influence. Of infiltrating normality, colonising ordinariness, so that challenging them seems as absurd (or as esoteric) as challenging “reality” itself. From here, it’s a quick, easy step to “there is no alternative”.

The Tatas run two of the largest charitable trusts in India. (They donated $50m to that needy institution the Harvard Business School.) The Jindals, with a major stake in mining, metals and power, run the Jindal Global Law School, and will soon open the Jindal School of Government and Public Policy. Financed by profits from the software giant Infosys, the New India Foundation gives prizes and fellowships to social scientists.

Having worked out how to manage the government, the opposition, the courts, the media and liberal opinion, what remains to be dealt with is the growing unrest, the threat of “people power”. How do you domesticate it? How do you turn protesters into pets? How do you vacuum up people’s fury and redirect it into blind alleys? The largely middle-class, overtly nationalist anti-corruption movement in India led by Anna Hazare is a good example. A round-the-clock, corporate-sponsored media campaign proclaimed it to be “the voice of the people”. It called for a law that undermined even the remaining dregs of democracy. Unlike the Occupy Wall Street movement, it did not breathe a word against privatisation, corporate monopolies or economic “reforms”. Its principal media backers successfully turned the spotlight away from huge corporate corruption scandals and used the public mauling of politicians to call for the further withdrawal of discretionary powers from government, for more reforms and more privatisation.

After two decades of these “reforms” and of phenomenal but jobless growth, India has more malnourished children than anywhere else in the world, and more poor people in eight of its states than 26 countries of sub-Saharan Africa put together. And now the international financial crisis is closing in. The growth rate has plummeted to 6.9 per cent. Foreign investment is pulling out.

Capitalism’s real gravediggers, it turns out, are not Marx’s revolutionary proletariat but its own delusional cardinals, who have turned ideology into faith. They seem to have difficulty comprehending reality or grasping the science of climate change, which says, quite simply, that capitalism (including the Chinese variety) is destroying the planet.

“Trickle down” failed. Now “gush-up” is in trouble too. As early stars appear in Mumbai’s darkening sky, guards in crisp linen shirts with crackling walkie-talkies appear outside the forbidding gates of Antilla. The lights blaze on. Perhaps it is time for the ghosts to come out and play.

[This piece was originally published in the London-based Financial Times]