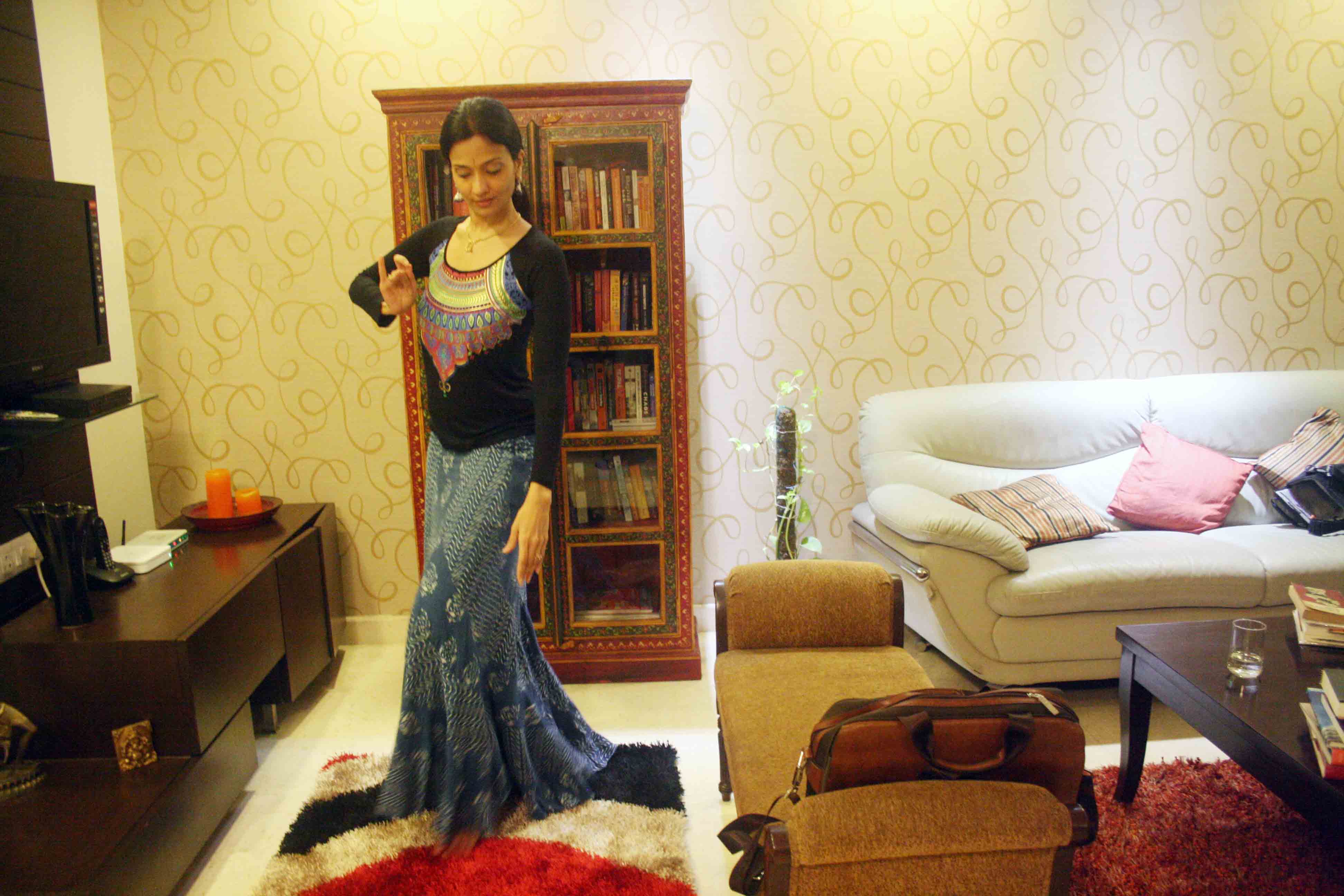 Wearing a flamenco skirt, she enters the practice room at her apartment in south Delhi’s Greater Kailash I, and breaks into the classical movements of Bharatanatyam.

Like most artistes, dancer Savitha Sastry believes she is different. Preparing for her new production, Soul Cages, Ms Sastry, 42, tells The Delhi Walla, “Unlike most Bharatanatyam performances, mine will have no romance and no yearning for Krishna or any other god, and trust me, you won’t miss anything.”

As I follow her into the living room, Ms Sastry says, “For too long, Bharatanatyam has been used to tell only particular kinds of stories, which are about pining for Shiva, or accusing the beloved Krishna of hobnobbing with other women, or killing demons, and that whole thing of good winning over evil. You are not telling even those stories honestly by having to cloak them under a cover of spirituality.”

This is rebellious talk coming from a woman raised in Chennai’s Mylapore, a conservative neighbourhood that Ms Sastry calls “the citadel of the Tam-Bram (Tamil-Brahmin) world, where mornings begin with the wake-up call of Carnatic singer M.S. Subbulakshmi’s Suprabhatham, devotional songs dedicated to lord Venkateswara of Tirupati”.

Soul Cages, an hour-long solo performance, opens with death, a taboo theme in Bharatanatyam, which characteristically ties the viewer to eternal auspiciousness. “We don’t know what lies on the other side of life. In my story, a six-year-old girl dies, make a transition to the afterlife and still remembers her time on earth.”

A graduate with a master’s in neurosciences from the University of South Florida, Ms Sastry says, “Life in the US can be very personal or very lonely depending on how you look at it. India, I find, is a myriad of sensory stimuli that seem to assault you at all times, sometimes leaving you energized and at other times exhausted.”

She says her narration in Soul Cages is designed for those who have no clue about Bharatanatyam. “The dance movements are always tightly connected with lyrics. But in my performance, the story is what the audience will go back with, without even consciously realizing that it was conveyed to them through the medium of Bharatanatyam.”

Is this Bharatanatyam for dummies? What about those who care deeply about its classical elements?

“I’m not compromising on its technical aspects. I’m respectful to Bharatanatyam’s precisions, fluidity and grace,” says Ms Sastry, who has performed in more than a dozen countries, including the US, England, Ireland, Switzerland and Australia. “Don’t misunderstand me. I’m convinced in Bharatanatyam. I’m not straying from the way it is delivered. I’ve spent many years trying to get technically competent. Now I’m trying to rise above that accomplishment by using it as a means to tell a story, not as an end in itself.”

To escape from Chennai, where Ms Sastry believes “Bharatanatyam is deeply entrenched in sanctimoniousness” and where she feared her work might be viewed unfavourably, she moved to Delhi in 2011.

“Delhi is cosmopolitan. Chennai is regional by comparison, where the essence of the Tamil and by this I mean the people, the language, and the culture, towers far above any other influence.”

Returning to her rehearsal, Ms Sastry says, “The dance starts in my head long before I even get to my practice room. On certain days the action takes place entirely in my mind, detailed to a level where I almost have a road map to what each movement is going to be. Then I do more than listen to music, I live in it. When I start rehearsing, I train my body to replicate that vision. Sometimes the body follows suit in a flash. Sometimes it takes a life of its own and the choreography morphs into another level. It is always exhilarating.”

Soul Cages will open in Delhi on 28 January 2012 at Kamani Auditorium. It will play at Bangalore’s Chowdiah Memorial Hall on 11 February; the Gyan Manch auditorium in Kolkata on 18 February; and the National Centre for the Performing Arts’ Dance Theatre Godrej in Mumbai on 10 March.‘

[This is the 53rd portrait of Mission Delhi project] In her own world No compromise on the technique Dancing in her head