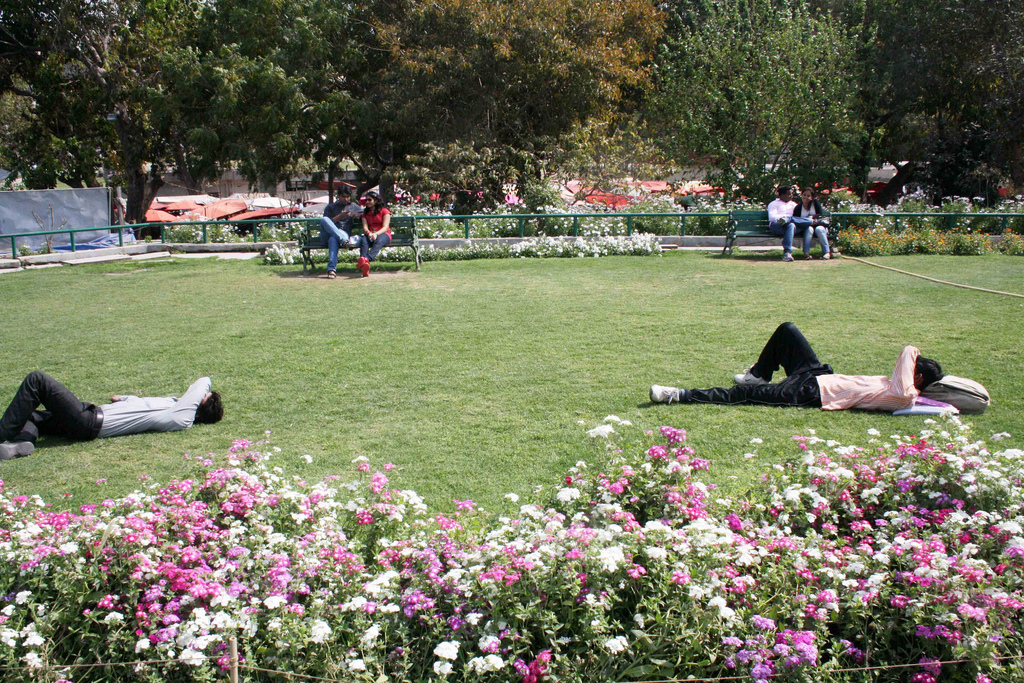 At last it is spring.

The Oxford English dictionary describes it as “the season after winter and before summer, in which vegetation begins to appear.”

In the West, this is the time when new leaves start appearing on trees that were bare in winter.

It is the other way round in Delhi. As spring begins, the leaves start falling from trees.

The trees are preparing for the summer.

Pradip Krishen, the author of Trees of Delhi, once told The Delhi Walla: ““For a tree to survive in prolonged drought, it needs to shut down. The best way for it to do that is to drop its leaves and stop transpiring water.”

One late afternoon in March I was walking in the colonial-era district of Connaught Place. The subway stairs were covered with fallen leaves. Pavements were lined with thousands of dead leaves, which had been gathered into mounds. The rubbish bins, too, were filled with leaves, along with soft drink cans.

These brown and yellow leaves had lost their softness and had become brittle.

In the park above Palika Bazaar parking, I found the flower beds washed in white, pink, purple, blue and yellow.

While the sky was whitish-blue.

The weather was neither warm, nor cool.

Two couples had claimed a bench each. Two loners were sleeping on the grass.

Look, O you inhabitants of earth
This is embellishment with a high profile

When verdure outgrew flowerbeds
It spread on water like a carpetpile

Nature has granted narcissus sight
To savour efflorescence all the while

Breeze is imply breathtaking
Is intoxicating like wine virile

Why shouldn’t world rejoice, O “Ghalib”
The king has recovered from a sickness vile

This is a short-lived delight.

“For me, there is something of a sad dichotomy about spring,” says Andrew Buncombe, the Delhi-based Asia Correspondent of The Independent. “The days are bright and clear, the evenings balmy and pleasant. But, after five years living in India, I also know that the long painful summer, with a blinding white heat utterly unknown in Britain and which drives one inside and fries the brains, is just around the corner.”

Summer, it seems, has arrived. The lemon drink vendors have pulled out their cold water trolleys that were gathering dust in the winter. The ice cream vendors, too, have emerged out of hibernation.

“As is the way with good things, spring is invariably the shortest of the seasons,” continued Ms Gokhale in City Improbable. “Delhiwallas have a short, glorious reprieve from the rigors of winter, and then April is upon us and a cruel, merciless summer begins its annual subjugation of the spirit.” Fallen on the stairs Stuck among the survivors