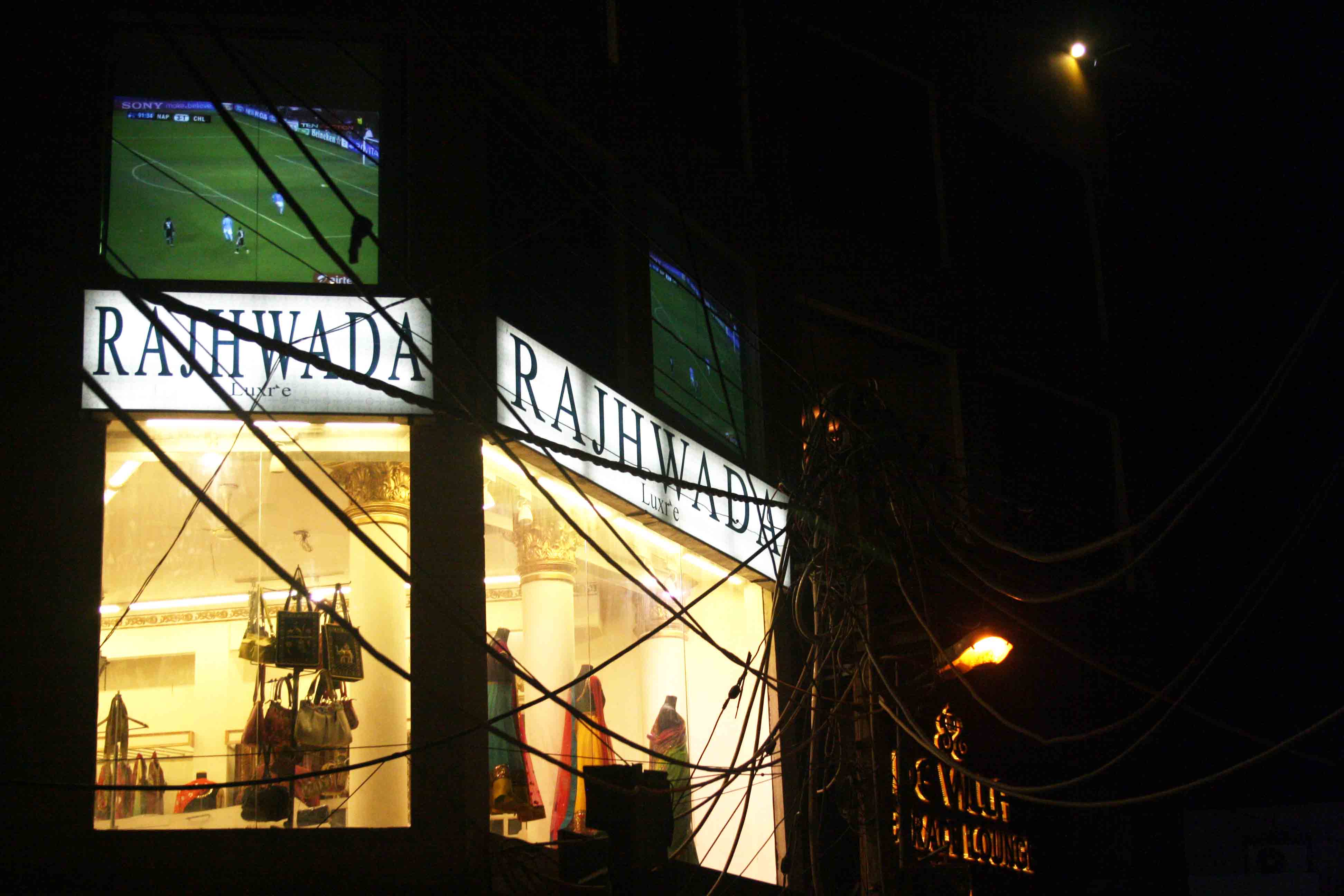 Hauz Khas Series – A House in the Village, Chapter 5 My landlord has asked for the phone number of my nearest kin.

If I suddenly die, whom would he call to dispose off the body?

He produces a form.

The landlord takes me along the village alleys, past boutiques, fashion houses and cafes. He owns another building where too the rooms are rent out to single people like me.

The landlord unlocks a door. The room is empty.

Here a tenant killed himself by hanging from a bed sheet. The young man was an engineer from Kerala. His neighbors called the landlord after a foul smell spread through the apartment complex one morning last week. Police was called. They looked through the ventilation window after which they broke open the door.

The young man, my landlord says, didn’t have any furniture. Not even a bed. He slept on a mattress. Sometimes he entertained friends in the evening.

The report of the death did not appear in newspapers.

His parents flew in from Kerala, and returned with his body and possessions.

I return to my book-filled room. There is one chair, one table, one bed and three bookshelves. I go to the balcony. It is evening. The sky is becoming black. The dome of Feroze Shah Tughlaq’s tomb is looking like its own silhouette.

I go down to the main street.

Four brown people are standing outside Yeti – The Himalayan Kitchen.

A notice board on the Bagel’s Café says: “Let’s keep our village clean.”

The street is blocked by a row of cars.

A well-dressed white man asks me the way to Gunpowder restaurant.

The electric signboards are advertising new landmarks of Hauz Khas.

Amour-The Patio Restaurant, Cafe & Bar; it promises “a spectacular sunset in the evening.”

Last night a cricketer threw a bash at a restaurant he recently opened in the village. The Page-3 section of a local daily wrote:

It was one party where cricketers gathered together not to play, but to enjoy and relax. It was the launch party of the restaurant De Villa, owned by cricketer Ashish Nehra and his brother Bhanu Nehra. The event, which took place at the restaurant in Hauz Khas Village, saw cricketer Virender Sehwag with his wife Aarti, cricketers Virat Kohli, Harbhajan Singh, and actor Rahul Dev among others.

Canapes, cocktails and ajwain-flavoured coolers did the rounds as Ashish’s brother Bhanu explained that the plush restaurant, commanding dramatic views of the historic surroundings, was a place to chill out. The cricketers had a great time even as we pined for good music and wished for some more women to lend color to what looked like a boys’ night out.

Further ahead on the top of Rajhwada showroom – just before The Living Room – I see something I hadn’t noticed before.

A soccer match in Europe is beaming live on two giant TV screens.

The view is amazing.

The new Hauz Khas Village – all of it crammed into these wide screens. The latest version has everything. And it’s unlike anything. The village is a TV