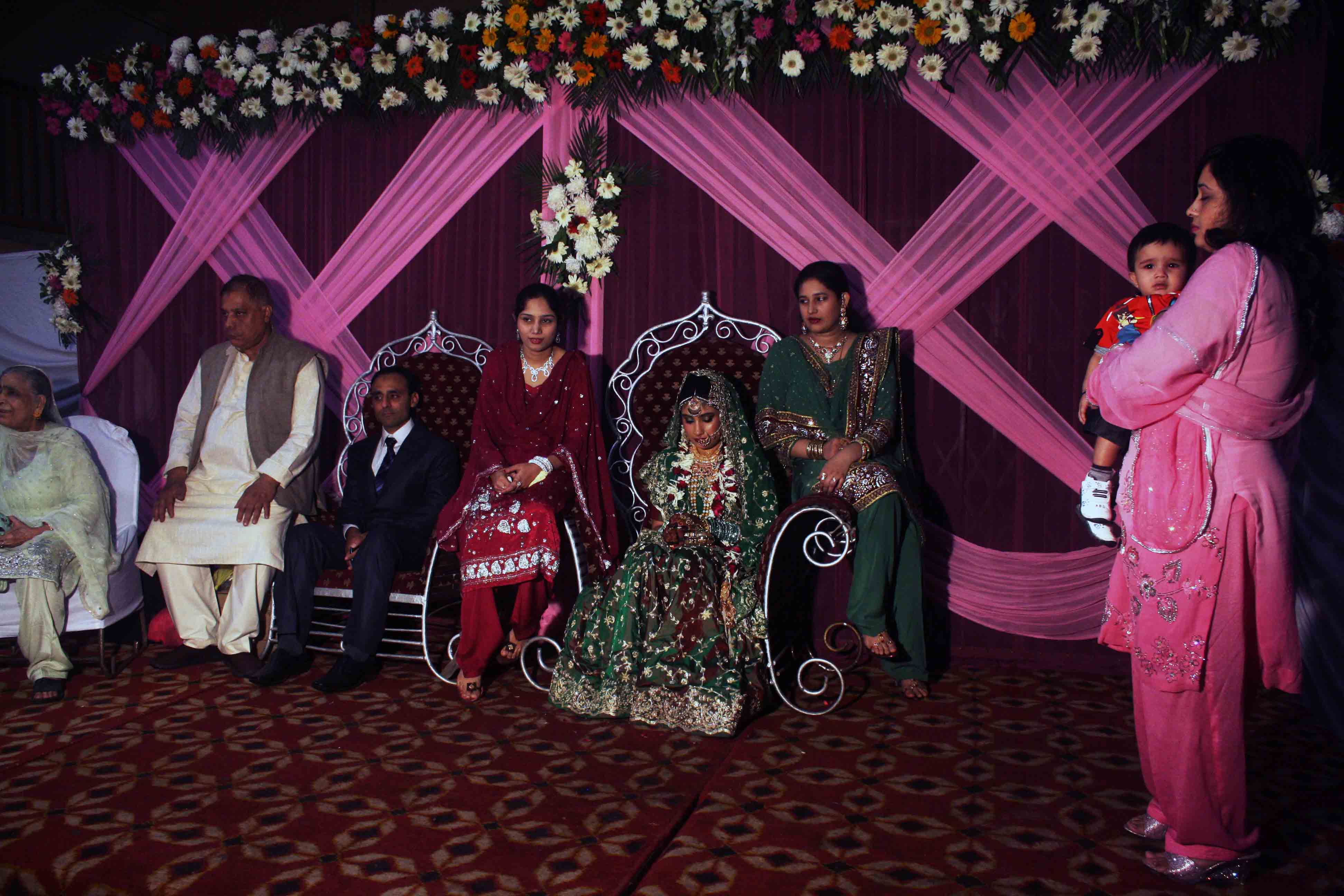 The guests arrived at the Mahavir Vatika ground in Old Delhi’s Daryaganj in cabs, in auto-rickshaws, and in buses. Some came from a distance of ten miles, from Gaffar Manzil, from Seelampur, and from Ghaziabad.

All the relatives of both families had been invited, quarrels between friends arranged, acquaintances long since lost sight of written to.

From time to time one heard the greetings of salaam walekum and mubarakbad.

Private cars would stop at the entrance and empty their loads. The women and their men would get off from all sides, rubbing knees and stretching arms. The ladies, wearing the mandatory dupatta or the veil, had put on dresses in the Old Delhi fashion; shararas, salwars, gold necklaces, red roses fastened down behind with a pin.

The lads, dressed like their abbas, seemed uncomfortable in their new clothes (some had their suits hand-sewed from the darzis of Chitli Qabar).

Often sitting beside their mothers were the girls of fourteen or sixteen, rubicund, bewildered, their hair greasy with oil, and very much afraid of dirtying their shimmering kurtas.

According to their different social positions the women wore saris and suits, and silk burqas. These clothes were redolent of family respectability, that only came out of the wardrobe on state occasions.

Each of the young man had just had his hair cut; ears stood out from the head. Many of them had been close-shaved; a few, no doubt too impatient while shaving, had diagonal gashes under their noses or cuts the size of a three-paisa piece along the jaws, which the cold November air en route had enflamed, so that the mischievous fair-complexioned beaming faces were mottled here and there with red dabs.

The bride sat on a throne. Her dress, too long, fell a little on the floor of the wooden stage; from time to time she bend down to pull it up. Very often, with her henna-dyed hands, she delicately picked off imaginary dust from the folds of her parrot-green sharara. As her newly wed husband, in a dark-blue suit, joined her on a similar throne to pose for the family photographer, she blushed, and did not know where to look.

Elsewhere, the other wedding guests talked of their business or about the national politics. Some women were silent, and looked angry and jealous. Two ladies were talking with their hand on their mouth.

The tables were laid under a white tent whose roof was decked with chandeliers of transparent glass. A cook from Galli Chooriwallan had been entrusted with the buffet. There was biryani, lal roti, korma, chicken kebab, fried fish, nihari, rogan josh, moong dal halwa, vanilla ice cream, milk coffee, Pepsi and paan. The roti was commissioned to the establishment of Chaudhary Mukhtar, the son of the legendary cook Kale Babu.

The guests ate beyond the midnight hour. Some children fell asleep under the seats. At one corner sat a French man of letters. He went unnoticed. The bride and her man returned home shortly after two in the morning. By now they must have set on a new life.