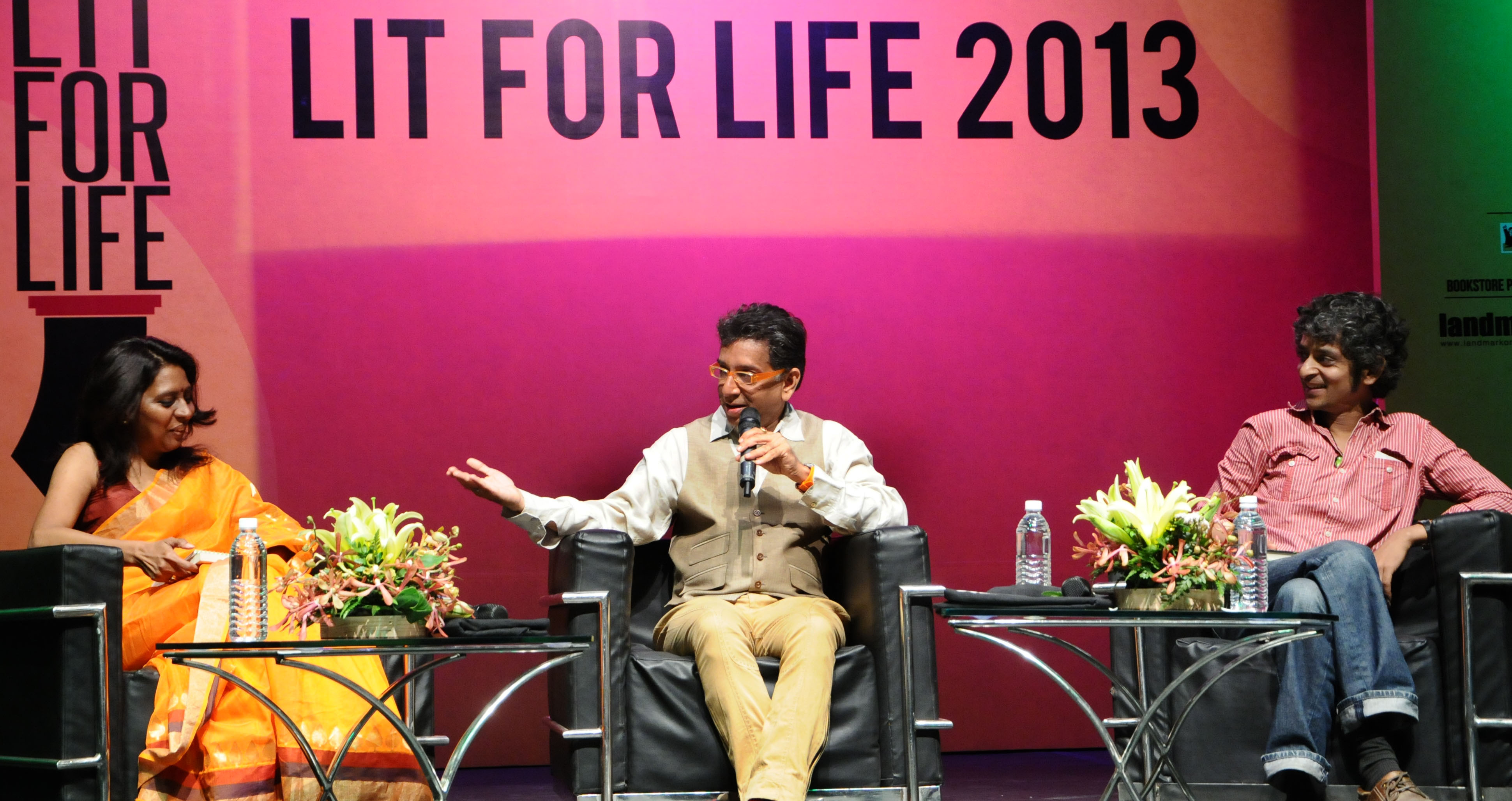 [Text and photos by The Hindu]

In February 2013, as part of the The Hindu Lit for Life literature festival, The Delhi Walla was invited to Chennai to talk about his book Nobody Can Love You More: Life in Delhi’s Red Light District. The Hindu later published a report on the said conversation. Click here to read it on the newspaper’s website, or see below.

The brisk session on ‘Mean Streets’ on day two of the Lit for Life festival on Sunday, suitably ended like any good discussion should – raising more questions than answers, contemplation, rather than consensus.

“When the author is dealing with material that is incredibly private, how does one get over the sense of the author as a voyeur,” asked Ranvir Shah of Mayank Austen Soofi, author of ‘Nobody can love you more’, a book about the lives of sex workers in Delhi’s red-light district and Meena Baghel, author of ‘Death in Mumbai’, which is a non-fiction account of the Neeraj Grover case.

“There is this one point in the book, where you say that you are not comfortable sharing the story or the history of your sexual life, and you are asking them about it,” Mr. Shah said.

Turning to the other panellist, Ms. Baghel, he continued, “and in the other book, there is death, a family’s trauma, a catharsis, somebody’s is in jail,” he said. “How do you deal with that?”

Ultimately, said Ms. Baghel, the one question that everyone wants to ask in a human interest story, and journalists are often made fun of for asking is, “How are you feeling?”

“The only thing you do over the years is develop a more sophisticated way of asking it,” she observed.

Mr. Soofi, who spent some years visiting the area before deciding to write on the lives there, said that he would only make general probes, and many times, the women would ask him not to note down certain details, and he would oblige.

While the changing equations between the men and women protagonists who came to make a life in Mumbai and their parents who live in small towns drew Ms. Baghel, a journalist, to write about Grover’s murder case, without the pressure of a deadline, Mr. Soofi became friends with the sex workers, their children and their lovers even before he decided to “capture the ordinariness of their extraordinary lives”, through both observation, note-taking and “drawing-room memories”.

However, what does the author’s gaze, constantly observing, deciphering, make of the world the people inhabit? The authors spoke of the dilemmas they went through, the importance of sensitive portrayals, being upfront on how the information sought would be used, and importantly how much of it would be used.

Despite that, said Mr. Soofi, “I think when you are writing a book about somebody else’s life, it is a little unfair, because it is my thought process at work and they have little control over it. I cannot be their voice.”