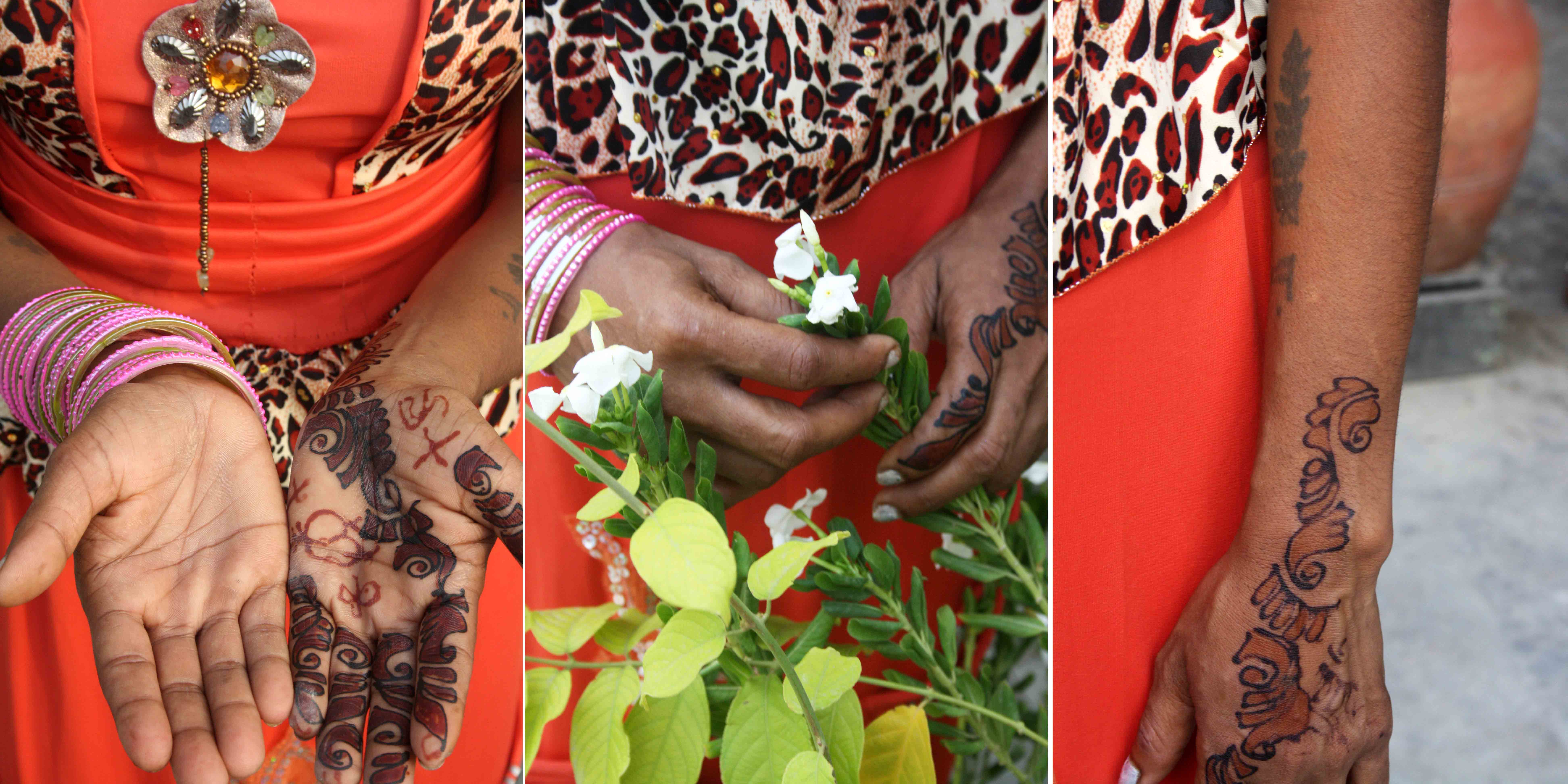 The Financial Express Review – On Nobody Can Love You More Sukalp Sharma discussed Nobody Can Love You More: Life in Delhi’s Red Light District, a book by The Delhi Walla in The Financial Express. Click here to read it on the newspaper’s website, or see below.

I STILL found myself coming to the kotha, fascinated by the ordinary aspects of the lives of people who, I think, have been shepherded by circumstances into living extraordinary lives. It was in an attempt to seek signs of normalcy in an ‘abnormal’ world that I started to work on this book.”

Mayank Austen Soofi is well known in the Delhi circuit for his guidebooks to the city and his blog. But the opening lines of this piece, borrowed from his latest offering, Nobody Can Love You More: Life in Delhi’s Red Light District, provide a pretext to his three years of following closely the lives of women who call GB Road home, well almost. The white-collared gentry is not unaware of this red light area, which to many represents a glaring eyesore in the heart of the capital. Usually, out in the so-called civilised part of Delhi, either people feign ignorance of GB Road’s existence, or talk in hushed tones about it. It’s not fashionable, and it’s filthy. That makes it easily forgettable. Notwithstanding, it still exists.

But Soofi knows there are people there. And where there are people, there are stories. In GB Road, like anywhere else, some stories are to be told, some are to be hidden and, of course, some are to be faked, to be imagined. Through his observational, simple, sensitive and humanistic style of narrative, Soofi attempts to get into the skin of Delhi’s sin street, telling stories of the sinners and the saints, as descriptions blur until they don’t matter.

Grounded in the geography of the area, Soofi’s book follows particularly the lives of sex workers of Kotha number 300. There are characters, vivid yet human, genuine yet fake. There is Sushma, there is Nighat, Sumaira, Phalak, Roopa, Sabir Bhai, his children, pimps, etc, and the biggest character of all, the street itself. Not to forget, Soofi, too, is a character here, the outsider who’s trying to make sense of an ecosystem that doesn’t suit moralistic societal sensibilities and yet is an attribute and a product of it. That explains his sporadic bursts of disgust, which are far and few and contradict the general tone of his writing, which is reflective of the close bond he forges over these three years with people he’s written about. “Suddenly, I feel revolted. By Sumaira, by the sickly sweet milky chai, by all the people in GB Road,” he writes. You can’t blame him, it can get overwhelming.

Nobody Can Love You More has an honest appeal that simply describes the lives, stories, emotions and feelings. The writing style is lucid and straightforward, fluctuating between an observational account and an inward-looking entry, which gives this work the look and feel of fiction, of a story. Of course, it is a story, many stories, in fact, but why should it mean that they’re not true?

Soofi jumps from a conversation with a sex worker on her life, her past, emotions and ambitions to very matter-of-fact details about how kothas survive and how the dhanda operates. The book also traces briefly the history and tradition of red light areas in Delhi, once thriving and even glorious, if one may say so, and now crumbling, forgotten, excluded. His interaction with author and former journalist Ronald Vivian Smith, who in his younger days had taken many lovers at the infamous street, peeps into the GB Road of yesteryears, when there were Persian carpets on the floor and chandeliers hung from the roof. “In those days, GB Road was not as unruly as it is now. The girls, the dancing girls, especially, were more charming and they were so beautiful, so romantic and coy. They looked like film stars. They wore saris…Now the women wear jeans. In those days they had innocence written all over their faces. They seemed to have come from good families,” Smith tells Soofi.

This conversation leads Soofi to Chawri Bazar, the pre-independence red light area of Delhi, which had had its own firm footing in the tehzeeb of Delhi from the Mughal era, when tawaifs also commanded respect. “One store owner tells me the bazaar has more than 500 (wedding) card shops. Another claims that it is Asia’s biggest wedding-card market. This is no longer a place fit for the dancing girls,” writes Soofi.

All in all, while Soofi’s writing is to an extent gripping, observational and intimate, it gets drab and a little too mixed up with the mundane and some of it could have been left out. A little more attention to editing would have been better. Credit to Soofi though for keeping the subject and the stories dignified. It’s not an extraordinary book, but good enough. But then, the narrative and the narrator seem comfortable with just straight stories, they don’t seem to be trying to be extraordinary. And why should they? As Soofi reflects at the fag end of the book, “In these three years in GB Road, have I recorded the truth? What if Sushma never met the man whom she says she loved and who died falling from a roof? What if her friend Chhovi was a fabrication? What if Roopa’s story about her husband is a lie? What if Sabir Bhai is not what he seems to be? Maybe it is better this way. It is fulfilling enough for a writer to get a sense of GB Road without stripping bare the lives of its people.”