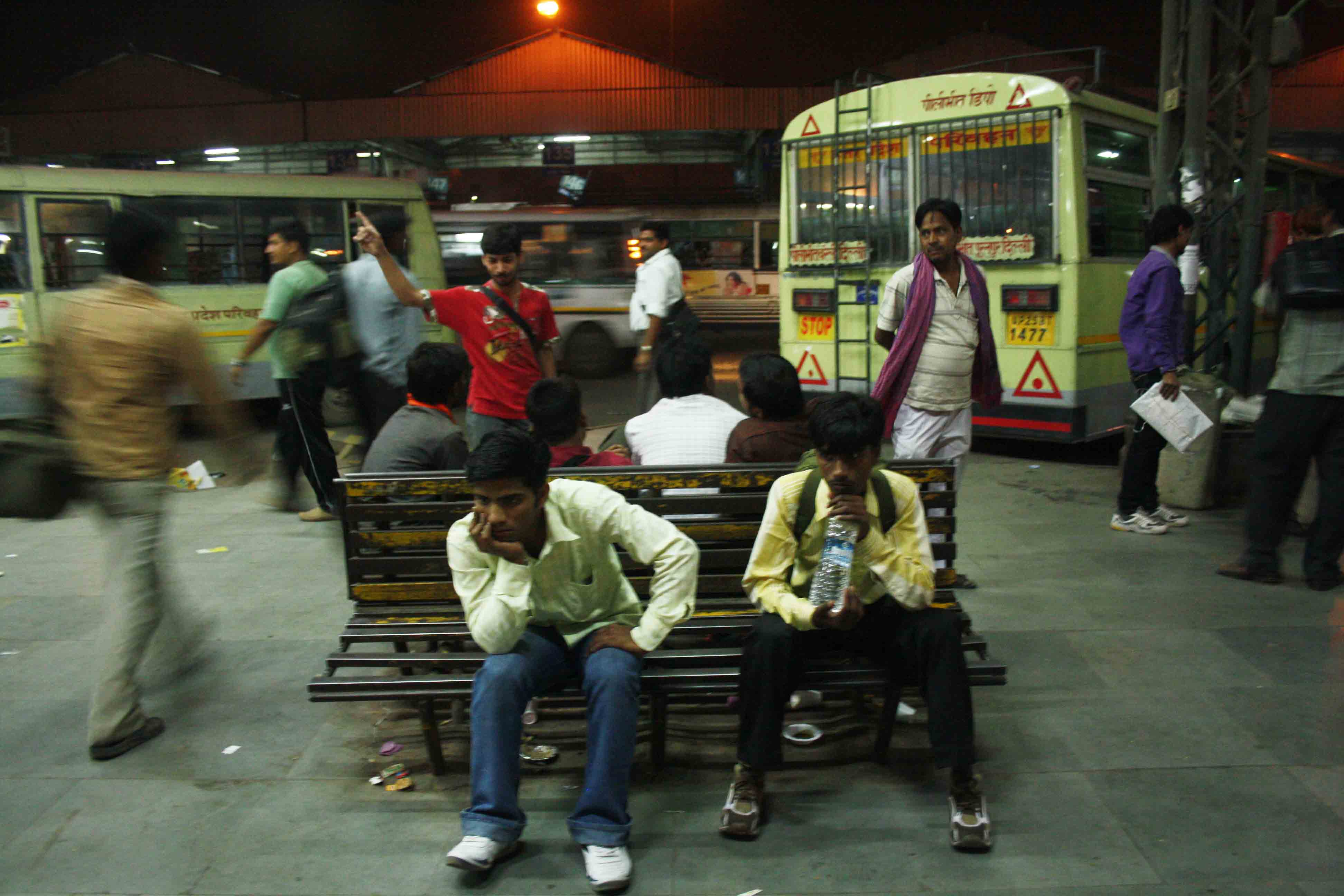 When buses will fly.

Delhi’s international airport is named after Indira Gandhi, while Maharana Pratap has to make do with its main inter-state bus terminus. Unfair?

Bus terminals, or bus addas, are not considered half as romantic as train stations and they lack the surcharged mood of an airport’s arrival lounge. They are our last resort—when the plane ticket is too steep and it’s too late to get a confirmed booking on the Shatabdi.

In April 2012 the aforementioned inter-state bus terminus (ISBT) momentarily grabbed the attention of Delhiwallas, who refer to it as the Kashmere Gate ISBT—it’s at a stone’s throw from the Mughal-era gateway. For the revamped ISBT reopened after an ambitious makeover by the Delhi Integrated Multi-Modal Transit System (DIMTS), a public-private venture.

The Delhi Walla spent time there on the first afternoon.

Half-expecting to step into a duty-free zone, I crashed back to reality at the sight of passengers and stray dogs lying sprawled on the floor, and the sound of ticket conductors shouting out mofussil names like Barnala, Moga and Pathankot (in Punjab) and Kotdwar (Uttarakhand).

Although the building came up in 1976, the terminus originated during the 1960s, “when it was just a large hole where long-distance buses parked themselves on entering Delhi”, according to a retired engineer from Rampur (Uttar Pradesh) who regularly passed through the Capital on way to college in Pilani, Rajasthan. Today, buses here do 1,000 trips a day and it connects 10 state transport departments, including that of Jammu and Kashmir.

The country’s oldest and largest bus terminus, the ISBT not only sprawls over 50,000 sq.m of real estate, but also occupies a place in the hearts and memories of many Delhiites who would take inexpensive late-night buses from here for hippie havens such as Dharamsala in Himachal Pradesh. It has also featured in many books, mostly by travel writers trying to X-ray Indians by probing our bus adda manners on hot summer nights (Pankaj Mishra’s Butter Chicken in Ludhiana: Travels in Small Town India, for instance).

The scale of operations of Delhi’s other inter-state bus terminals is much smaller but each is richly pickled in its own special ambience.

Bleak and expansive, the terminus at Sarai Kale Khan, off Ring Road, faces a ghetto that frames the rear view of upscale Nizamuddin East. Passengers squat on the floor amid sacks, suitcases, babies and chickens. The buses, always filled beyond capacity, go to Mathura and Agra in Uttar Pradesh, Dausa and Tonk in Rajasthan, and Bhind and Morena in Madhya Pradesh, the latter once the land of dacoits such as Paan Singh Tomar. But who was Kale Khan—nobody at the bus terminus seemed to know.

Comprising a series of tin sheds teeming with people and rats, a large terminus came up in east Delhi’s Anand Vihar in 1996 to ease the pressure on Kashmere Gate. Buses from this terminus go to Uttarakhand and Uttar Pradesh. You could compose a nursery rhyme by reading aloud the signs pasted on their windscreens: Etah, Etawah, Atta, Orai, Auraiya, Khurja, Kasganj… The solitary bookstall has Hindi translations of Shakespeare and Tagore; Premchand shares space with Sexy SMS Jokes. “That’s a medical book,” the bookseller tells me when I pick Sex Guide.

There are no naughty books at central Delhi’s Bikaner House. A boarding point for Rajasthan-bound passengers, it has a garden with palm trees and a peacock. The waiting lounge has a large, plasma flat-screen TV. A bird is chirping somewhere—it’s the evening hour—and a woman is walking with a loaded baggage trolley, the kind seen at airports. She is heading towards a Volvo. The bus has Jaipur’s Hawa Mahal painted on it; the glass windows are wide and the passengers inside are looking as relaxed as if they are in a hotel lounge.

It’s unfair and impractical to expect the busier Kashmere Gate to be similarly urbane, but it’s trying.

Things change and remains the same