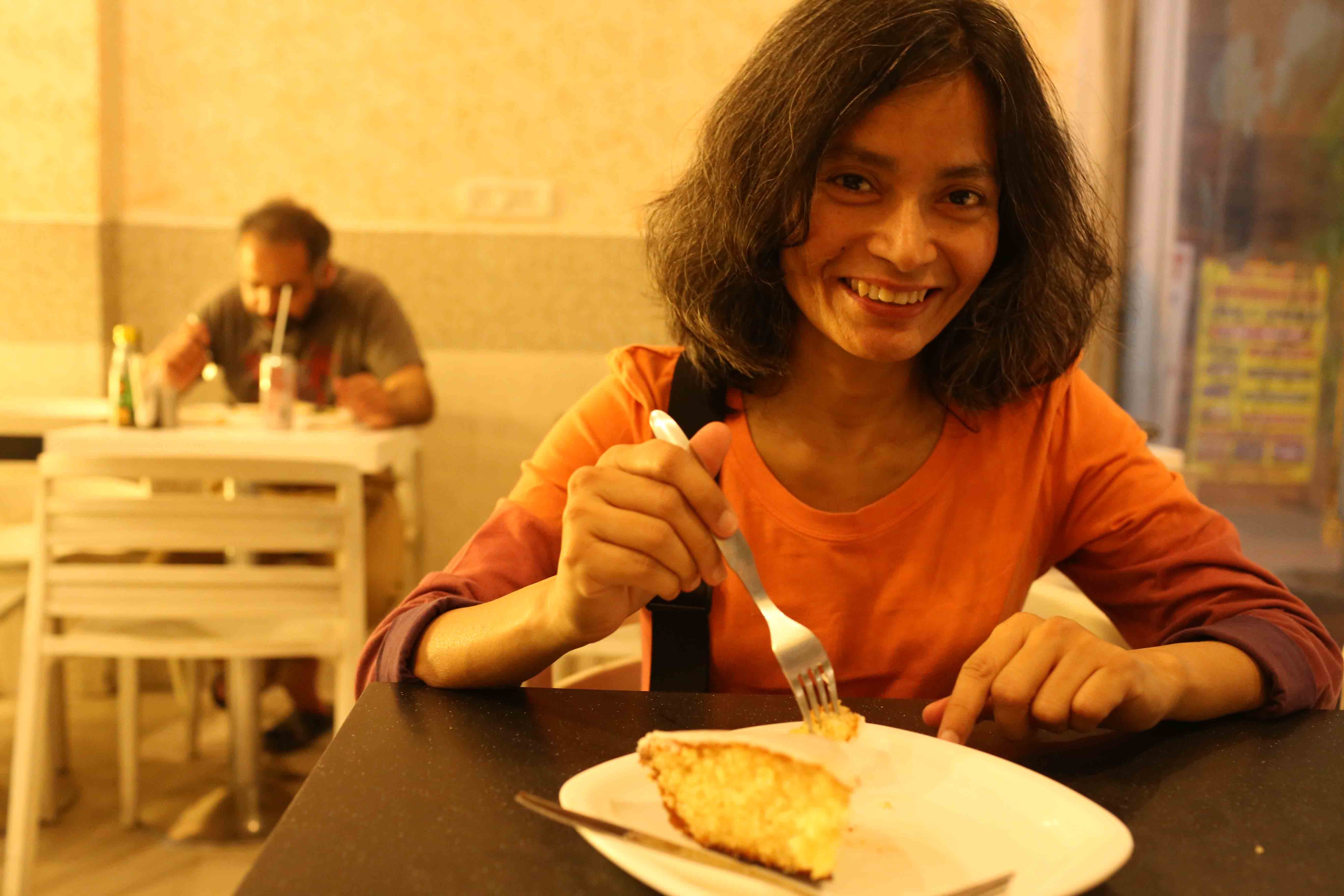 The Proust Questionnaire represents a form of interview that owes its structure to answers given by French novelist Marcel Proust, the author of In Search of Lost Time, at two birthday parties that he attended at ages 13 and 20 in the late 19th century.

In 2013, The Delhi Proustians takes Les confidences de salon (Drawing room confessions) around the city to explore people’s lives, thoughts, values and experiences. This series involves interviews across Delhi and is conducted by writers Manika Dhama and Mayank Austen Soofi.

For the fifth instalment in the series Delhi’s Proust Questionnaire, editor and journalist Sanchita Guha made confessions to Mayank Austen Soofi. We met at Appetite German Bakery in Paharganj.

Your favorite virtue or the principal aspect of your personality
Straightforwardness; the ability to decide quickly and act fast; and a knack for reading people accurately

Your favorite qualities in a man
Good taste, good manners, good grammar – all three are inter-related

Your favorite qualities in a woman
A degree of fearlessness / willingness to take risks; and a lack of stupid ideas about what it means to be feminine

Your chief characteristic
Independence – of body, mind and soul. I can easily spend a lot of time in my own company; I like doing things for myself; I have an almost unshakeable self-confidence; and I trust my own opinion, which is seldom rash. All this does not necessarily make me popular, but it makes me resilient, which is better than being popular

Your main fault
I get very angry, very quickly. Though it is never without good reason, some things are perhaps too petty to merit so much attention, as it seems in hindsight

Your favorite occupation
Travelling, and also reading and writing about it. Even better if I get paid for it, too

Your idea of happiness
Living in a clean environment, with plenty of trees; seeing kindness to animals all around; having enough time and money to travel; walking around the old quarters of a well-preserved city with much history, e.g. Prague

Your idea of misery or what would be your greatest misfortune?
Being forced into the company of those I have nothing in common with. An example: Journeying through a most magnificent place, but stuck in close confines with the most unsuitable bunch of people, especially when they start a long and loud conversation about their cell phone signal, or the lack thereof. This has actually happened to me. Just like a bad marriage, only much shorter, thankfully

If not yourself, who would you be?
A tall, slender person who is a maths wizard and knows karate. The owner of a beautiful bungalow on a hilltop in the Himalayas. Ideally, both of the above

Where would you like to live?
Barcelona, for its air of leisure, great food, and friendly and genuinely stylish people

Your favourite colour and flower
Black, because it is super-smart. Yellow rose, for the way it reflects light

Your favorite bird
The night owl. It looks supernatural and is a fantastic hunter

Your favorite heroines in fiction
Jane Eyre (by Bronte), Elizabeth Bennett (by Austen)

Your heroes/heroines in real life
Subhash Chandra Bose, if you mean a national figure. In everyday life, I think of dedicated forest rangers in Africa and India as some of the heroes/heroines of the planet

What characters in history do you most dislike?
Adolf Hitler, not just for his persecution of the Jews, but also for organising it so efficiently that it has taken attention away from all other massacres. Leopold II of Belgium was practically the founder of 19th century slavery after he took over Congo, and he possibly killed 15 million people, but the African victims are rarely talked about

Your heroines in World history
Marie Curie, Indira Gandhi, Elizabeth I of England

What do you hate the most?
Cruelty to animals and children. A mindless, pointless war

The military event you admire the most
The battle of Imphal and Kohima between the British and the Azad Hind Fauj-Japanese army combine. Though the Indian side lost, it showed the British what they were up against

The reform you admire the most
Project Tiger, because of its impact on the overall conservation efforts

The natural talent you’d like to be gifted with
Painting. I do have a little talent, but not enough

How do you wish to die?
On a trip somewhere, far away from anyone I know. And an instant death, please

What is your present state of mind?
The usual: slightly tense and belligerent about various things, but quite aware of my blessings

Faults for which you have the most tolerance
An inability to do something fast, as long as the person does it well; a thick vernacular accent while speaking English, as long as the words themselves are intelligent and articulate