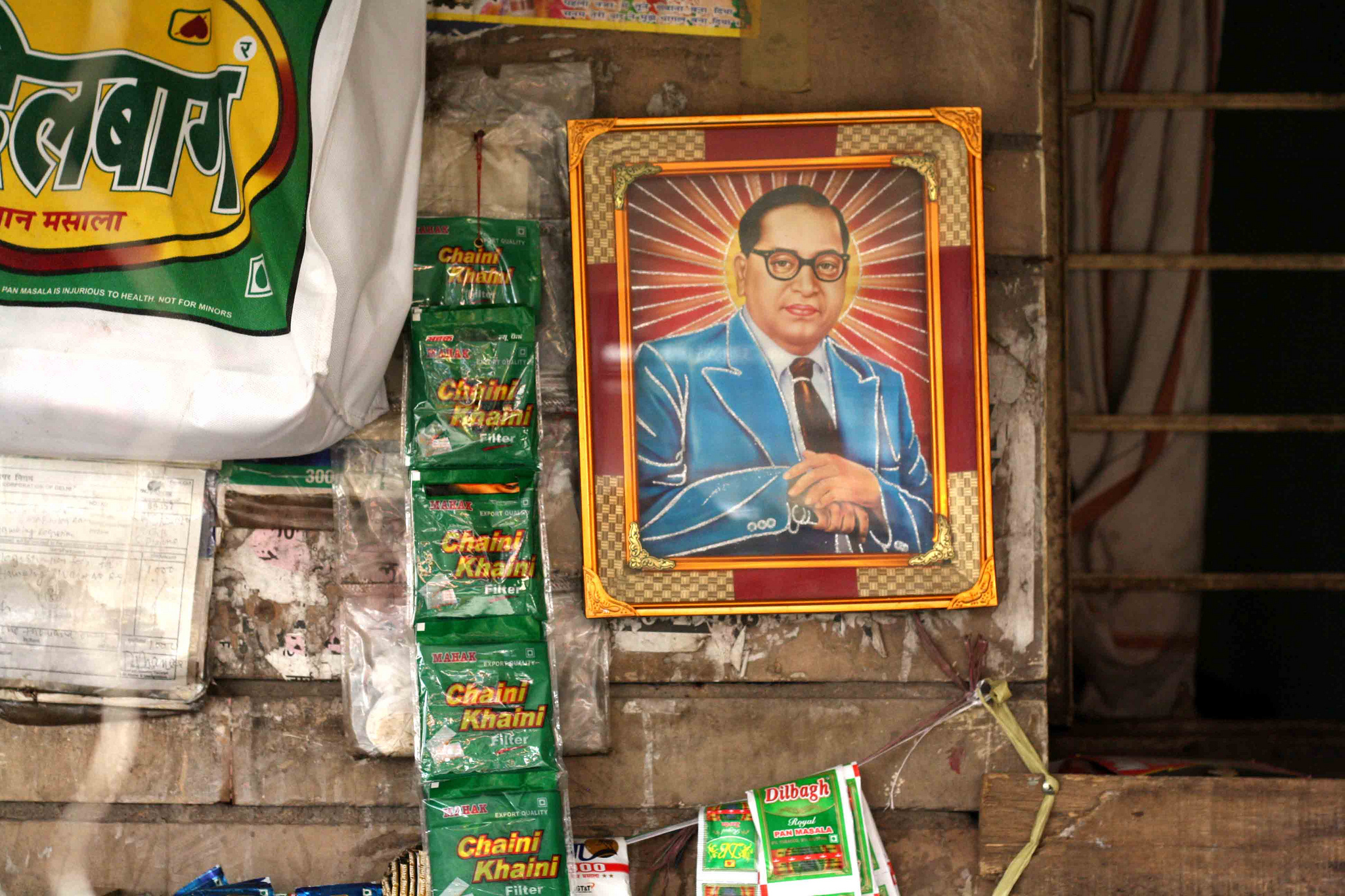 The progress of touch.

One Sunday, while walking in north Delhi, The Delhi Walla came across a bungalow on Alipur Road, now Sham Nath Marg. It was the memorial of Bhimrao Ambedkar, the leader who championed the rights of Dalits.

Spread over 3 acres, this was Mr Ambedkar’s last home.

Close to the University of Delhi, the house belonged to the raja of Sirohi, Rajasthan. Purchased by an industrialist, who demolished the original building to make a new bungalow, it was acquired by the government in 2003 and declared a national property.

I was the only visitor that time of the day. A board outside the museum said: “Please remove your shoes.” Museums dedicated to Mahatma Gandhi (such as the National Gandhi Museum near Rajghat) and Jawaharlal Nehru (Teen Murti Bhavan) do not ask the visitor to remove footwear. While the stature of upper-caste figures may have developed cracks over the years, the reputation of their Dalit counterpart has grown sacrosanct.

In a book that I recently read — Ambedkar’s World: The Making of Babasaheb And the Dalit Movement — American scholar Eleanor Zelliot shows us the world to which Mr Ambedkar belonged and the worlds he altered. Written as a thesis in 1969, it was first published in book form in 2004 under a different title, and has been issued in a new edition.

Each of us who wishes to understand castesism in India must read this book. It affected me so deeply that I travelled across Delhi in search of Mr Ambedkar’s statues and portraits – and I saw so many of them (see below).

Mr Ambedkar was born to the Mahar caste, the largest Dalit group in Maharashtra. Mahars, as Ms Zelliot illustrates, were widespread and the caste name became a synonym for Dalit. With their living quarters set apart from the rest of the village, they served government servants, tracked thieves, swept lanes, participated in the travelling Tamasha entertainment, chanted Tukaram’s verses, carried death messages, handled dead cattle and brought fuel to the cremation ghat.

A 19th century Marathi-English dictionary defined a crow specie as maharkavla because the black bird “frequents cemeteries and is foul and nauseating”.

The arrival of the East India Company changed the community. Many Mahars were absorbed in the railways as gang labourers. By the end of the 19th century, they were holding menial jobs in the mills of Solapur, Nagpur, Akola and Bombay. A great number took up dock labour in Bombay. The most upwardly mobile shift ensued when Mahars started getting jobs in the British army and British households, thereby exposing them to a different world view and to the English language.

Mr Ambedkar’s family, too, had gone up in life by the army route. His father was an army subedar and his mother the daughter of a subedar major, the highest non-commissioned grade an Indian could attain in the army.

Born at the cantonment in Mhow, present-day Madhya Pradesh, Mr Ambedkar had his early school education under the guidance of a Brahmin teacher who, as Ms Zelliot tells us, loved him but never touched him. The second Mahar to pass the Bombay University matriculation, he graduated in English and Persian; he wanted Sanskrit, but it was prohibited to him. A scholarship facilitated higher studies at Columbia University, US, and the London School of Economics in the UK.

On his return to India, the daily indignities due to his origins continued. At his office in Baroda (now Vadodara), peons kept files on his desk from a distance and the upper-caste officers at the club hinted that he be served in the corner by a Muslim servant.

The final blow came with a housing crisis, which forced Mr Ambedkar to leave for Bombay, where he “began in earnest the dual work of reform and organization of the Mahar caste and representation on behalf of the Depressed classes in general to the government”.

Mr Ambedkar’s intellectual profundity couldn’t have confined his energies to his own caste group. By the mid-1930s, Ms Zelliot writes, he had aligned the Mahar movement’s struggle for rights with the Western ideals of “Liberty, Equality, Fraternity”. Through conferences, movements, speeches and articles, he created a network of discriminated communities to articulate a freedom struggle whose substance was different from, and perhaps more important than, the one against the British, led by Mohandas K. Gandhi.

To Mr Ambedkar, his freedom would have remained elusive within the folds of Hinduism. At a large gathering in Nagpur in October 1956, a Burmese bhikkhu converted him to Buddhism. The city was virtually taken over by white-clad fellow converts, most of them Mahars. On 6 December that year, Mr Ambedkar died.

The pity of it all is that caste prejudices are so deeply entrenched in the Indian imagination that conversion does not make much difference. There are churches in south India with separate pews for Dalit Christians. Ms Zelliot concludes by telling us Indians to take pride in this movement for a just society that is still in the making. But to be a part of our continually existing barbaric social order, I have only shame.