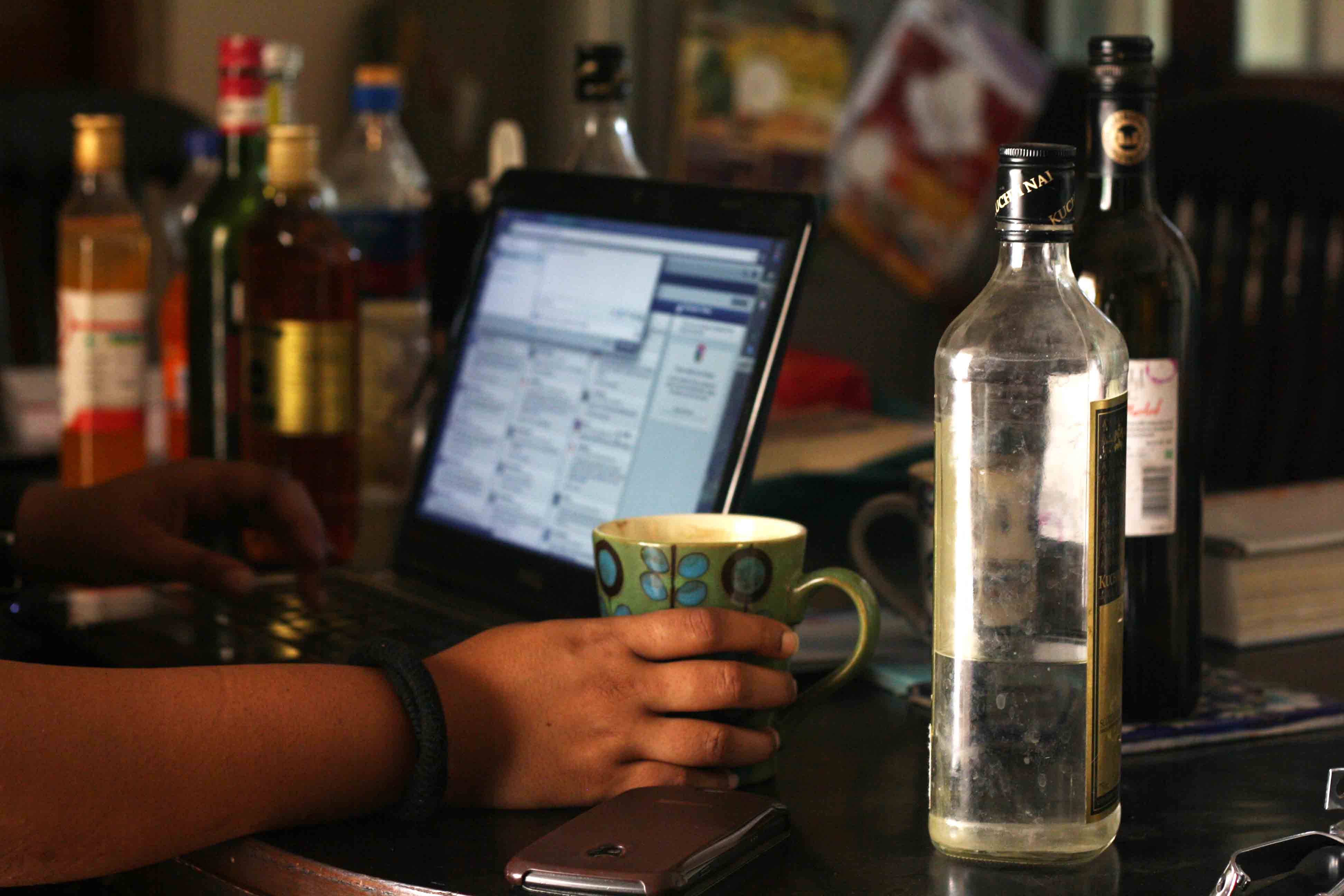 This 32-year-old anonymous woman has a reputation. Since July 2014 she has been regularly dating different men — a few of them even visiting her south Delhi pad.

The curious thing is that many people in this city and beyond keep themselves updated with her private adventures. That is because she is telling it all on her blog 50 Dates In Delhi, a self-proclaimed experiment in social anthropology in which she plans to date 50 men. “The goal after all,” she says in a cheekily written post, “is to see if there are 50 men I could go on one date with.”

The woman met one more man on a Saturday afternoon recently at a restaurant in south Delhi’s Basant Lok Market. The rendezvous lasted 2 hours. She wrote later: “As I’m walking past The Piano Man (restaurant), I look inside to see if I can see him. There’s a guy sitting by himself at a table — white shirt, unruly hair, very very thin. Bingo, I think to myself as I go around to the door. I walk in, walk up to him and introduce myself. He’s really very thin! He stands up and shakes my hand and invites me to sit. Immediately he leans in to engage with me and we start talking. He seems a little high strung, which I expect, and English is not his first language. This doesn’t stop him from expressing himself though, and he launches into a very engaged conversation with me about my whole project. He leans forward and leaps onto details of what I say, always with more questions, which means we go on so many tangents that I think his first question is only fully answered after an hour”.

That “high strung” guy is The Delhi Walla. The woman emailed me the above observations to show a sample of her anthropological analysis.

The woman and I had planned this date a week in advance. She permitted me to write about her on the condition of not disclosing her identity. Waiting in the glass-walled restaurant, I saw her walking to my table in a pair of pink shorts. Totally relaxed, she held my hand in a firm grip, and cheerily shook it. As we sat down, I noticed she had two earrings on one ear and only one on the other, and she wore a polo shirt with a frank décolletage.

The first question I asked the woman — which set us off on so many tangents — was “Why be faceless and nameless in the blog?” She is not doing something outrageous. Thousands of women date men, often different men — at least in our big cities. What’s there to be ashamed about?

“I’m not ashamed,” the woman said, leaning over her plate of moussaka and garlic toast. “All the guys whom I meet know me by my real name. Most people in my office know about my blog and they love it. My roommate knows about my project. So do most people in my family. I’m just afraid of some random guy trying to stalk me…you cannot rule out such a thing in this country.”

The woman, however, has uploaded her photos on her profile page on Okcupid.com, the dating website on which she initially interacts with potential dates. One picture has her waving the Indian flag on a street in Frankfurt, Germany. In another, she is seen posing with her neutered cat.

The woman has dated 14 men in three months; she meets them in restaurants and bars where she doesn’t insist on paying the bill. Sex is never on the agenda during the first encounter, although she ended up kissing at least one guy.

Hailing from a Tamil-Brahmin family, the woman works in a senior position in one of India’s most prestigious publishing firms. Her father, who retired as a chemical engineer, obtained his MBA degree in Europe; her mother, she said, was India’s first female “earth scientist”. The parents live in a south Indian metropolis. The woman’s elder sister is married and settled in the US.

An English literature graduate from Delhi’s St Stephen’s College, the woman lived for two years in New York. Speaking of her background, she said, “Ours was not a typical Indian household. We spoke English at home and rarely did anybody in the family listen to Bollywood songs. My parents had a love marriage. In fact, when I was growing up, I had more in common with a typical American teenager.”

Yet, when she was in her 20s, she asked her parents to find a boy for her. “They started to laugh and assured me that marriage would happen in time,” she said.

So far the woman has had only one serious relationship that began and ended in her late 20s.

“When I turned 30, I again asked my parents to look around. They tried but it’s an alien process to them. Nobody has had an arranged marriage in my extended family. Even my mother’s mother had a love marriage.”

On the irony of an independent strong-willed single woman having to resort to her parents to find a life companion, she said, “I was looking for a boy on my own…but I was trying all the options I had, and one of them was arranged marriage.”

Sharing her feelings about matrimony, the 50-dates woman said, “I’ve been dreaming of getting married and having babies since I was 15. But at this point I don’t think marriage is going to happen. I think there is an age band in which people hook up and settle down…in India, the upper limit for a woman is 28. It is not easy to accept the reality that I have missed the bus. I no longer think of marriage as an entitlement or a promise given to me. But I will find new dreams.”

Indeed, the word “marriage” doesn’t appear on any of her blog-posts.

Earlier, the woman would not consider any boy as a probable suitor if he were not at least four years older than her. He also had to be considerably tall (6ft was the ideal) and had to share her passion for Latin America. Being a “Tam-Brahm” (Tamilian-Brahmin) was a plus point.

“I have developed a better sense of connecting with people,” she said. “The really important element of a relationship is believing that your partner would never try to destroy your life.”

It was then that we noticed a spectacled young man sitting next to our table. Dark and tall with athletic legs (he was in khaki shorts), the man was industriously tapping on his laptop. Though there was no visible caste mark on his forehead, and no Brahmanical thread showing under his shirt, one couldn’t rule out the remote possibility of him being a Tam-Brahm. Would the woman like this man to email her for a date?

Throwing a quick sideward glance at him, she said with a big smile, “Why not?”

[This is the 93rd portrait of Mission Delhi project]