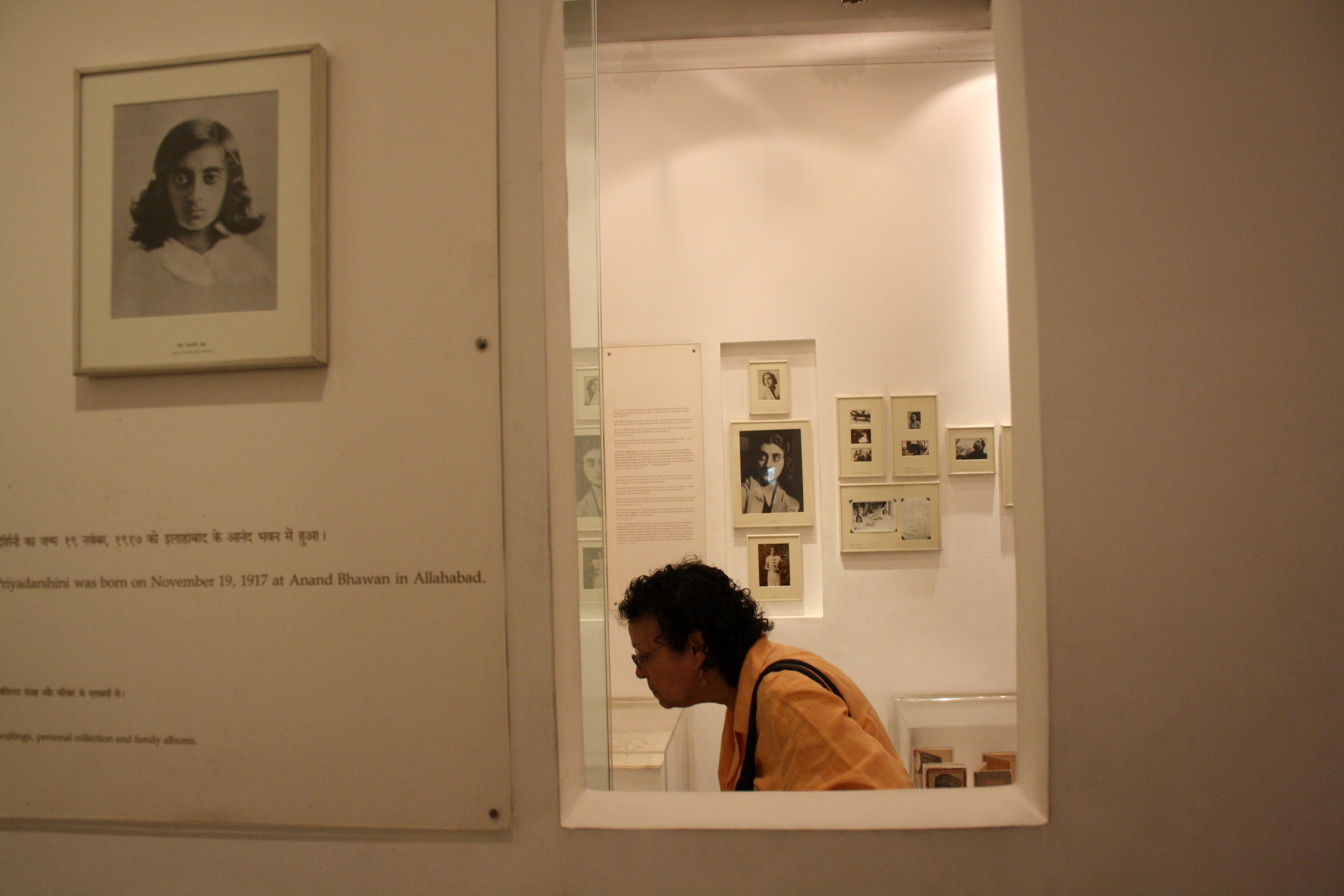 One small group of women is wearing saris, Gujarati style. Another group is chattering in Bengali. A third group of women, with jasmine flowers in their hair, is clearly from the south. A barefoot man in a yellowing dhoti could be a farmer from any village in India.

This diverse crowd walks wide-eyed in a white bungalow on central Delhi’s 1, Safdarjung Road. Former prime minister Indira Gandhi lived in this house for 20 years, until her assassination in 1984. It is now a memorial to her.

Such conversion might never happen again in Delhi. “Henceforth, no bungalow shall be made available for memorial for any person,” Arun Jaitley, a cabinet minister in the Narendra Modi government, declared in late 2014.

It’s not just Indira Gandhi’s residence that has been firmly set in the past, but perhaps her legacy too. The year 2014 proved to be her annus horribilis. The Congress party she led suffered its worst defeat ever in a general election. Sonia Gandhi, her daughter-in-law and party president, has severely curtailed her activities, reportedly due to poor health. Elder grandson Rahul, the party’s vice- president, is routinely mocked for his supposed naivety. Younger grandson Varun is a member of Mr Modi’s Bharatiya Janata Party. Grandson-in-law Robert Vadra is embroiled in controversial land dealings. And October 2014 was the first time in many years that the Prime Minister failed to visit Indira Gandhi’s riverside mausoleum on her death anniversary — Mr Modi is India’s first non-Congress prime minister in a decade.

Yet the historic magnitude of the regime change in Delhi is barely perceptible at the Indira Gandhi Memorial. Its 10,000-a-day visitor numbers have not dropped, say security personnel.

A senior officer, who did not want to be named, says the glass-barricaded rooms are cleaned every Monday, the weekly closing day. The keys to the rooms, he says, are with Sonia Gandhi, who heads the privately run Indira Gandhi Memorial Trust that looks after this property. “Madam herself supervises the cleaning,” says the officer. “Madam takes a personal interest in the dusting of every artefact and furniture item.” He says she occasionally visits on other days too, but only in the evenings, after visiting hours. Suman Dubey, trust secretary and a friend of Sonia Gandhi, confirmed this to The Delhi Walla.

A short walk away sits another bungalow-turned-memorial. Mohandas K. Gandhi was assassinated there in 1948. While admission to both memorials is free, and Mr Gandhi inarguably commands a taller stature, it is Indira Gandhi who gets the bigger crowd.

Entering the Indira Gandhi Memorial, Vidya Patil, a microbiology professor from Raichur in Karnataka, says: “We started with Birla Mandir. We will next head to India Gate.” She has no plans to visit Gandhi Smriti, or any of the other half-a-dozen bungalows-cum-memorials in the area.

The house was opened as a memorial by Indira Gandhi’s son Rajiv, then prime minister, in May 1985. While most of the rooms were left unchanged, some were altered to make space for newspaper clippings, old certificates, medals, framed pictures and other Nehru-Gandhi souvenirs.

Today, the legacy of Indira Gandhi and her heirs lies preserved in this colonial-era bungalow.

For a family said to be fiercely protective about its privacy, it must have been distressing to make public its most personal spaces. Any common man can now see Indira Gandhi’s boudoir, with her dressing mirror, her Estée Lauder make-up base, her jewellery box, her handwoven saris and her shoe collection.

The plaque outside the dining room propagates a nationalistic and closely-knit family image of the household: “Despite her heavy schedule, Indira Gandhi would normally join her immediate family for meals around this table. She would recount stories of her youth, recall the days of India’s struggle for Freedom, make observations on her day-to-day experiences, on places she had visited and interesting people she had met. She would play educational games with her grandchildren Rahul and Priyanka, quizzing them on geography, Indian history, the names of trees, flowers and animals, making learning enjoyable for them.”

Troops of mainly domestic tourists peer reverently through the glass walls that separate them from these rooms. Many of the sightseers choose to be barefoot. This tradition of respect became a serious problem when piles of shoes and slippers started blocking the entrance. The administration had to tell tour operators to ask passengers to leave footwear on the bus.

But a family of four has not left their shoes in the coach parked outside. Manoj Patel, his wife and parents are from Rajkot in Gujarat. A Modi enthusiast, Mr Patel says, “Modiji is the right leader for India today and Indiraji was our best choice in her time.”

Although not its planned intent, the memorial is also a monument to New Delhi’s Lutyens’ bungalows. Mostly occupied by politicians and bureaucrats, these houses are otherwise barred to us. They have wide verandas and high ceilings, and their manicured gardens could happily occupy a botanist for hours. The Indira Gandhi Memorial has more than 400 trees, including tamarind, gooseberry and jamun (Indian blackberry). The garden at the back has a lily pond. One evening, a peacock could be seen perched atop the main gate of the memorial.

A small bazaar has also sprung up on the road outside, with vendors selling tea, chips and laddoos. The members of the exclusive Delhi Gymkhana Club, just across the road, are greatly troubled by the crowds, especially on weekends.

Indira Gandhi was shot by her bodyguards within the grounds of her house. Standing behind a turbaned sentry, Vidya Patil, the professor from Karnataka, looks at the sheet of clear glass that marks the point where she fell, bleeding. “Mrs Gandhi had a strong character,” she says. “Despite being a woman, she controlled this country for so long and so strongly. Some people say she promoted her family but all of us want to have a better future for our children.”

It is late afternoon. A bus stops outside. The doors open and travellers cascade out barefoot. The coach has a West Bengal registration plate.