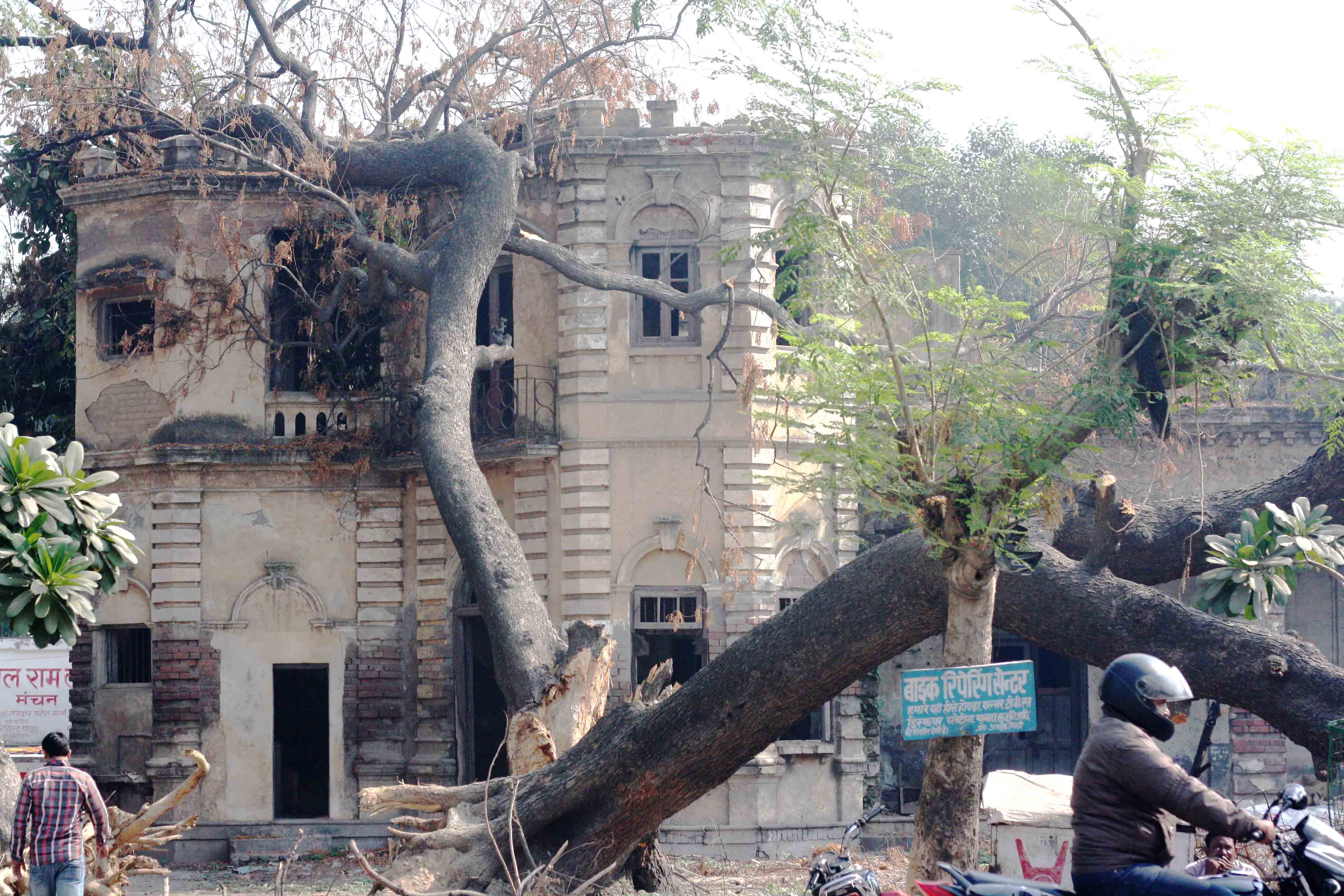 Allahabad is the land of the Sangam. This meeting point of the Ganga, Yamuna and mythical Saraswati rivers in eastern Uttar Pradesh has been attracting pilgrims for centuries.

But one should also make a pilgrimage to Allahabad to see its Raj-era bungalows — those crumbling mansions so atmospheric, so superior in beauty to their modern cousins in Lutyens’ Delhi.

While every district headquarter in India has been a beneficiary of the Raj’s architectural projects, this town astounds with the number of bungalows that survive to this day. It’s difficult to give an exact count of how many have lived to tell the tale but old-timers know that over the last decade, many have made way for “ugly modern buildings”.

As The Last Bungalow, an Allahabad anthology by (local) poet Arvind Krishna Mehrotra, puts it: “Colonial Allahabad, along with the intellectual energy that colonialism generated, has all but disappeared. The bungalows have gone, and so have the last of those who inhabited them.”

Mr Mehrotra says, on phone, that just about 20 such buildings are left in posh Civil Lines, many of them hidden behind partially constructed buildings.

Allahabad, once known for its high court, university and private schools, long retained a genteel character, enabling the tradition of the bungalow life to be shared by Britishers and Indians. These bungalows have even been immortalized by great authors. American author and humorist Mark Twain, who visited the town in 1895, wrote in his book Following The Equator: A Journey Around The World: “It [Allahabad] is a town of wide avenues and noble distances, and is comely and alluring, and full of suggestions of comfort and leisure…. The bungalows (dwellings) stand well back in the seclusion and privacy of large enclosed compounds (private grounds, as we should say) and in the shade and shelter of trees.”

Today there are only remnants of what Twain saw: broken walls, shaded arches, curving driveways, and lawns overrun with weeds.

Many of the surviving bungalows are either already half-demolished, or waiting to be razed and turned into multi-storeyed apartment blocks. The demolition of a red-brick house called Eric Lodge, near the Circuit House in Civil Lines, was under way when The Delhi Walla visited the town in November 2014.

Another house in New Katra, an area where Bengali families lived, had a rusted vehicle parked in the porch.

A giant uprooted tree resting against an abandoned bungalow in Civil Lines presents a poetic sight. It looks like the set for a film adaptation of some moody romantic novel like Wuthering Heights or Rebecca.

In fact, the surroundings of one neglected bungalow were the setting for Rudyard Kipling’s famous Jungle Book short story Rikki-Tikki-Tavi.

Most of the bungalows in Allahabad came up in Civil Lines, which was established in 1868, the year the high court was shifted back there from Agra. According to the finely researched Town Planning: Regeneration Of Cities, a 2008 book by Ashutosh Joshi, who teaches architecture and planning at the Indian Institute of Technology, Roorkee, 100-year residential leases in Civil Lines were given exclusively to Britishers in 1868. Each family got 3 acres, comprising a bungalow that included a servants’ quarter, a front lawn, a kitchen garden and garages. The descendants of most of those original allottees had left the country by the time the lease expired in 1968. Later, the book says, private building cooperatives started subdividing (often illegally) vacant land into smaller plots.

In the Land Of Seven Rivers: History Of India’s Geography, Sanjeev Sanyal writes: “Till as recently as 2005, vestiges of this (British) era were clearly visible in the large, crumbling bungalows of Allahabad’s Civil Lines. However, when I revisited it in April 2012, I found that the neighbourhood had turned into a jumble of malls, shops and apartment blocks. The few remaining bungalows now hide fearfully amidst the new buildings.”

A few Allahbadis, however, continue to live in bungalows — from the retired judge whose Civil Lines house doubles up as a hotel, to the well-preserved bungalow where the descendants of Hindi novelist Premchand live.

Perhaps it’s not politically correct to mourn the death of Allahabad’s bungalows. The days of a small set of privileged citizens sitting on large plots are no longer sustainable. Modern times demand new living arrangements, albeit not necessarily at the cost of taste.