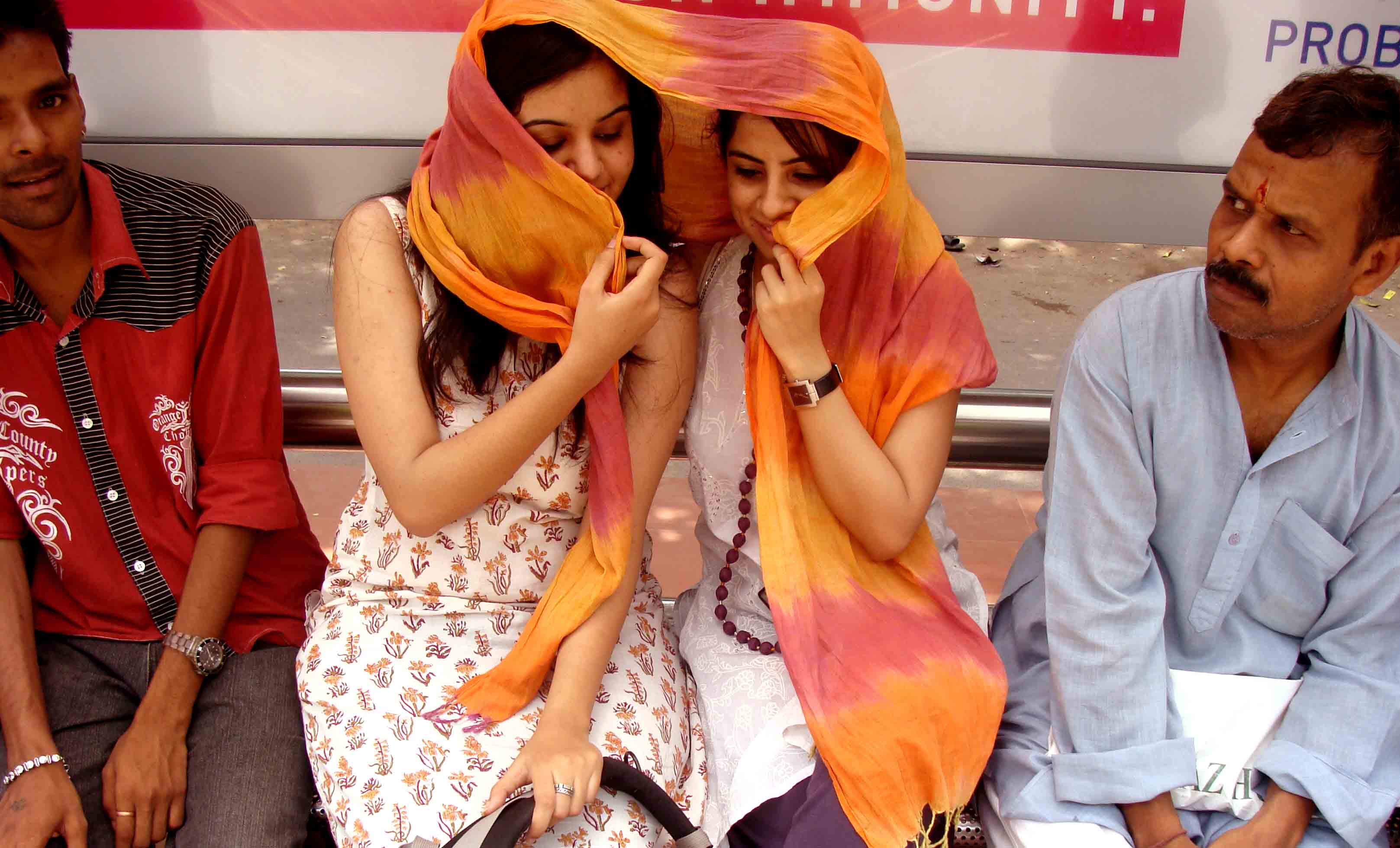 [Text and photos by Mayank Austen Soofi; the above photo is for representational purpose only]

Same age as Lady Gaga, she is as audacious as the singer when it comes to talking about sex. Inching towards 30, this girl graduated from a prestigious college in the University of Delhi, and now works in a high-profile company, earning 60,000 rupees a month. She drives a Maruti Alto she purchased with her savings, and she often uses it to take her parents out to south Delhi restaurants. She holidays in Europe and has an active social life (both real and virtual; she has 300 friends on Facebook and 1,000 followers on Twitter). She is a privileged caste Hindu from a populous north Indian state and is dating a Muslim boy.

And yet, all of it could be just for the show. The girl is resigned to looking for a life partner through arranged marriage.

“Frankly,” she tells The Delhi Walla, “I’m only a spectator in all this.”

Anyone who knows this girl would consider her fiercely sovereign about her affairs. But her father, not she herself, created her matrimonial profile on the matchmaking website Shaadi.com, and he also manages that account.

With the promise of her identity being kept a secret — lest “this Mission Delhi project destroy me” — the girl spoke candidly about this crucial period of her life in a quiet corner of Indian Coffee House in Connaught Place.

“I can’t see myself compromising, so I have closed my eyes to all this,” she says. “My father shortlists the guys. My part is to go to a coffee shop to meet them. I wouldn’t mind a guy who is at least physically not repulsive and is loaded with money.”

That’s the least unhappy alternative for a girl standing at the threshold of arranged marriage, a tradition deeply entrenched even in the Capital where young Indians are apparently brash, modern, confident and in full control of their lives. At least the last point is not totally true. According to the Hindustan Times 2014 Youth Survey, conducted over 15 cities among more than 5,000 respondents in the 18-25-year age group, 48% girls will “accept arranged marriage without any question”.

This woman too has accepted the same, notwithstanding her current relationship. Delving into the details of her quest gives a sense of the most vulnerable moments of young, cosmopolitan, semi-independent women of a rapidly modernizing Delhi, and how they eventually succumb to traditions they don’t personally relate to.

“I’m okay with being single,” she says. “But I have started to feel a pressure. My mother is also getting worked up.”

The girl’s father created her profile on the matrimonial website in early 2014. Before uploading the all-important portrait shot, she says bemusedly, he lightened her “wheatish” complexion on Photoshop. “My parents have given me the liberty to marry a boy as long as he is not an SC/ST (scheduled caste/scheduled tribe) or a non-Hindu.”

Each week, the girl’s father shows her profiles of potentially interesting men. One day she rejected all the “faces” prompting her mother, who married at 19, to loudly proclaim, “I too did not want to marry your father because of his looks. But if I hadn’t agreed to it, you wouldn’t have been sitting here!”

It’s the instant phone messaging service WhatsApp that paves the way for the online interaction to materialize into a real offline meeting. First, the girl’s father mails her mobile number to a prospective groom, who adds the number on his WhatsApp. Then they chat briefly before picking a day to meet each other in a café.

“My parents have given me the liberty to marry a boy as long as he is not an SC/ST (scheduled caste/scheduled tribe) or a non-Hindu.”

She has reluctantly met four men in the past two months. The first bride-seeker was a vice-president in the human resources (HR) department of a multinational company in Mumbai. The second had just finished his MBA from a university in Dubai. The third was in a senior managerial position with a construction major in Gurgaon. The fourth was an army officer.

“The HR guy’s profile said he is 6ft,” says the girl, “but when I met him at CCD (Café Coffee Day), he was only a little taller than me. What put me off was when he said that he was cool with firing people.”

The Dubai-returned happened to be 6ft tall. “I picked him up from a Metro station and drove him to a Barista (café). When I asked him what he was looking for in a woman, he said, ‘A daughter for my father.’ I said ‘Fuck’ to that and started to laugh. He didn’t contact me again.”

The third boy came wrapped with guarantees of financial security. “He drives an SUV and owns a house in Greater Kailash II,” the girl says, referring to a posh south Delhi locality. “He was good to talk to but I think he was gay.”

The barrel-chested army man fared no better. “His English was very tight (sic),” she says. “I was cold to him. Moreover, he was posted in some godforsaken cantonment town close to the Pakistan border. He himself told me that I would have to sacrifice my job if I were to live with him, because army wives stationed in remote areas have nothing to do except paint or read.”

The girl’s boyfriend himself hails from the border state of Jammu & Kashmir.

“He works in a textile designing firm in Noida. I met him at a friend’s place two years ago. He has such a lovely neck and he looks so untouched. He is a very pious Muslim so we haven’t done anything together except exchanging a few kisses.”

Although the girl talks of being “in true love” with this young Kashmiri man, she would not consider marrying him. “One has to be practical. It’s not only that my dad will be disappointed and angry, and that my mother will kill herself, but I’m not willing to convert to Islam. He also understands and accepts that religion divides us. He doesn’t eat pork; I love pork. He doesn’t drink. I don’t know if I would be in touch with him after my marriage…but he has been the best thing in my life so far.”

Even as the girl is preparing to distance herself from her love interest, she is getting closer to one of her four suitors — the remotely posted army man.

“Four or five days after our meeting, we suddenly started messaging each other. We would chat about useless things late into the night, the kind that I would regret the morning after. Recently, he returned to Delhi for a week’s holiday. Each evening, he picked me up from the office where he would arrive dressed in his army uniform. We would drive on the Yamuna expressway. He has a beautiful voice and he would sing along with the FM songs (on his car radio). Since I always wear low-back kurtas and T-shirts, he would caress my back. Once he kissed me. I tried to be outraged….”

Could he be Mr Right?

“I don’t think I can marry him. He talks crudely to restaurant waiters and parking attendants. His English is embarrassing. My parents would freak out if they learned of our car rides. As far as they are concerned, I originally met the fauji (army guy) for a purpose, and if that’s not working, then I have no business meeting him. But he is fun to hang out with. Honestly, I could have considered him seriously but I cannot live away from big cities.”

Meanwhile, the girl’s father has shown her another profile.

[This is the 96th portrait of Mission Delhi project]

1. (A copy of Vikram Seth’s novel A Suitable Boy)