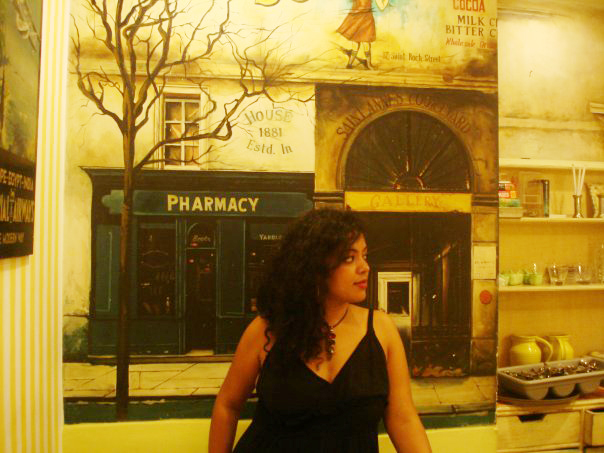 Nobel Laureate Rajni George, 111, passed away late last night under possibly mysterious circumstances, in a large hot tub at a luxury villa in south India, a large bottle of Prosecco by her side and the helicopter on standby. She seemed to have slipped away peacefully in her sleep, as everyone wants to, but who can be sure in these times.

Was it the excessive travel and reading; the overabundance of nighttime activity and litigiousness into her noughties; or her refusal to blog, which finally got to her editors? (Some looked towards Delhi’s notorious air pollution, but no one talks about that anymore except, still, The Indian Express.) Was it Mayank Austen Soofi, café crawler and obsessive Dilliwala, who had been after her for decades to write her own obit? Was it famous lifestyle coach and NLP practitioner Mindy Gill, bestie from NYC days, who had hypnotised her long-distance from London as usual, this time into a mesmeric equivalent of deep vein thrombosis over a competitive dance-off? Was it celebrated editor and acclaimed, best-selling memoirist Somak Ghoshal, who had at last driven her too far in one sodden, lol-sob dinner too many? (He was seen earlier that evening jetting back to his second home in Berlin.) Was it the Delhi literati, who had had it in for her ever since early unpublished novels from her 20s and 30s had resurfaced in an old handbag, released following the belated literary acclaim of her fifth and sixth books, in her 50s?

We may never know, but we may be sure Ms George is having the last chortle wherever she might be (she was never sure there was a heaven but hoped like hell).

She is survived by diverse former loves across the seven continents and her cantankerous long-term boyfriend, the riotous big love who got away and then returned late in life (shortly after she won the Booker – hmm); her sisters, leading businesswoman Roopa Ram, CEO of the international Suriani Kitchen restaurant-hotel chain, and La Resham, renowned R&B superstar and Distinguished Professor of Extended Absentia and Comparative Lit at Oxford University; several exotic stepchildren, adoring nephews and nieces, handsome godsons Arjunveer and Zarrar; and lots and lots of now grouchy friends, somehow all still hanging around.

Her homes in Manhattan, London, Goa and Santo Domingo will be auctioned off and the proceeds donated to various charities, as, true to stubborn form, she never did have kids.

She was still making the movie planned with master filmmaker Frank Kalero when she was 30; her screenplay was finished and found in her jhola, and Charlize Theron will now play her, it is rumoured (Mr Kalero didn’t answer the phone when we called him in Sao Paolo for confirmation – he still doesn’t have one, but just emailed to ask if we were trying to get in touch). The photo magazine Punctum, now published around the world by mega curator Lola MacDougall, is giving away prints of her last party, and her Chennai-based literary magazine and publishing outfit No Words will be taken over by long-suffering editor-in-chief R Sivapriya, forcefully snatched back from retirement. Her campaign for global equality (unprecedented socioeconomic reforms as well as expedited visa partner exchange) has just achieved new heights, as has her patent for adjustable heels which turn into flats, an idea once stolen by the Japanese.

Ms George was found engaging in one last email battle with NRI tycoon and head of Jajaja bar franchise Vikal Kapoor, who still insists she get married properly—while emailing dapper World Bank chief Rajat Kapoor and glamorous corporate vixen CEO Gayatri Hiremath furiously over whether their next reunion should be in San Francisco or Punjab. Just as planned, she retired partially in Kodai, which offered her and her commune longevity, lots of cheese (courtesy Hari’s globally expanding cheese factory) and plenty of time for golf and garrumphing. She has at last learnt Urdu, Sanskrit and Malayalam, and finished reading enough Indian literary classics to satisfy critics, while marching away on the West. Much to her relief, she never had to use that plot on Mars, though former flatmate and eminent photographer Zubeni Lotha is living there contentedly, capturing the new world.

At 55, her hair finally turned straight. There will be a big party Saturday night, to remember her by. Bring books, and wine.

Update: Ms George, it has been discovered, was in a fugue state, slipping between life and death. She is back with us, and cackling over this in hospital, reading all of Proust at last. Stay tuned.