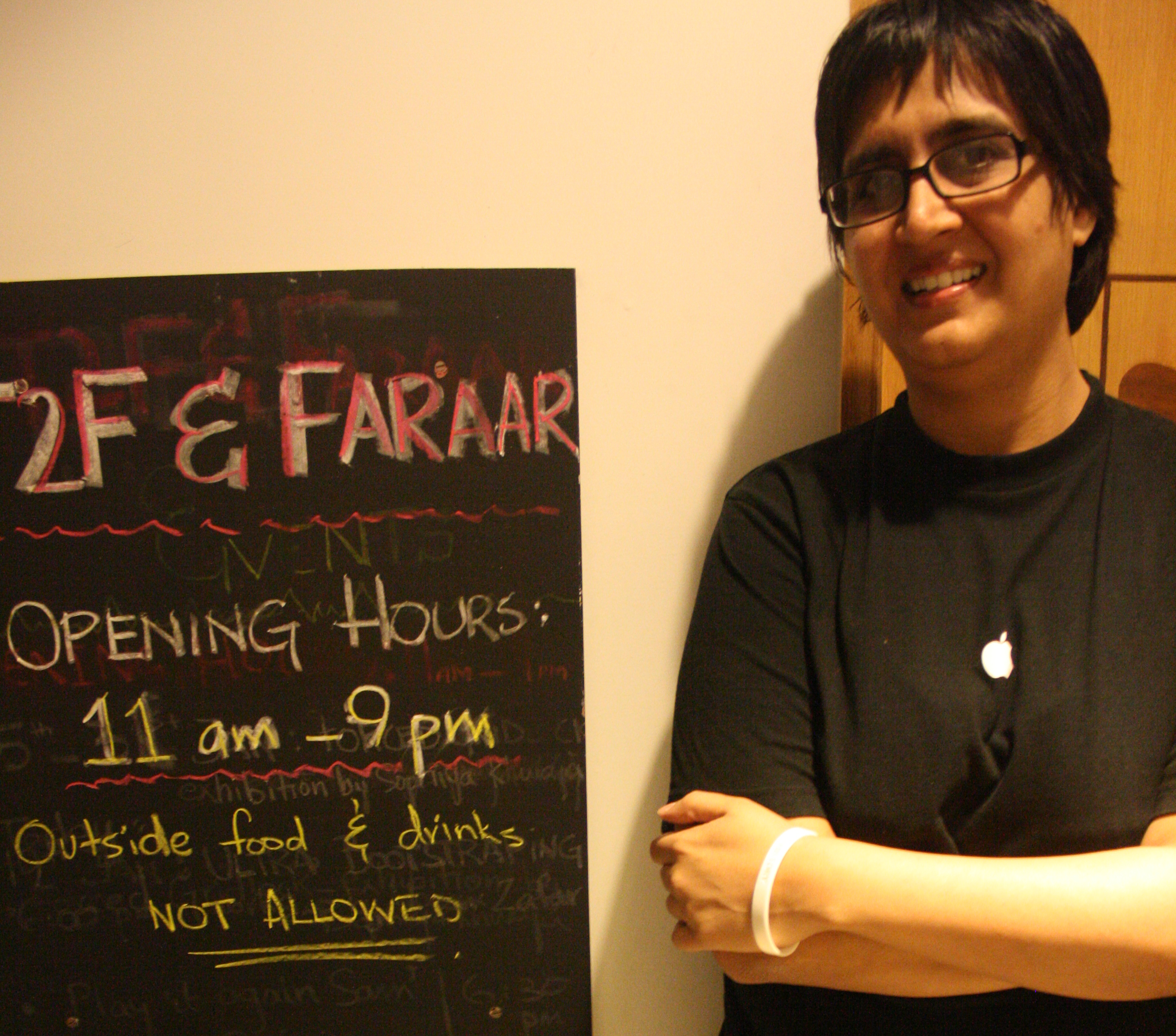 The Delhi Walla is dismayed to share the news of civil liberties activist Sabeen Mahmud’s assassination in Karachi, Pakistan. She was shot dead by unidentified gunmen in Karachi on the evening of 24 April 2015 as she was returning home after hosting a talk on Pakistan’s Baluchistan province. She was 40.

Ms Mahmud was the founder of T2F, a social forum in Karachi that served coffee and snacks, hosted music concerts and poetry talks, and was also that extremely rare space in Pakistan where people were given platform to discuss topics that could endanger their lives in that country.

“I feel dead,” says Pakistani author Raza Rumi who himself was the target of such a targeted killing in 2014 in Lahore. Writing to me from his self-exile in Washington, D.C., he says, “The brutal, barbaric murder of Sabeen Mahmud is not an individual’s death; it is an attempt to silence the alternative voices, kill reason and hope for a tolerant and progressive Pakistan. Sabeen devoted all her time to build a secure space at T2F for artists, writers, thinkers, and youth activists. She was extremely optimistic about social change! I always told her to be careful but Sabeen was fearless, incredibly brave and optimistic.”

I had met Ms Mahmud during my visit to Karachi in 2010 and had later written on T2F. I reproduce it in Ms Mahmud’s honor and to give a sense to you that just what kind of space Ms Mahmud had created in Pakistan. It will also help you get an idea about the kind of person we have lost.

MOST REGULARS TO The Second Floor, or T2F, are young and speak with an American accent. If this were some other city in some other country, T2F would have gone unnoticed. But this pricey café with a rather unimpressive bookstore and an art gallery is unique. There is no other hangout in Karachi — or in Pakistan — that brings such a crowd of writers, poets, painters, filmmakers, musicians, bloggers, book-lovers and trans-gender people to one place.

This isn’t Islamabad or Talibanland. The wall opposite Ms Shah is decked with a painting of two nude men. “It was part of a mural done by the gay artist Asim Butt who committed suicide early this year,” says Sabeen Mahmud, who co-runs T2F. “I have queer people saying to me that this is the only place in Karachi where they feel safe.”

In Karachi lingo, you are either a ‘Burger’ or a ‘Bun Kebab’. ‘Burger’ kids live in the posh areas of Defence and Clifton, speak accented English, date in Zamzama Boulevard cafés, and party at the secluded ‘French Beach’ on weekends. ‘Bun Kebabs’ live everywhere except in the posh bits of Karachi, speak Urdu-peppered English, hang out at Jinnah’s mausoleum and meet extended relatives for social dos. It is said that Burgers feel at home at T2F, Kebabs don’t.