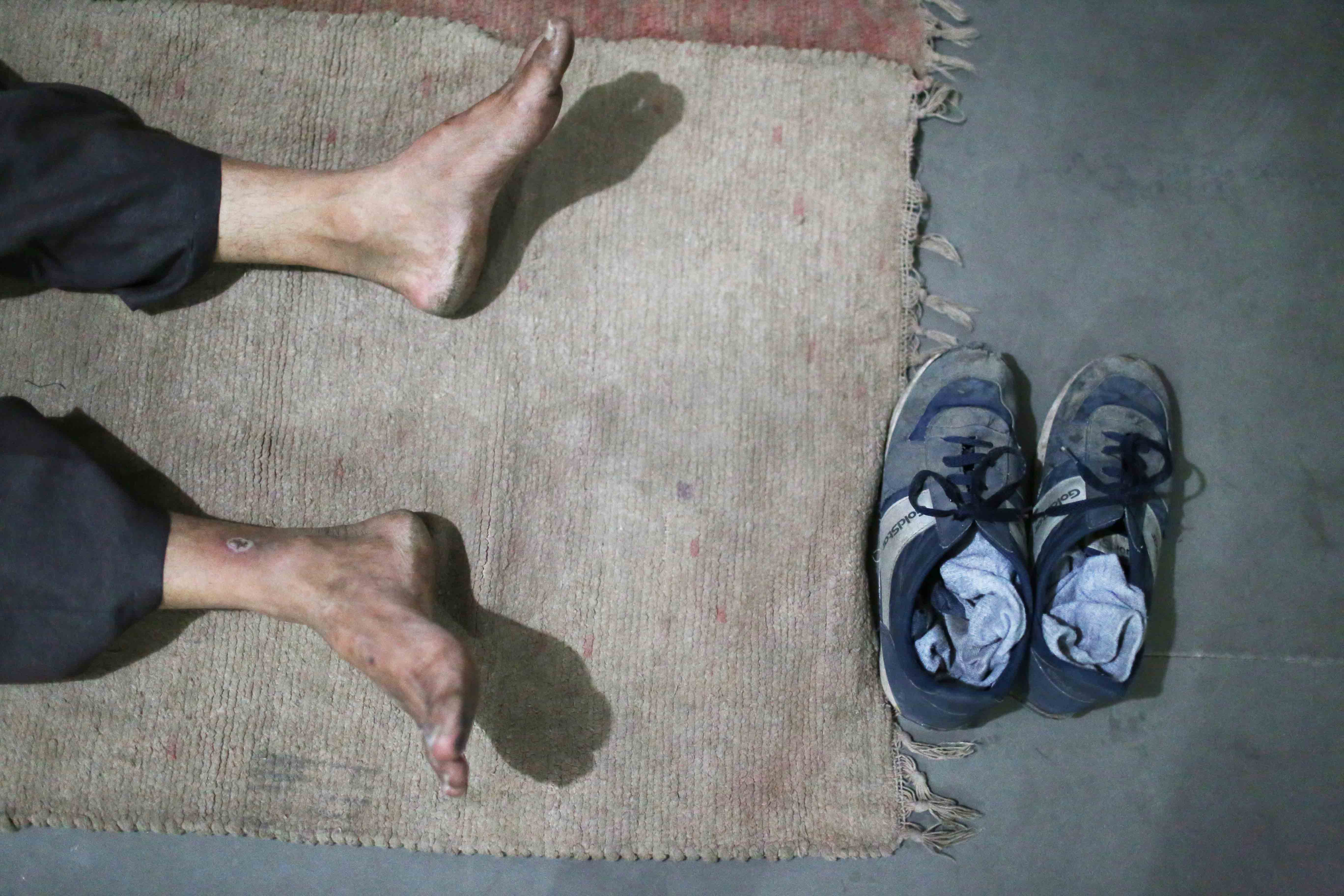 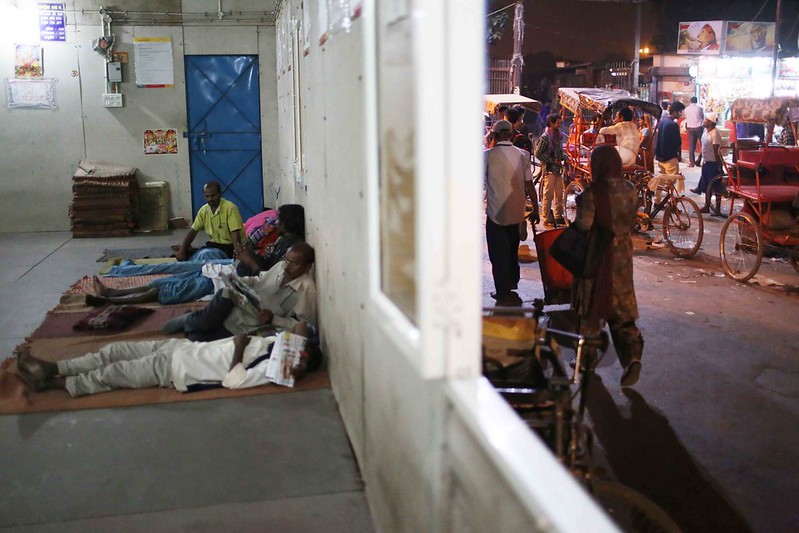 The home for the homeless

An abode that comes alive when birds return to their nests—this is the poetic imagery that the term rain basera evokes in an online dictionary. To the prosaic, however, a rain basera is a government-supported night shelter where the homeless sleep.

In Old Delhi’s Chandni Chowk, one basera looks like an improvised cabin. Posters with heartfelt messages are stuck on the walls. “I have everything; yet I have nothing,” says a handwritten message in Hindi. Another offers consolation: “This too shall pass.”

The shelter is a stone’s throw from the historic Sis Ganj Gurdwara. It is late evening and it is cacophonic. Drivers honking non-stop, desperately trying to inch their way forward in the congested traffic; film songs blaring from stereos.

Within, flyers for missing people are displayed behind the desk of caretaker Muhammed Qasim. A man enters. Mr Qasim opens the register, notes down his name, his father’s name, and his hometown. The man hands over 10 rupees, Mr Qasim gives him a paper coupon. The man picks up a blanket from one corner, a dhurrie from the other, and makes his bed.

There is nothing private about these bedrooms. They are as public as a pavement. In fact, visual artists who have lately been painting the walls around the city have begun to take note of the night shelters. In early 2015, a Polish woman helped crochet an artwork for a rain basera in Sarai Kale Khan as part of the “St+Art Delhi” street art festival, in which artists worked on the shelters “to enhance their visual appeal, giving a new face to these structures and visibility to the people who live in them”.

A dozen baseras became a canvas for the project. In all, the Capital has around 270 such sanctuaries, run by various NGOs, according to the Delhi Urban Shelter Improvement Board (Dusib), the nodal agency. Its website lists 92 shelters in “permanent buildings”, 112 in “porta cabins”, 55 in tents and five in unused buses. Each shelter has dhurries and blankets; water and toilet facilities; and caretakers. Some shelters are free; others charge a nominal amount. The latest figures available put night-time occupancy at around 6,000 people, though the total capacity is around 20,000.

Night shelters are in greater demand during winter. In warmer months, many prefer to sleep on the street. The long corridor outside the Delite cinema hall on Asaf Ali Road, for instance, is no rain basera, but dozens of homeless men fill it up at night. Gunny sacks double up as bedsheets. Stray dogs keep them company.

The board’s website displays a city map indicating the location of various rain baseras. Most are clustered in the central parts of the city. Quite a few of them are difficult to spot, because they look makeshift or are located in unexpected places. For instance, there are night shelters for women and children in Urdu Park, which overlooks the Jama Masjid.

Only 19 of the night shelters are exclusively for women.

Mr Qasim, who is in his 20s, knows every regular at this men-only shelter near the gurdwara, which is run by the Society for the Promotion of Youth and Masses. He says most are “labour types” who have no fixed jobs, no ties with their families in distant villages, and earn only a little to subsist from one day to another. “These men don’t even look tense,” he says in amazement. “They don’t have mobile phones. They never take their clothes off until they decide to throw them away, and then they go to the Kabootar Market (near Jama Masjid) to buy a new shirt and a pair of pants.”

Sometimes, says Mr Qasim, the basera also shelters the well-off middle-class men of Delhi, who come in for a night following “quarrels with their wives”.

As the evening progresses, people continue to trickle in. Rajiv Mohan is from Chhapra, Bihar, and works as a waiter during the wedding season. He says there is a lull in work; the season is nearing its end.

He whiles away the hours taking in the sights. “Today, I wandered to Lal Qila (Red Fort),” he says. “Then I walked to the Jama Masjid, after which I went to the Main Bazar (Paharganj), where I had dal makhani and two rotis.”

Many of these men prefer the free meals at the gurdwara langar next door.

Another man enters. Chhote, a beldar (load carrier), has earned 150 rupees today. He has no suitcase or bag, no possessions whatsoever.

Slouched on the floor, the men look tired, but their relaxed postures suggest a level of comfort absorbed from the allotted space. It is as if every unrolled dhurrie has magically raised an invisible wall of privacy around it. One grey-haired man is asleep under the open window. His canvas shoes are beside his head. “When he dies, we’ll have to arrange his cremation,” says Mr Qasim. “He has no money. He has been coming to the shelter for 15 years. We don’t charge him.”

It’s not only the seriously impoverished who end up in a rain basera. Aamir Khan, an unpublished poet, used to work in his family’s jeans showroom in east Delhi’s congested Welcome Colony. He lived on the upper floor of his family home. A few months ago, he had to leave after an argument with his elder brother. He now sleeps in a shelter outside the New Delhi Railway Station. “At night, when friends call me on phone,” he says, “I have to end the calls quickly, otherwise people object.”

While rain baseras are generally looked upon favourably as a civilized idea, not all may want a shelter too close to their own houses. The proximity of the floating homeless can be discomfiting for those rooted in a home. In 2014, The Hindu newspaper reported that Jama Masjid’s imam (head priest) had alleged these shelters were dens of thieves, prostitutes and drug dealers.

“I too heard that,” says Mr Qasim. “What I know is that the area’s local boys harassed the women in the shelters there.”

Just then, a nervous-looking young man walks in, as if half-fearing he will be denied entry. Dressed in a clean pair of jeans and shirt, with a smartphone sticking out of his pocket, he is holding a suitcase. He identifies himself as Imran Qureshi from Chandigarh, and says he has got a job as a token operator with the Delhi Metro Rail Corporation. “It’s my first night ever in a rain basera,” he says in English, gathering confidence. “I arrived in Delhi this afternoon. I don’t want to waste my money by staying in a hotel. I will soon rent a room near my office.”

It is almost 10 in the night. Mr Qasim says the hall will soon fill up to its capacity of 50 people. He will switch off the lights an hour later. It will then be quiet till 5am, when the gurdwara starts its breakfast of “tea and buns”. By 8am, the shelter will be empty—most will be out on the streets.

As they carry on through the day, do the homeless feel any of the attachment to rain baseras that we do for our homes? Or do they feel at home everywhere?

When The Delhi Walla asks Mr Chhote this question, he merely says: “I have my sorrow. Why share it with strangers?”

An old Hindi film song by Manna Dey might suggest an answer—Yeh jag rain basera, bande, na tera na mera (this world is a night shelter, neither mine, nor yours).

Home is where the sleep is 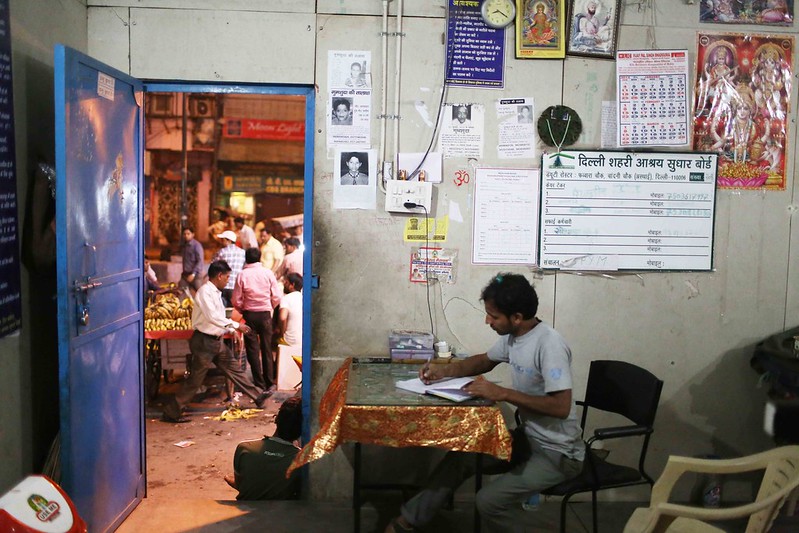 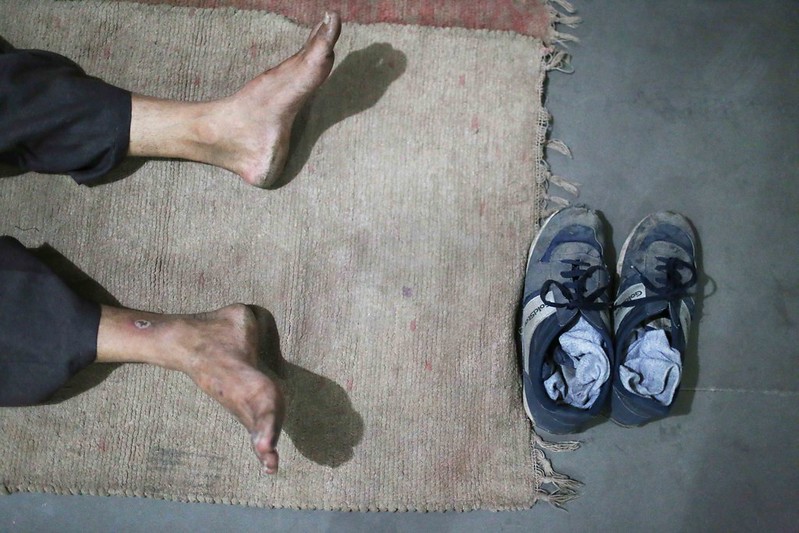 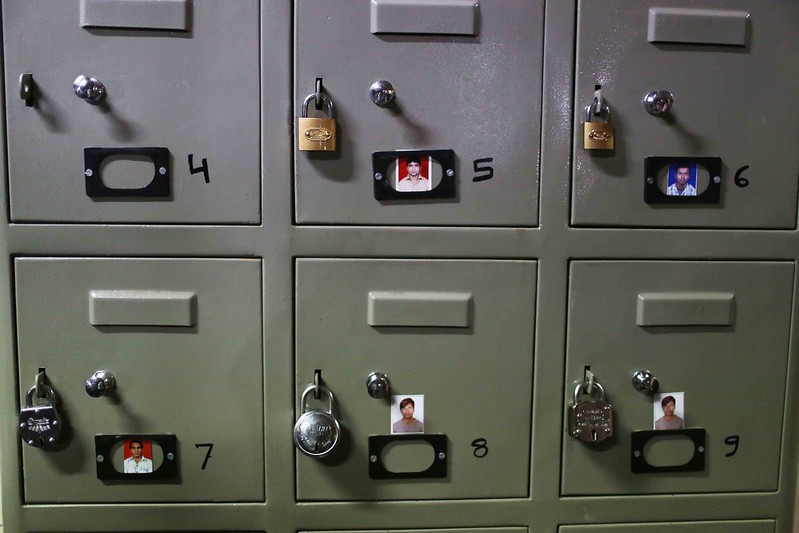 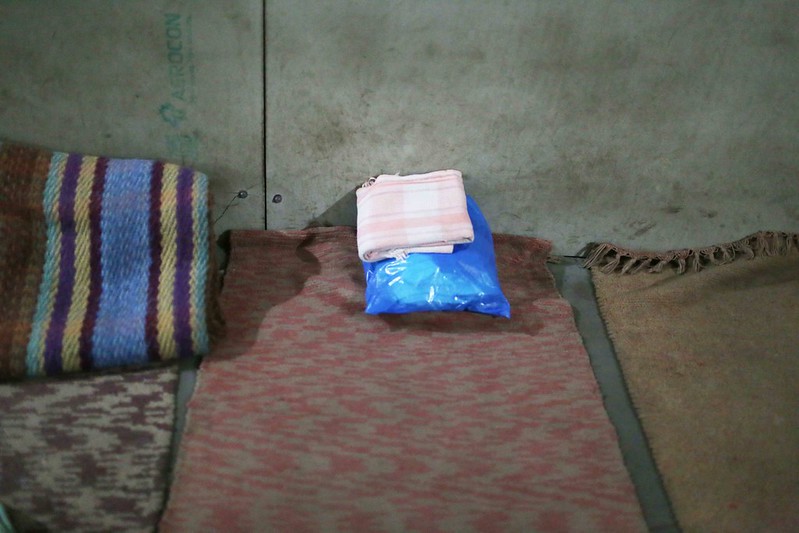 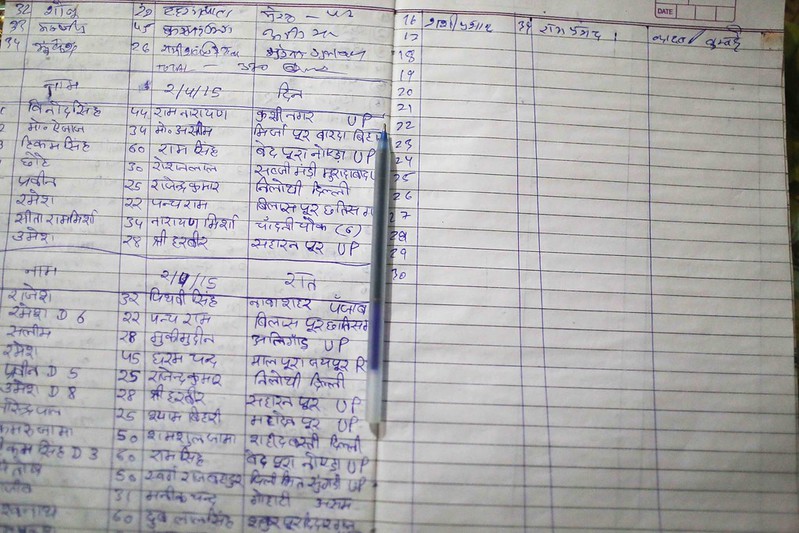 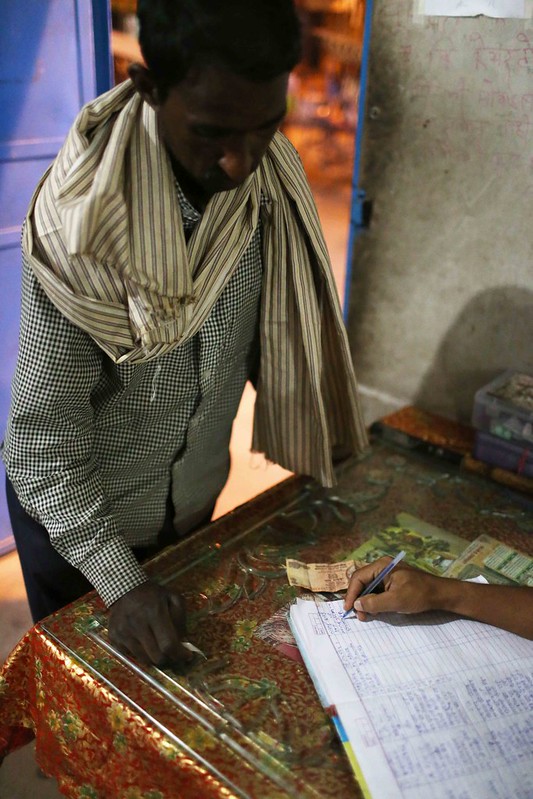 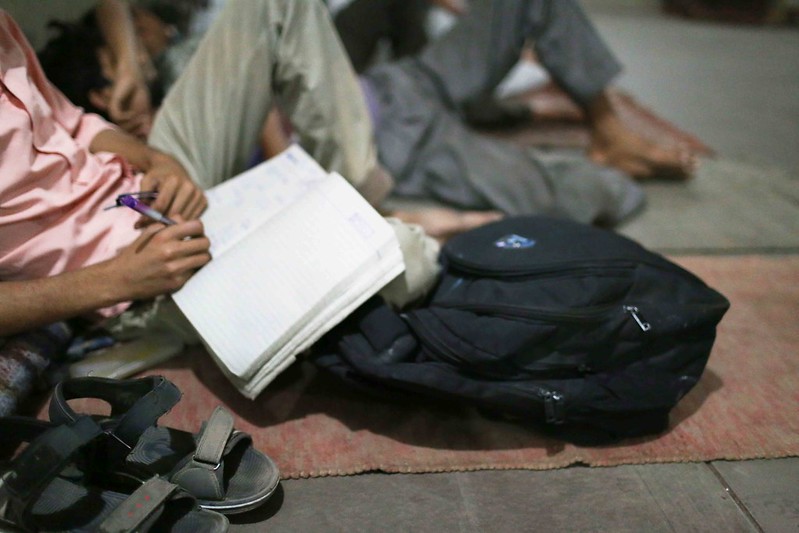 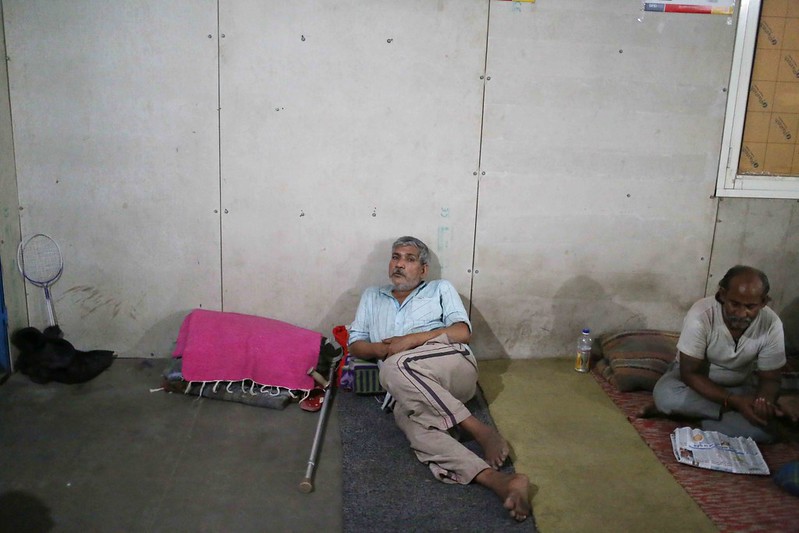 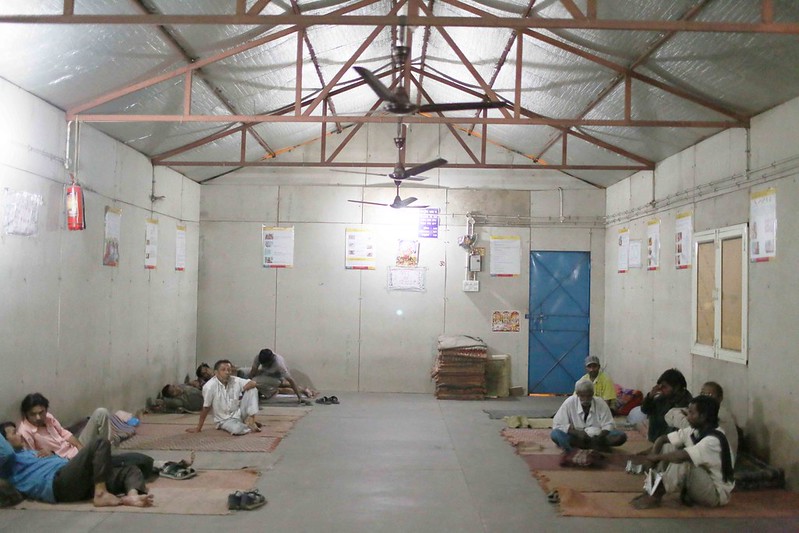 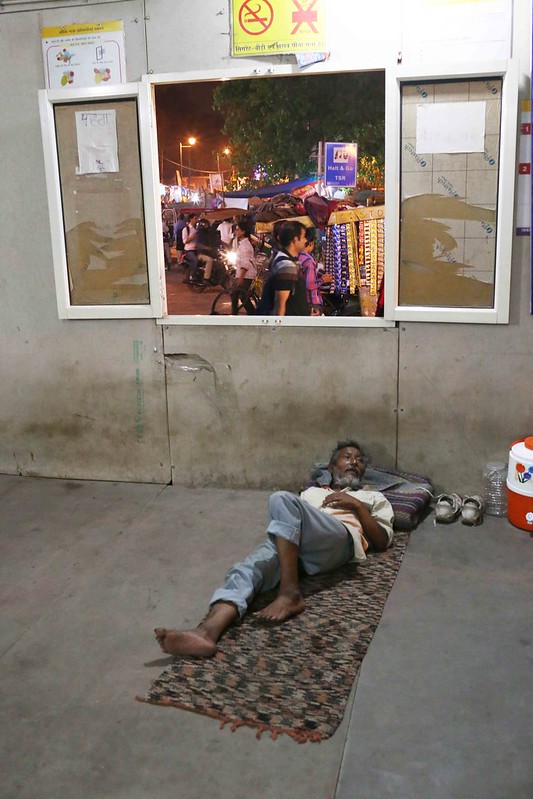 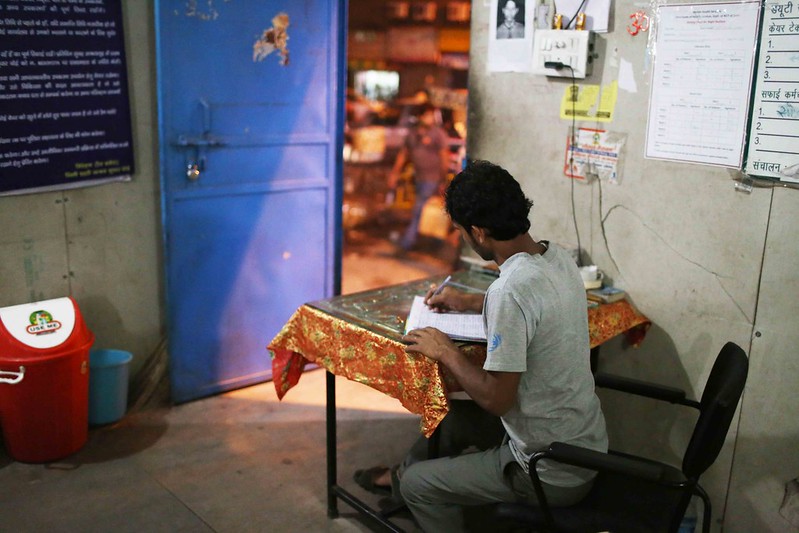 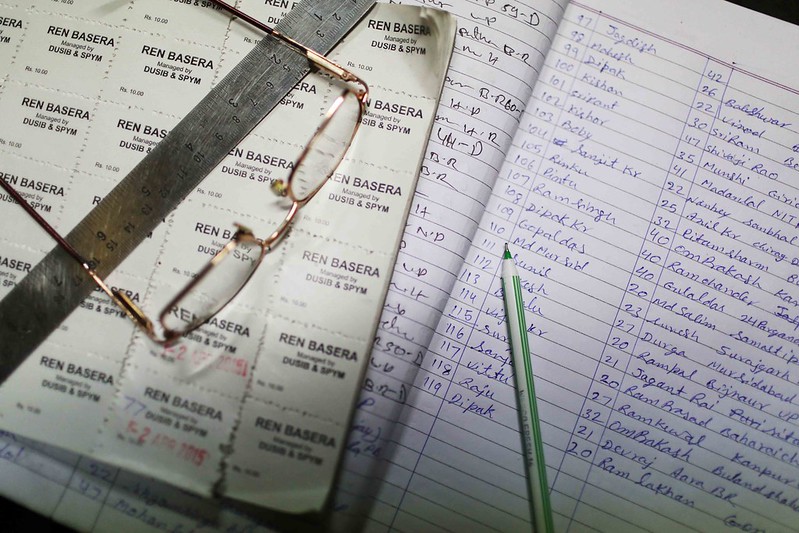