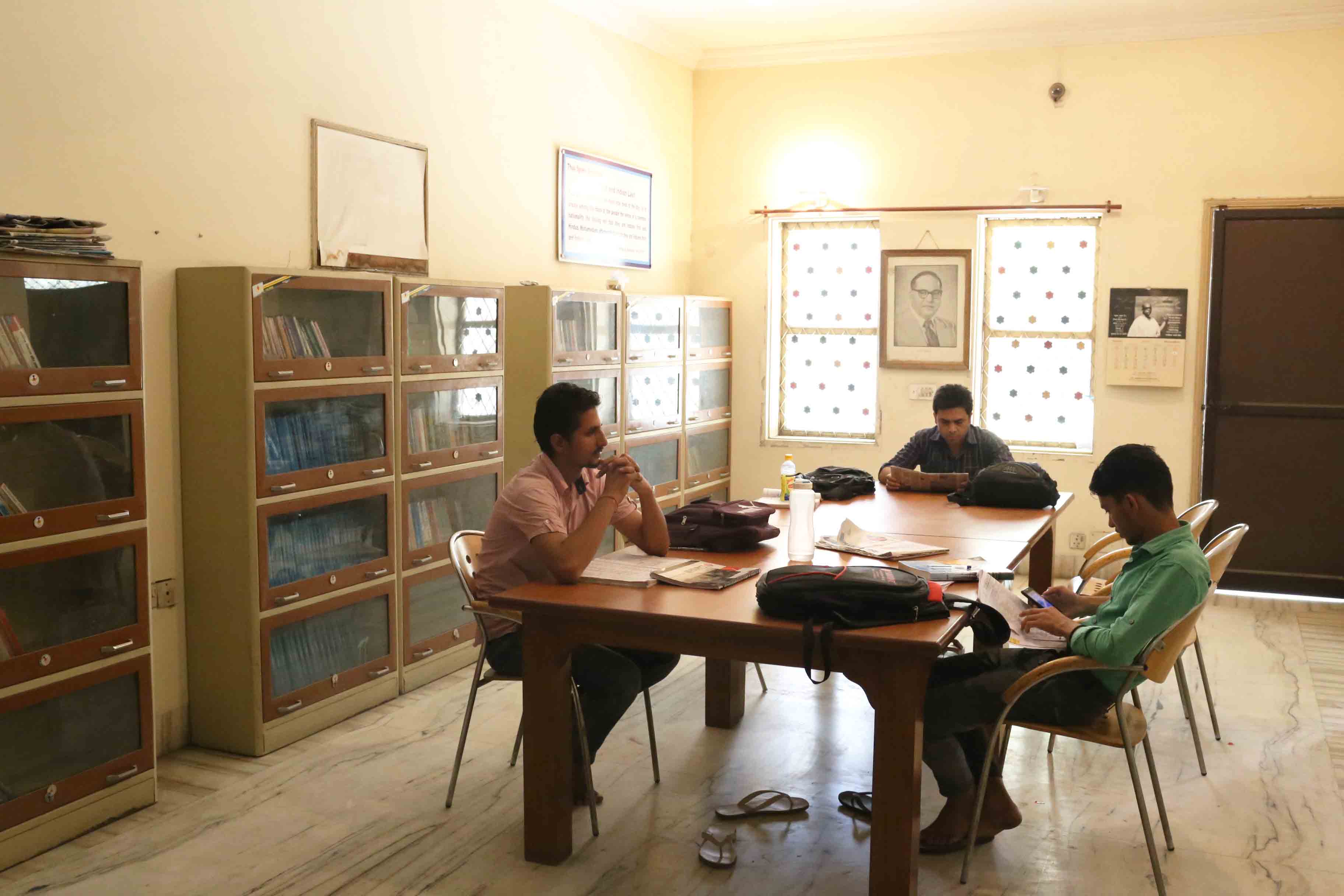 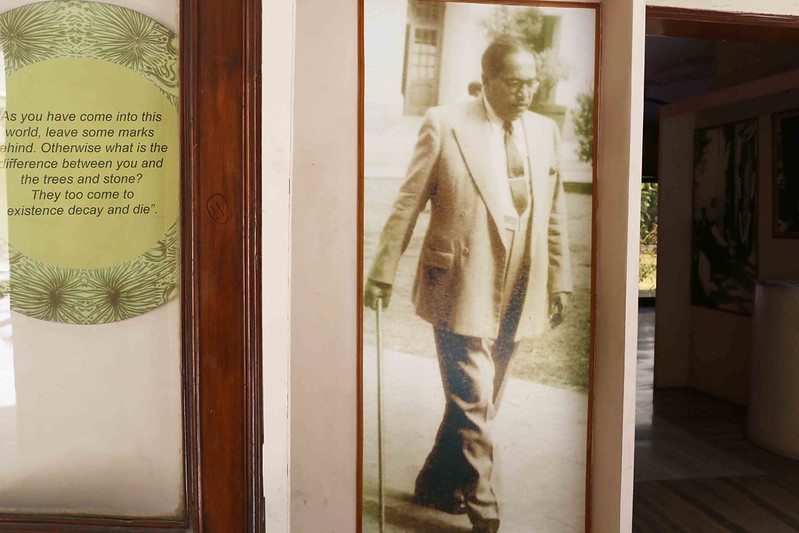 Note down the address: 26, Alipur Road. Get off at the Civil Lines Metro station. Walk past the Oberoi Maidens Hotel. The house is on the left. The gates are painted black. The lawns are brown; no flowers. Inside, there are hundreds of sepia toned photographs of Bhimrao Ramji Ambedkar. This was his home; he died here in his sleep some 60 years ago.

On a recent steaming afternoon, The Delhi Walla was the only visitor tiptoeing from one room to another at Dr Ambedkar National Memorial. My solitude was not unusual. “Some days I see just two people, and some days eight,” says the elderly guard. “There are days when nobody steps in.”

The lack of visitors is mystifying. After all, this place celebrates the great Dalit-born leader of the downtrodden classes who was also the architect of the Constitution. And these days, he is so much in the news that he rarely drops out of newspaper headlines.

Ambedkar, aka Babasaheb, was recently lionized in Panchajanya and Organiser, publications of the Hindu nationalist Rashtriya Swayamsevak Sangh (RSS), an irony because he had famously rejected the caste-ridden version of Hinduism. A few months earlier, he was eulogized in a book-length essay, The Doctor And The Saint, by author Arundhati Roy, whose world view is the exact opposite of the RSS. The new bustle around Ambedkar has only begun. Next year is his 125th birth anniversary. In June this year, the Narendra Modi government announced several initiatives to promote “Ambedkar’s ideology and philosophy”. Not to be left behind, Congress party vice-president Rahul Gandhi flew to Ambedkar’s birthplace in Madhya Pradesh to hold a rally. While most pundits explain this clamour over Mr Ambedkar as a scuffle to grab the Dalit votes, he himself hasn’t become an object of universal affection. In May, a Dalit in Maharashtra was allegedly killed because his mobile phone tune played a song in praise of Ambedkar. The same month, IIT Madras stirred the hornet’s nest by derecognizing a student body co-named after Mr Ambedkar (it has since been re-recognised).

Curiously, Ambedkar’s deserted memorial stands withdrawn from the world, though it lies in a media-friendly neighbourhood—a nearby bungalow is home to Delhi chief minister Arvind Kejriwal. Administered by the government-run Dr Ambedkar Foundation, the memorial has two blocks. One of these, a museum, is to be entered only barefoot. Its sun-filled foyer is dominated by a giant bust of Ambedkar. Panels on the walls list the milestones in his life; others display excerpts from his speeches. The prized exhibit is a well-thumbed copy of the Constitution, kept inside a glass case in one of the halls. The windows look out to mulberry trees.

Delhi is not short of residences that have been turned into memorials after the deaths of their famous occupants. Those of Jawaharlal Nehru and his daughter India Gandhi are tourist hot spots. In their museums, each room is preserved in its original state. No such sightseeing at 26, Alipur Road. You cannot view Ambedkar’s wardrobe or the bedroom where he breathed his last. This house is not even the same house that Ambedkar knew. After resigning as law minister in the Nehru government in 1951, he moved here as a tenant of the erstwhile Raja of Sirohi. Sometime after his death in 1956, the estate was purchased by the Jindal family, of Jindal Steel and Power Ltd. They demolished the original bungalow. It was this property that was acquired by the government and turned into a memorial in 2003.

An Ambedkarite’s pilgrimage to Delhi, however, should not be restricted to this bungalow alone; one must also stand outside the Turkish ambassador’s residence at 22, Prithviraj Road. Here, Ambedkar lived as a member of the viceroy’s executive council. The next stop must be the Polish ambassador’s house at 1, Tilak Marg (earlier called Hardinge Avenue). Many of Ambedkar’s letters as law minister were datelined from this address.

While the bungalow on Alipur Road came up after Ambedkar, it has fragments of the world he dreamed of. You sense that in the second block. It’s a hotchpotch of locked rooms, but head straight to the little library. Hundreds of books are locked inside glass almirahs. There is no librarian and the memorial’s caretaker doesn’t have the keys. In any case, the three young men sitting around the table have come with their own books.

“We are preparing for jobs,” says Nipun Kumar, in his 20s. He explains, “We are getting ready to sit the entrance tests for banks, SSC (Staff Selection Commission) and UPSC (Union Public Service Commission). Since it’s difficult to concentrate at home, we come here to study… You would have seen more people but many are now travelling to other states to write exams.” Mr Kumar adds that though he himself is a Dalit—as are the other two—students from all backgrounds come to the library, including “SC/STs (scheduled castes/scheduled tribes), OBCs (other backward classes) and the general candidates”.

One wonders what Ambedkar would have made of this easy classification of candidates, familiar and natural to most Indians, and also a part of the government machinery. But at least, in this library created in his memory, there is harmonious co-existence.

The memorial has no cafeteria. The library is not air-conditioned. A slow-moving ceiling fan tries valiantly to beat the heat. This is the height of Delhi’s brutal summer. Pointing towards the tube light, Yogesh Kumar, sitting at the head of the table, says, “We installed it a year ago. Each of us pooled in the money. You can’t depend upon the authorities.”

A few minutes later, Nipun Kumar beckons me into the museum. Stopping beside the glass-shielded copy of the Constitution, he says, “Babasaheb’s more important contribution to India was the upliftment of the oppressed class. That makes him as influential as Karl Marx and Aristotle.”

Mr Kumar begins to narrate the events of Ambedkar’s childhood in minute details. Speaking in a low voice, as if he doesn’t wish to be overheard by a third person, he says, “My grandfather was a shoemaker. My father is a bank auditor. I want to be an economist. This change in my family line has happened because of Babasaheb.”

Early this year, the house in London in which Ambedkar lived as a student, while attending the London School of Economics, was up for sale and the government planned to buy it. The Dr Ambedkar Foundation has ambitious plans for the icon’s last home, too. “We are about to raze down the Jindal kothi,” says Sudhir Hilsayan, editor at the Foundation. “Right now, all that we have is a makeshift memorial. Even the library is just for show. The new building will truly reflect Ambedkar’s life and ideas. It will be a totally different experience. The work has begun.”

Indeed, the gardener at 26, Alipur Road, shows parts of the lawn have already been “dug up by the CPWD (Central Public Works Department) to test the soil”.

With the new building, perhaps one of India’s biggest change-makers will take his rightful place in Delhi’s sightseeing pantheon.

Is this really Ambedkar’s house? 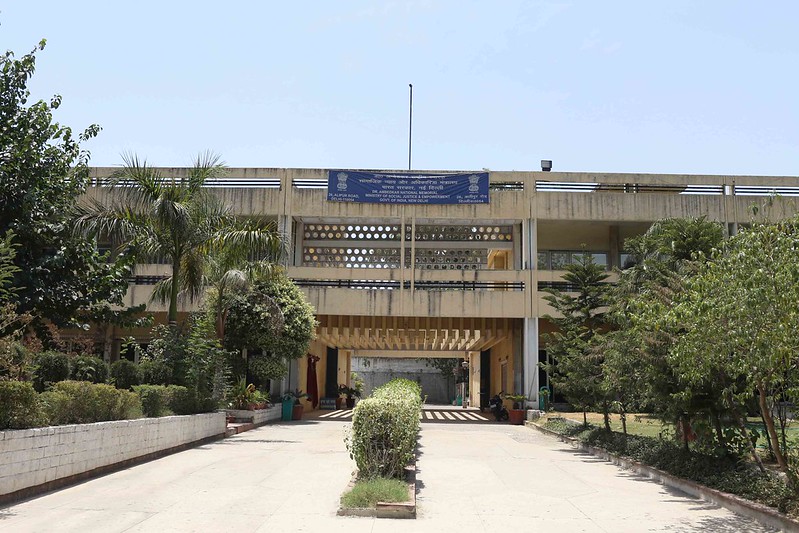 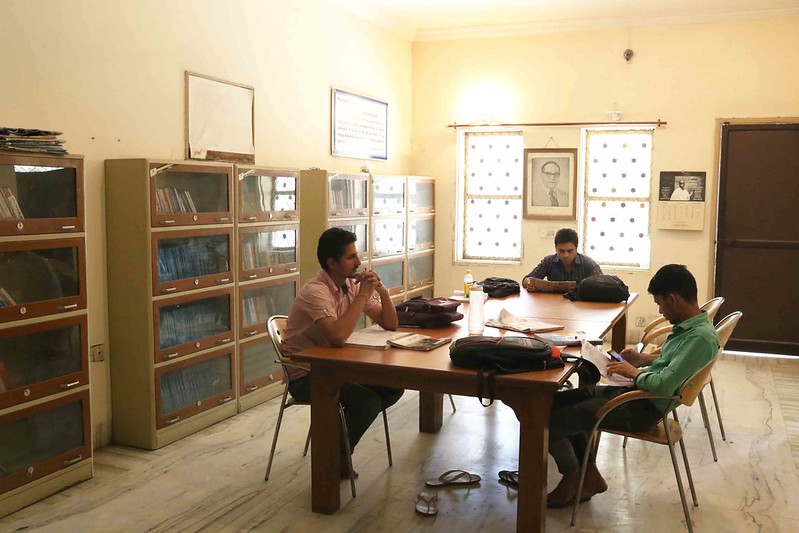 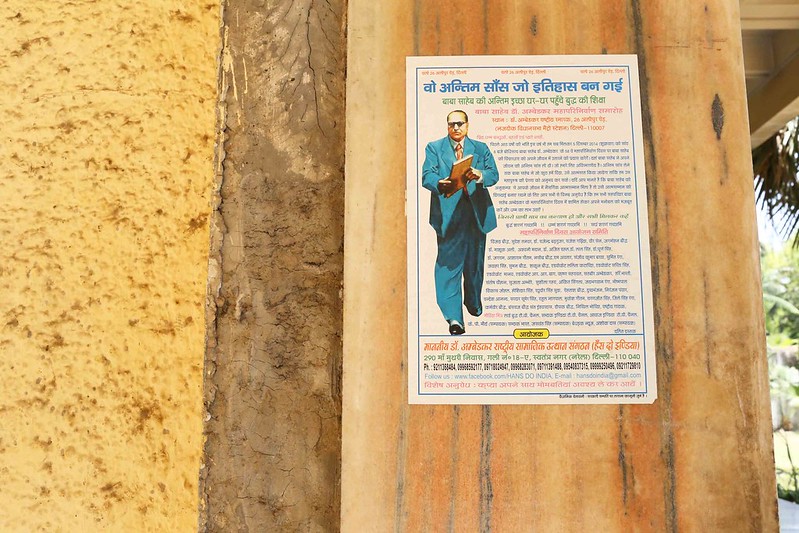 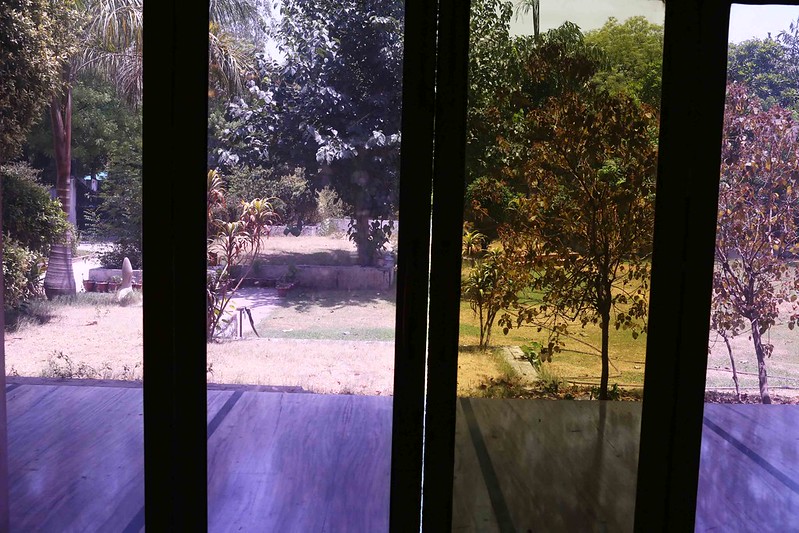 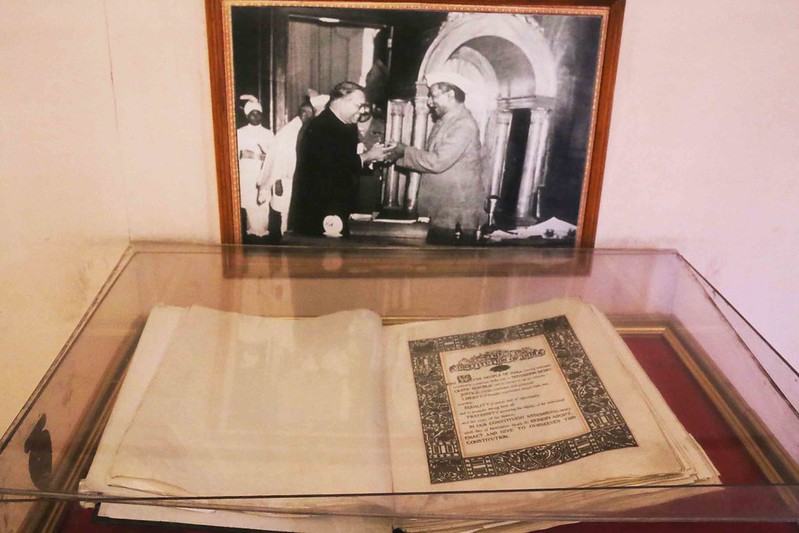 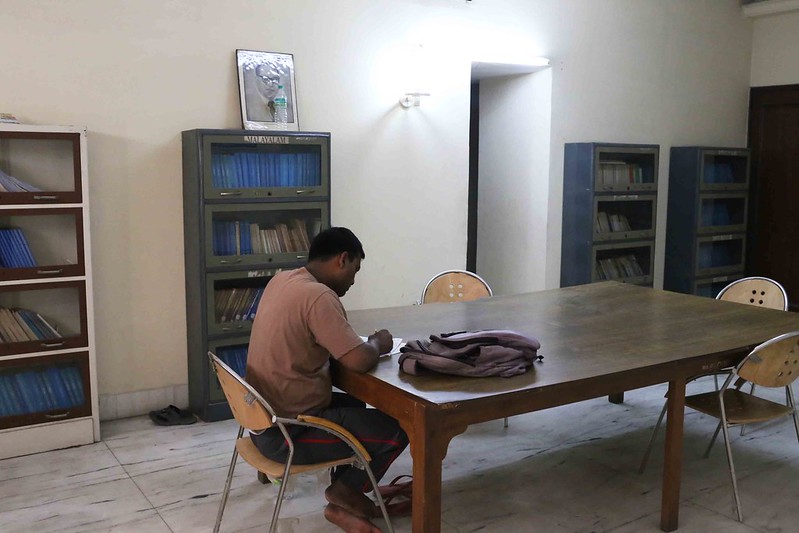 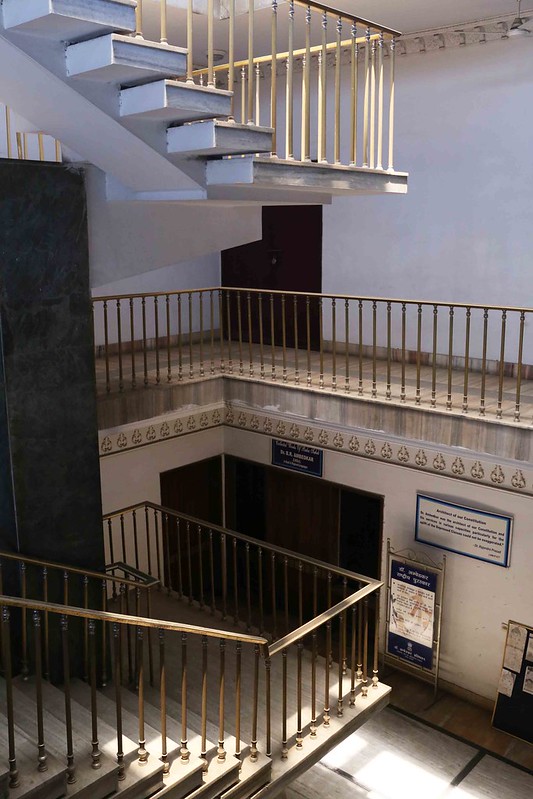 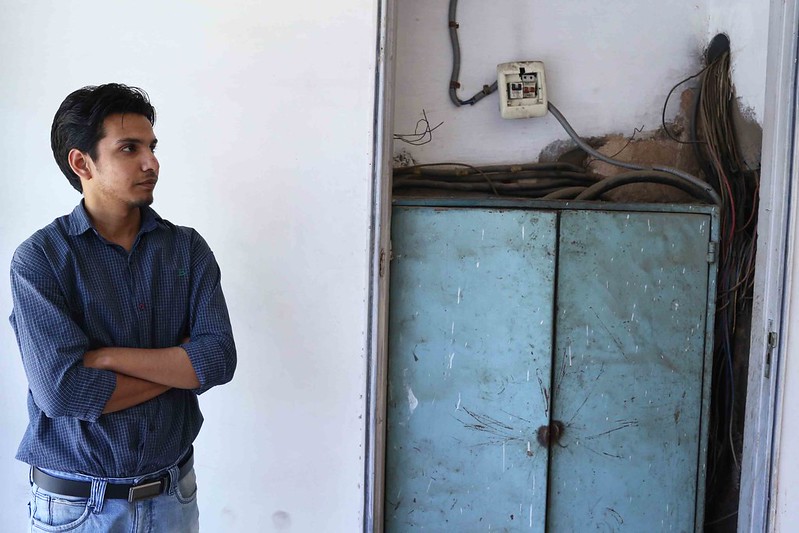 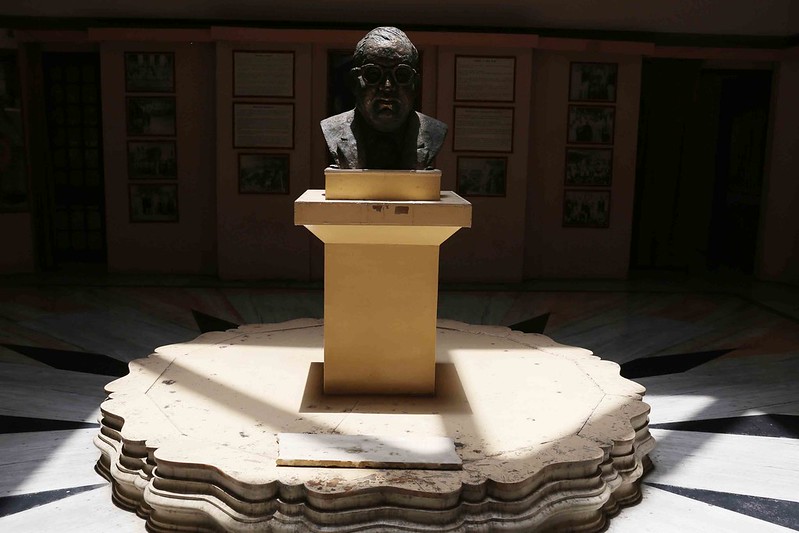