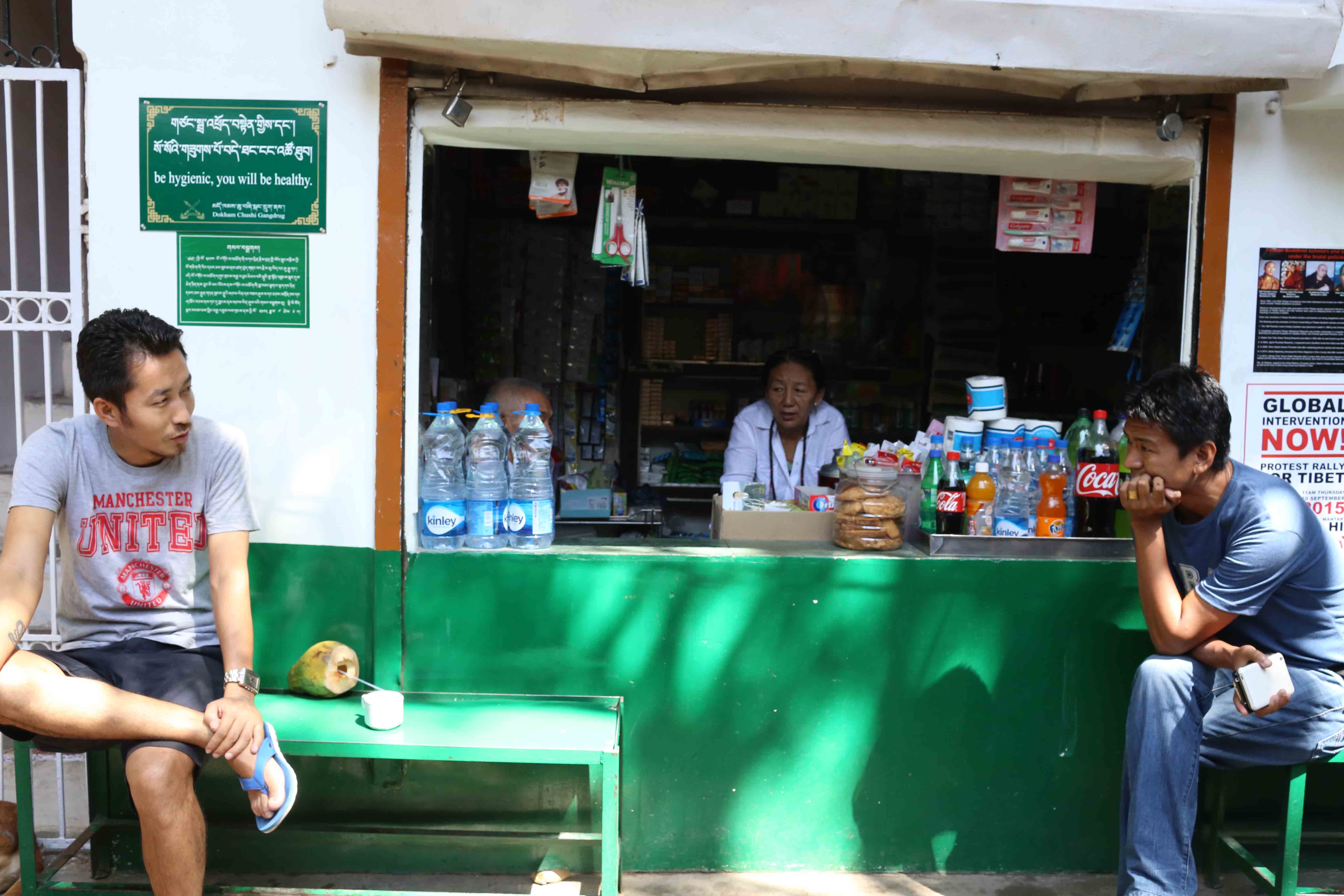 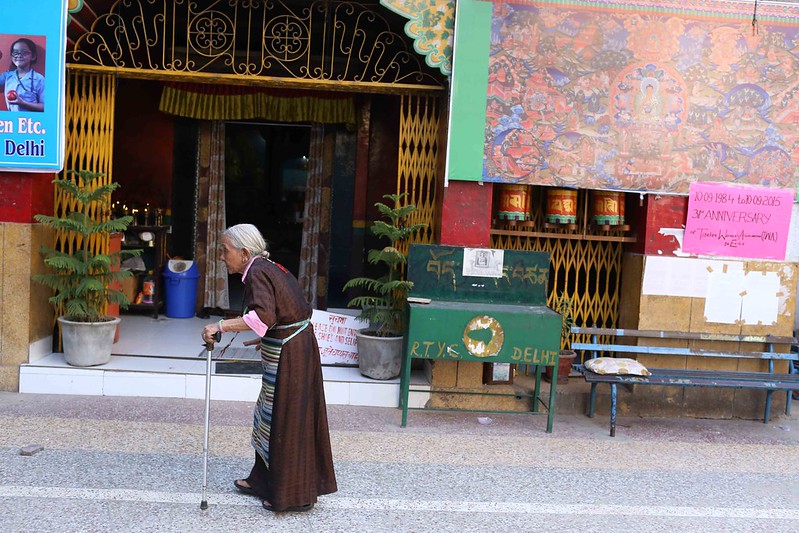 The way home may not be the way back. Tenzin Kunchok, 34, has never set foot in her homeland.

Born long after her country was occupied by China in 1959, Ms Kunchok has no illusions. “I don’t see freedom happening in my lifetime.” Recalling that she was very active in the “independence movement” during her college years in Delhi University, she says, “Now, I need to pay attention to my life and career.”

Ms Kunchok’s dilemma is echoed by Tibetans of her generation who were born in India to parents raised in the landlocked country. Having grown up hearing stories of the lost land, their sense of exile is palpable. In September 2015, China marked 50 years of Tibet’s status as an “autonomous region”, holding an impressive parade in the Tibetan capital Lhasa.

Established in 1963, this Tibetan enclave on the banks of the Yamuna in the Capital is one of the many clusters of exile life in our country.

With a population of about 3,500 Tibetans, the neighbourhood lies on the Outer Ring Road, to the north. The benign face of the 14th Dalai Lama, the spiritual and political leader of the Tibetans, beams from posters everywhere. His Holiness, who lives in Dharamsala, Himachal Pradesh, has now spent 56 years in exile. He turned 80 in July 2015.

MT is considered a cool hangout. Lonely Planet India’s most recent edition recommends it for its “little Lhasa vibe”; the “mellow enclave is packed with travel agents, cyber cafes and trinket vendors, and you’ll rub shoulders with maroon-clad Buddhist monks, local Tibetans and rather a lot of beggars”.

Elderly ladies in striped aprons stand around on the pavements drinking cups of butter tea. Grocery stores are stacked with yak cheese and tsangpa flour, while vendors hawk laping, a noodle dish.

The showrooms are crammed with handwoven carpets, thangka paintings and Buddha statues. And there are as many eateries serving beef and pork delicacies as there are travel agencies announcing daily bus rides to Dharamsala, the seat of the Central Tibetan Administration (CTA), the Tibetan government in exile. The Dalai Lama smiles from the walls of the trendy Coffee House, which opened in 2008 at the Chushi Gangdruk shopping complex. You’ll no doubt spot robed lamas fiddling with their phablets while digging into apple pies.

The otherwise shabby complex has 50 shops, including travel agencies and handicraft stores—mostly owned by Tibetans. But this particular café had no rival till the Tibet Bakery opened this year.

The new coffee shop’s 30-something founder was born in Chinese-occupied Lhasa. When he was 10, Lobsang Thinlay’s parents sent him to Dharamsala. Whenever they chat on Skype now, Mr Thinlay’s mother, who runs a restaurant in Lhasa, asks him to return. He says India is now his homeland.

“My life’s here,” says Mr Thinlay, standing behind the glass counter containing an assortment of pastries. Spreading his arms wide, he looks around the small coffee shop and says, “This is what I want…. Our Dalai Lama is also here. I’m happy.”

Mr Thinlay hopes for independence but he is trying to establish himself here. After a diploma in baking from a catering institute, he worked at a string of bakeries in some of Delhi’s finest hotels, like Hyatt Regency and The Claridges. He then joined Chez Nini, a French speciality restaurant in Mehar Chand Market, as head chef. It closed this year but by then Thinlay had already left to start his own business. “I thought like this: Since I could run a 60-cover restaurant smoothly, why not start my own place?”

Mr Thinlay’s Tibet Bakery is a one-man show. He lives in south Delhi’s Safdarjung Enclave but started his first business in MT because “I have worked in the Indian society for a decade, and now I think I can use that experience to make a fortune out of the Tibetan society”.

It is impossible to think of MT as a place where you can build a career. It lacks the assurance of a firmly rooted locality, with the many travel agencies and lodges imparting the character of a mere stop in a long journey. The lanes are cramped and dirty; the main street is not properly paved. Most of the residents have refugee status, including those young people who have never travelled out of India (it is difficult to get a visa on the yellow book, the popular name for the CTA-issued identity card).

Almost every MT resident is a regular at Jantar Mantar, Delhi’s protest point. They go there routinely to shout freedom slogans. In fact, posters plastered across MT last week called for a “Global Intervention Now!” rally. They also come out on the roads every time a Chinese dignitary lands in the Capital. Many of the Tibetans I met in MT proudly admitted to spending at least one night in the infamous Tihar jail as a political prisoner.

But there is a semblance of normal life too. Many young women take up jobs as nurses in Delhi’s private hospitals. The men tend to veer towards the catering and travel professions.

Lobsang Dorji Hayer, who celebrated his 35th birthday last week, runs one of MT’s most popular restaurants, Dolma House. His case is slightly different: He is not a refugee but an Indian passport holder. He was born to an Indian father and raised in MT by his Tibetan mother’s relatives. His balcony, too, is decked with Tibetan flags. Until a few years ago, Mr Hayer was actively involved in the “struggle”. Now, sitting at a window seat in Dolma House, he says, “I have done my part in the movement.”

Mr Hayer served as the general secretary of the Delhi unit of the Tibetan Youth Congress, the world’s largest association of Tibetan volunteers, for three years. Mr Hayer had been working at a call centre and was simultaneously doing a computer language course he thought would facilitate his move to the US when he was selected to the Tibetan Youth Congress executive body in 2010. His priorities changed. “I was responsible for the field work,” says the restaurant owner. “I would collect people and lead them to Gandhi’s Samadhi in Rajghat, to Jantar Mantar, to the Chinese embassy, to the United Nations office…. I would talk to the media and arrange meetings at the Indian Coffee House in Connaught Place.”

By the time his term ended, it had become clear that emigration to the US wouldn’t be possible. He decided to devote his time to the family business of managing Dolma House and to the gym, where he works out daily for no less than 3 hours.

What if he is once again offered a position of responsibility in the congress?

“I won’t do it,” says Mr Hayer. “I no longer have time for anything else apart from my business and gym…. As a business owner, I can always donate money to the cause.” Even if Tibet were to become independent, he says he would stay back in Delhi. “I feel Tibetan but I’ve lived all my life in India, after all.”

At the travel agency, Ms Kunchok is considering another option. “I don’t know if I should say this, but I’m thinking if I should apply for Indian citizenship,” she says. “I think having an Indian passport will make it easy for me to get visas and travel abroad.”

Although Majnu ka Tila gets its name from a Sufi mystic who is believed to have lived in the area during the 14th century, most Tibetans refer to it as Samye Ling, the name of an ancient monastery in Tibet. The word means “the place beyond conception”. The renaming seems to be an appeal to the imagination of a generation that is carrying on the struggle but yearns to establish its own place in a more stable future. 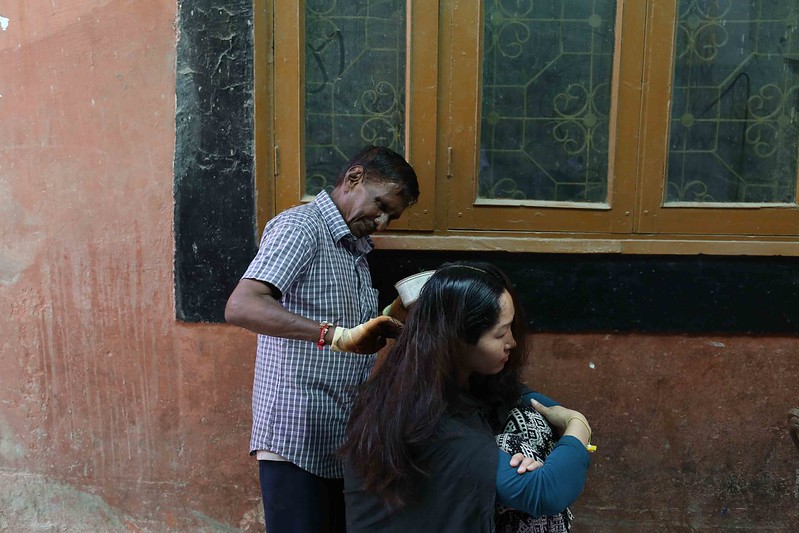 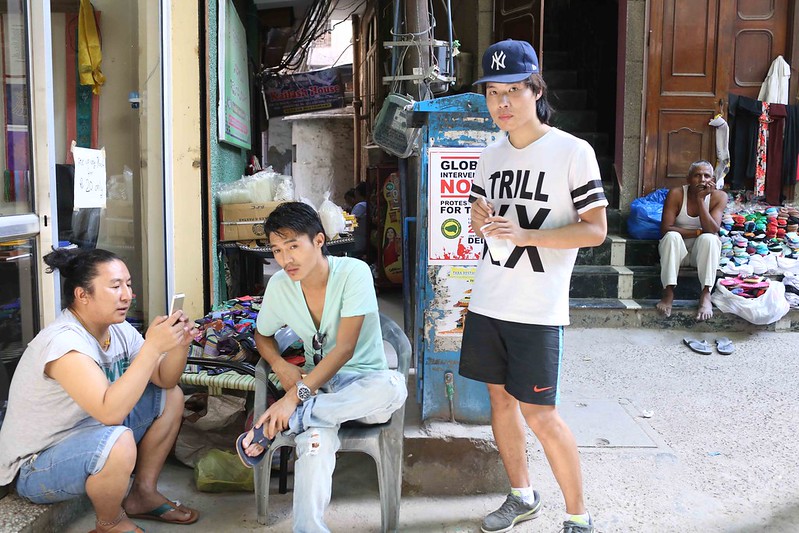 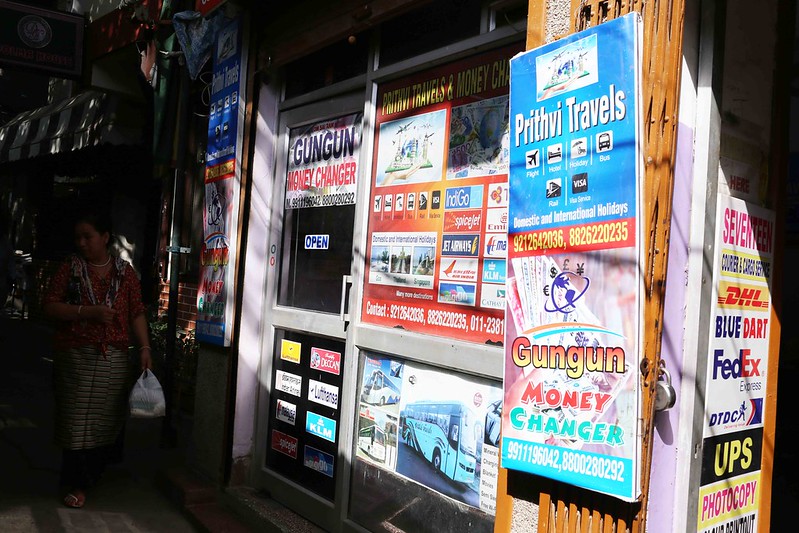 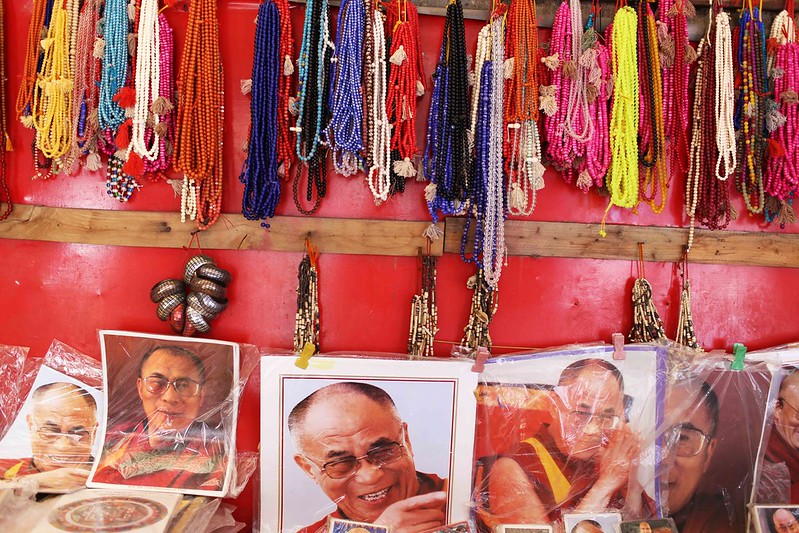 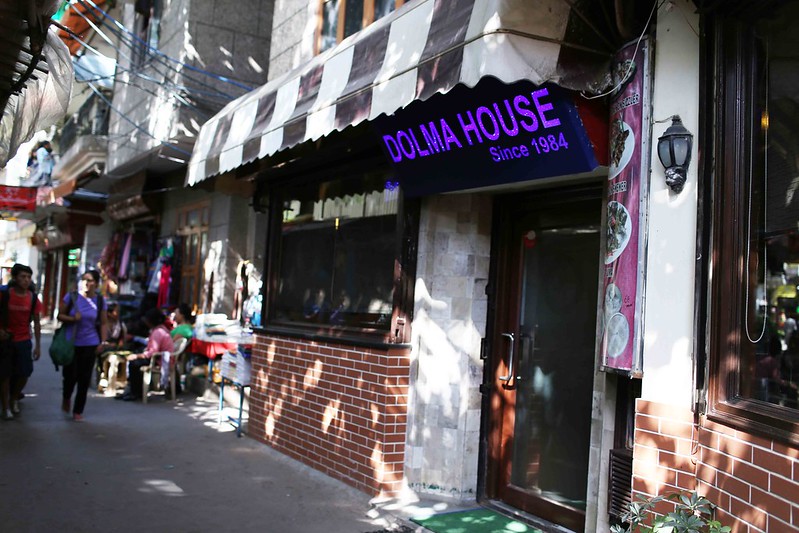 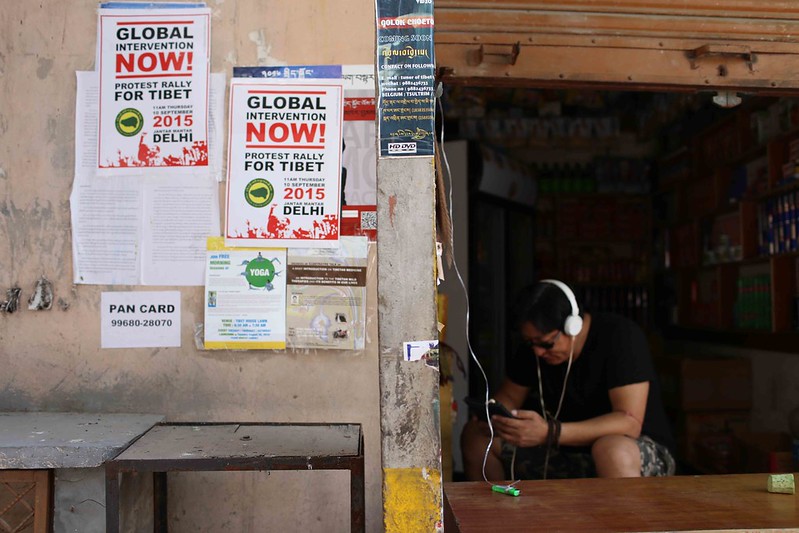 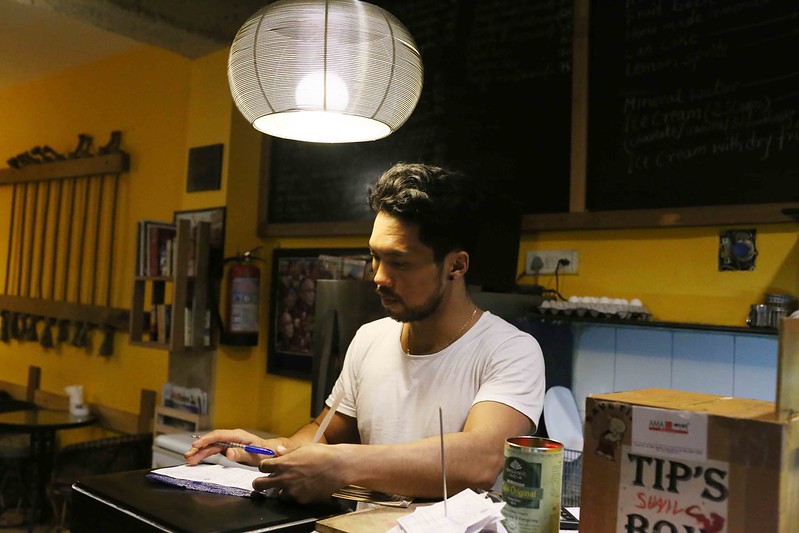 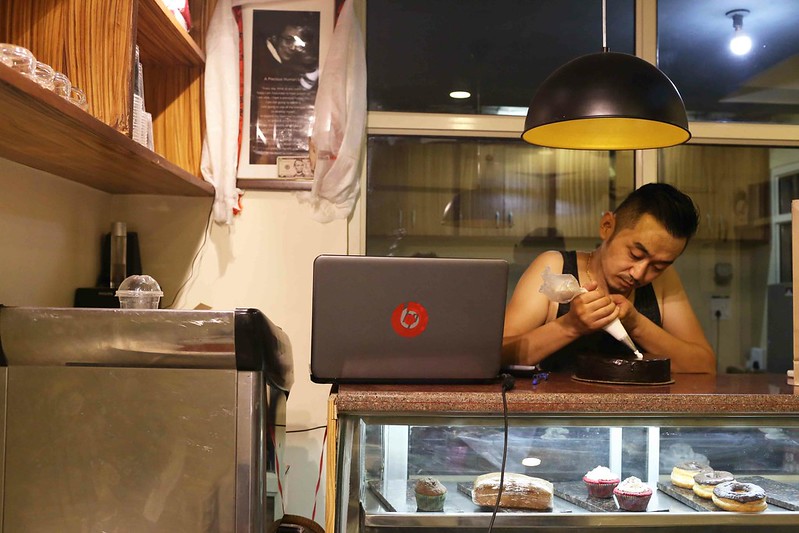 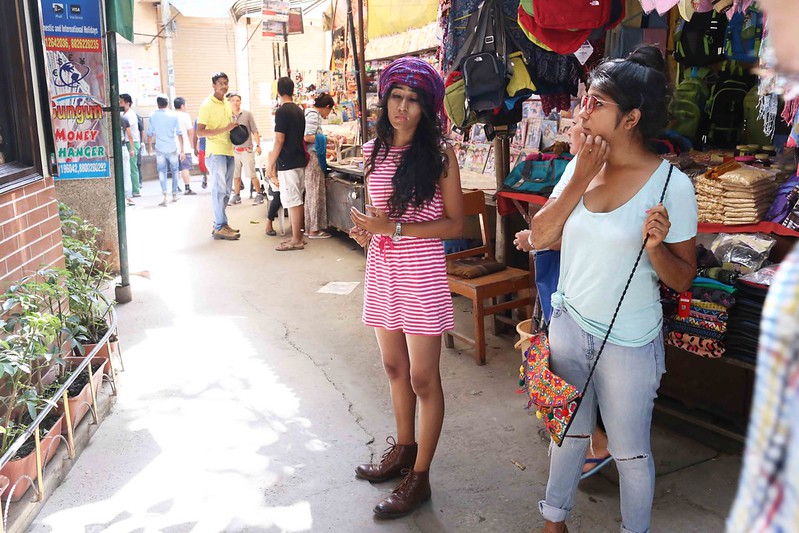 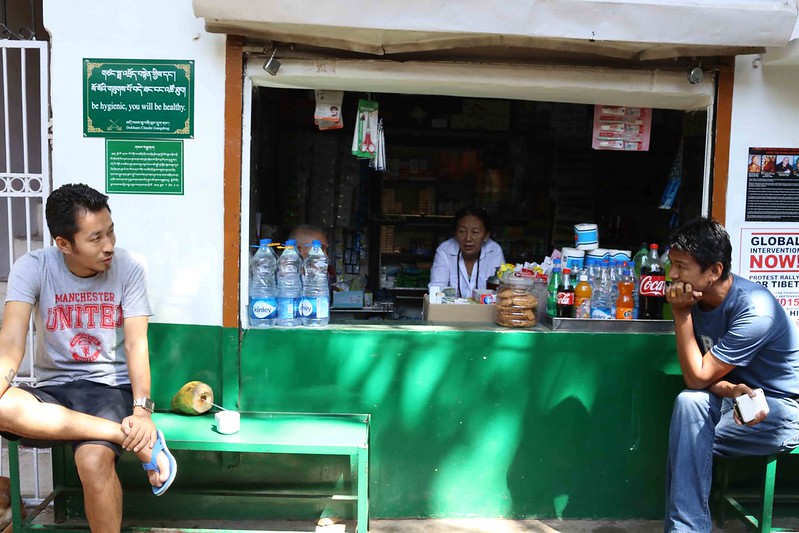 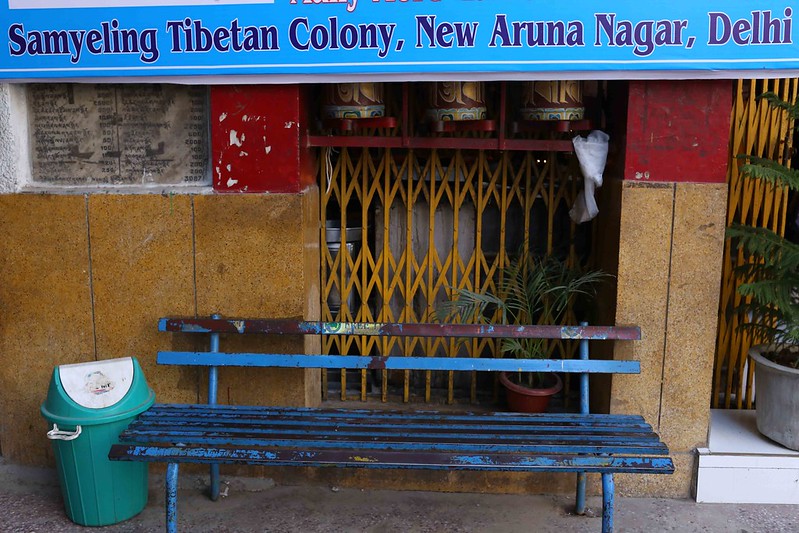 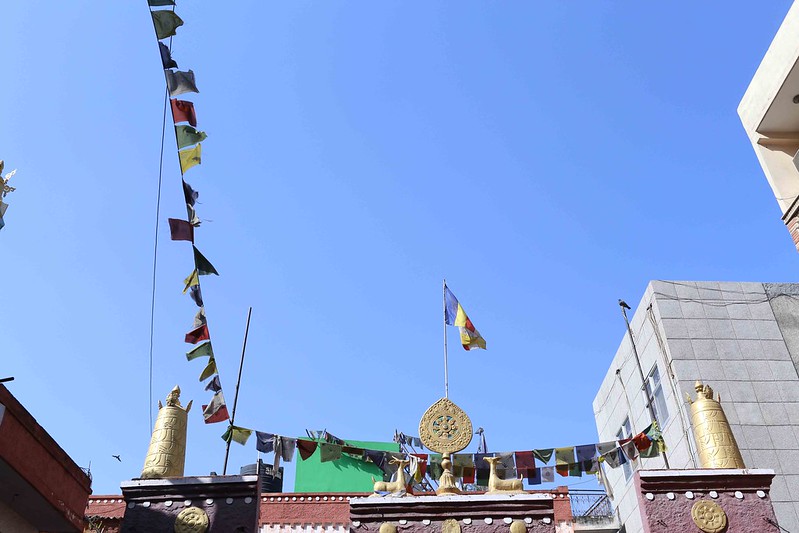 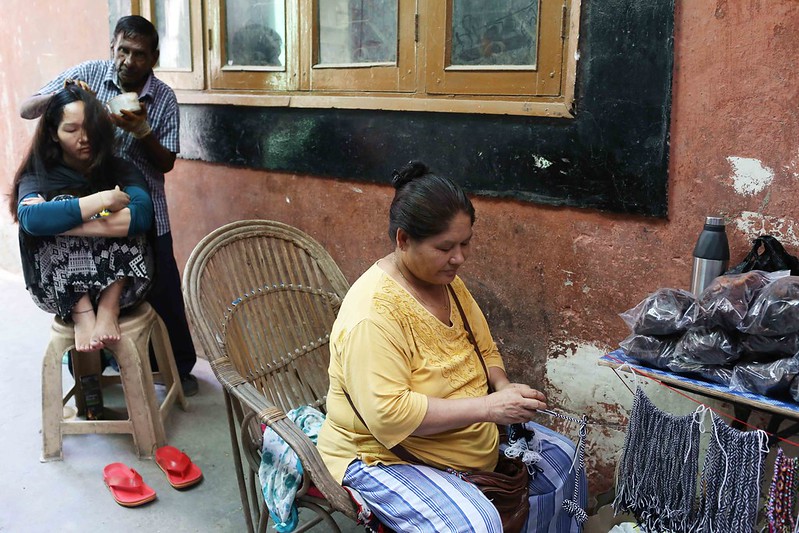