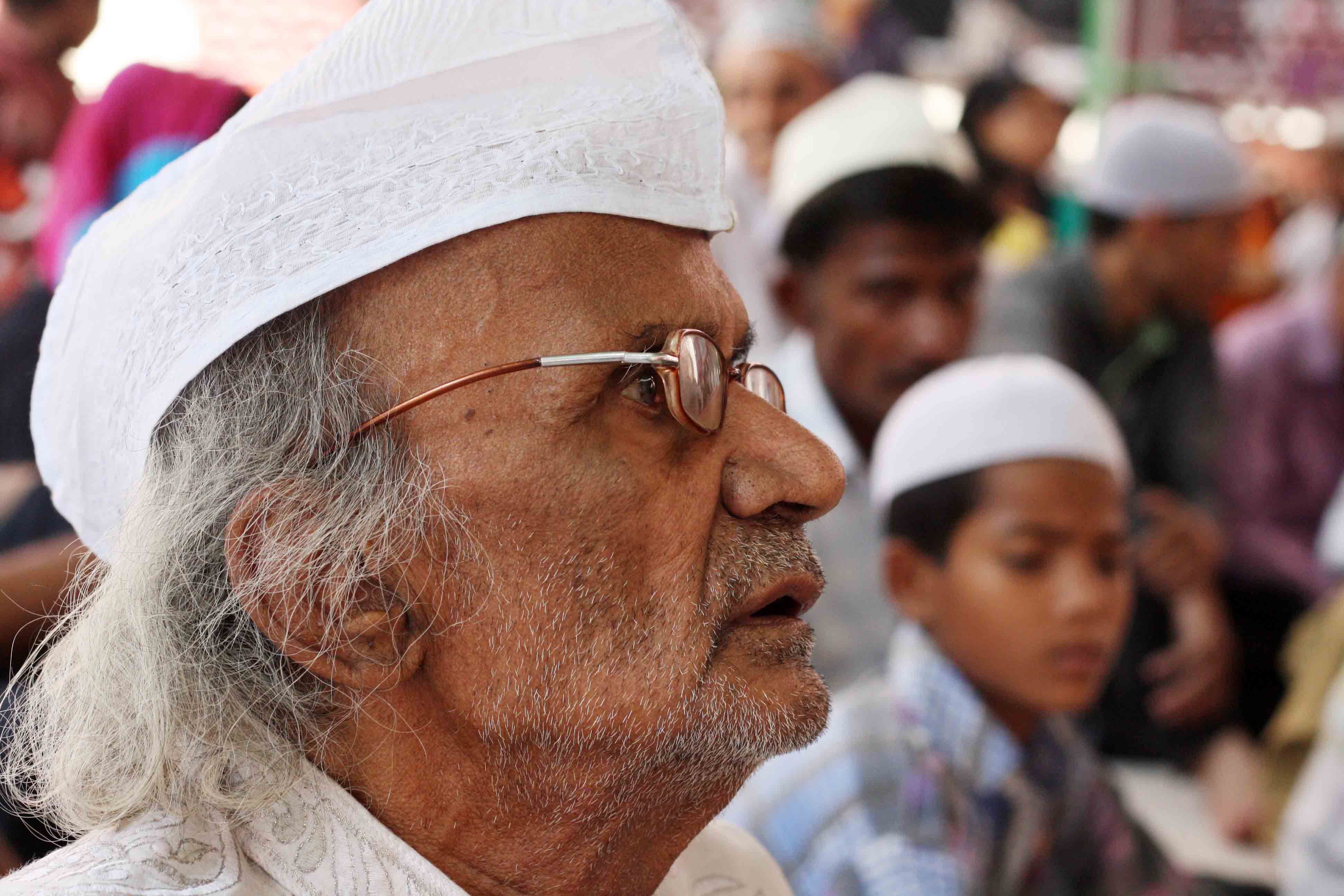 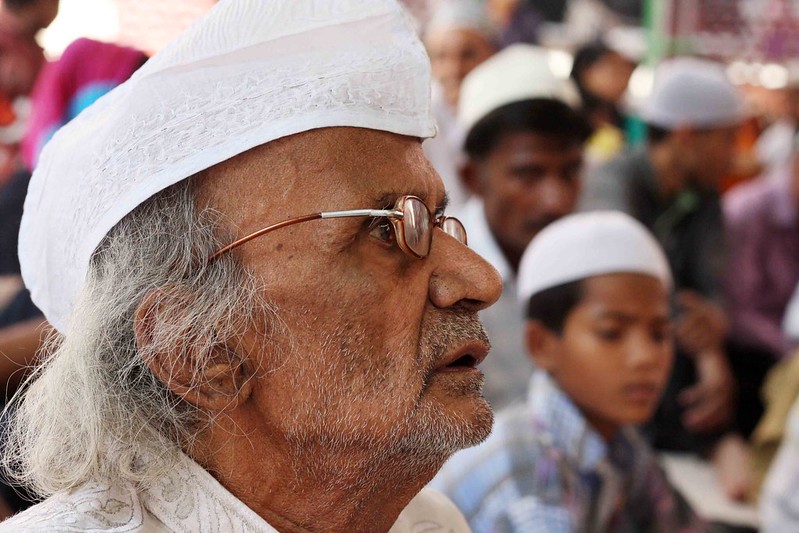 Passing of an era.

Qawwali, Islam’s sacred Sufi music offered in the shrines of the Indian subcontinent, confronts its biggest tragedy of our time.

Meraj Ahmed Nizami, the patriarch of Nizami Khusro Bandhu family in the Sufi shrine of Hazrat Nizamuddin Auliya in Delhi, died on the night of 18 October 2015. He was ill for a long time and breathed his last while on way to the hospital, his son Hasnain Nizami Qawwal told The Delhi Walla. Meraj was in his late 80s and was suffering from asthma and diabetes.

The news of Meraj’s death appeared in no newspaper. This is a great surprise.

Meraj was one of the few classical qawwals left in India. He rendered Persian Sufi verses most fluently in the old tarz, or melodies. Farida Ali, director of the dargah of Hazrat Inayat Khan, in the same neighbourhood where Meraj’s family has been singing every Friday for 40 years, told me once when we were talking of Meraj’s legendary status–“I have witnessed him creating a dynamic spiritual atmosphere of mystical haal (ecstasy).”

The more famous, however, of the Delhi qawwals is the much-younger Chand Nizami. The patriarch of the Nizami Bandhu family, he has  appeared in various Bollywood films. A rival to Miraj in terms of professional assignments, he was related to the great qawwal by marriage. The sister of Chand’s father was Meraj’s mother. His own sister was Meraj’s wife. But even Chand once told me, “Among all the qawwals in all the dargahs of Hindustan, Ustad Meraj is the most special.”

And now we have lost Meraj.

The man who was considered a living legend lived with his five sons, one daughter and two grandchildren in a one-room house in Nizamuddin Basti, the historic village in central Delhi that sprang up around the aforementioned 14th century Sufi shrine. I had been to his house when he was alive. Inside, there was one bed, which was taken over by Meraj and his books. A corner of the room was stacked with two harmoniums. The floor was laid with a mattress on which the family slept. The wall was decked with a “likeness” of Hazrat Ali, the cousin and son-in-law of Prophet Muhammad. A cardboard box of squawking chicks was kept below the TV stand. The steel almirah was broken. The window looked on to the Barakhamba monument, across Mirza Ghalib Street.

This was the home of a qawwal whose grandfather’s grandfather was the shahi gawayya (royal singer) in the court of Bahadur Shah Zafar, the last Mughal. Ustad Tanras Khan, founder of the Delhi Gharana, taught music to Zafar. His lineage is traced to Mian Samad bin Ibrahim, the leader of the Qawwal Bachche, a group formed by Amir Khusrau that is believed to consist of the world’s first qawwals.

Khusrau, a court poet to seven Delhi Sultanate kings, was closely associated with the evolution of Hindustani classical music. A disciple of Hazrat Nizamuddin, he was buried close to the Sufi’s tomb. The tradition is to first pay respects to Khusrau before entering Nizamuddin’s grave chamber. The two tombs are separated by a marble courtyard, the venue where Mian Samad’s descendants have been singing qawwalis through the centuries, right down to Meraj and his sons.

Every day the qawwalis are offered here. Thursday evening is special because it precedes Friday, the week’s holiest day in the Islamic calendar. Out of the several families that sing in the dargah, only Nizami Khusro Bandhu and Nizami Bandhu live in the dargah’s vicinity.

The last time Meraj and his sons toured abroad was in the summer of 2010 when they were invited to Yangon to sing in the Urs, the death anniversary celebrations, of Bahadur Shah Zafar, whose tomb lies there.  Otherwise Meraj’s appointment diary had been empty during the last few years of his life. It might be because he was old and also because he had strong opinions against performing for what he told me were “timepass gatherings”. “Qawwalis are offered as prayers,” Meraj told me once, “and not sung for picnics.”

A classical Sufi singer who never took his kalaams (verses) lightly, Meraj had a personal repertoire of poetry that had come down to him from his ancestors. He used to sing Rumi’s Masnavi fluently in its original Persian version, a rare feat among qawwals. Like Pakistani Sufi singer Abida Parveen, his ability to add girah was legendary. Girah is a special aspect of classical Sufi qawwals where verses from various poems are seamlessly woven into one single qawwali. For instance, if Meraj sang a Khusrau poem, which has verses in Persian and Purabiya, he manipulated the composition by bringing in Kabir Das or Bedam Shah Warsi in the Purabiya portion, and Rumi or Jami in the Persian segment.

Comparing himself with Meraj, Chand once told me, “If I know three verses of a Persian ghazal, Ustad Meraj knows seven verses.”

Meraj’s stature was matched only by classical qawwals such as the late Aziz Warsi of Hyderabad and the late Murli Qawwal of Lucknow. It was Meraj who introduced Kabir Das’ dohas, Meera’s bhajans and Bulleh Shah’s kafis in the Sufi shrines.

“Meraj imbibed an understanding of verses by keeping the company of great Sufis and poets,” Farida Ali told me. “He had extensive knowledge of dargahs in India and Pakistan.”

During his rare public concerts, Meraj’s children would gently move their father to the side of the stage if the audience demands blockbuster Sufi film songs such as A.R. Rahman’s Khwaja Mere Khwaja. A decade ago the father permitted the sons to start singing at parties as long as he didn’t have to go. He once explained that decision to me with this verse:

(If the stomach is full, then the world shines; If the hunger torments, then the faith shakes)

Once Meraj deigned to shoot a qawwali sequence for a film, which turned out to be embarrassing. “I didn’t know the story.” It was Deepa Mehta’s Fire, a film about homosexual women.

On Thursday evenings, people who may or may not be into Sufism but are curious about Sufi music visit the Nizamuddin Dargah in great numbers and respond enthusiastically when qawwals sing crowd-pleasing compositions such as Allah Ho o and Dama dam mast qalandar. Chand and nephews also attend the special mehfil. Meraj’s sons too are present though old age usually kept him away.

About 20 years ago, Meraj had twice the energy. He led the mehfils during the Urs of Hazrat Nizamuddin and Amir Khusrau (Chand would be sitting somewhere behind him). He headed the qawwali gatherings in other dargahs, in and outside Delhi. Always dressed in pyjamas, achkan and topi, the erudite qawwal didn’t just recite the verses, but explained their subtleties. Artistically, he was a snob and a qawwal had to be truly accomplished to earn his respect. Professionally, he never cared for money and was focused on keeping his form’s purity.

In the last few years, Meraj had grown frail, his eyes were sunken, his voice had dimmed and he had reduced his public appearances. He still commanded awe, however. “Every time a scholar from the West lands in India to understand qawwali,” eminent singer Dhruv Bilal told me once, “he heads straight to Meraj’s impoverished dwelling.”

What will happen once Meraj leaves the scene? I had asked this question to Ms Qureshi a few years ago. A professor of music at the University of Alberta, Canada, she had said, “The loss of Meraj will be epochal. In both his person and his art he embodies a lifelong commitment to the musical and poetic heritage of qawwali, enriched by his knowledge of the spiritual as well as cultural values of Sufism.”

Meraj lies buried in the Panj Peeran Qabristan, a graveyard that is a walking distance from his home .

The death of the great qawwal 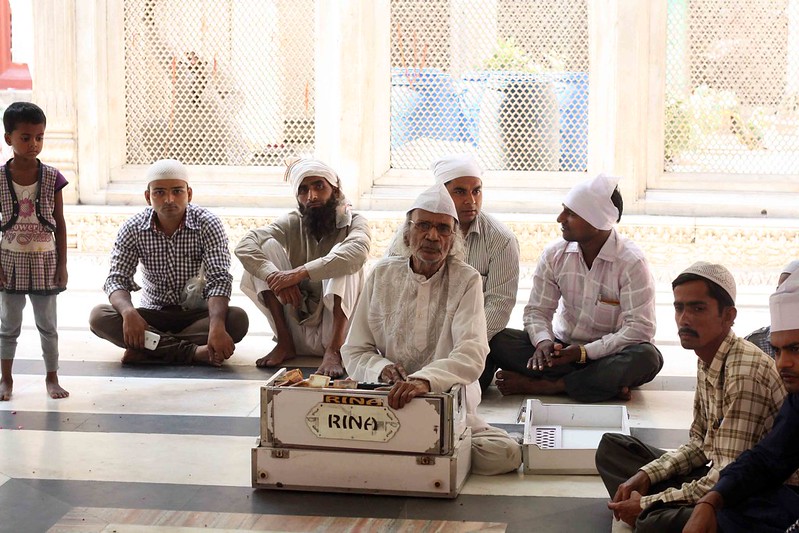 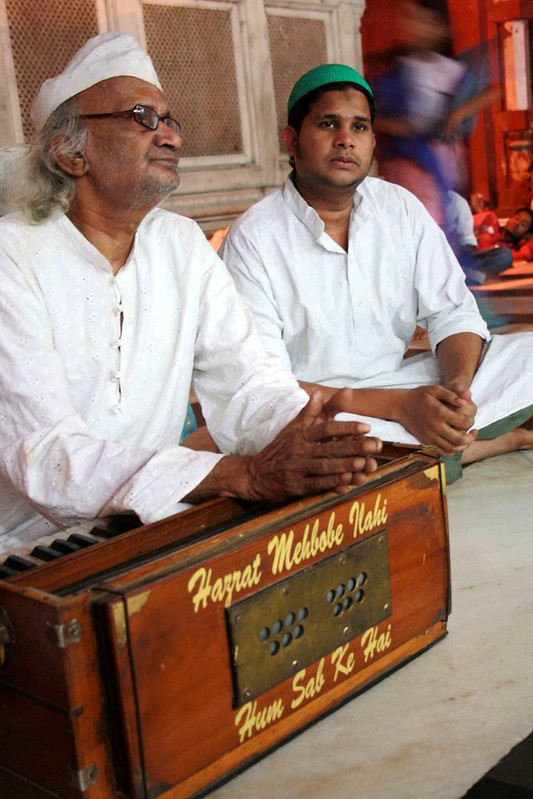 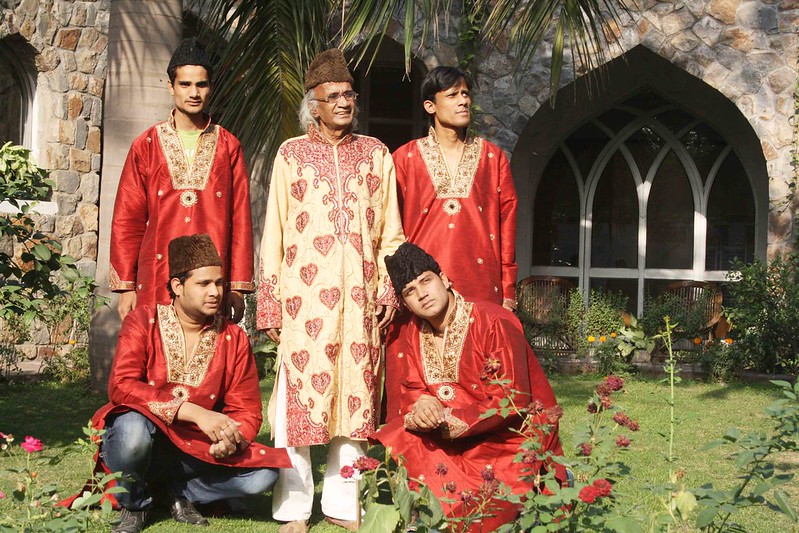 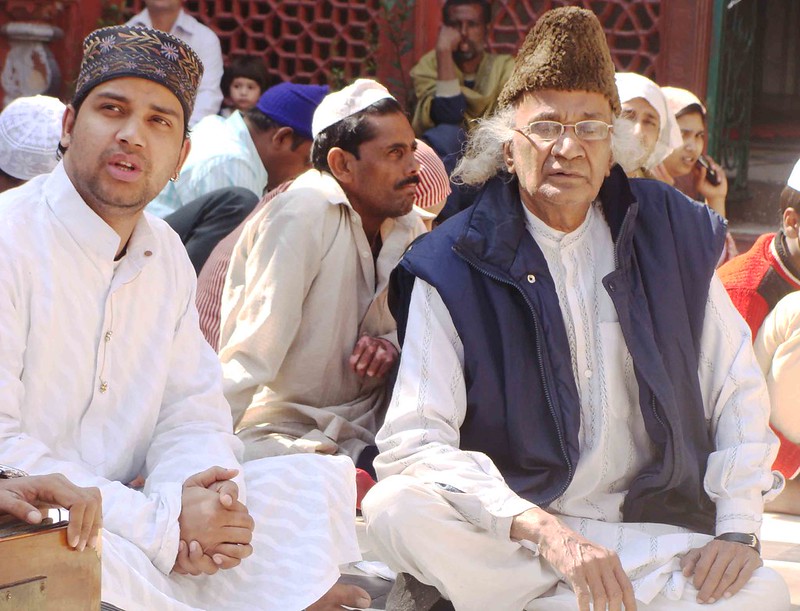 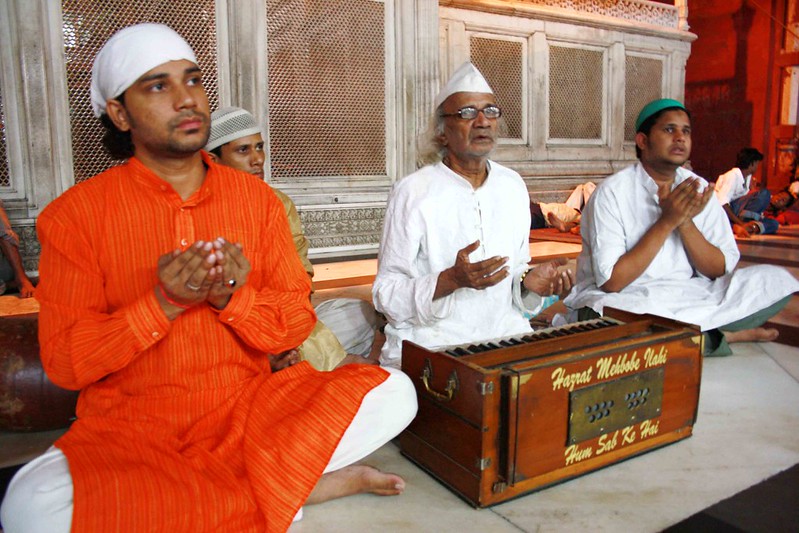 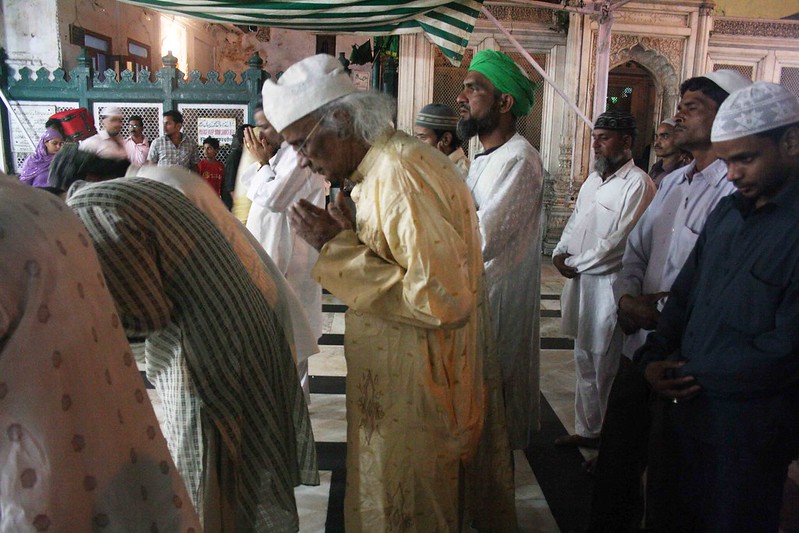 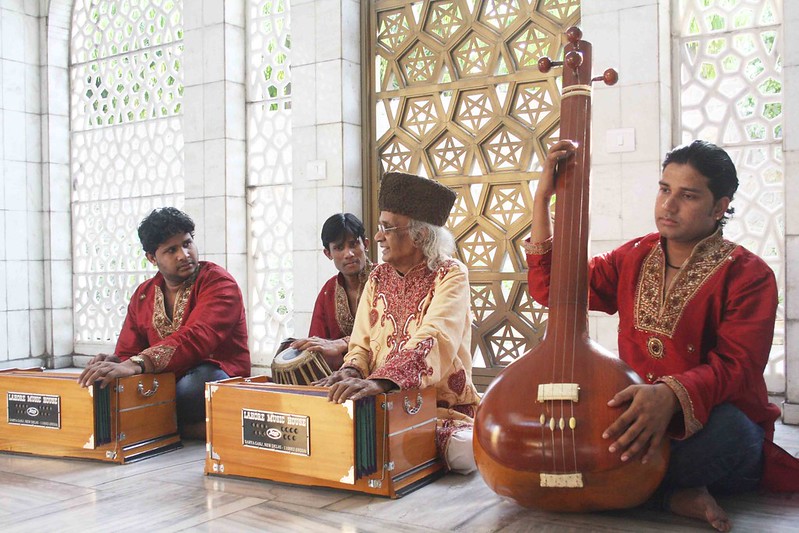 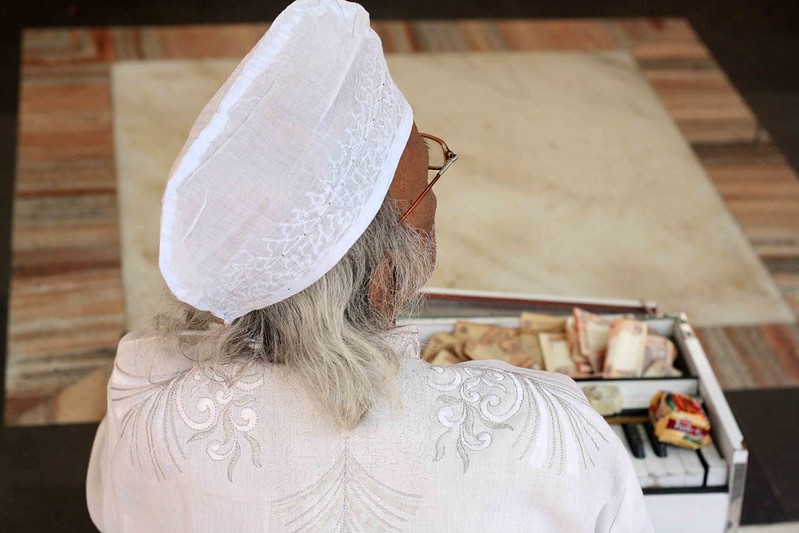 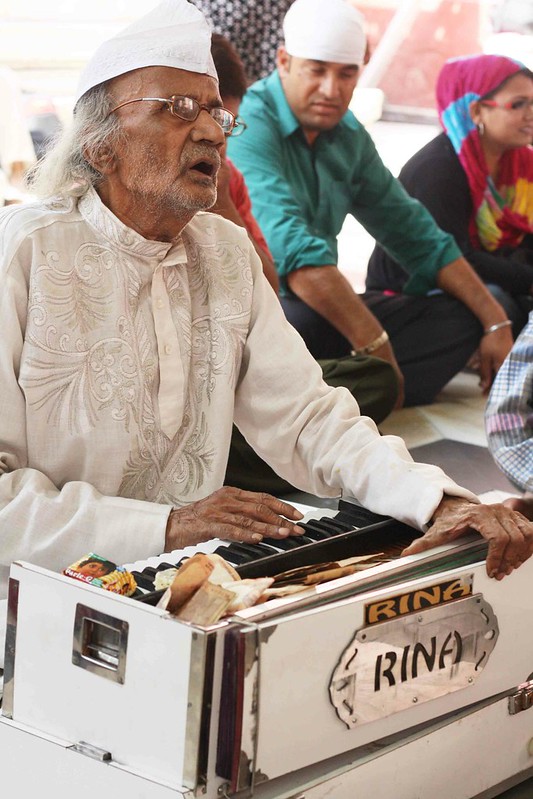 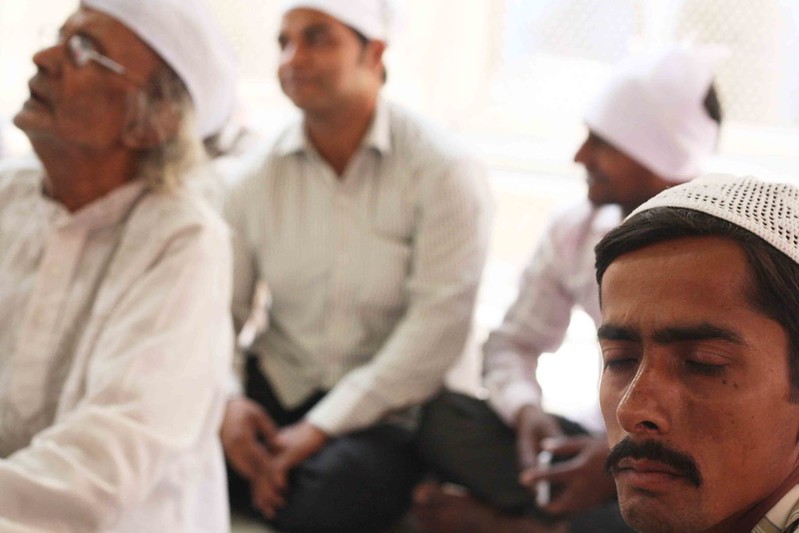