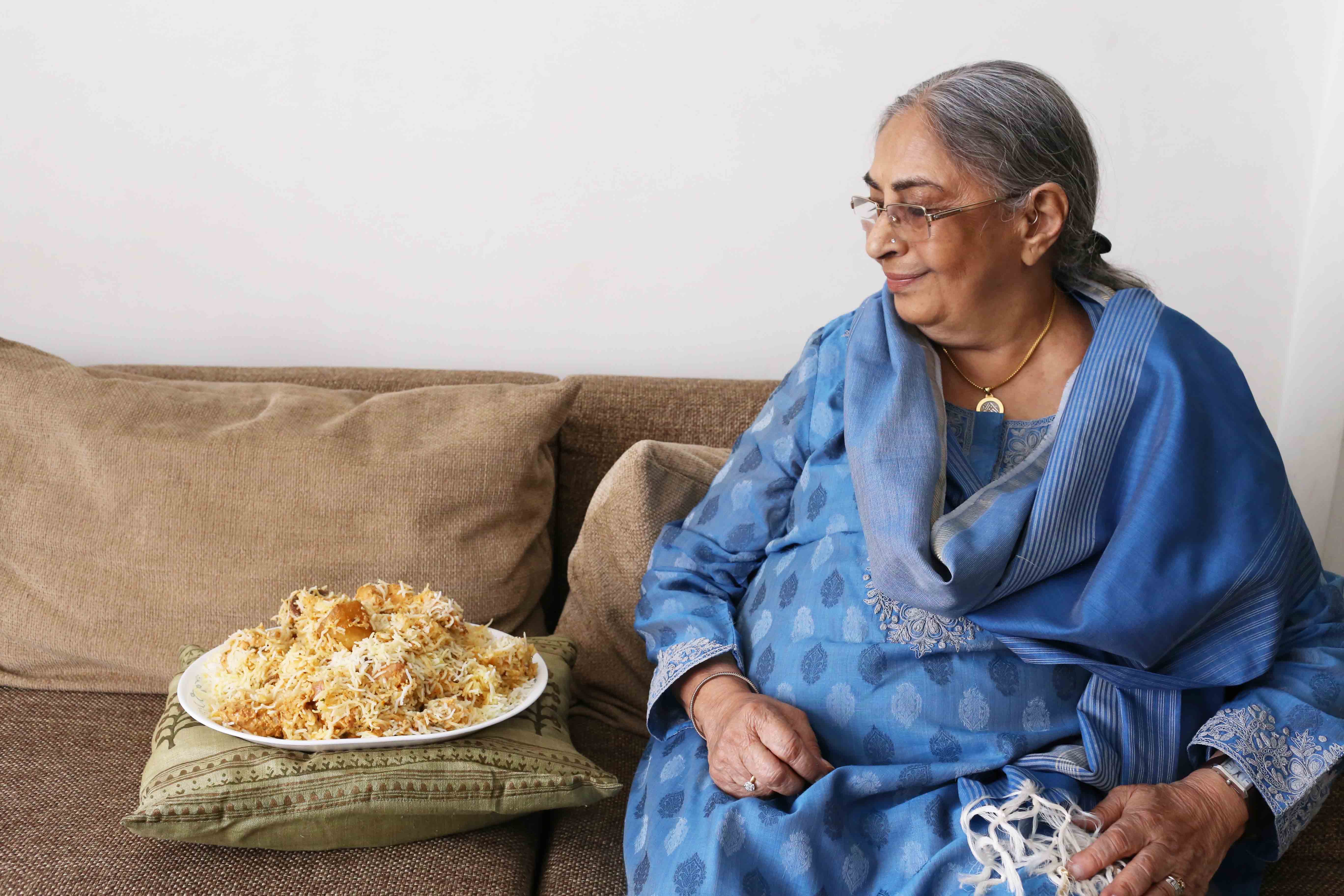 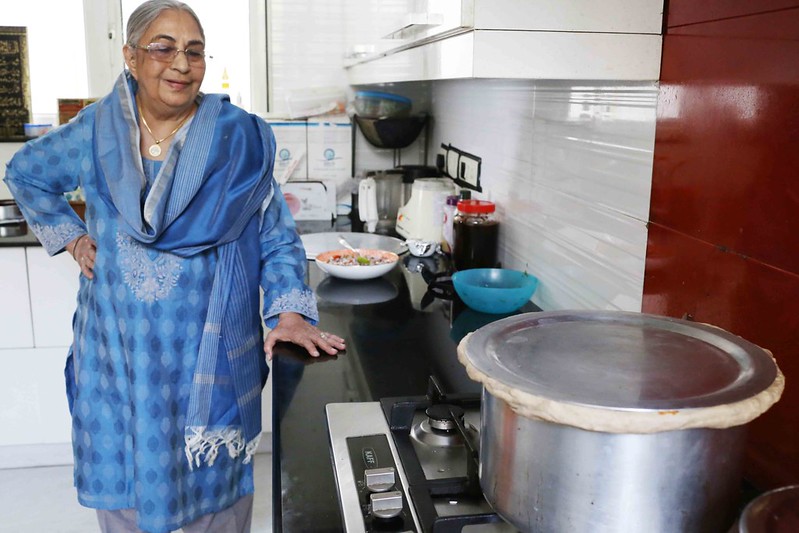 Meet the Julia Child of South Delhi’s Greater Kailash Enclave Part-I. In her mid-80s, Sakina Mehta finds happiness in listening to birdsongs. She divides her time between her home in Bombay and her daughter Himani Dehlvi’s home in Delhi.

Ms Mehta is a Bohra Muslim, a community with distinct culinary traditions. She grew up in Bombay with six sisters; there she married Tyeb Mehta, who went on to become one of India’s most celebrated painters. Ms Mehta also lived for a long time in Delhi with her late husband during his years of struggle. Here the couple shared a small rented apartment in Hazrat Nizamuddin East—at that time it was still not an upscale neighbourhood.

Life was challenging for the couple during those Delhi years and Ms Mehta did not have the luxury of a cook—everyday she had to make meals for her in-house artist and her two children. This was a woman whose mother never allowed any of her daughters to work in the kitchen. Instead, Sugra Bai guided her longtime cook, Ali Husain, into the intricacies of the Bohra way of cooking.

Ms Mehta prepares Bohra Biryani for us, which, she says, is less dry and spicier than the biryani found in Delhi. “It is made with lamb but I will use chicken,” says Ms Mehta—she is being assisted by her daughter’s cook, Muhammed Zakir. “I gave up red meat along with Tyeb when we had to overhaul our diet after his first heart attack in 1983.”

Here is the recipe of Ms Mehta’s ‘Bohra Biryani’.

Leave the chicken to marinate overnight in a shallow tray.

Next morning, grind 2 green chillies, a small bunch of coriander leaves and 6 Garlic pods together. Take 4 tsp of ghee/oil and fry this mixture lightly, add it over the marinade. (I use ghee instead of oil, it gives a nice fragrance.)

Peel potatoes, cut into halves, soak them in water with a dash of salt. Deep fry them in the oil used for onions till the potatoes are a nice reddish brown. Add to the marinated chicken.

Take a few strands of saffron and soak them in half a cup of warm milk. Keep aside.

Soak 1/2 kg Basmati rice for 1/2 an hour. Heat water in a large pot with 2 bay leaves and some salt.

Add the rice into the pot and let it boil till lightly cooked. Drain rice. Take care not to let the rice cook too much as it needs to cook with the chicken as well.

Take another large pot, add oil/ghee and heat. Add half of the semi-cooked rice and spread it out evenly. Now add the marinated mixture of chicken and potatoes. Add the remaining rice and cover the chicken completely.

Pour the soaked saffron to the biryani.

Take half a cup of water and rinse out the left-over masala of the marinated chicken from the tray and pour this over the rice. This prevents wasting the masala as well as adds flavour on the top layer of rice.

Now seal the pot with the kneaded dough, put a lid on the pot and keep the brick over it. Cook for an hour on a low flame.

The biryani is served with a salty-sugary yogurt and a kachumber salad of chopped onions, tomatoes, green chillies, coriander leaves, flavoured further with salt and lemon juice.

The making of Bohra Biryani 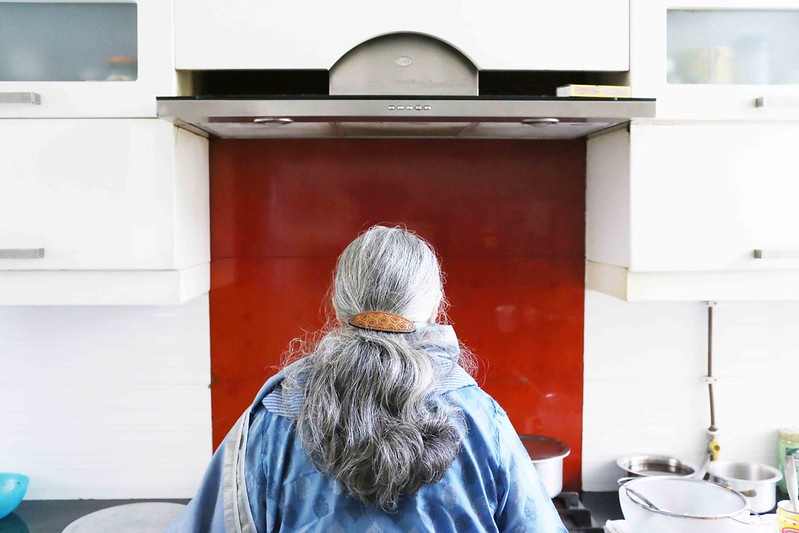 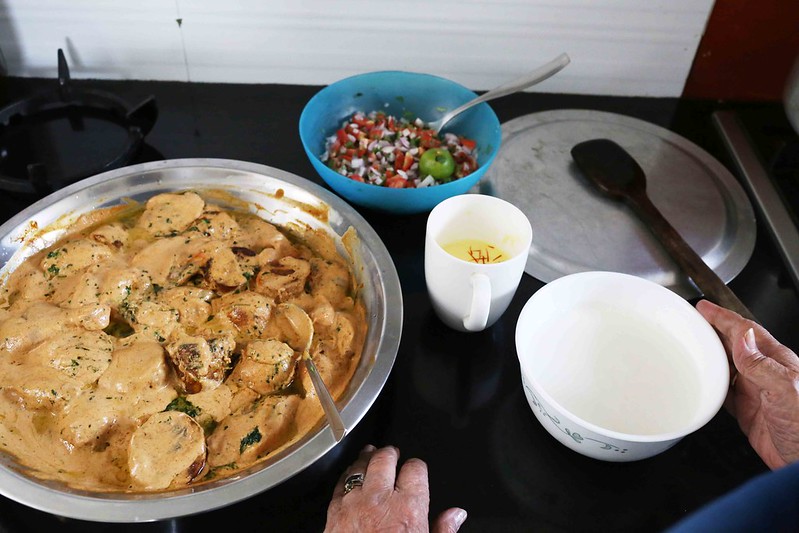 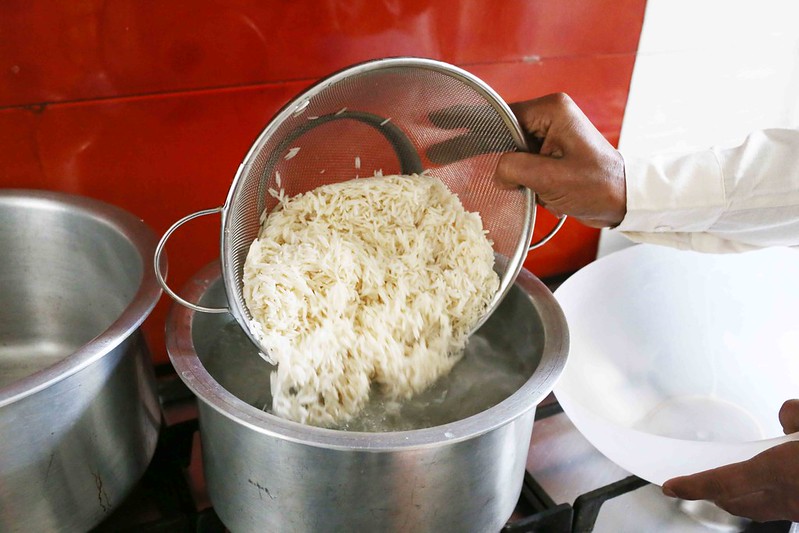 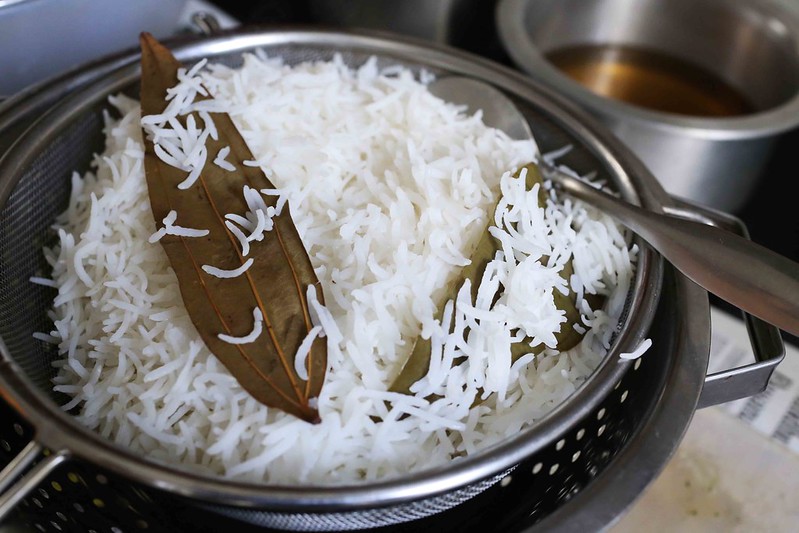 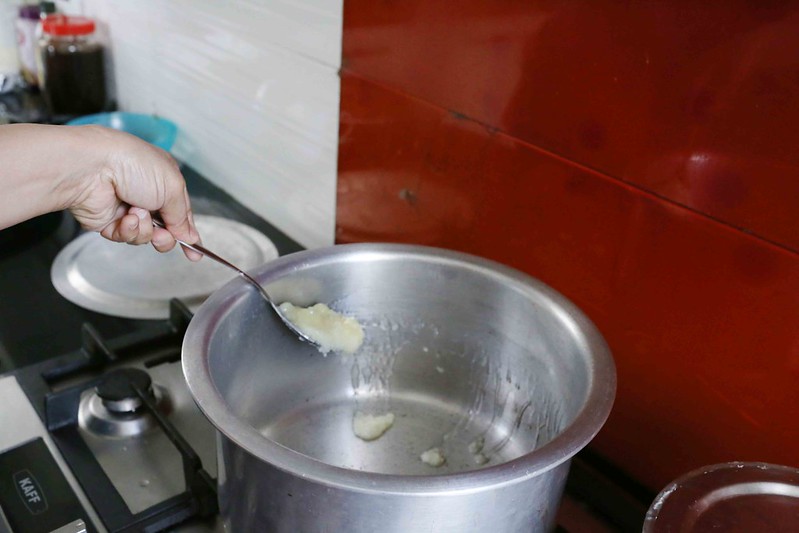 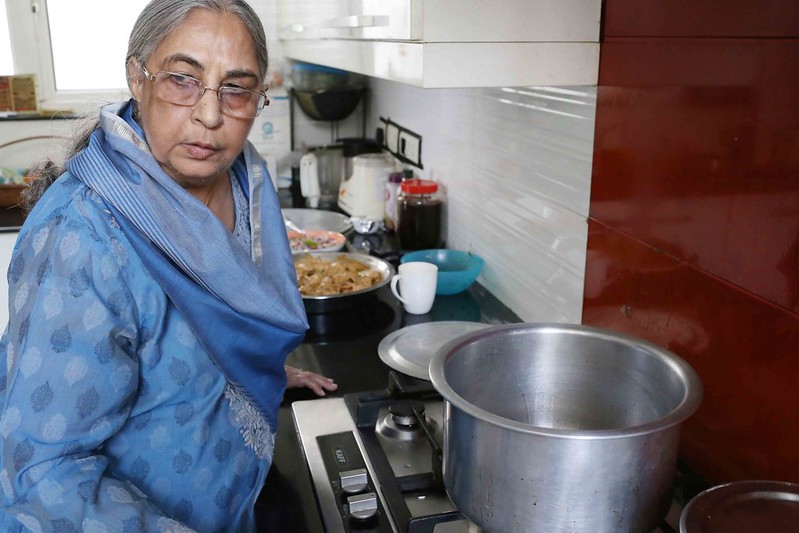 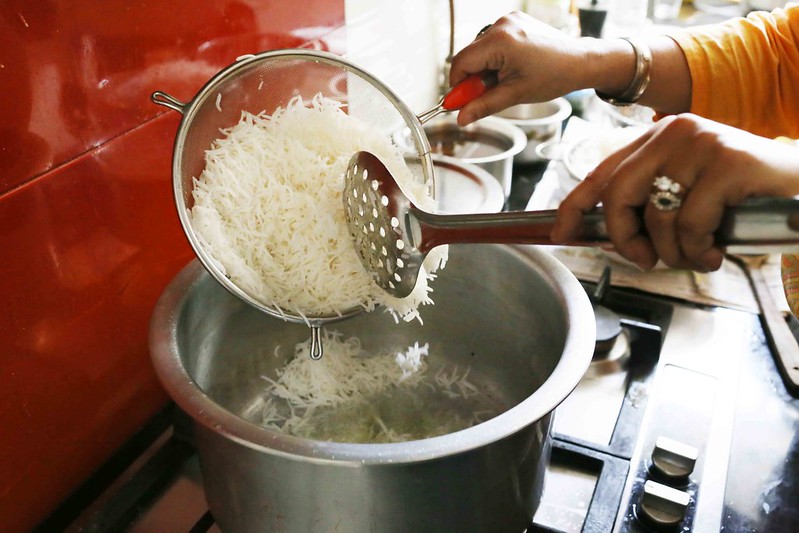 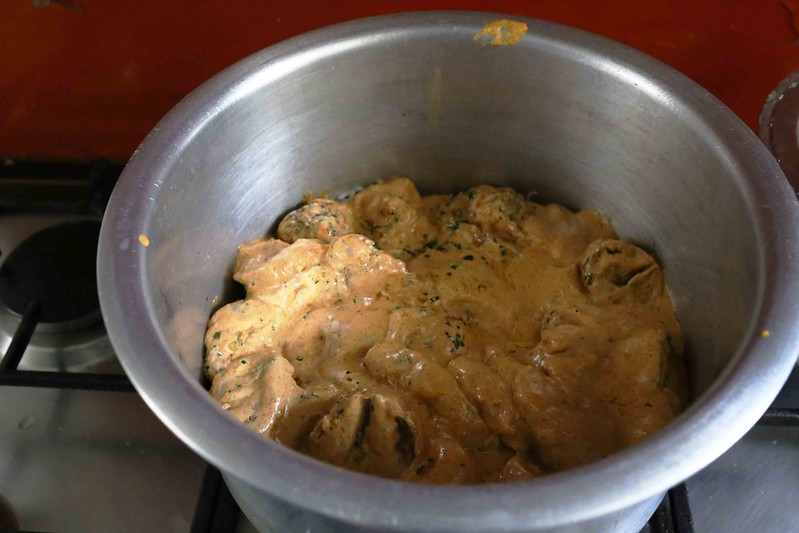 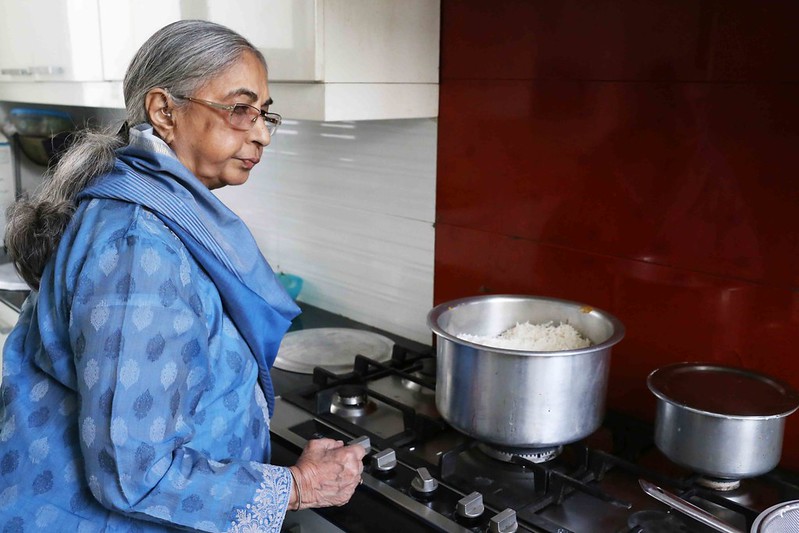 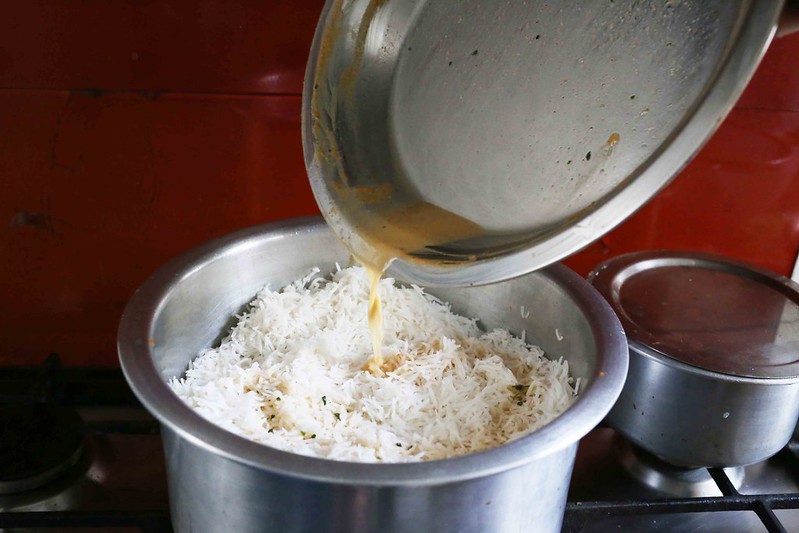 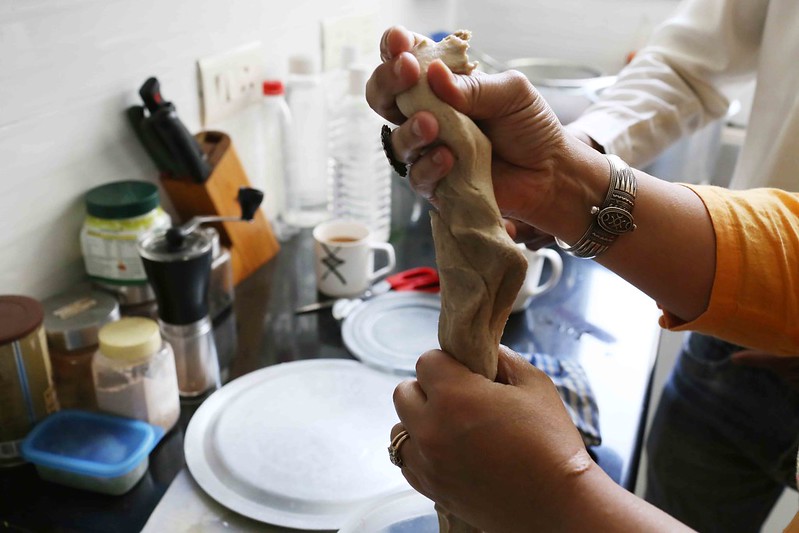 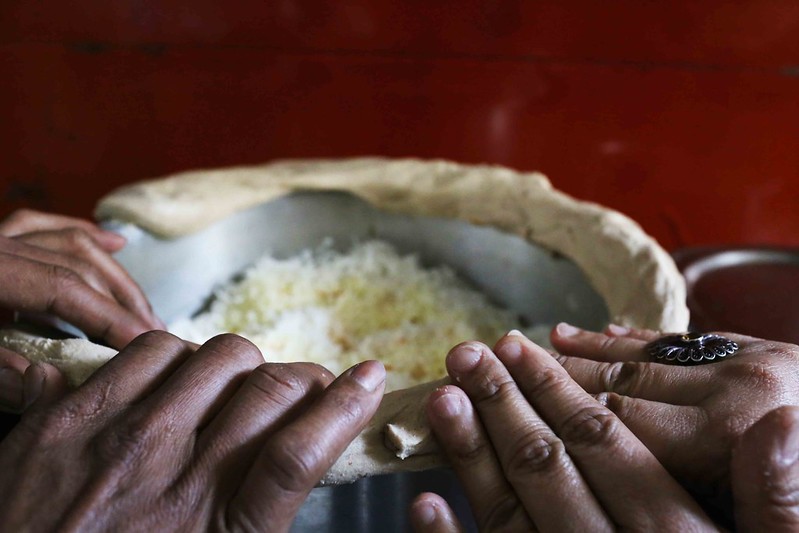 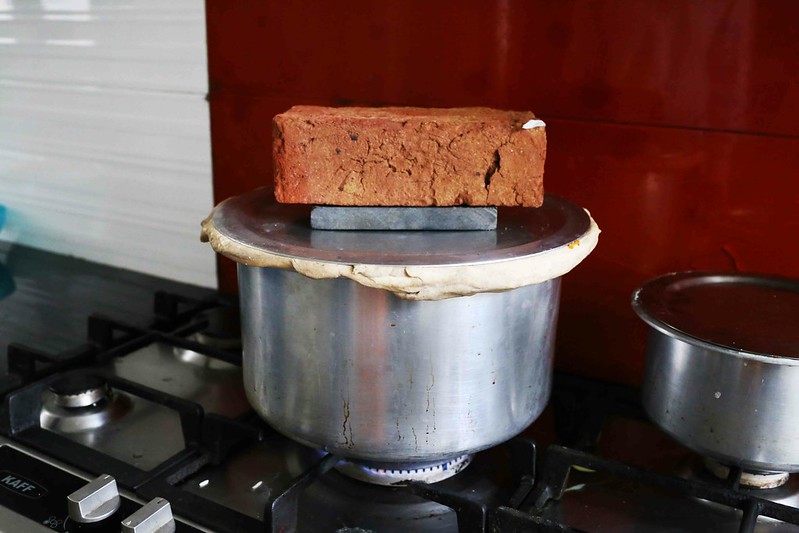 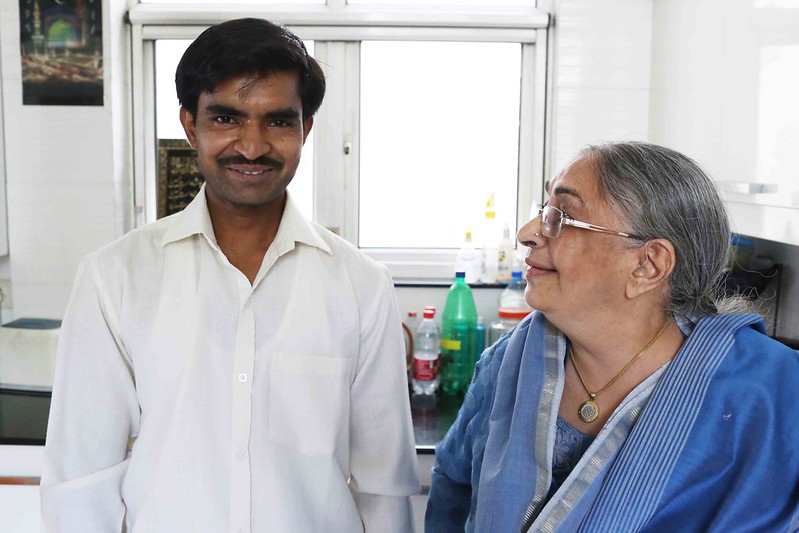 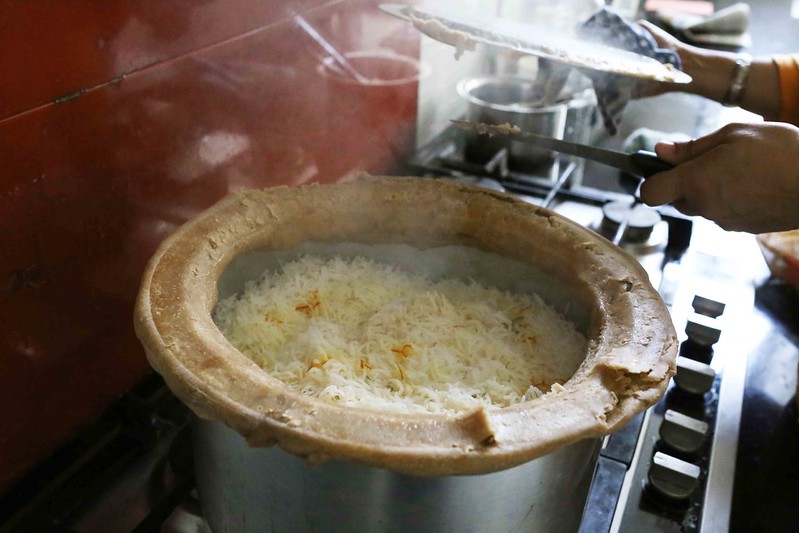 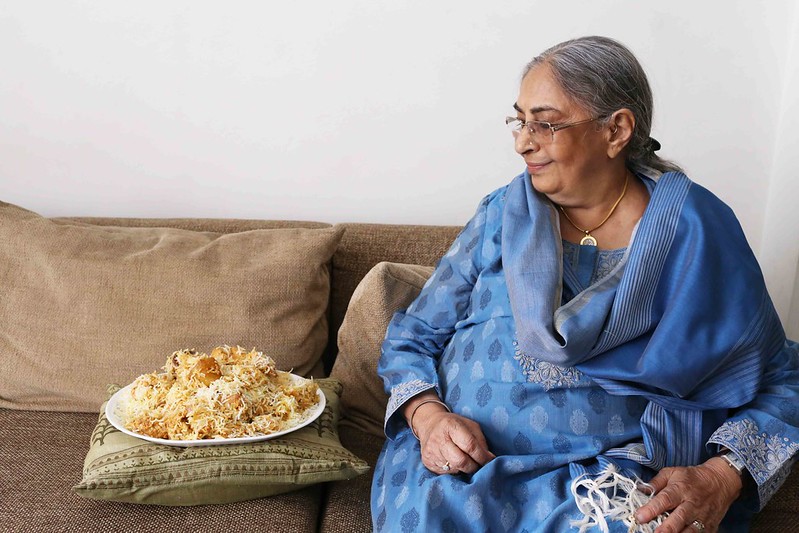